They live... - Scavengers and zombies 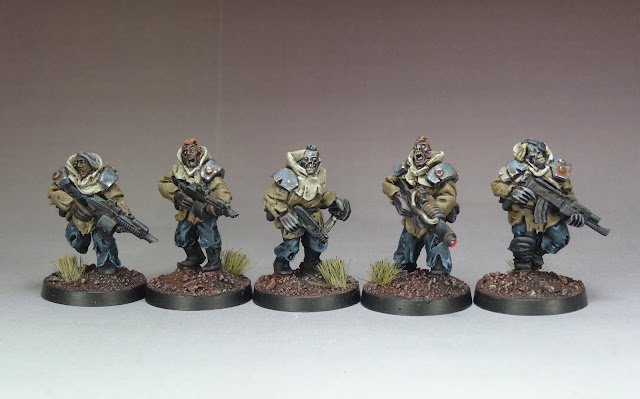 Playing all those undead lately must have got to my head... I've never found zombies, ghouls and most undead as appealing as now...
Like some sort of sign from destiny, I was offered the chance to paint a few of the scavengers by Macrocosm. Those just fit perfectly with the kind of characters I want to be able to put on the table just to put a bit of pressure on players.


Those have been sculpted by Adam Gayford and the sculpts have a very nervous and straight to the point style that makes them both enjoyable and quick to paint.
Since they were all wearing the same sort of outfit, I opted for a semi military/militia look which will make them stand from the mass of soulless meatbags around them. 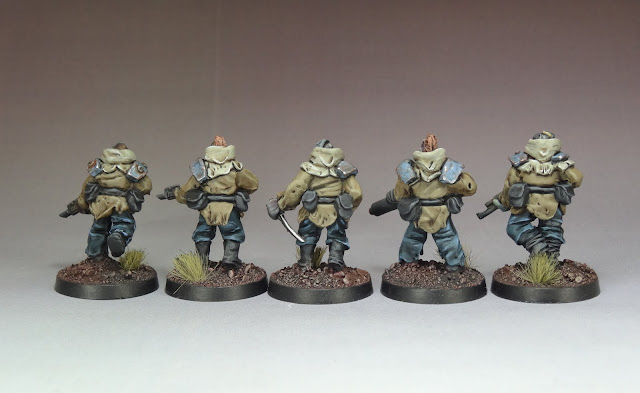 Painting wise, you might have noticed a bit of "influence" or "inspiration" from John Carpenter's "they live".
If you want to get those scavengers (and there's more coming), go check them out HERE as a limited edition set before the Kickstarter airs. 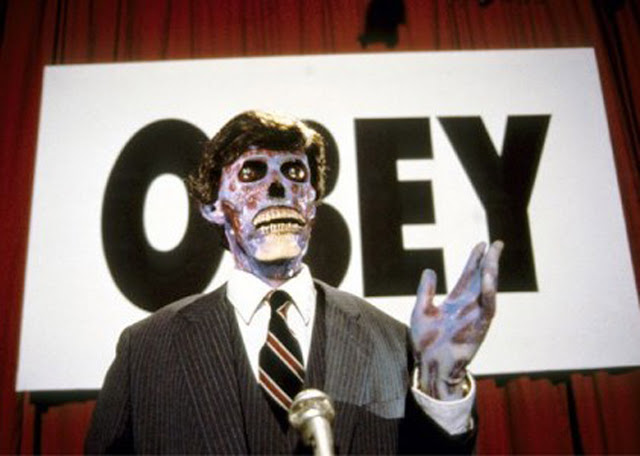 Now with those in the pipes, I realised I had 3 Mantic ghouls left half done on my desk. They were models I had forgotten to build when My brother Crooks and I had this little painting challenge. Just like for the first 8, I really went for the most shameless speed painting standard which, given the nature of the model and standrad of the sculpts, you'll forgive. 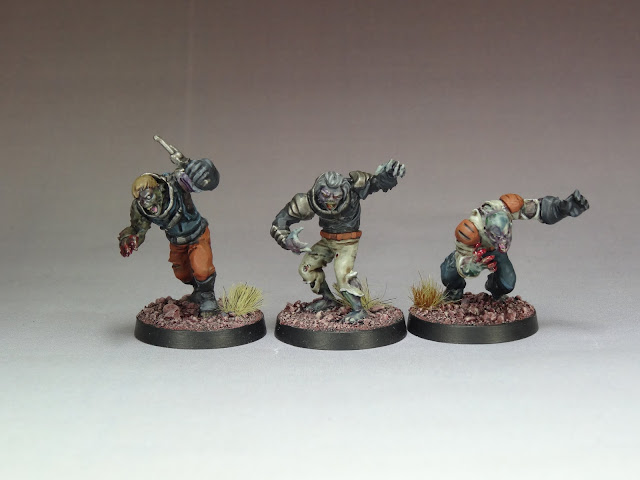 Three is a crowd but 3+8=11 is even better of a crowd and looks a bit more menacing in the streets of whichever city or town I'll make them roam... 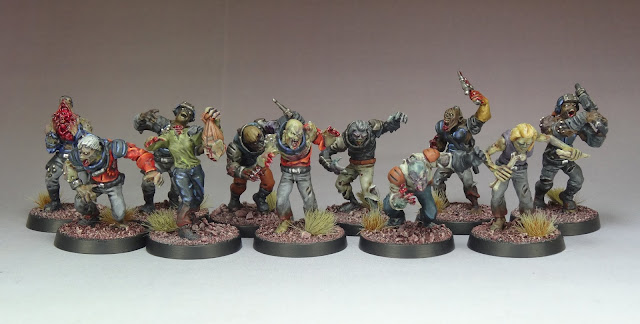 I'm very glad to now have a good variety of space undead to populate tables or maybe to use in a campaign I might have the idea of...

Oh but wait, space zombies ? Underhive ? I'm sure I'm missing something here, wait, it's on the tip of my tongue... 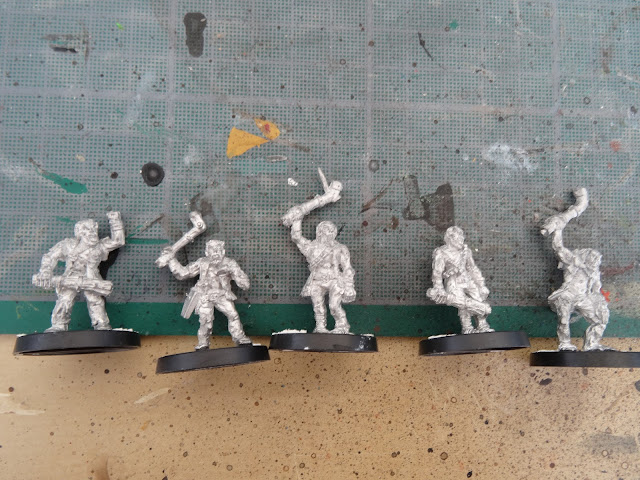 Oh yes, that's right, can't really think of having zombies in the underhive without #justiceforgary, can I ? (I can't).


In the meantime, I have to prepare a few things for a gaming convention in a couple of weeks. I'll have the occasion to see a few friends and meet new ones, all around good gaming opportunities. Could be worse.

Oh and just because (one of my favourite CC songs) :