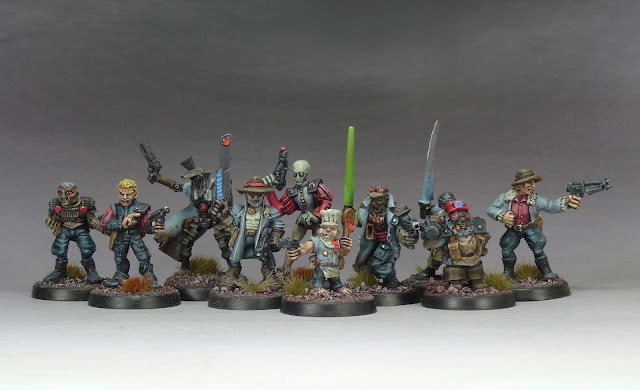 Hey all, so after a little summer break I managed to get a few things out of the workshop, some I can't show yet and some I just finished and need to get out of my system like this Stargrave band !
Now Stargrave has been out for a little time now and despite it being the game many of my friends and I awaited, I've found myself lacking deadlines and games prospects to fully dive into production.
I could obviously pick from the several bands I've painted over the years but you know how it goes, one needs something a little fresh and fancy !
With that in mind, I knew pretty much from the start (actually from before even getting the rulebook) I would want to make a band out of the most classic sculpts from the Rogue Trader era. There's a little modern intruder of course but he really seemed to be made for that band.
Read Moar Skullz »
Publié par Asslessman 20 comments: