"Gentlemen, we can rebuild him. We have the technology. We have the capability to make another converted beastmaster. Krontharg Hornhelm will be that man. Better than he was before. Better...stronger...faster."

You know what? I love broken models. I mean I love buying or trading for broken model when I know I'm buying them broken. After an exhausting week-end with friends, I came home with little energy and no will to throw myself in some tiring and troublesome hobby time. I felt like playing with my lead though.
What does a man do in these kind of situations? A man makes conversions, that's right. A man gives a second life to a damaged model.

Yesterday's victim was a splendid Jes Goodwin chaos warrior. I already have one like him and it's already painted and amongst a bunch of chaos warriors in the middle of my chaos army. 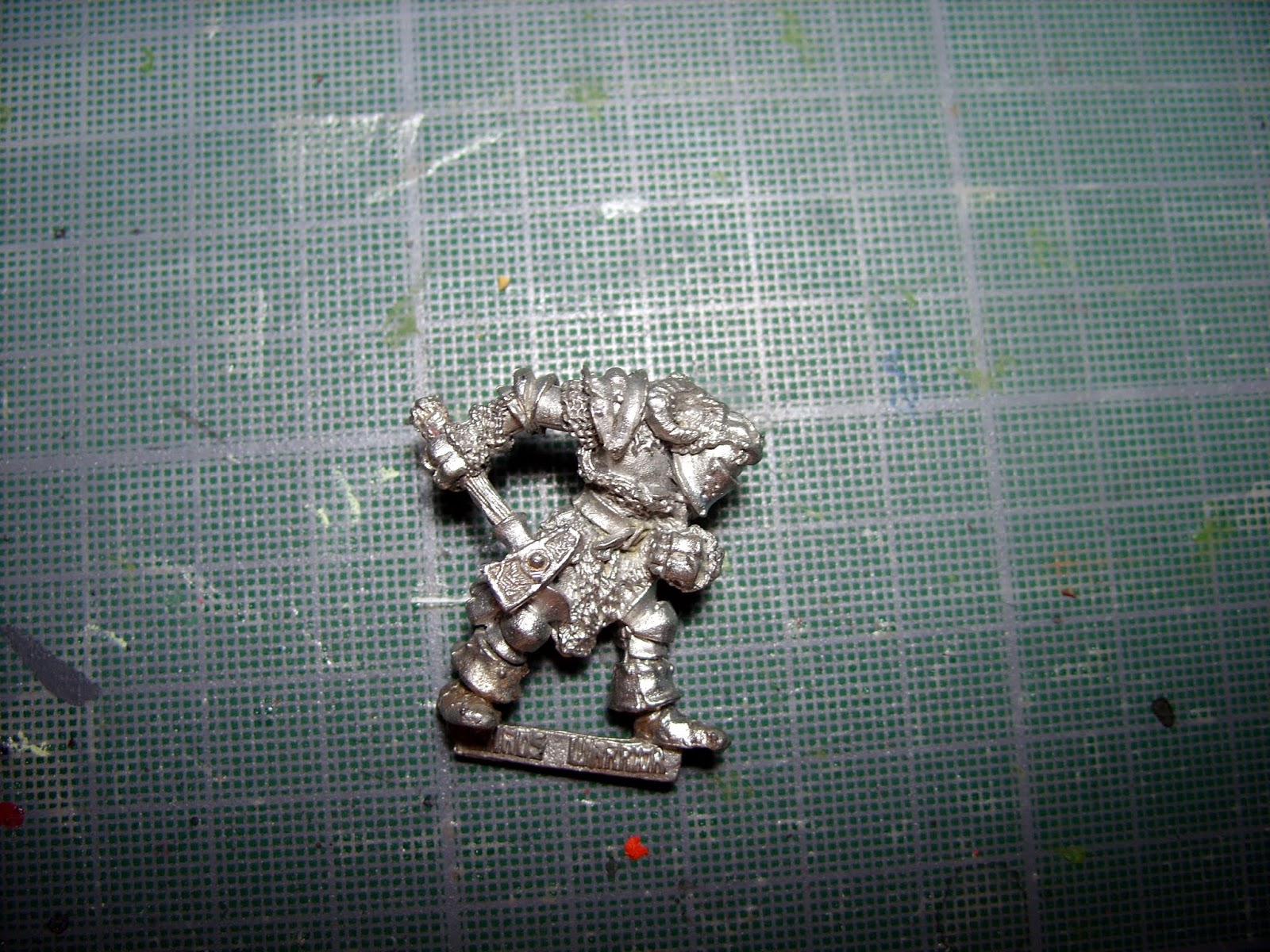 As you can see, he has been heavily damaged in the rear by a rough saw work and has lost a good bit of his arse and part of his right boot too. 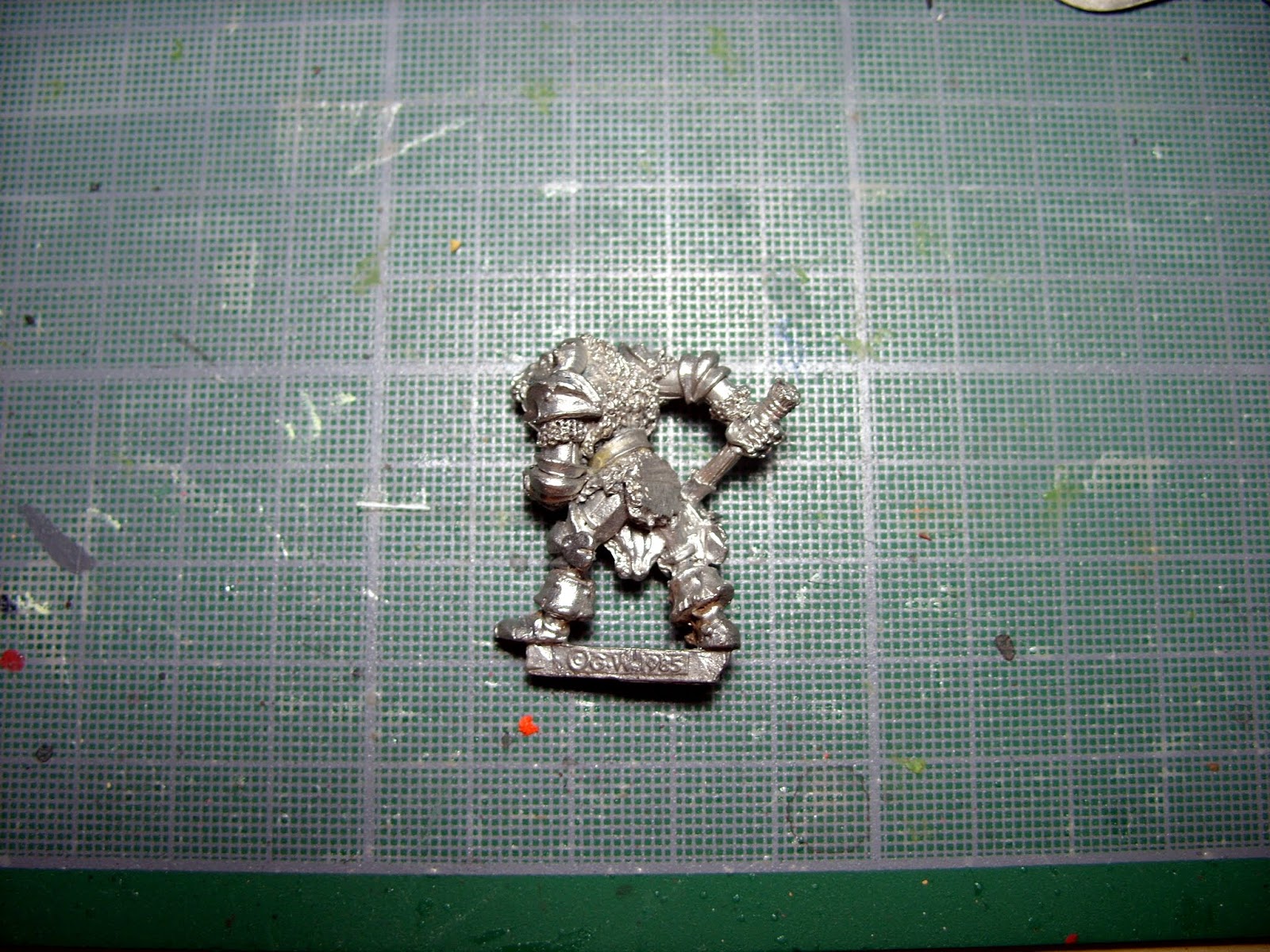 What I really like about damaged and broken models is that I feel absolutely no remorse for cutting, sawing, filing, drilling them even more.
That's why I decided to remove his magnificent warhammer, damaging his fur a little more and making his knee armour piece an horrible mess. 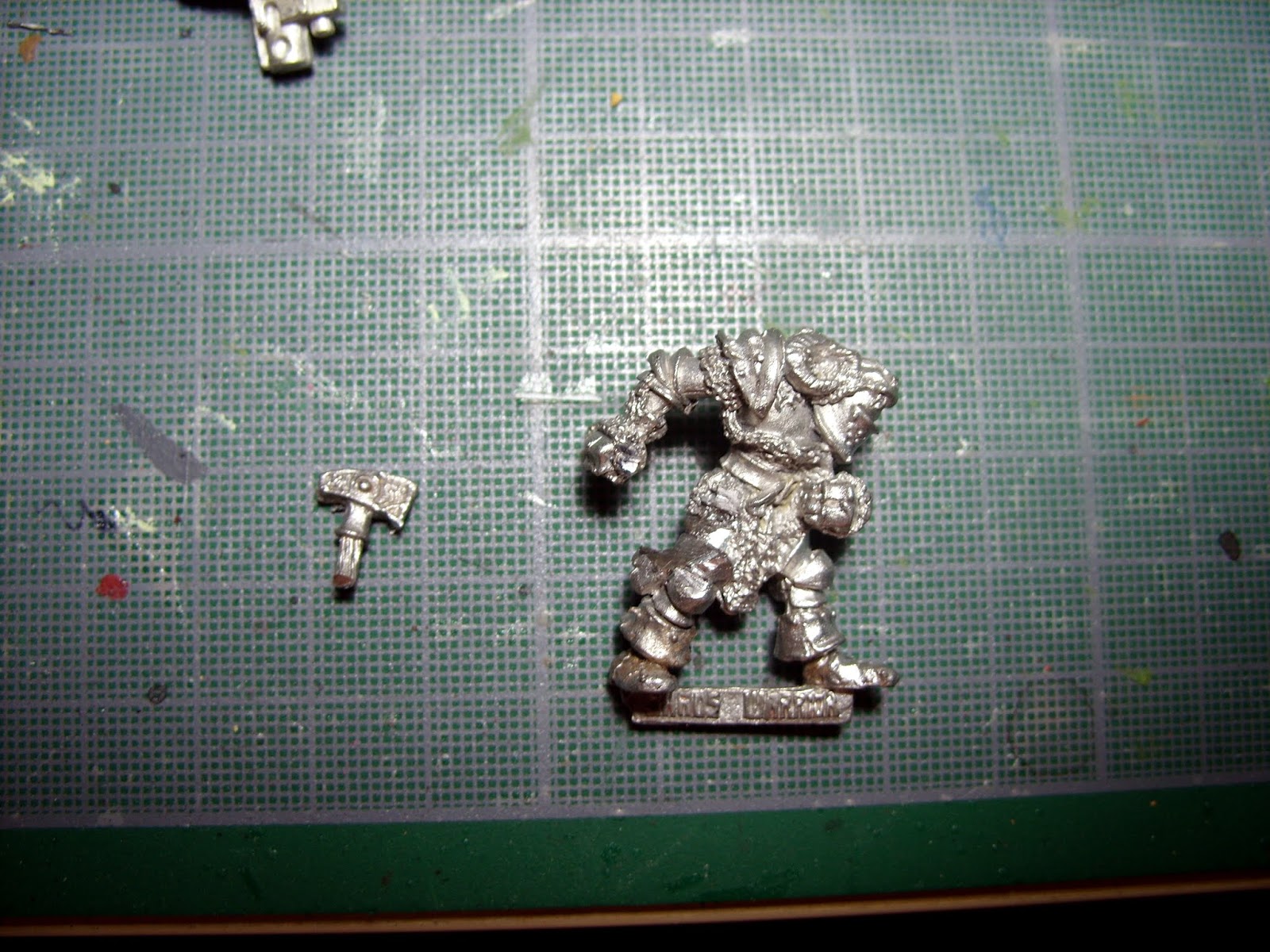 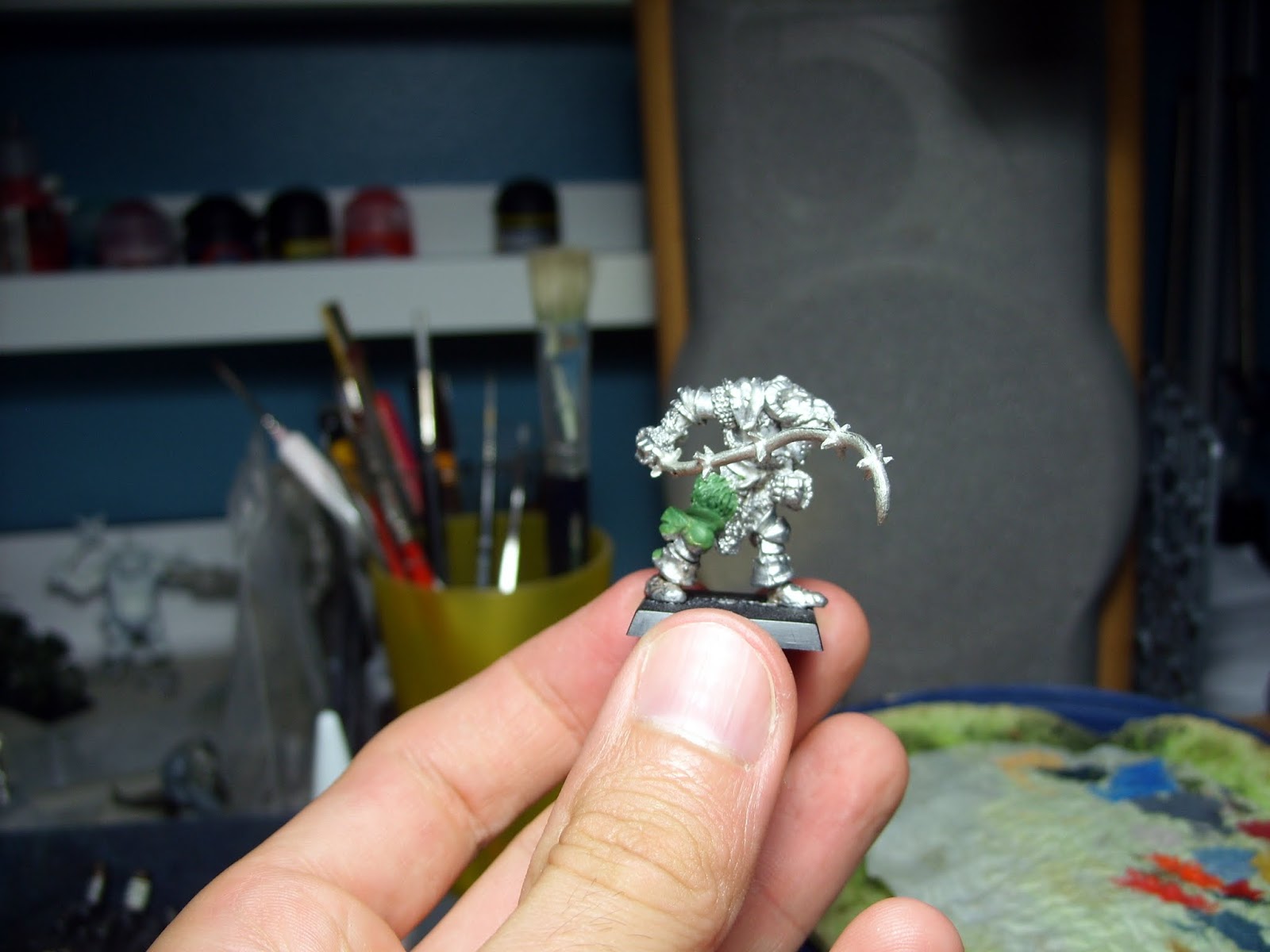 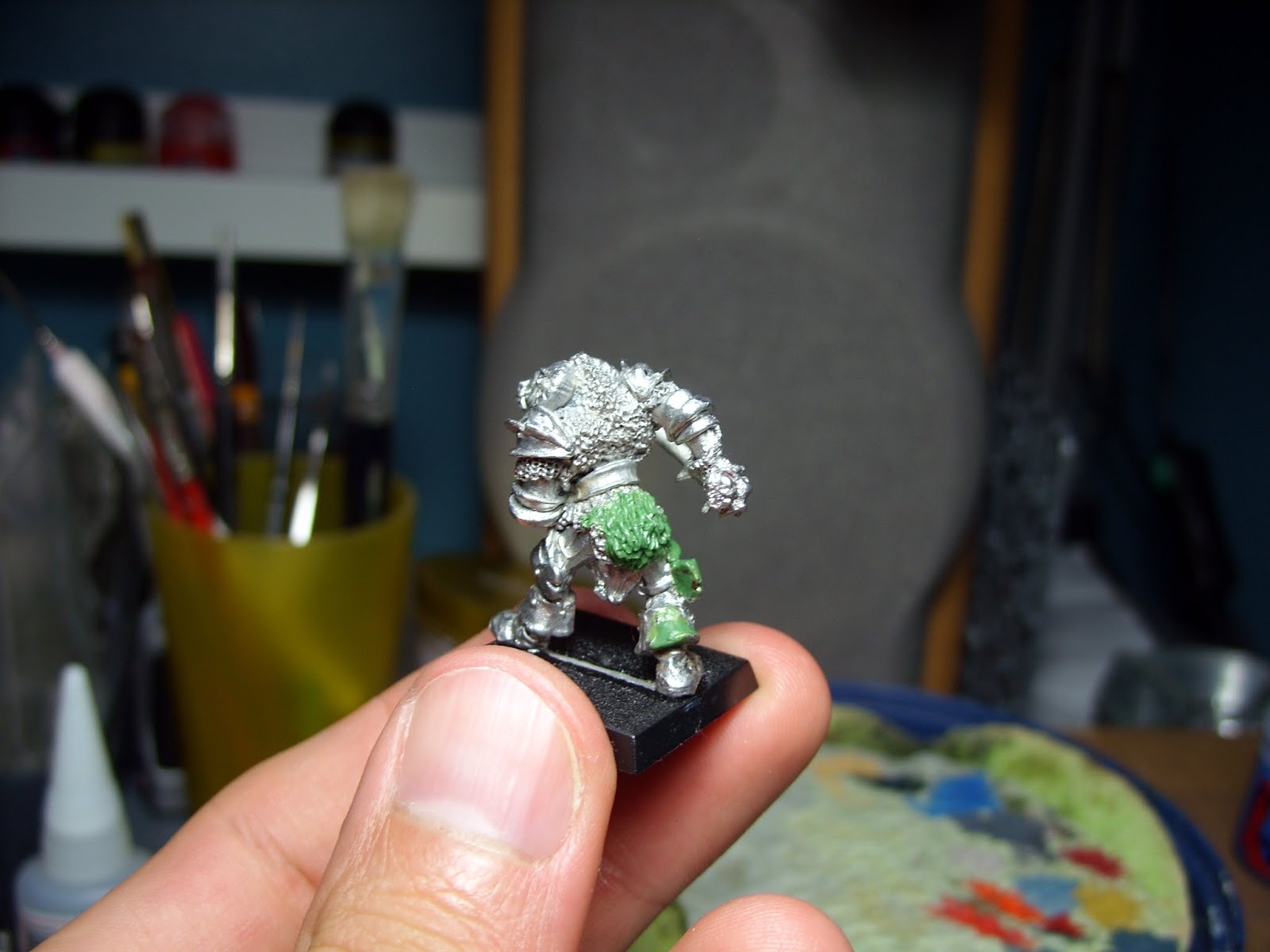 And now here he is in his renewed glory, ready to lead packs of smelly hounds to battle ! 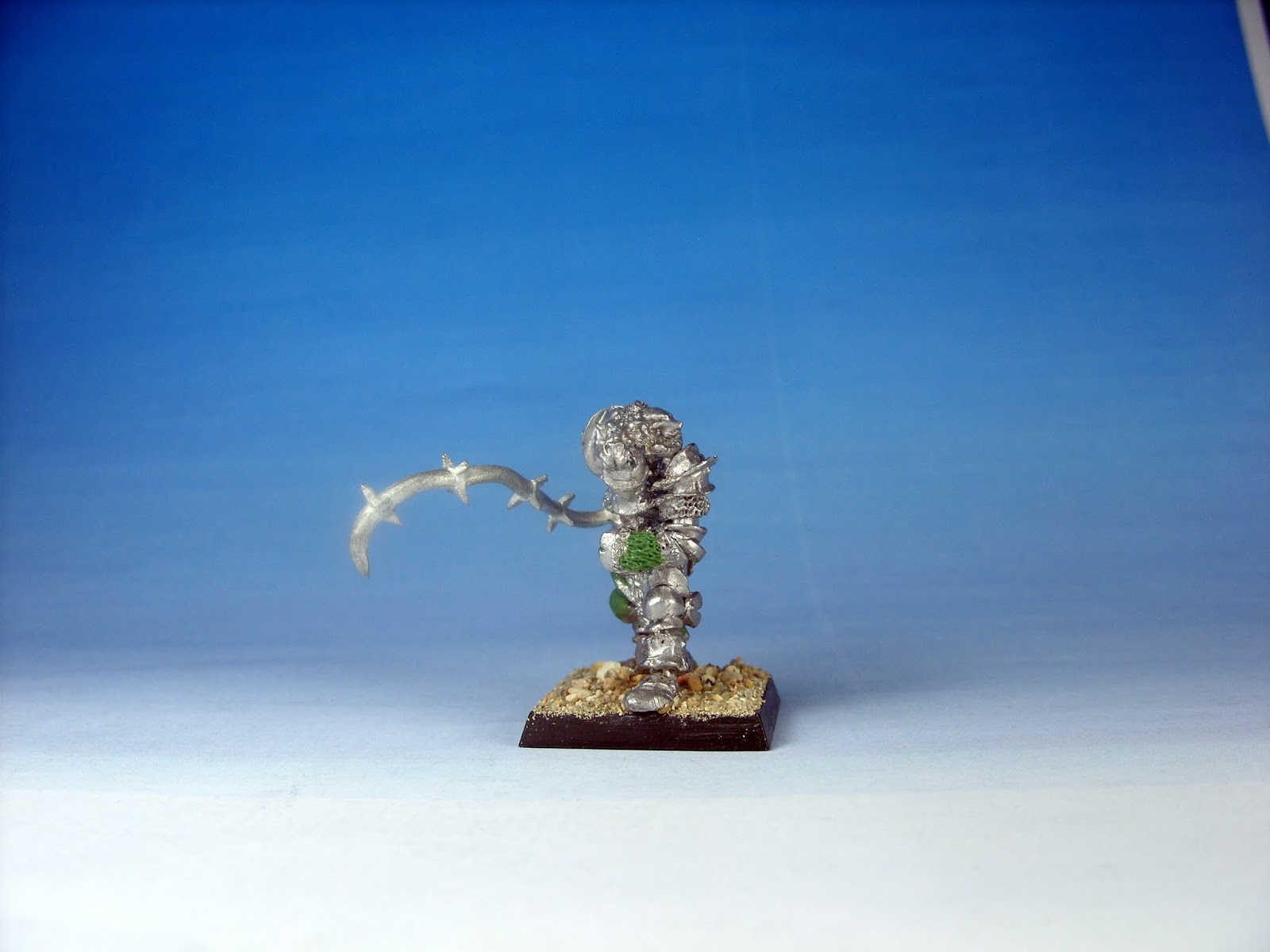 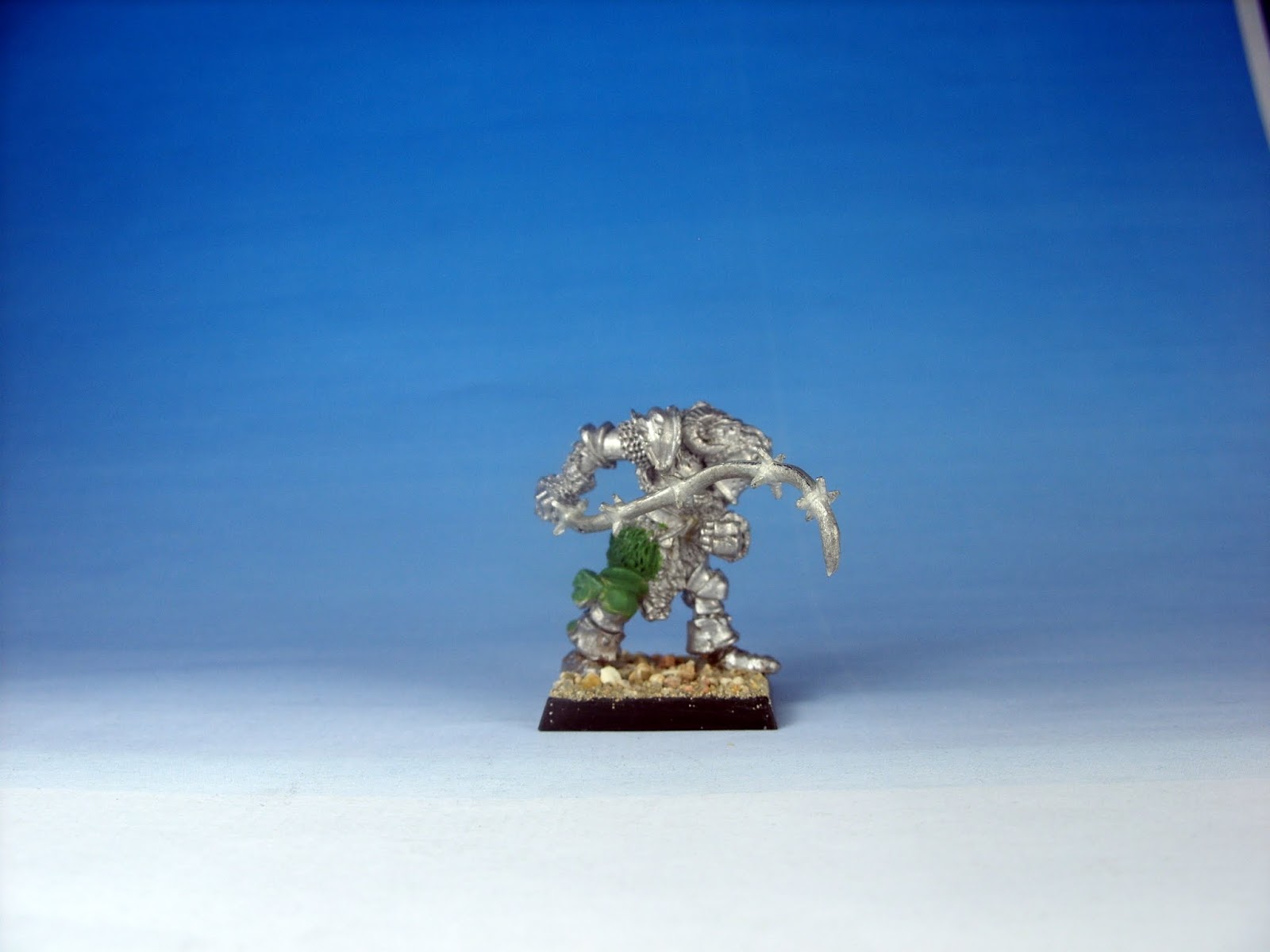 While I was at it, I decided to save a fistful of other model of the same sort to add some meat in my ranks : 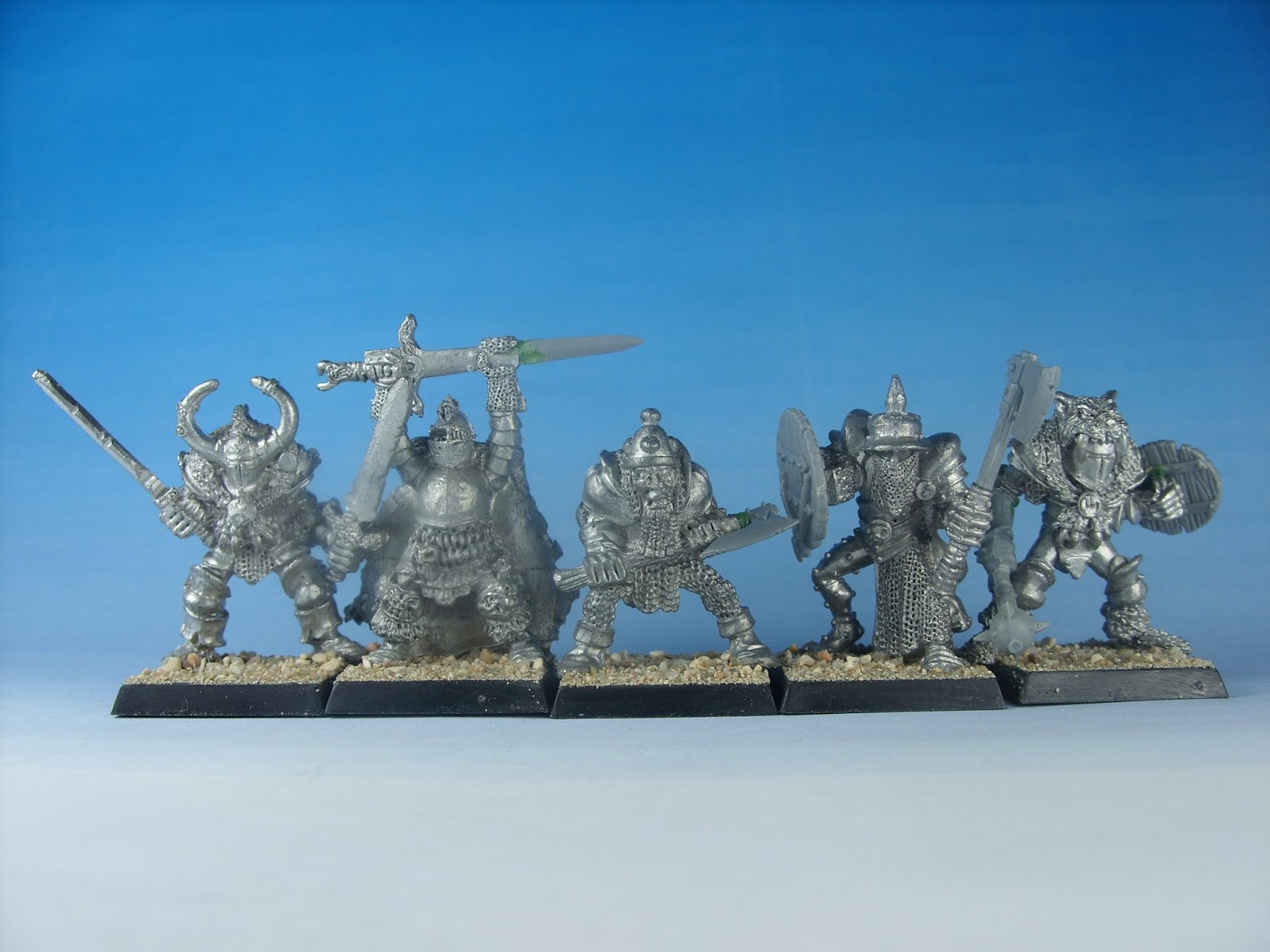 These were all broken or damaged at some point, some only lacking part of their weapon, some needing a little more repair. Some like the guy on the left have had the chance of a 100% retro rebuild while the others owe their life to some plastic bits.

But why stop at 5 when you can make a whole unit ! 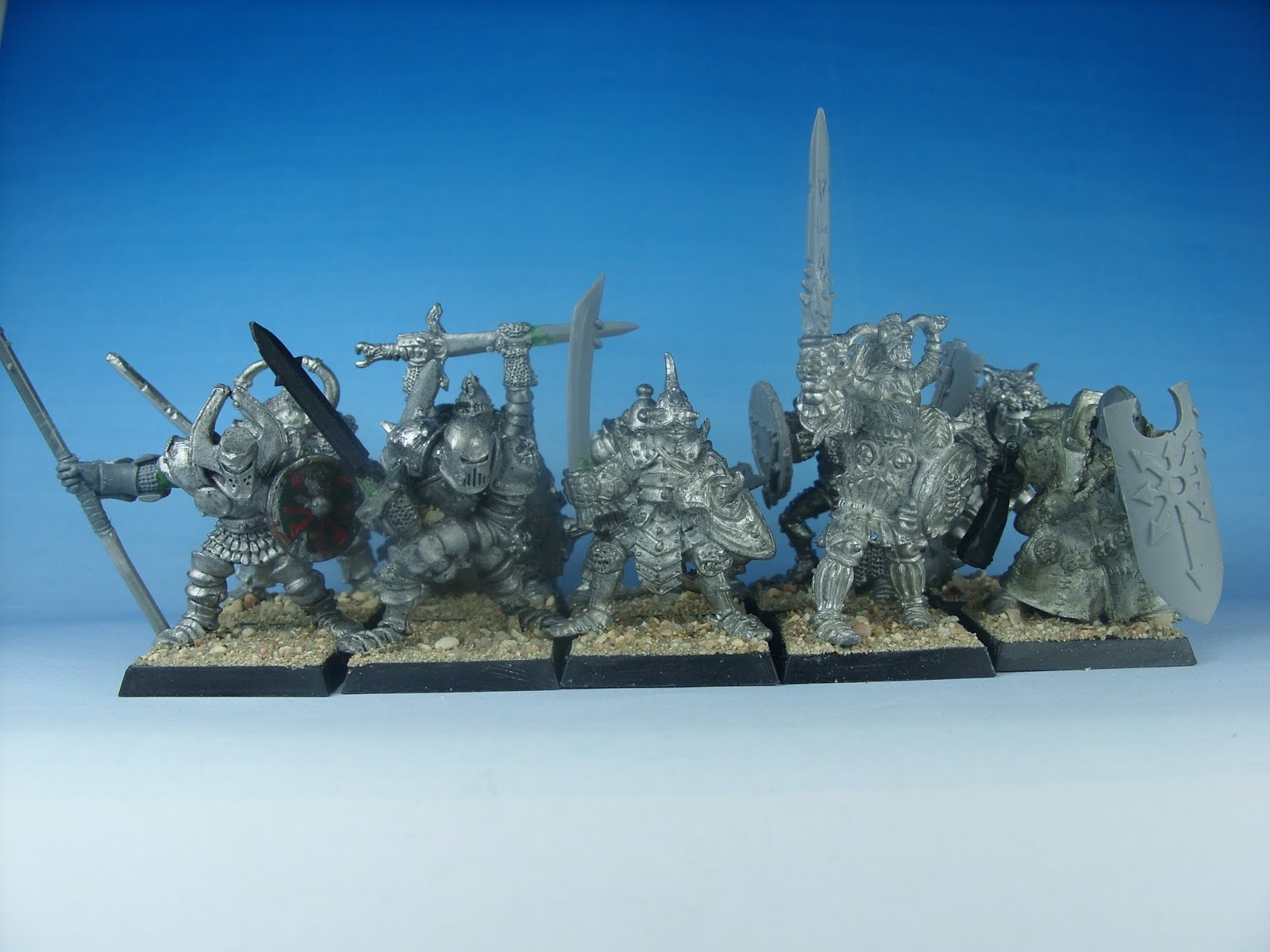 Here we are, a 10 man unit with complete command !

The best part of this is that this unit of mostly vintage chaos warrior didn't cost me much since they were all broken or damaged to begin with. It's a double win for me. I could build a whole unit for cheap and I got the pleasure to convert old lead wich is frankly one of the things I enjoy most !

The only problem with that kind of activity is that you cannot stop once you start : 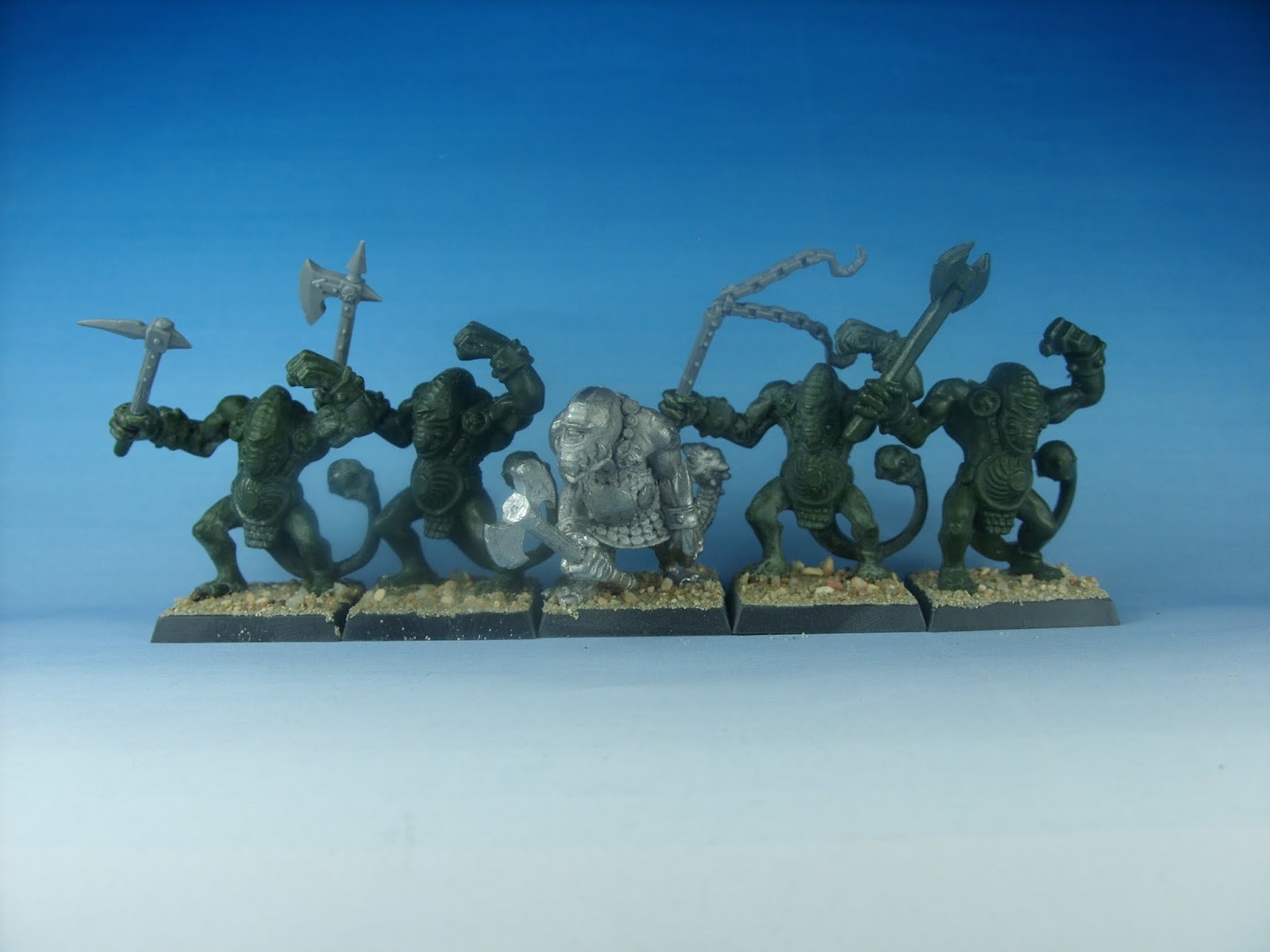 My friend Sartong above has found friends in my model pile and he somehow convinced them to follow him... I don't know what he promised those guys but one thing is for sure : iy's going to be nasty.


Next is one model I've been wanting for some time but always pushed back because I had more important things to chase.

What really told me I had to get it NOW was Matthew Sullivan's excellent post on his blog OLDENHAMMER which I strongly advise you to follow for the massive amount of good stuff he posts. 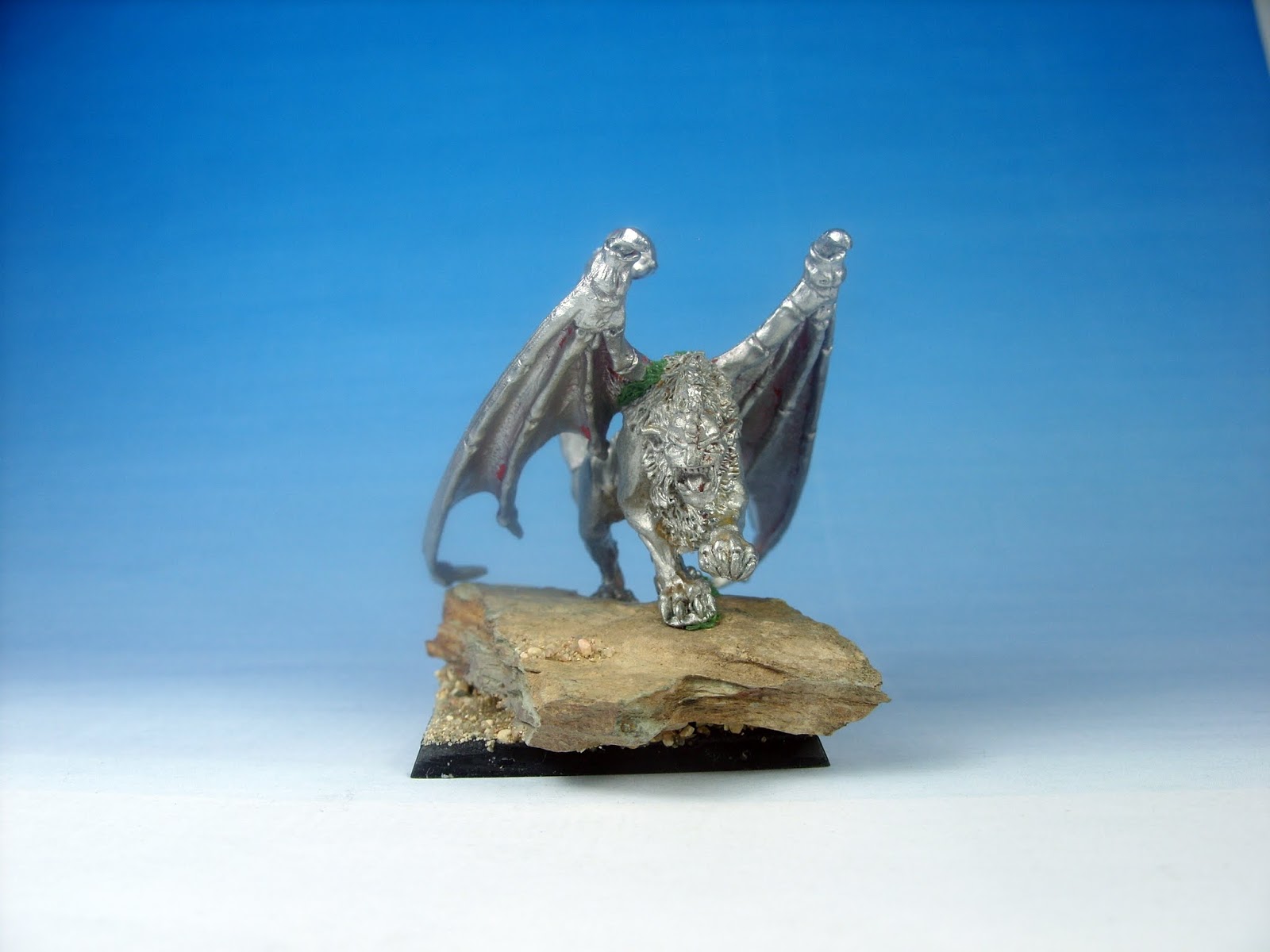 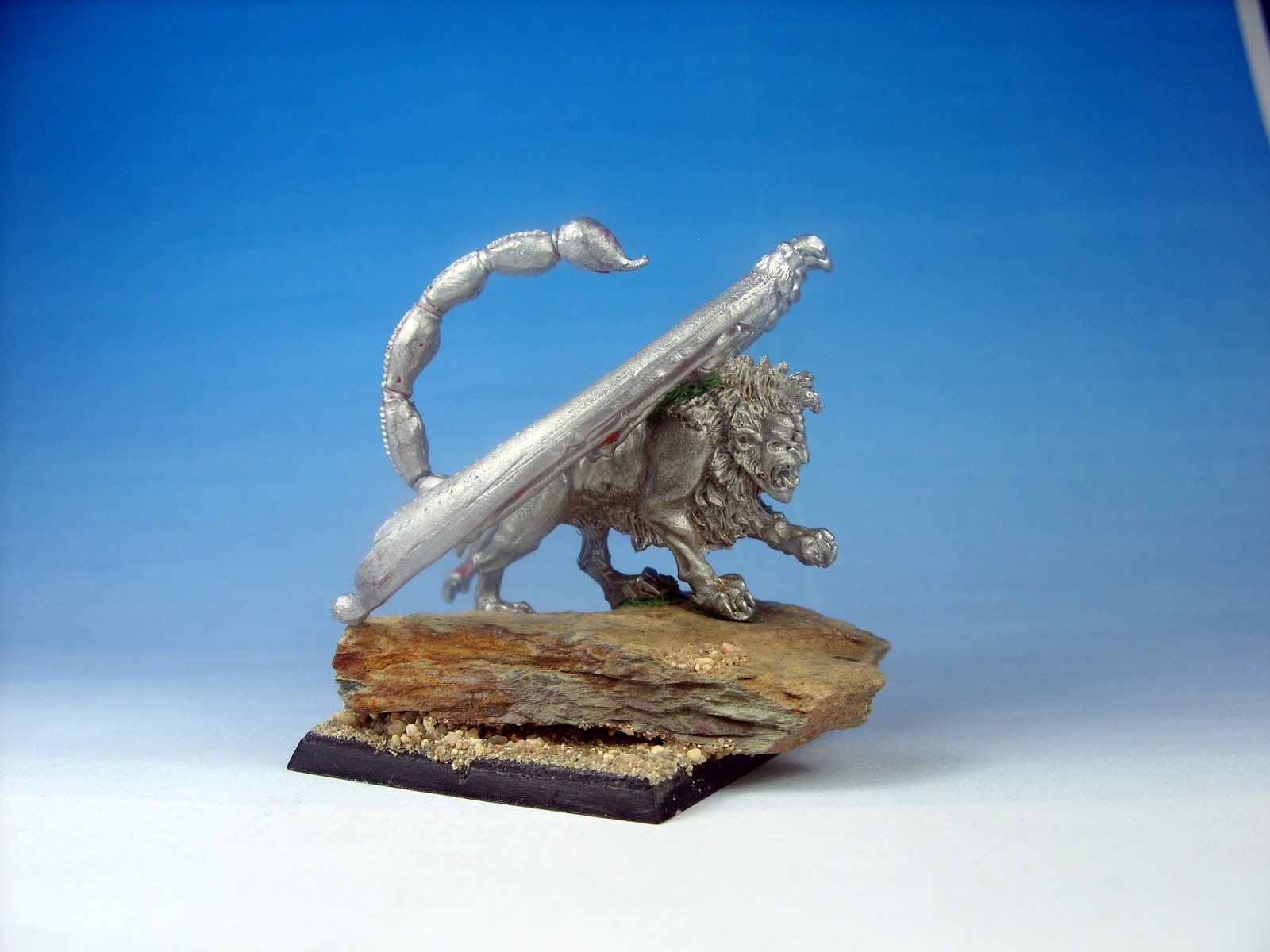 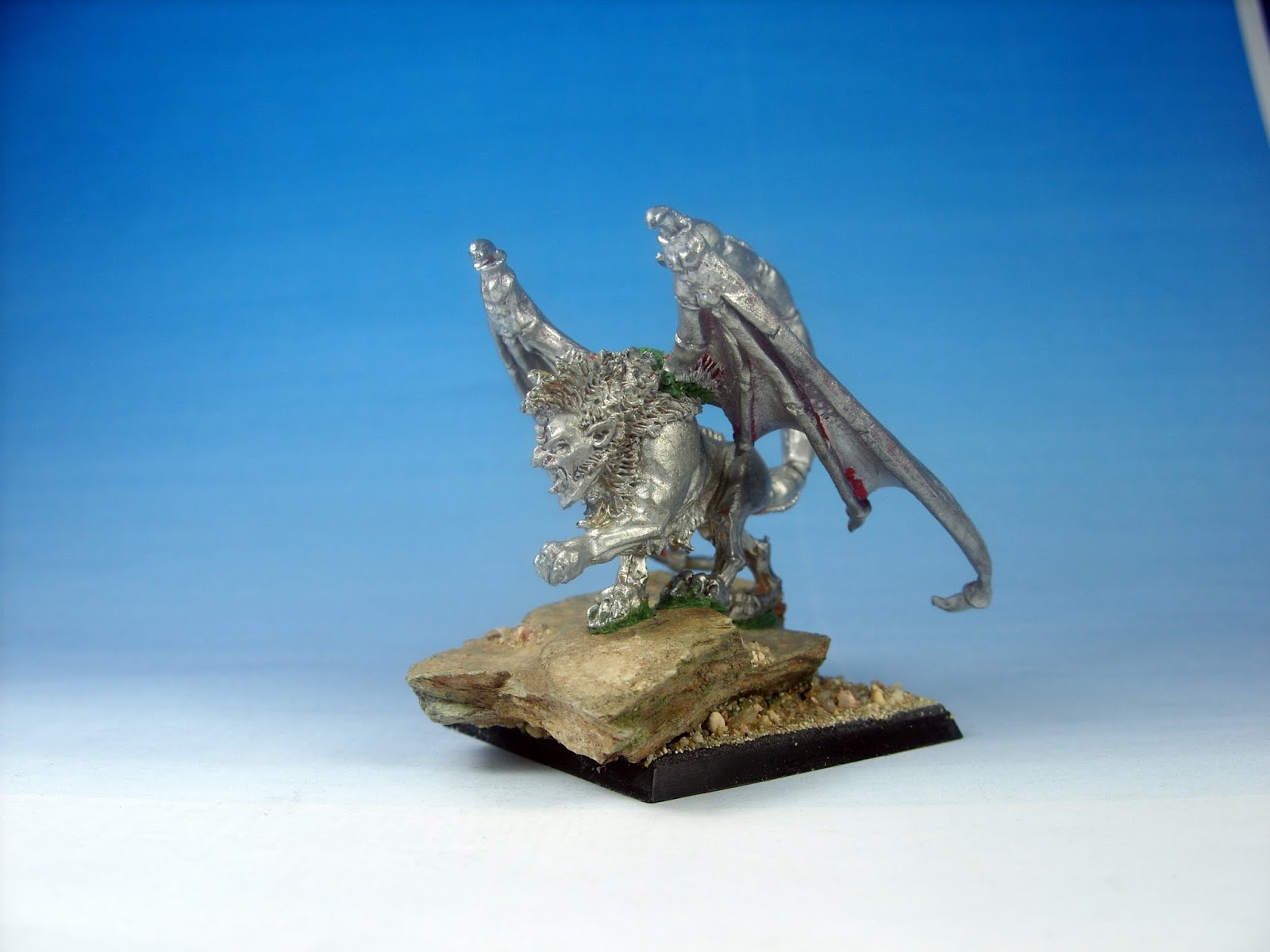 This manticore is the best I know really. A Jes Goodwin model is always a good point to start from but this one is particular because you can sense the feline aspect of it and the perfectly chimeric and chaotic nature of it too. it feels both natural like something which could exist AND supernatural at the same time.
I based mine on a big rock to enhance the feeling of an animal in its natural habitat. I like how it looks like some sort of animal documentary or something.

While th eglue and the greenstuff were out, I was compelled to building the excellent models I received from my friend Diego : 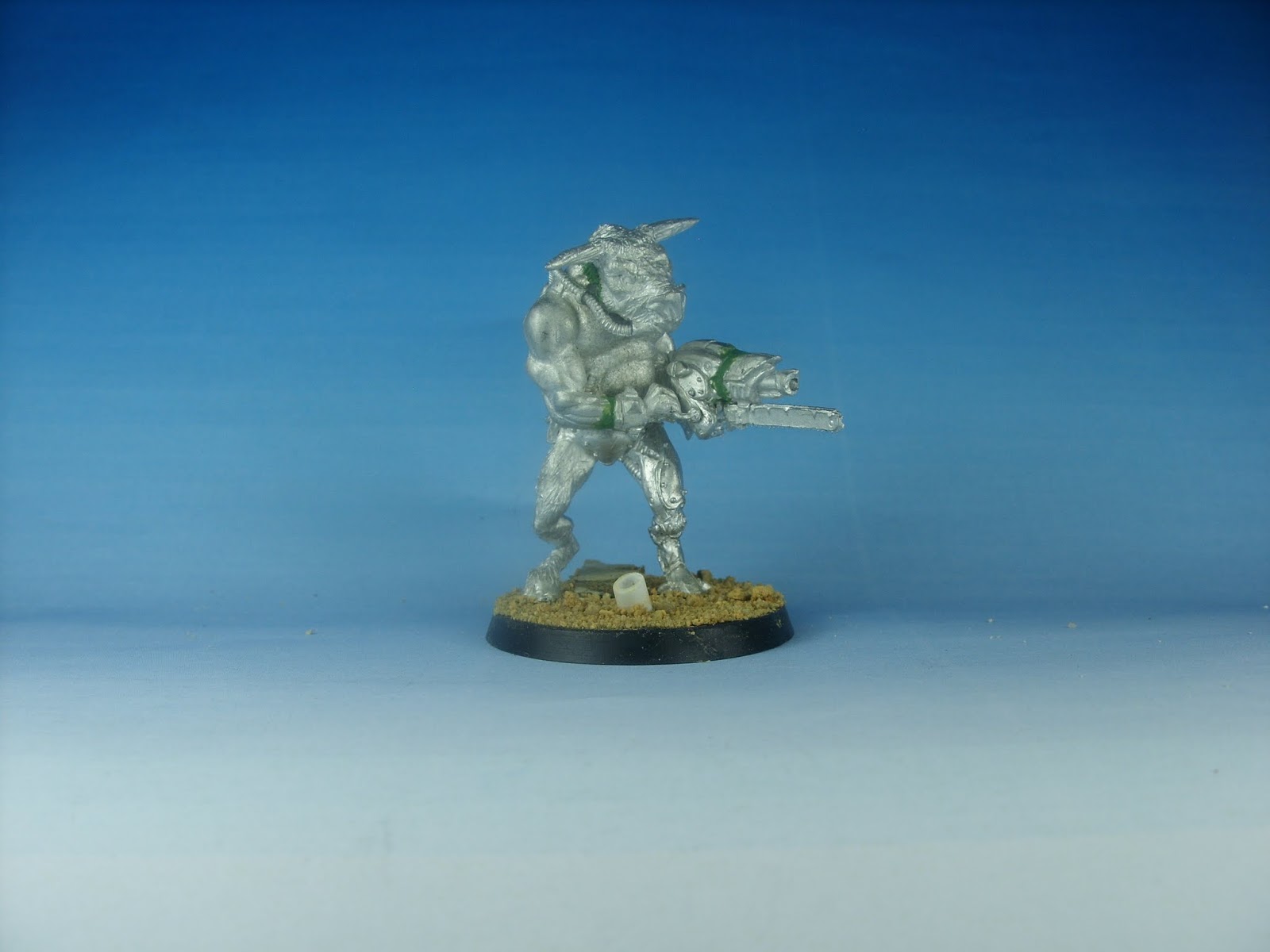 An excellent space minotaur I can't wait to start working on... 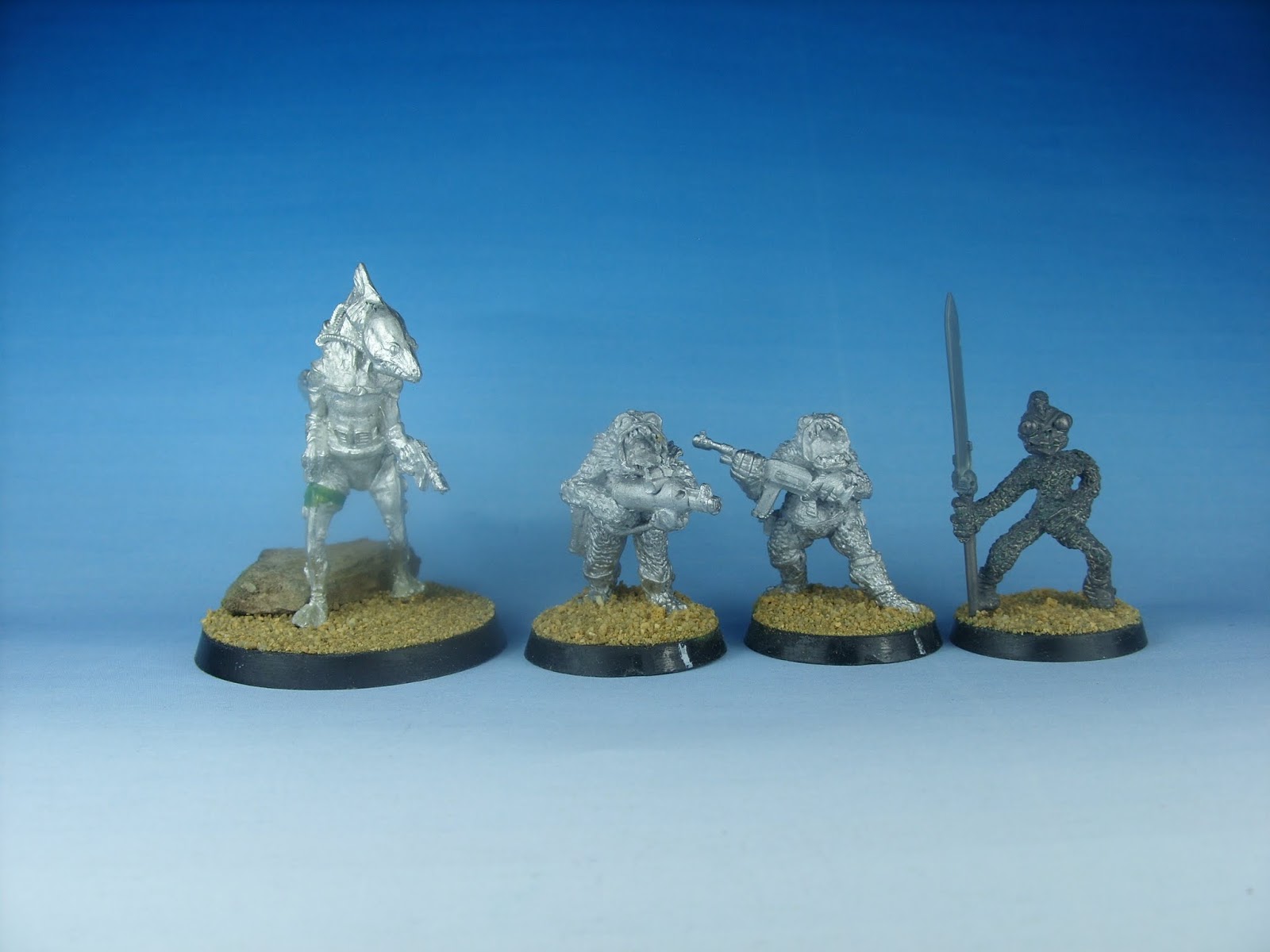 A fishmen and the start of a retinue for him... 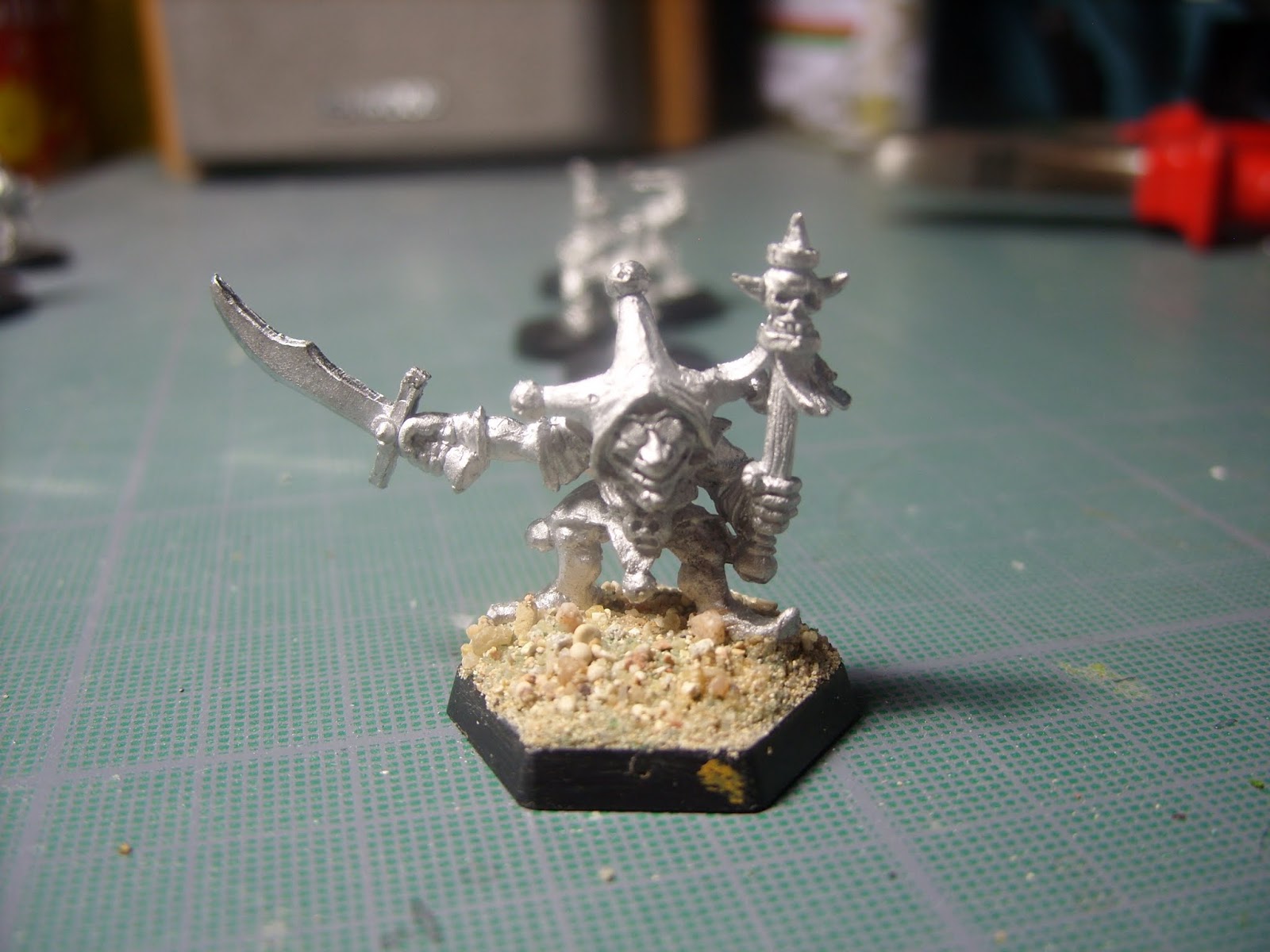 Oh and BOYLdrick has got to be next right? Note how I used a hexagon base to enhance the old school bibe of this lttle fella. 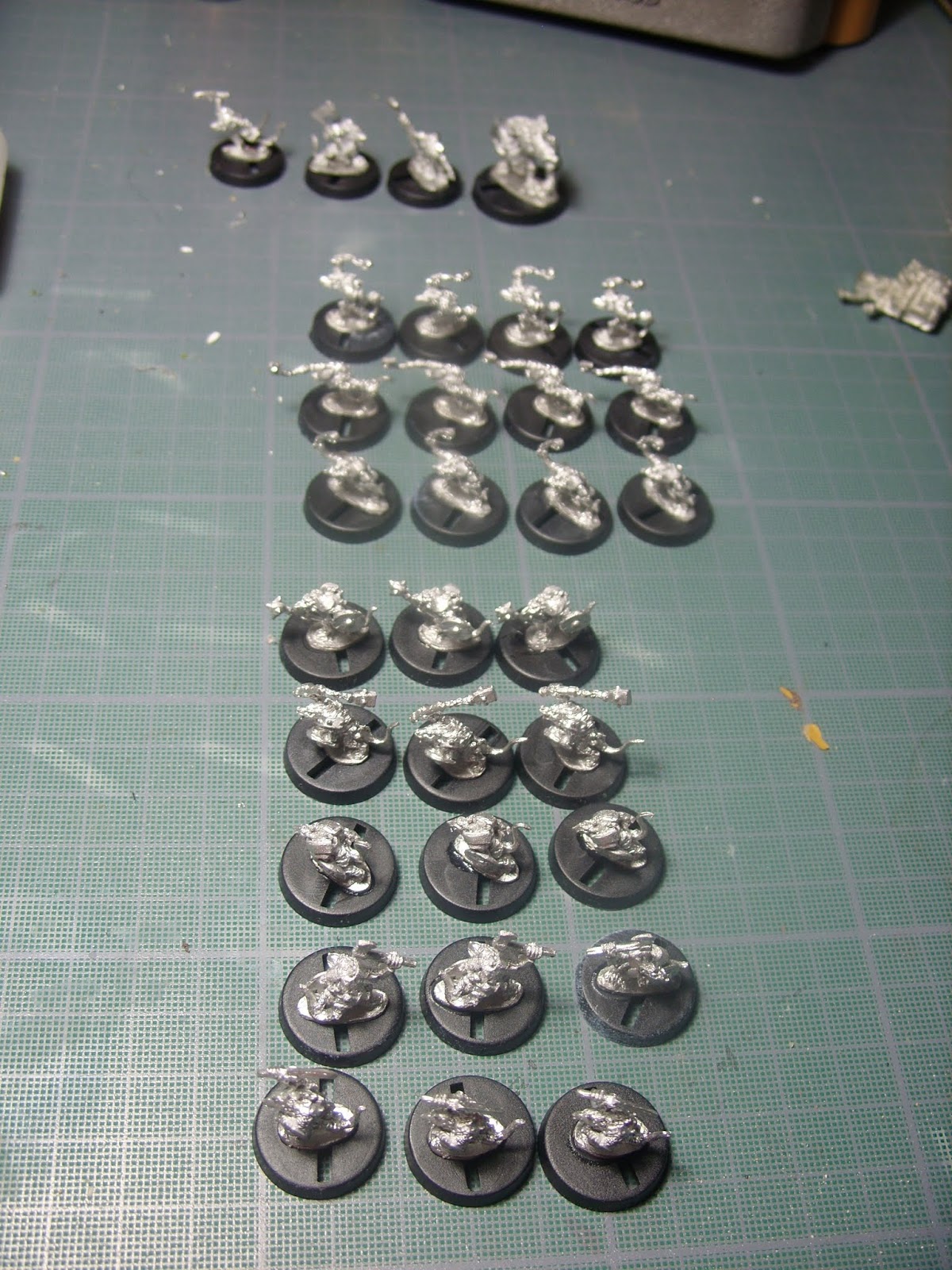 I also received the bases I ordered from EM4 and started basing my Skaven. I wanted to leave them as is at first but now I can sense I could very well convert them a little to make an army of H'ruds for a 40k setting... a pleasant idea isn't it?

Oh and don't ask me why but too very old friends just decided it was time to come back on th efront of the scene...
I actually have quite a lot of Inquisitore models all converted and ready for paint but so far I only managed to paint one (a squat adventurer). 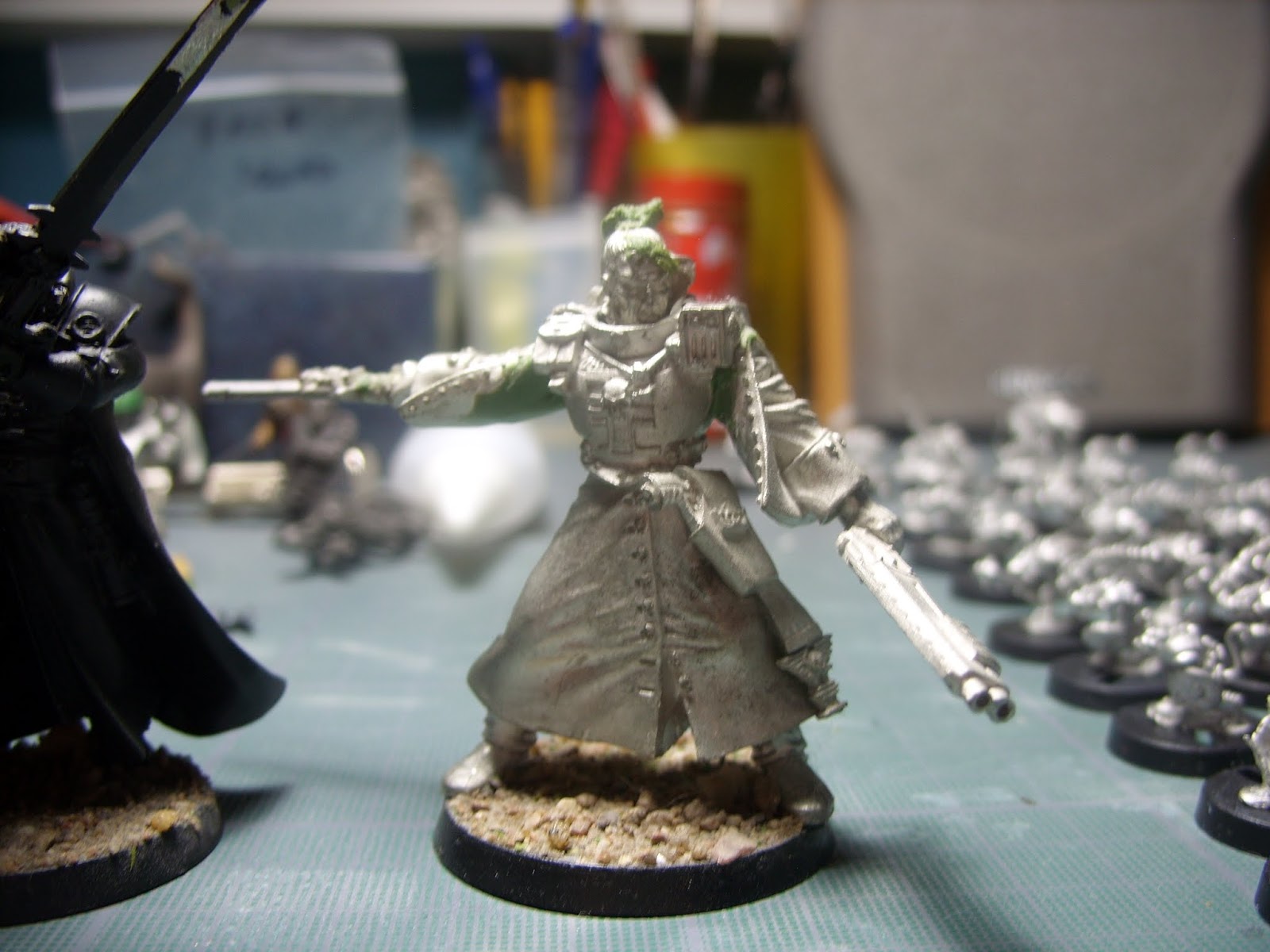 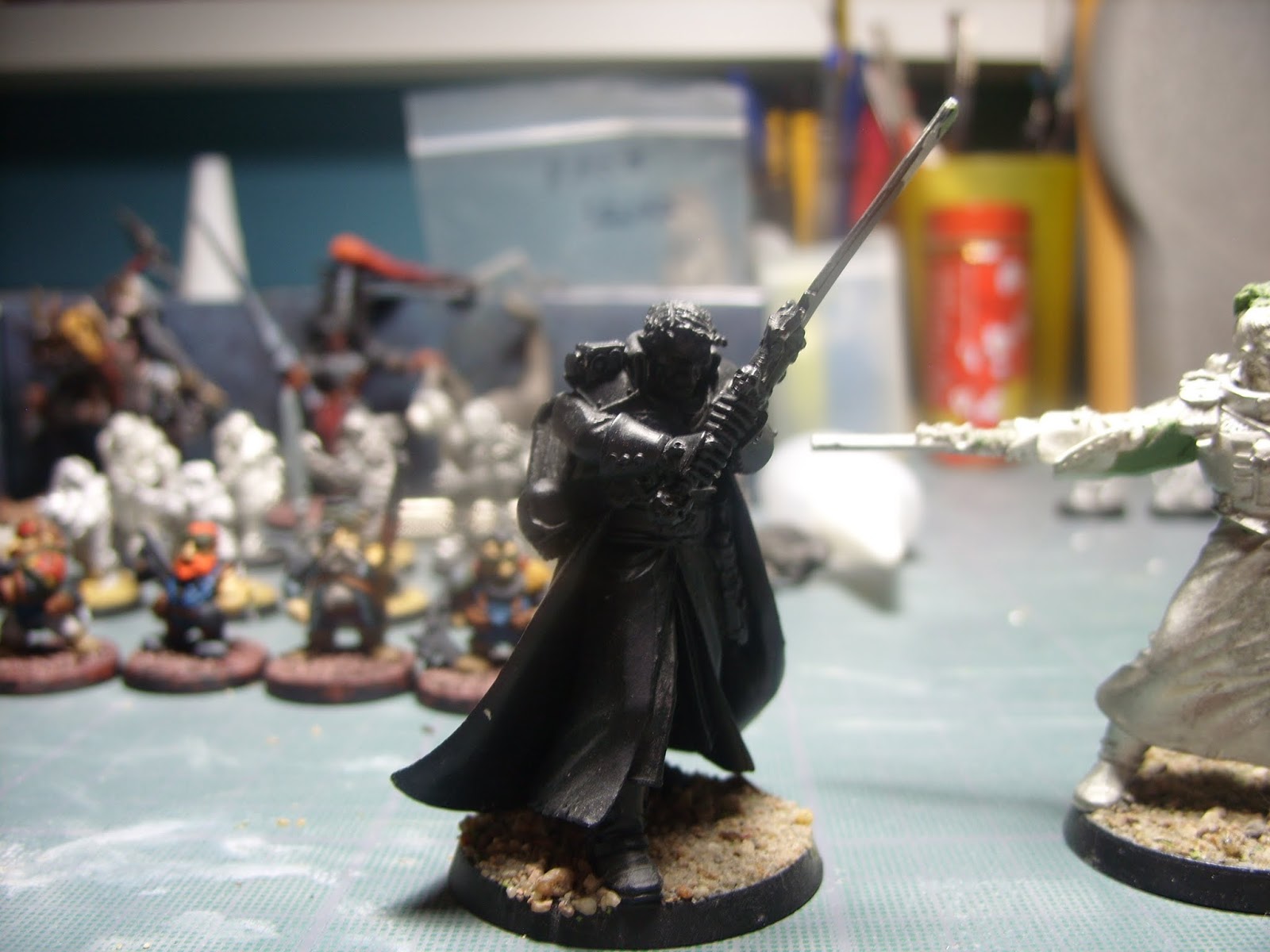 I haven't touched a brush since BOYL (only came home form holidays last WE) but I have built quite a lot of models and I'm now ready to get back in action to finish a lot of pending projects...
Publié par Asslessman 20 comments:

Oldhammer WE Debriefing by a lucky (bloody) french...

Let me sum up for you what my Oldhammer Week End experience consisted of… (very long post ahead, you've been warned).

The first game I played on Saturday morning was a Rogue Trader game organized by :

The game was set on Ferrograd, a penal system renowned for its harsh climate and even harsher inhabitants. The number of lawbreakers and nasty people in Ferrograd is famous for being twice higher than the number of stars in the sky of a cloudless night.

- Sarge, sarge ! I really don't feel confident in this floating engine, are you sure it can take the weight of the Killdozer?
- That should be OK August, we don't have any other mean to cross that channel anyway...

- Sarge, these people look strange, it's all too quiet and calm, I don't know what to think, I hope we land soon…
- Come on August ! We've just left the port ! Look at the sat-nav, we're on our way to fight for the Heavy Industrialist Union ! Our people has placed all its hope in our hands ! Now let's get back into our crate and wait until we arrive...

- Wow  August ! Wake up already ! I spy eldar scum ahead ! We can't risk an open confrontation for the time being ! Let's get somewhere else !

- Sarge Sarge ! Look, some brothers ahead !
- hey guys ! we're squats just like you ! we're so relieved to see you around
- …
- Oh you see quite busy for the time being, maybe we'll come and say hi later, good luck with the battle ! 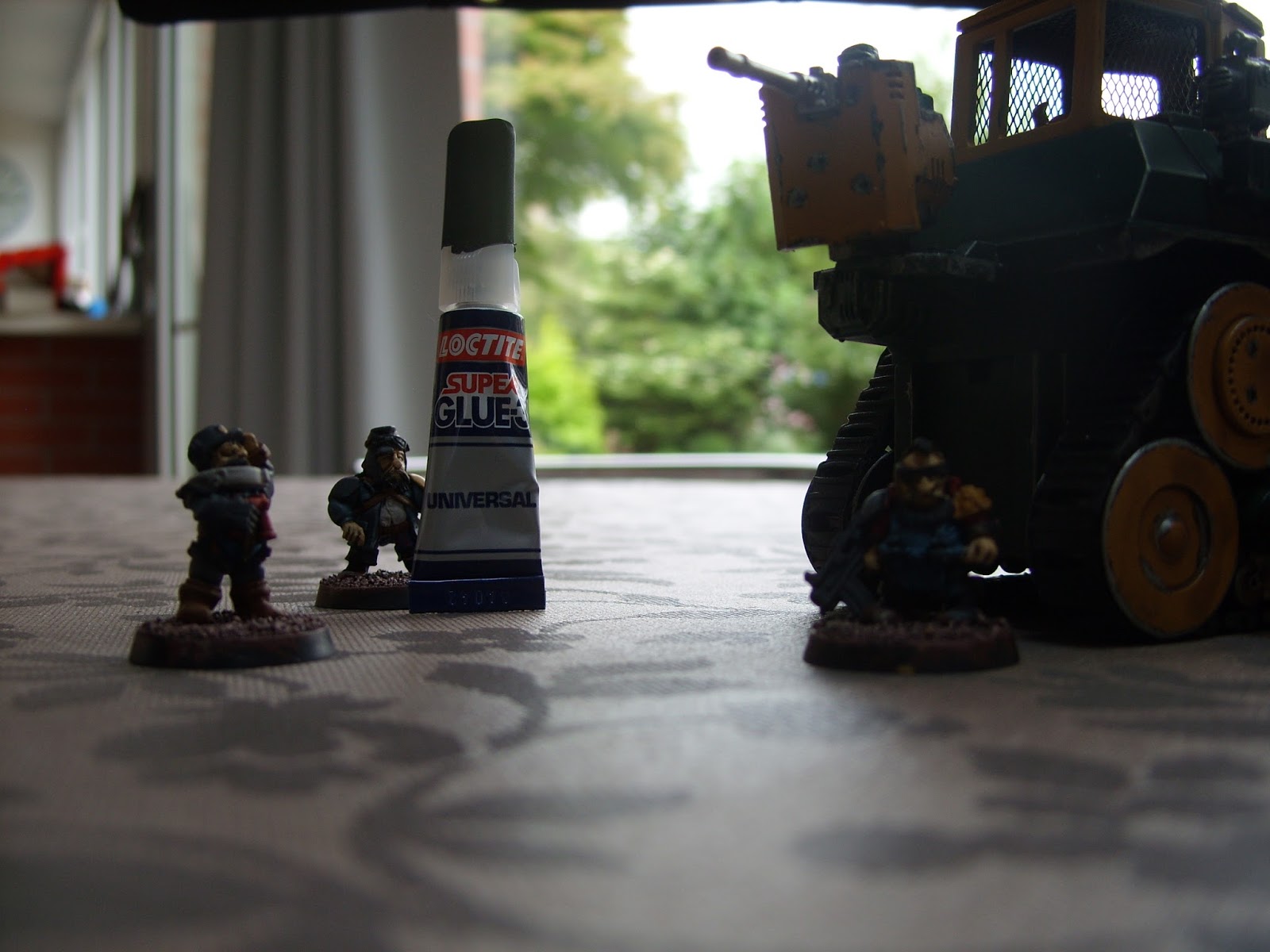 - Alright lads, reparations finished !
- This alien glue from the universe really is SUPER !
- Look Sarge, the turret is working like it never broke !
- Aha good work my boys good work ! 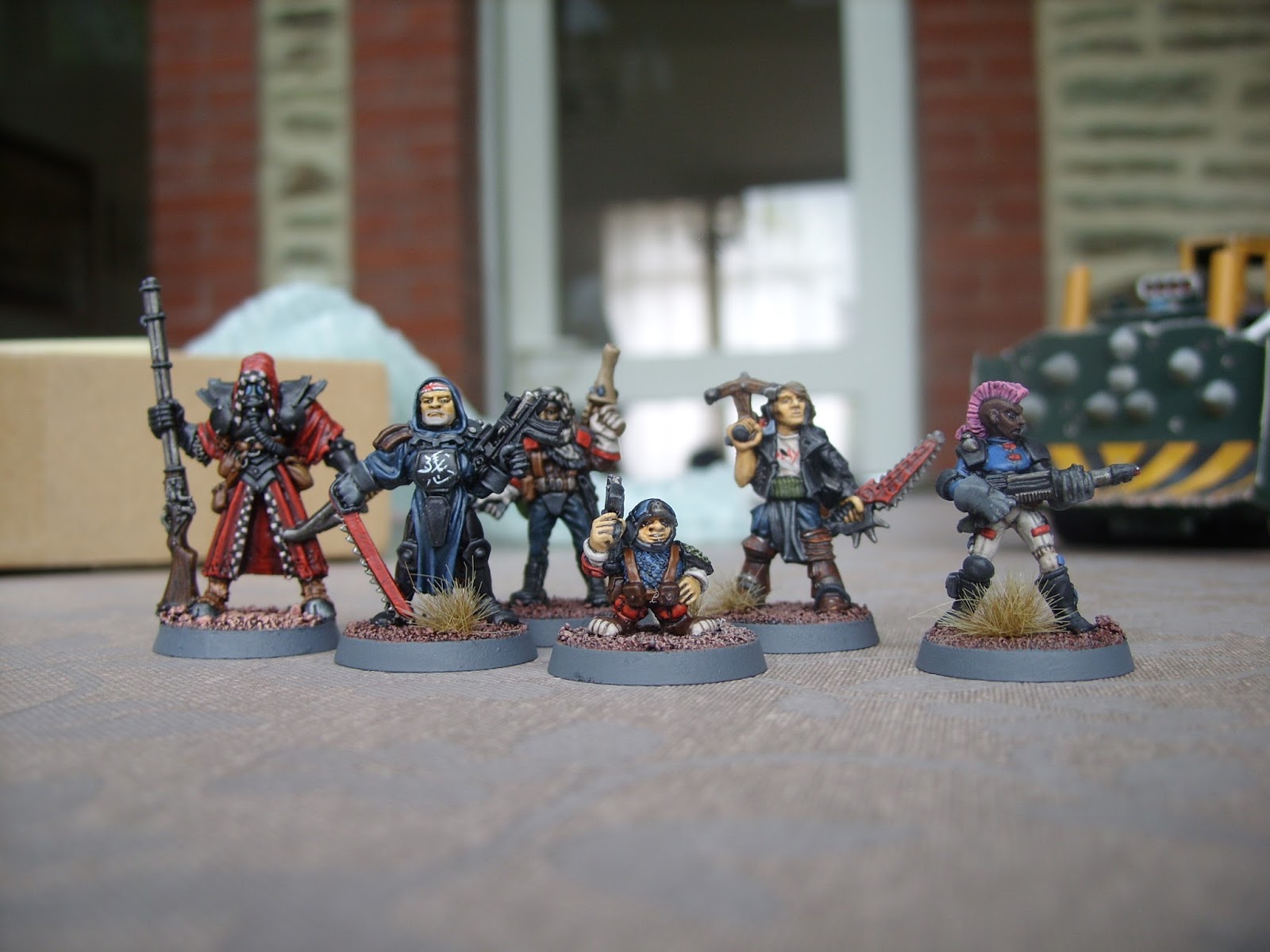 - Good morning gentlemen, Have some of you heard about a gathering?
- (Look Koch, it's the frosted guy from last time), Errm nope can't say that I have…
- That's alright, fare well good sir.
- Yeah right, you too… 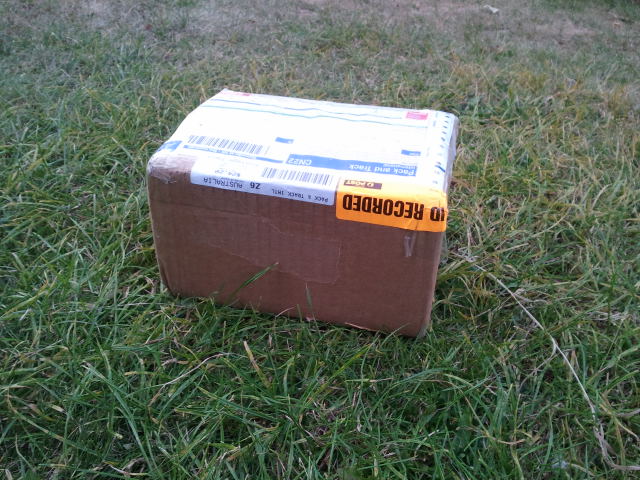 - Boss, PSSSSS, BOOOSSS !
- YEAH YEAH ! now WHAT !
- I think We've stopped moving and bouncing, it feels safe now…
- You're right Koch, it seems we're in a safe place now, any news from August?
- Nope, perhaps we should try to get out and see? 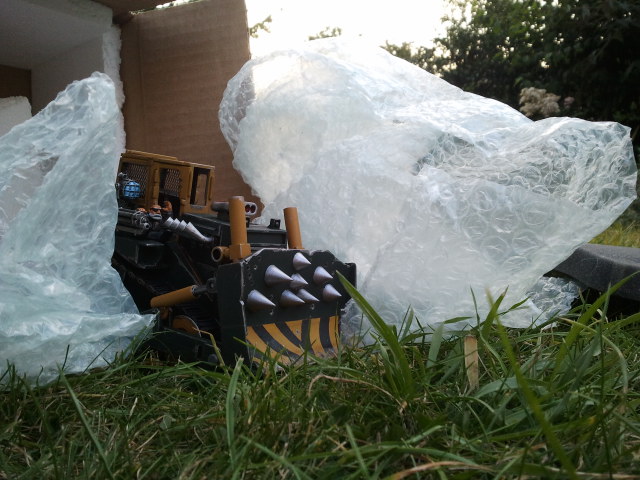 - AHAAAA No package can withstand the might of the Killdozer SD4000 ! Dan it feels good to breath some fresh air at last. There's a strange smell in the air though but I guess it's nothing to be surprised of in an alien planet…