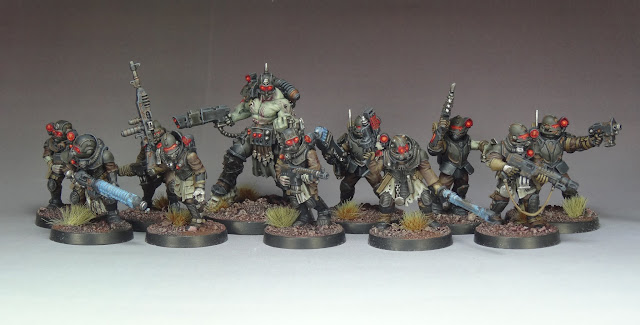 It sometimes takes a good self-kicking in the rear to get some things done...
This has been precisely the case with this project. I got the genesteealer hybrids from the Overkill box about a year ago, build a band of genetically engineered warriors in September 2016 and only just managed to finish painting them after letting them aside half done for months.
The recent release of Shadow wars : Armageddon has proven to be the sparkle that could ignite my interest and after a slow come back I decided to set my standards lower to get them done rapidly.
Just for the record, here's what they looked like back then. Simple kitbashes (the likes of which we've seen countless times now) from the scion, hybrids and skitari kits along the free Slaughterpriest from White Dwarf.

I've been considering doing a group of non chaotic villains for some time and these were just the perfect occasion. I haven't set their background in stone yet but I see them as warriors created by some mad scientist to fight official forces.

The aberation is the most impressive element of the shadow legion, despite its fearsome and beastly appearance, it's actually the most cold-headed element of the force. The genetic modifications and psycho surgery have achieved their full potential on this element and have even exceeded them in some ways.
The aberation is not only a resilient killing machine but also a very intelligent one. Intelligence is one thing you can like in underlings but obedience ranks higher...
Such a power is only an asset if you can fully harness it. 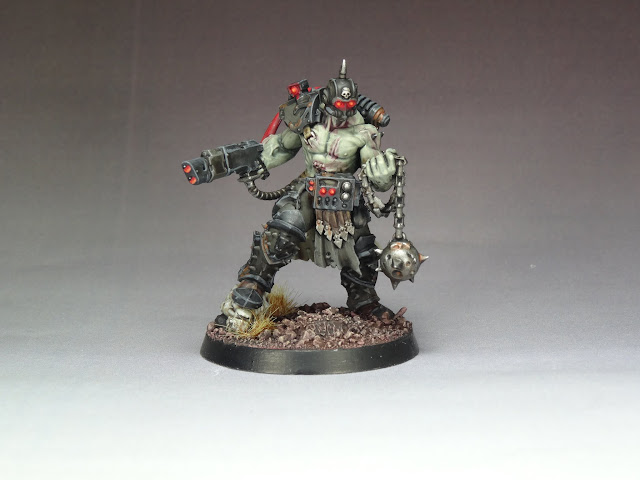 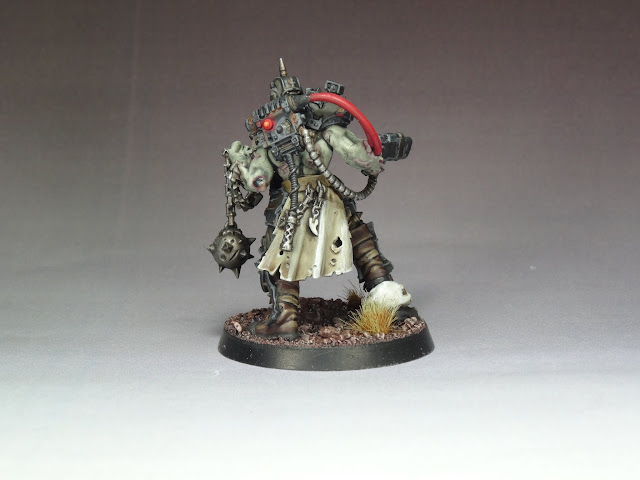 The executors are probably the best compromise the experiments can reach, unlike the aberation, the mutations often are erratic but can prove useful in combat. The executors are above all the most dedicated to their mission and absolutely nothing (rumours say not even death itself) can get in their way. 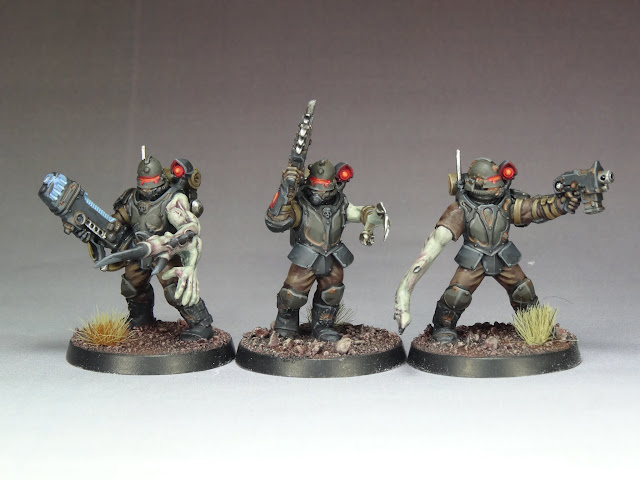 The Hands are those warriors who have not evolved physically to the point of others but whose combat prowess has reached a leathal and very reliable level. They're usually the ones on which psycho surgery has been more effective than the genetic modifications.
They are assigned the most risky objectives and they often specialize in a type of combat. It's not uncommon to see some fall into acts of rage or madness. 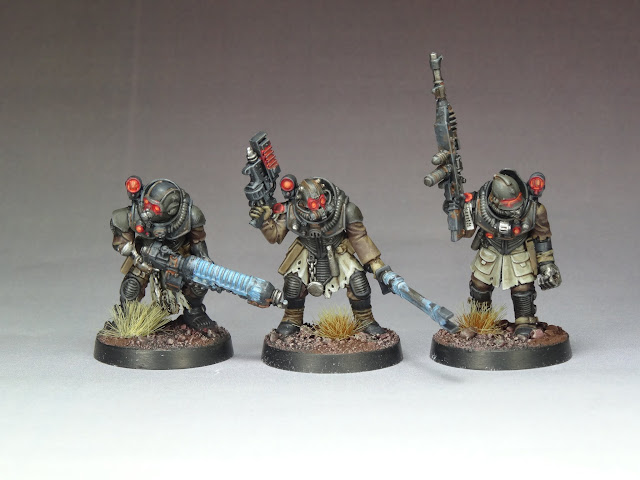 The neomorts are warriors that have started their initiation, they've already undergone a severe training and conditioning but their prowess on the field will determine how far the operations on them will go. Remnants of humanity are already vanished in their minds. 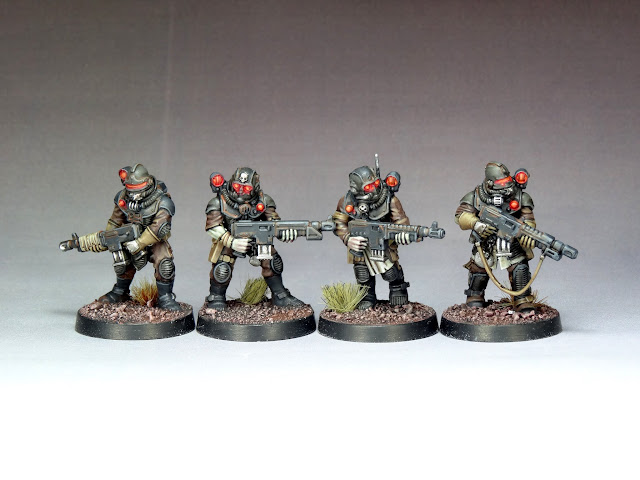 So here we are, I'm pretty glad to have this gang done despite the struggle it's been and despite having to lower the standard pretty low to get them finished without losing all my mojo.
In the end they look evil enough without looking chaotic I believe which was the main point.

In case you want to know about the cheap red OSL, I've simply used thinned layers of the following sequence around the parts I wanted to glow. The zone is reduced with each brighter colour until you're only applying a dot of orange. It won't win prizes I reckon but it's very fast and effective at arm's left which is all I wanted really. 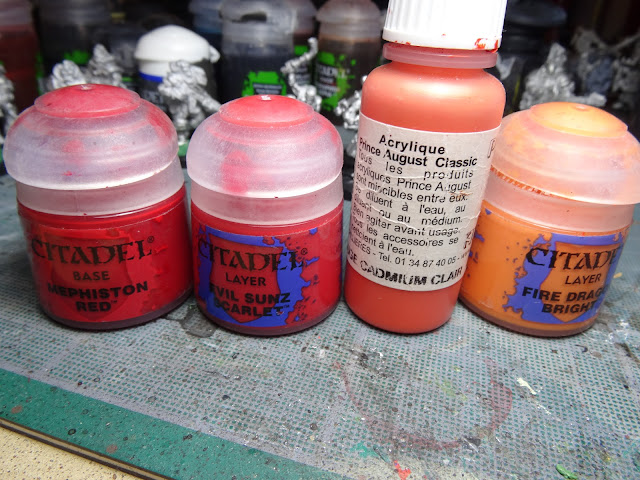 Now comes the exciting moment where I have to pick what I'm doing next... I still have big projects on the way but I need mojo boosters that I can complete rapidly to keep the morale high !
We'll see what can be done. ;)