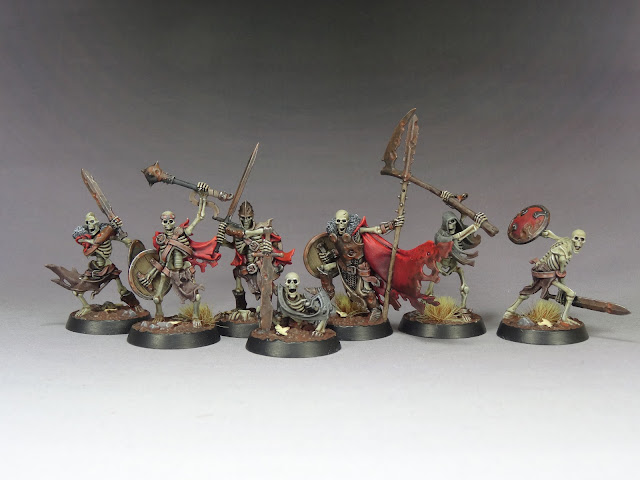 I'm back on Shadespire just as Nightvault is announced ! That's a good timing, especially since I still have one band left to paint for it ! (more about that later)
Now this month, I had a painting challenge for which I had decided I'd paint a band themed on a season, my pick obviously went straight to undead and autumn, because that's a theme I love and my favourite season and both are an obvious match.
That meant I wanted faded colours but obviously I couldn't help getting some vibrant reds in (I really must try to get rid of that habit before it becomes a cheap gimmick though). 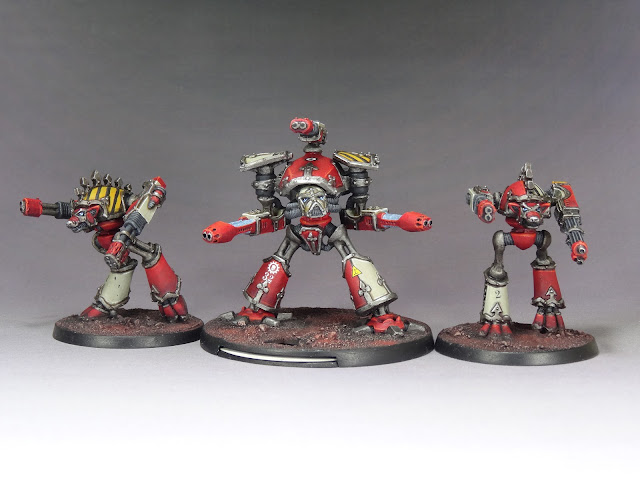 So Adepticus Titanicus is coming back to us ! Well of course it seems we're bound to get all the cool things back ! Now the good guys at my FLGS asked me if I wanted to try the game. Why of course !
Now I've said it before, I am NOT building a force for Epic or anything, oh no. But one Warlord simply isn't enough right ? I just had to add him a couple of friends okay ?
Read Moar Skullz »
Publié par Asslessman 34 comments:

Cool and hot - Being a Bratt in the underhive 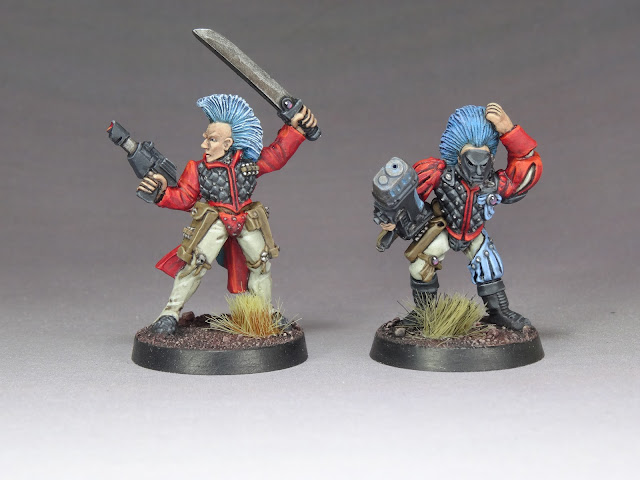 Well as expected, playing Necromunda has made me want to... play more necromunda. And it's also made me want to upgrade my bratt gang which isn't much of a gang for now if I'm being honest...
Since I managed to get my hands on the sweet limited edition guy with sword and my mate Rochie gave me one of the armless gangers in a trade (thanks mec), I took the opportunity to add a bit more serious firepower...
Read Moar Skullz »
Publié par Asslessman 27 comments: 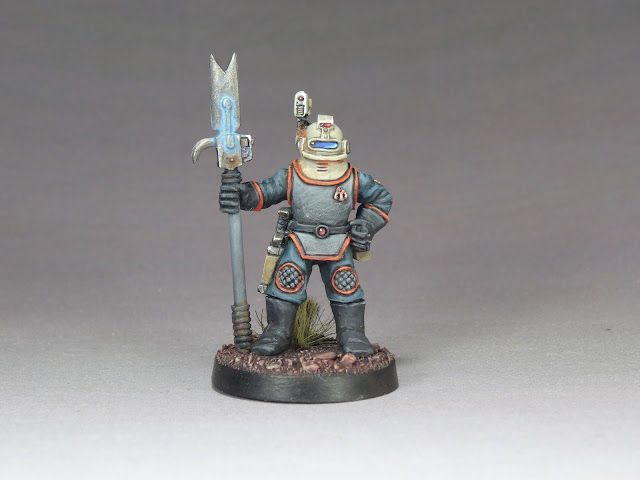 I just have to admit it, BOYL is over and it was only a week ago ! Like most people attending and taking part by playing and socialising, I feel a little post-BOYL blue (that's a thing).
Honestly, what better way to still ride the vibe than to paint the exquisite special model we were offered there ? Right ?
We've been used to having great models throughout the years now but I have to say this one is remarkably good.
Read Moar Skullz »
Publié par Asslessman 35 comments:

Summer in the underhive - Necromunda campaign 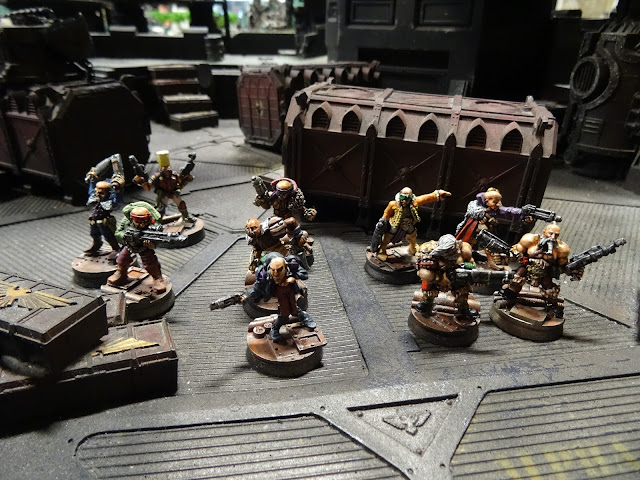 It's become a sort of tradition amongst my friends going to BOYL to organise a little warming up get together at Warhammer World to enjoy a few linked games.
With the release of Necromunda earlier, it was pretty obvious this would be the one we'd play so we all came up with a gang and Jon/Axiom designed a great campaign for us to meet as many players as possible.
You might have noticed the heat this summer is quite severe so Jon added a taste of it to the campaign to increase the immersive power. Before the games, some gangers would go missing, taken by the heat or some would even become crazy, acting weird(er) to the point of attacking their own friends ! 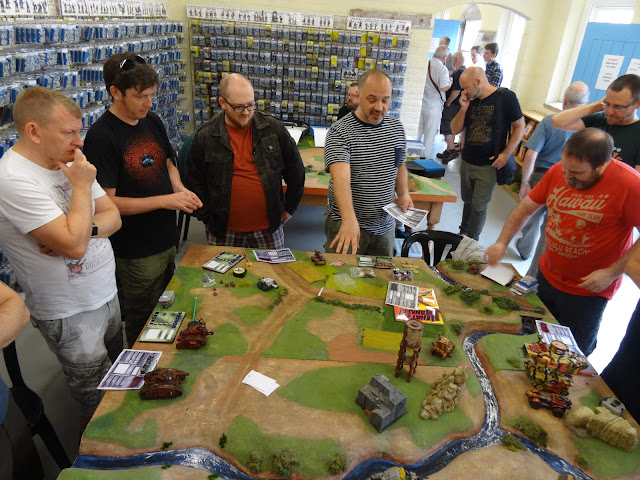 Well well well ! It's this time of year again ! I just got back from BOYL and need to tell you all about it ! Of course, Bulldog Lopez has already covered the most important points but there are still a couple of lousy details that may be of interest to some !
As usual, this post will be packed with pictures so take a good seat and a fresh drink (damn heat...) and let's go on !