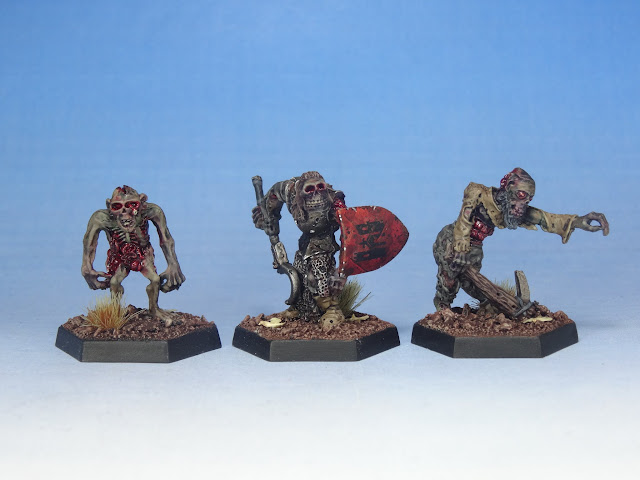 Never was much into zombies to begin with but I've actually painted quite a few since last year. And I have to admit loving the process. They're very rewarding and quite forgiving and often have plenty of silly details that make most of their charm (how else could we love dead but walking rotting meat ?). 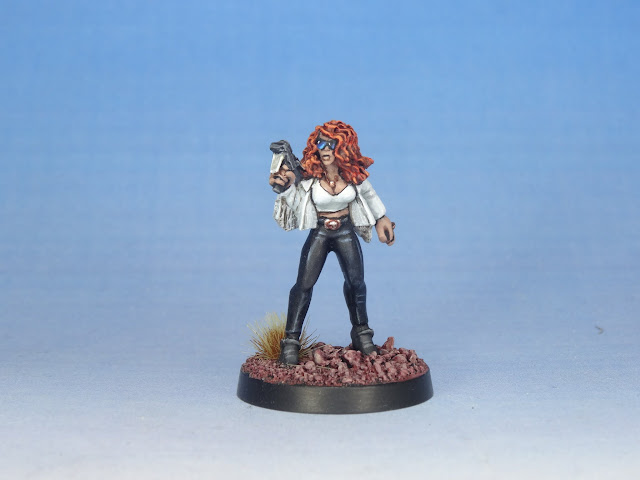 Ok, Long shot for this one, you folks might remember the side scrolling game of Advanced Heroquest I played in Ireland some time ago... you don't ? Aw come on ! Here you go.
The game was played with my friend Paul and GMed by master Crooks.
We had plenty of models to paint for this game as well as for the Frostgrave campaign we would have later that week.
Read Moar Skullz »
Publié par Asslessman 27 comments: 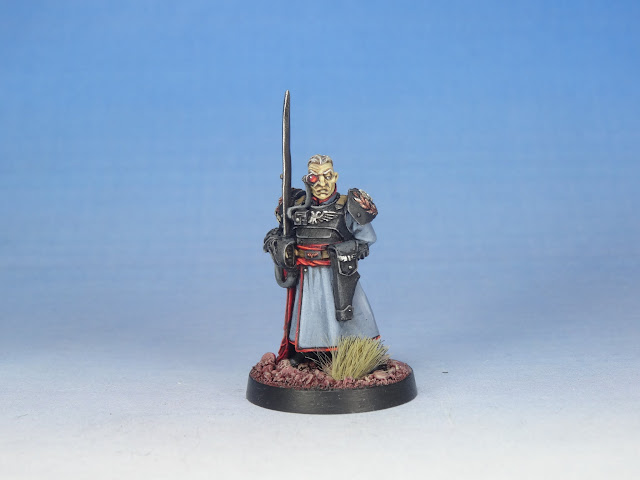 Well it seems the grim darkness of the far future has become agitated and that with the news from the front, some tragedies have to be remembered.
With my fellow WIPSters, we've decided that we should celebrate Cadia one last time in our own special way : painting models and saying stupid things. Luckily, you're spared most of the insanity and just see the painted models 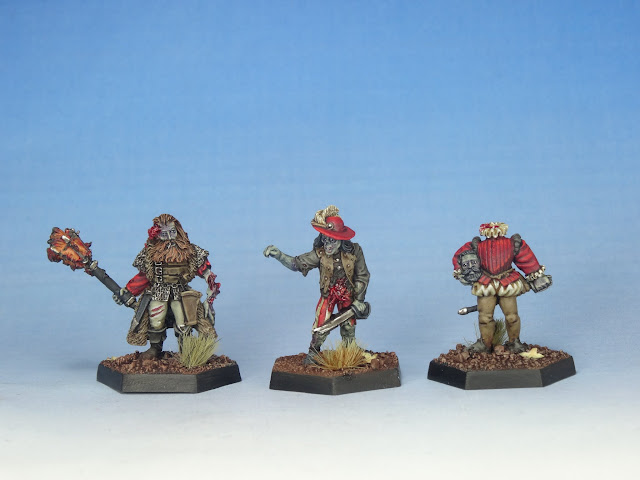 Still working on a project that require a lot of stamina, I'm treating myself with pauses like these guys that are just fun to paint.
Following my last post about the vampires, I actually lied. Bad I know.
It was for a good cause though, honest.

Base building from French Model Workshop 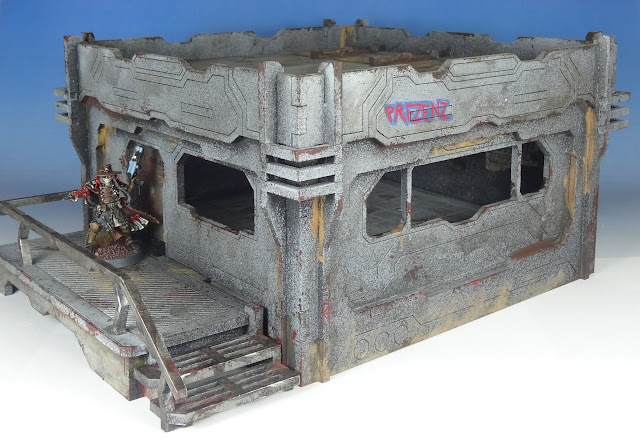 After building my base building from French Model Workshop the other day, I used some spare time to get it painted. A couple of hours playing with the spray cans and washes on Wednesday and an hour or so playing with pigments and some blister foam and here I was !
Read Moar Skullz »
Publié par Asslessman 16 comments:

The vampires from the Baronies 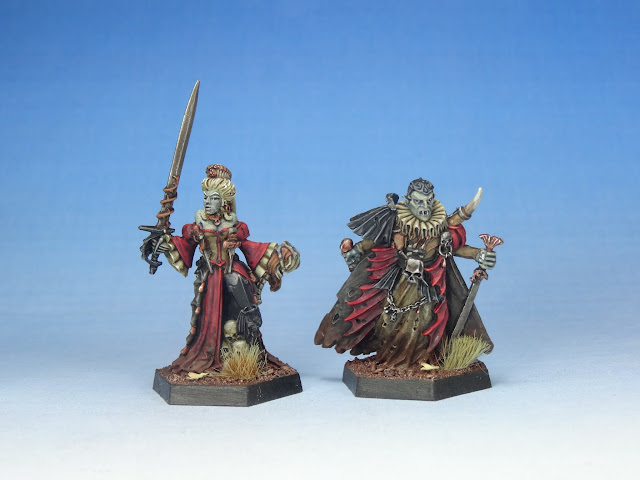 OK, so new year, new projects, some dating from way back and some brand new. Well, this one is actually a bit of both.
I've been toying with the idea of an undead force for a long time now but with my "armies" days behind me, I just didn't have the will nor stamina to do a big project like this anymore.
Good thing is, Frostgrave and Mordheim followed by Dragon Rampant with the Champions of Law have tought me small forces can easily made and augmented if you want to scratch a special itch.

With that in mind, since I had painted a zombie for deadcember, I just had to paint a model now and then to slowly but steadily grow my group into a playable force.
Frostgrave being centered around the wizard and his(her) apprentice, I opted for a pair of vampires. Vampires are cool. Well they can be.
Some are. OK ?
Read Moar Skullz »
Publié par Asslessman 36 comments: 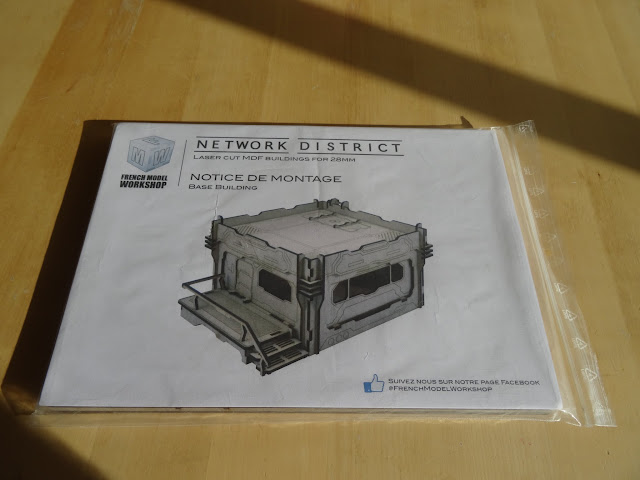 The other day I was reading Morikun's blog and I fell upon a very interesting post about new scenery kits to come.
I have to say it immediately pressed my buttons, I'm still looking for scenery solutions that are modular and easy enough to use and French Model Workshop seem to have come up with some really fancy stuff.
Read Moar Skullz »
Publié par Asslessman 12 comments: 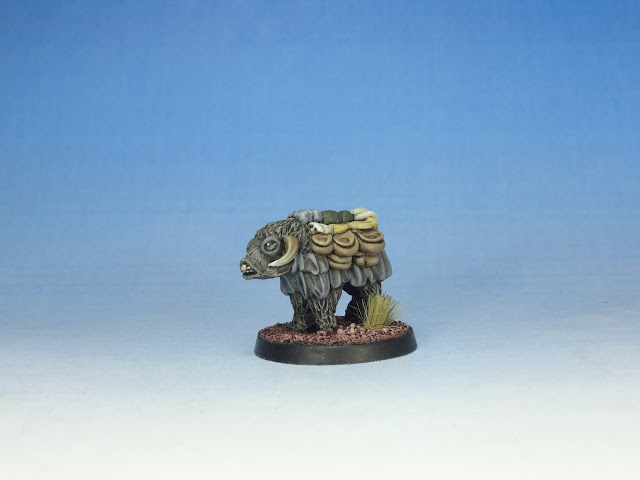 Along with the scaly mutant from last post, I got this wonderful little creature full of character. I honestly don't know what its name is but I love it.
Its one of those sculpts you don't think about at first but which is essential to give a bit more depth to a setting or to the characters next to it.
Read Moar Skullz »
Publié par Asslessman 29 comments: 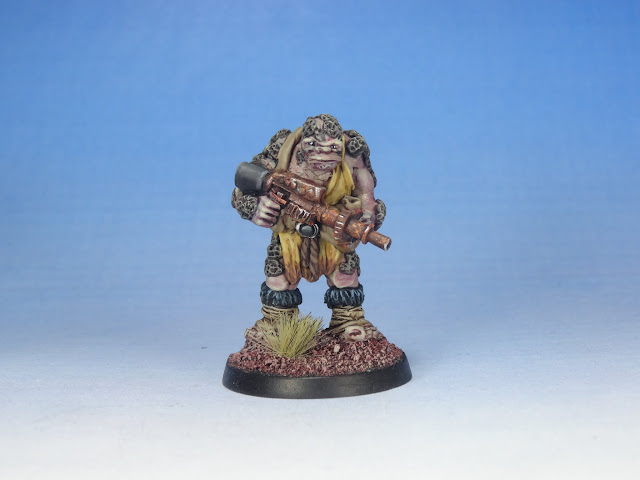 It seems I just can't get my attention from those scavvies... well not that I'd complain really !
After posting the last mutants for the group, I was kindly given the opportunity to paint a copy of Barnacle Ben, the Scaled warrior from Bind Beggar Miniatures. I'm usually one to like being given such opportunities so after receiving it yesterday at noon. I immediately prepared, based and primed it.
Read Moar Skullz »
Publié par Asslessman 22 comments: 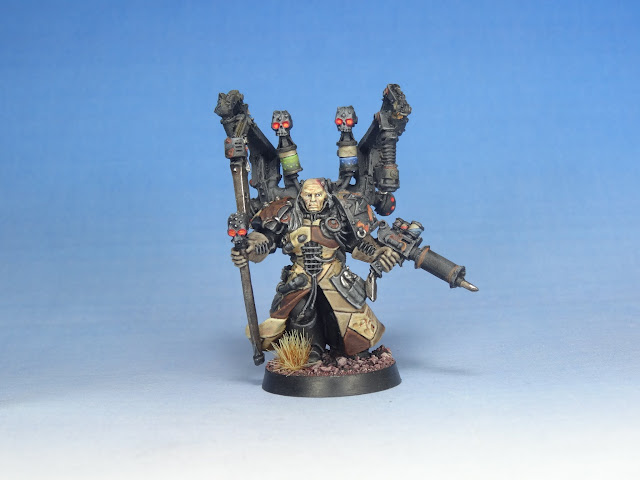 New year's resolutions... the fools amongst us keep making them believing they'll respect them while the most strong willed adhere to them to the letter. Well I'm a sort of strong willed fool so I kind of always stay in this middle ground. Why all this rant ? Well I've decided to get as many half finished projects out of my table as I could so after finishing the last 2 models on new year's day, I turned to the next most finished model I could see. Turns out it was a model begun almost exactly a year ago... Oh the shame...
Well Fabius Bile was lucky enough to be alone and half finished on top of his old paint pot so I grabbed him !

Scaly and plague mutant for the scavvies 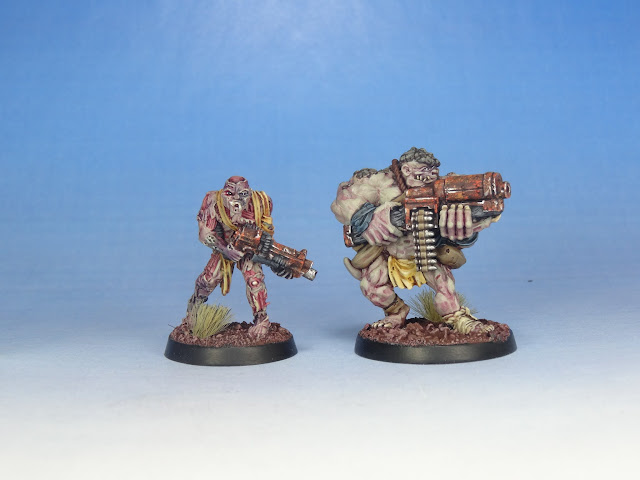 Sooo, I've spent a very quiet new year's eve. I was at home with my son enjoying a quiet night with no noticable noise from the neighbors (unusual and unexpected) and just felt like painting since I'd have many more occasions to parteh. Unfortunately these 2 guys were finished at 00:30 so they're going to count for 2017 !
I had these 2 booked for the scavvie band but didn't feel like painting 8 models right away so I first started with the more human members to then get back to the more heavily mutated members.
Read Moar Skullz »
Publié par Asslessman 33 comments:

And here we are again, it's the end of a year and the beginning of another and I can sense you're all dying to know what I have to say about this all (after reading what all the other bloggers had to say about it)...