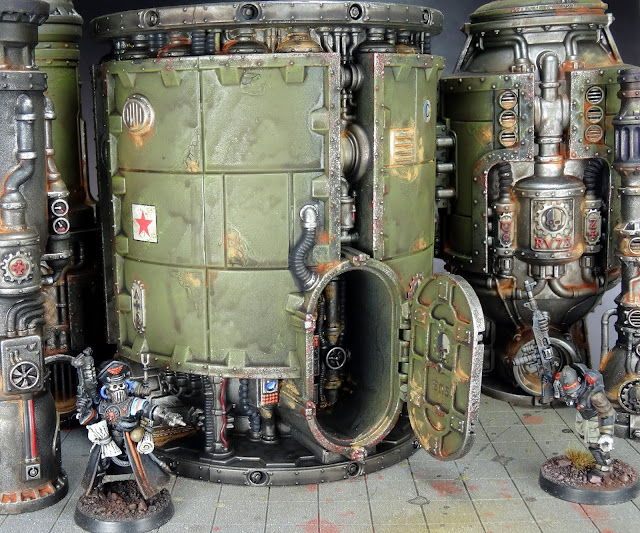 Still trying to make the best of the time I have before this WE, here is part of the Show Wars scenery I managed to get done this past week !
I've bought the Shadow wars : Armageddon box at its release (lucky me) and I have to say I'm more than chuffed with it.

Wwat mostly made me buy the box was of course the terrain more than the old model kits really. Rules are simple enough (as in simpler than Necromunda which they 99% derive from) and they offer the opportunity to play different races which seems to please most people given how many bands I see popping on blogs and the net.

GW has been doing a lot of nice things lately but there's one thing they're getting wrong : names.  There used to be a time when I knew every possible model they made aloing its name but now it's just impossible, not because of thevast amount of stuff but because the names they chose don't mean anything.
Anyway, since this 'might' be all due to me nearing 36 years old and being too old for this shit, I'll just present you the elements I got done for now...

The photos don't really do justice to the textures and feeling I got but I swear it does look a lot less toy like in real life.

The bug tank is an especially nice piece given its size. I really like the idea of the door but I don't understand why they didn't make the door openable. I had to drill and cut to make things a little modular which is the least of things I think. 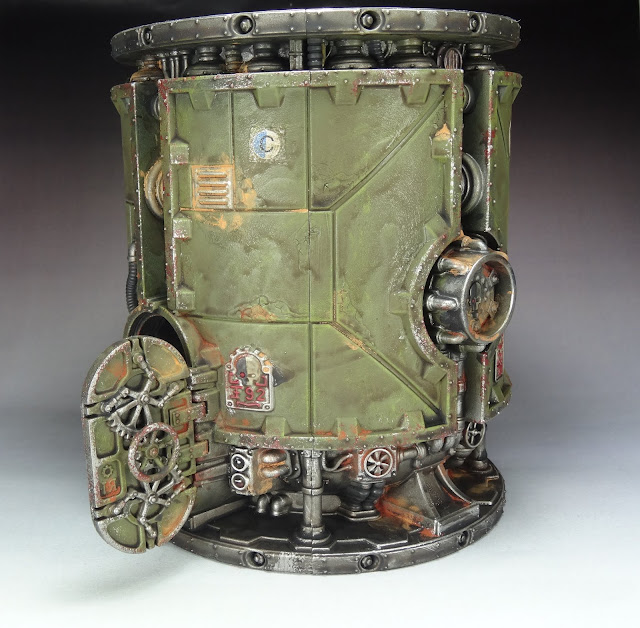 The dome, goes straight over the tank, or not, it's up to you. The possibilities of assemby are almost endless thanks to a very clever design so I've tried to keep most of the possibilities open by not gluing too much stuff together. 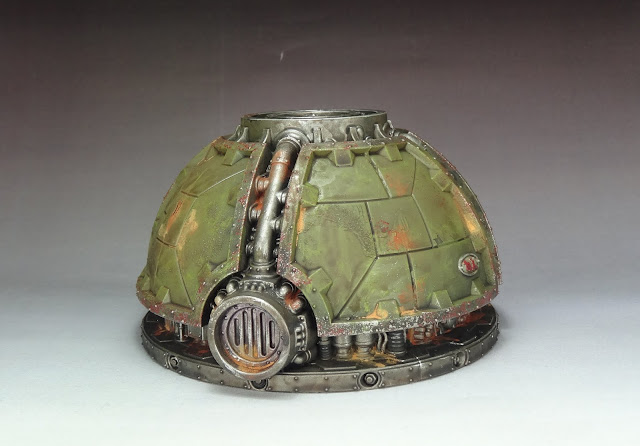 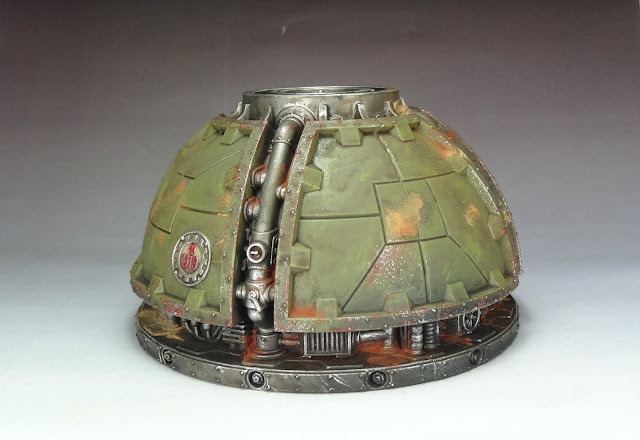 Probably my favourite piece of the set, the grim coffee grinder is just the right size and level od details and paints well. All you could ask really. I'm totally gutted I glued the fan on top since it could have been used in other ways but that's life I guess... 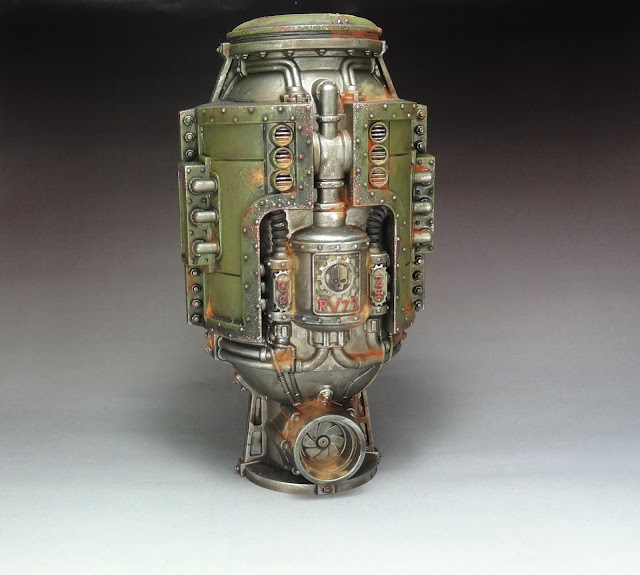 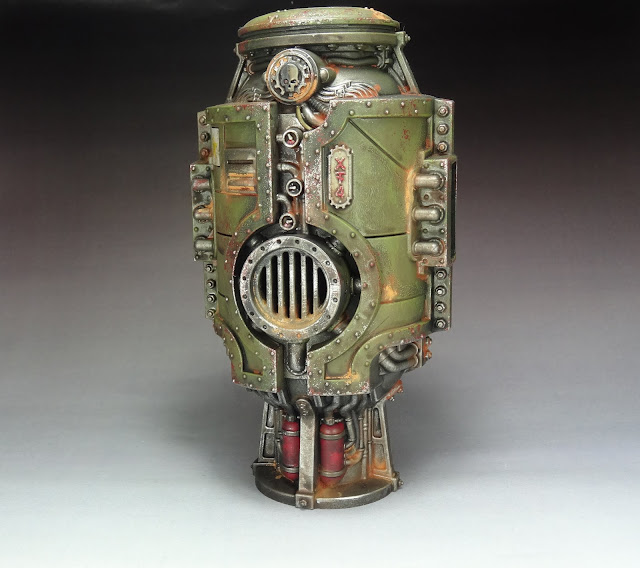 The "Dethpypes" are also very suprisingly nice and characterful, they'll give that extra bit of insustrialism to your underhive with that slight gothic touch people will praise you for. 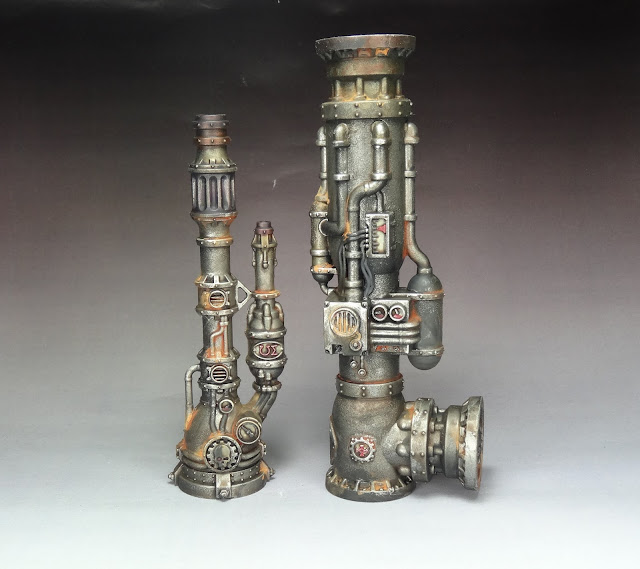 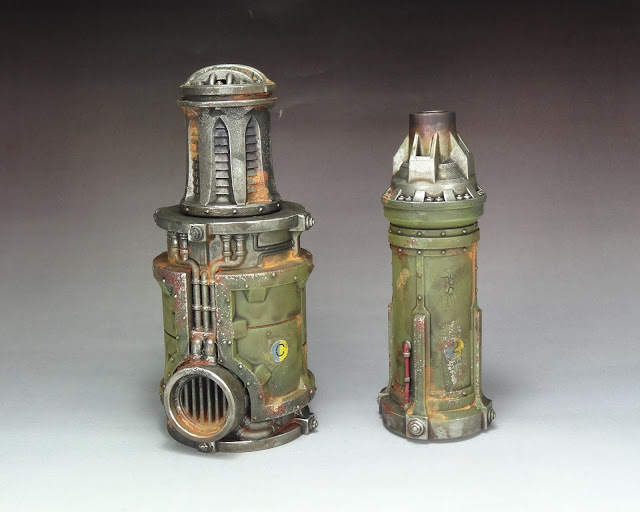 So here we are, of course, this is merely half the scenery done but that's the trickiest one I believe, theother should be a litle more straightforward (I hope so at least).
I need to keep ploughing since this WE will be dedicated to games and fun with friends !
Publié par Asslessman