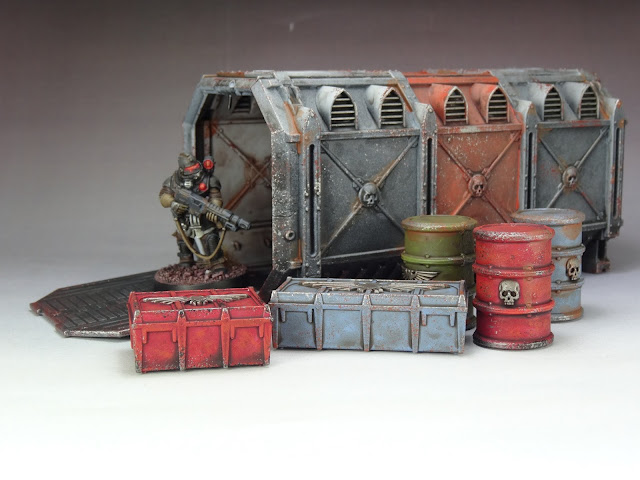 An unsual for me this time : terrain. Or to be more precise, terrain of the scatter kind.
See I have a gaming WE in a couple of WE and I have offered to bring terrain to make a table for some 40k skirmish action. Problem is, I'm quite poor in stuff to populate my tables still.
That's why I decided to finally get this kit done.
See, this kit is quite special, I've got the habit to regularly go on Hobby buying embargos. Rules can vary but they basically forbid buying any more unpainted model in order to stop the growth of the leadpile and to save a bit of money at once.

Aaaaanyway... I wanted those containers done and I got them done : 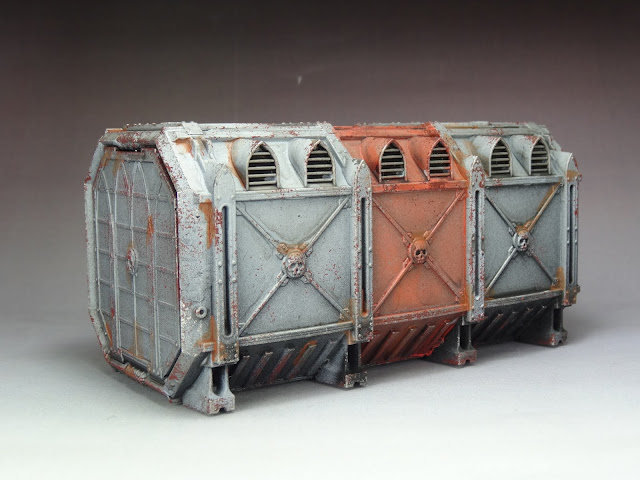 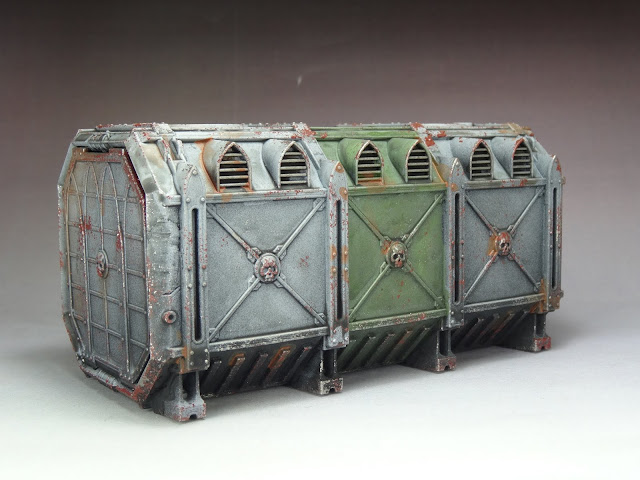 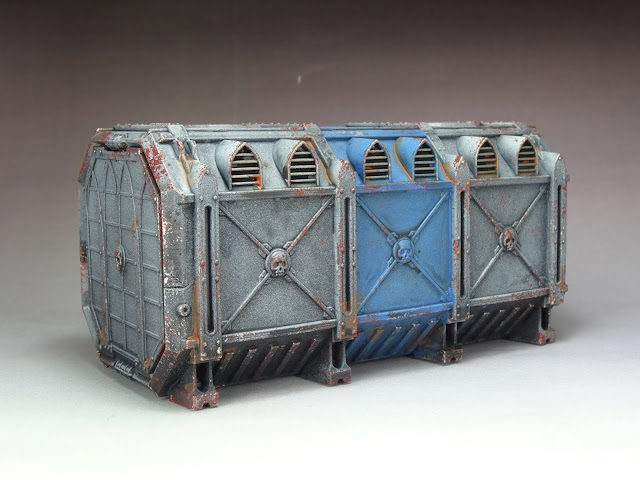 It took a bit of planning to get them done like I wanted though...

First part (which is one of the most annoying ones for me) was to release every single bit from the sprues (well not all of them actually) and remove the mouldlines and injection points. 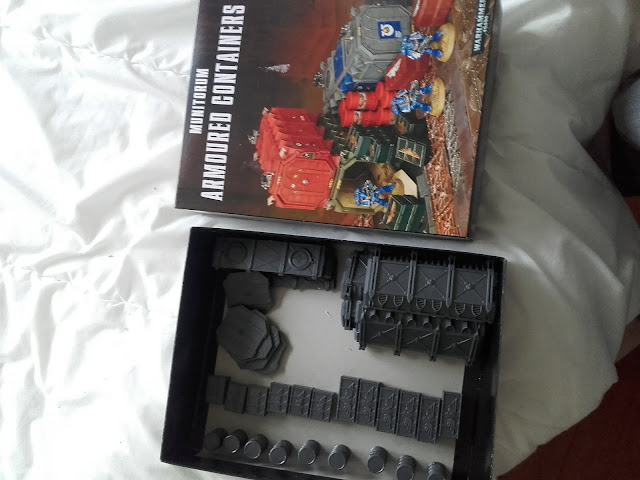 Something I really wanted was to have the interior visible for scenic shots so after a white prime coat, I washed the interior panels and weathered hastily (you don't want to spend much time on parts which will be barely visible later). 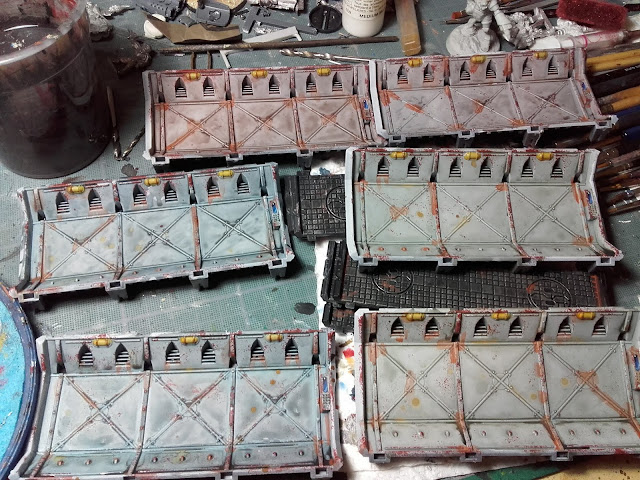 Did the same for the floor/ceiling panels as well and inserted pins in the ceiling panels as well as in the doors.
Now GW's latest kits have all been wonders of model design really and it's really impressive to see the thoughts that went in some of them, truly admirable from a technical point.
However, I was quite displeased by the total inability of this kit to let the doors open or close at will like for most vehicles kits.
The doors are so thin they don't even make the process of making them openable easy. Some 1mm wire carefullly pinned in place did the job though although a few cuts in the floor panel will be unavoidable to let the doors open. 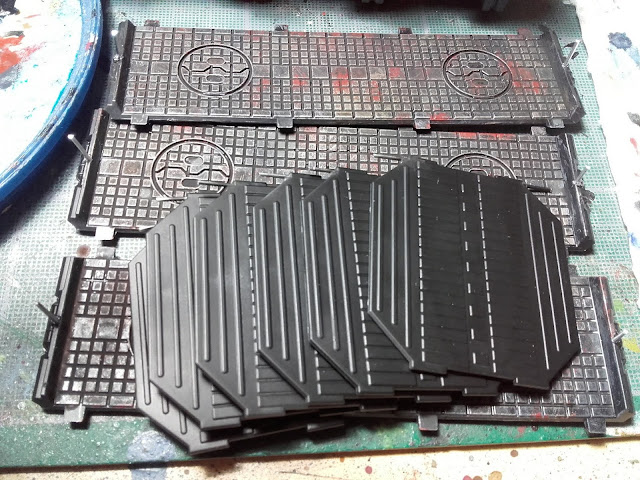 After painting the inside, I built all the containers. 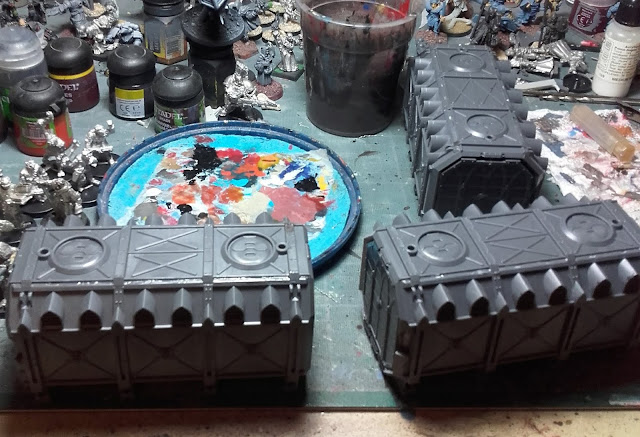 I knew from the start, I wouldn't use all the bits. The kit is full of "40k gothic" pieces that are a little OTT and out of place for what I want and moreover, they can be used later to make other kits a bit more grimdark and tied so I left the control panels, imperial eagles and weapons aside for future use.
A quick gap filling with milliput and the containers were ready for painting. 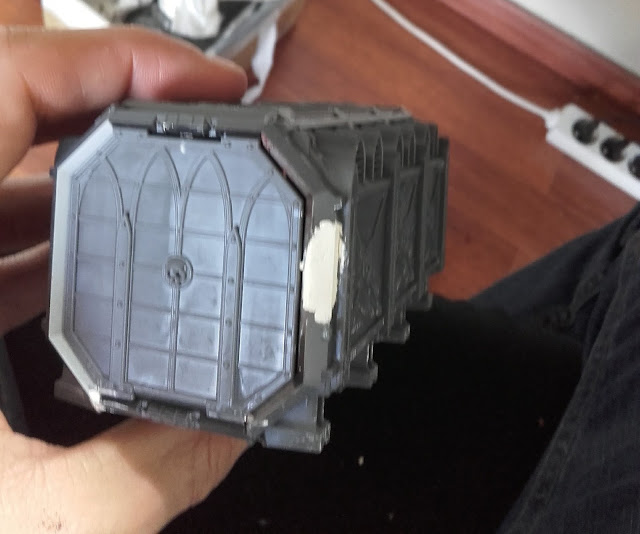 Here you can see the magnet I placed in the doors to stick to the pin above. 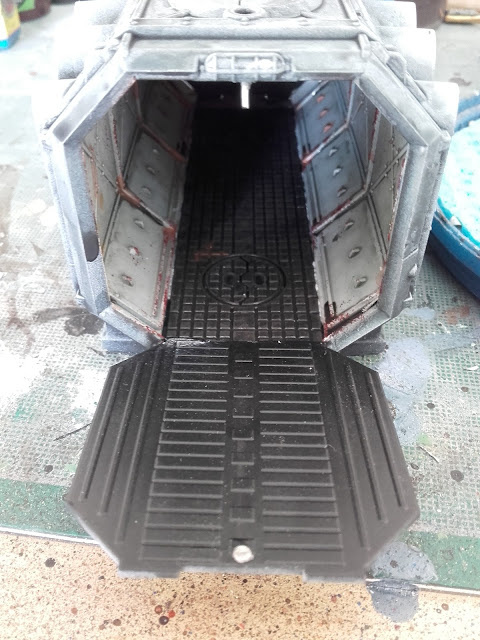 The pins aren't exactly elegant but painted black, you practically don't notice them and from above (like you usually se them on a table top) they're invisible. 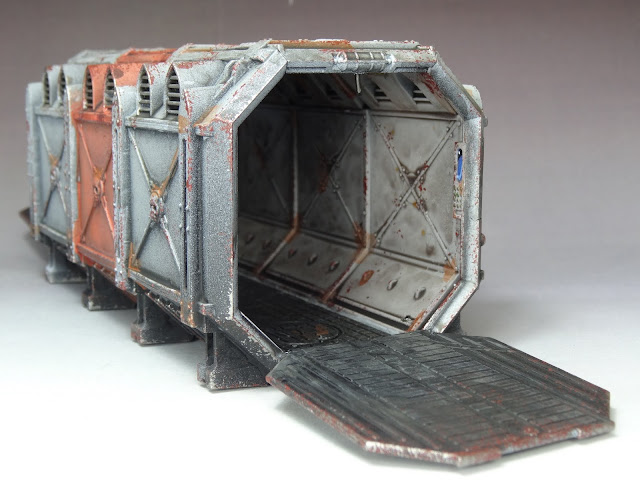 Since I was in a scatter terrain mood, I also got those parts painted. They're miscasts kindly offered by Curtis from Ramshackle Games. 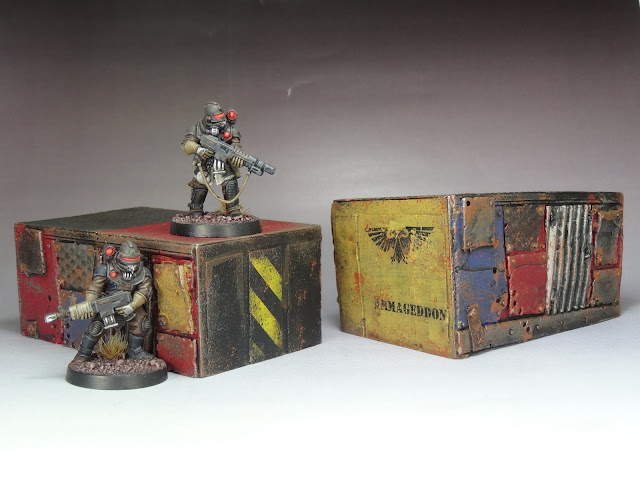 The munitorum kit also contains some crates and barrels that are perfect to make the table a bit less flat in between buildings., I'll probably need more of these at some point but baby steps heh ? 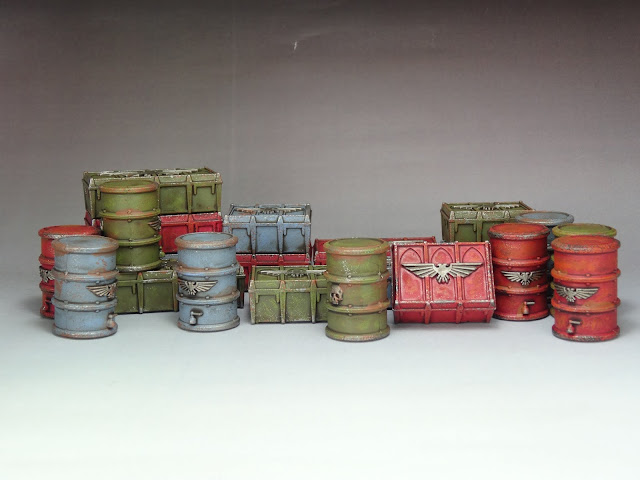 All in all, I'm quite chuffed by all I got painted although I realize it's clearly insufficient. 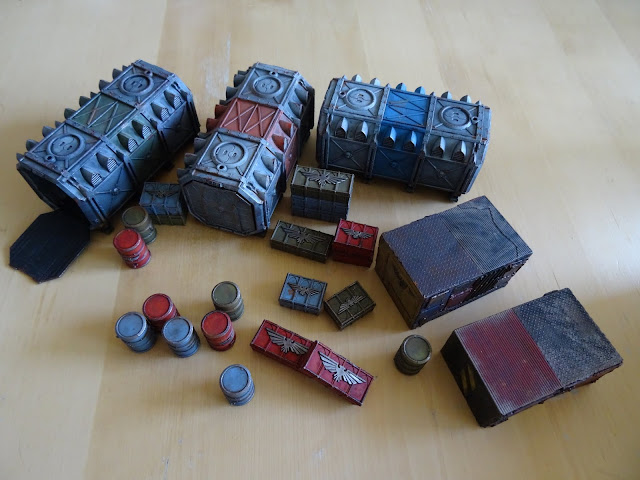 I do have more in the plate and very little time though... ^^ 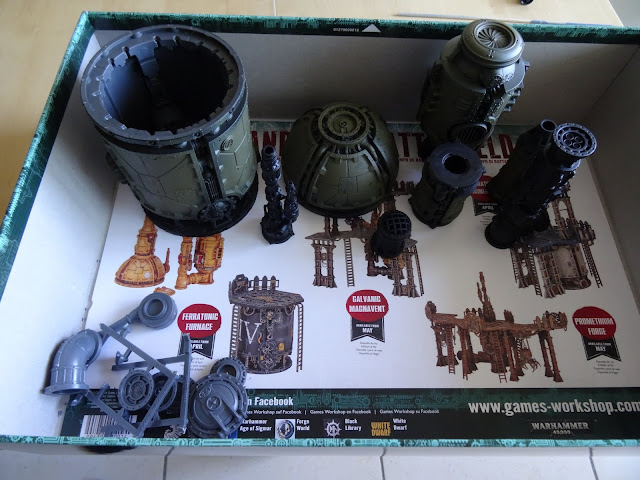