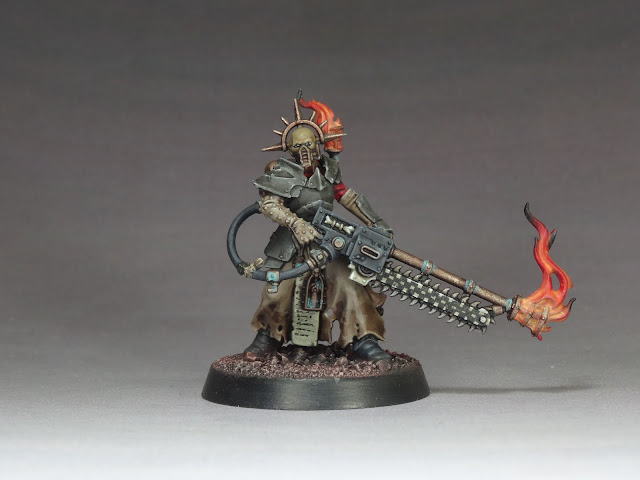 Hey all ! So as promised, here's another model for my Blackstone Fortress set ! After painting Taddeus the purifier, it only made sense to paint his acolyte Pious Vorne ! I actually started painting them at once but focusing on finishing one after the other near the end.
Pious is the glass canon of the team with that overt the top 40k trademark (yet relatively few skulls) and it was also a good exercise to practice flames since I have some scians ofthe flame for warcry in the pipes. I tried to keep things rather simple on this one with neutral earthly colours (except for her red suit underneath) because of the very hands on approach I imagine she has.
I have to say I was puzzled by the headpiece and really thought about swapping that head for another but then I realised something odd and silly suited the character more than the fancy ideas I had. 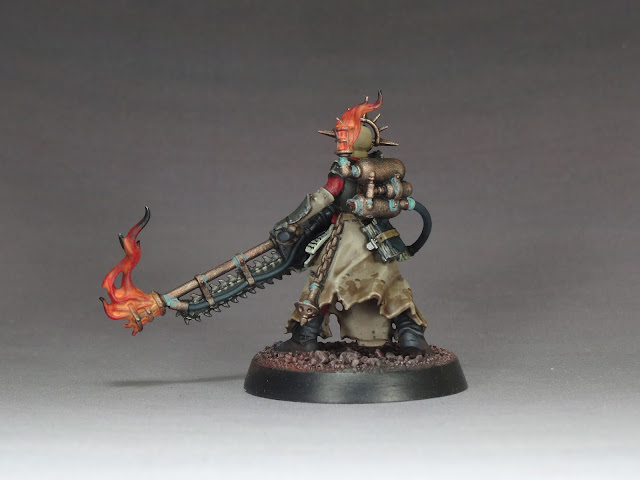 So here's the power couple united 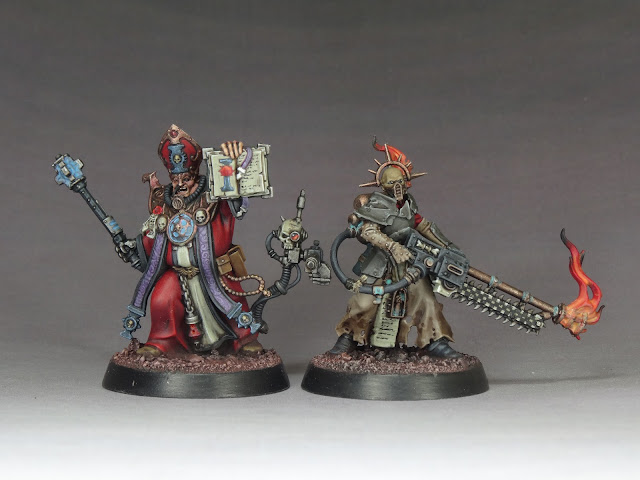 That's more than half the heroes done for now so it's about time I start painting some villains ! I'm working on the cultists but they're gonna be a long haul so I might squeeze some of the easier less numerous entries in the queue to keep a steady pace on the completion of the box and to keep the motivation !

I'm still working on many projects at once right now but all are very entertaining and motivating so let's keep things this way right ?

Happy painting to you all ;)