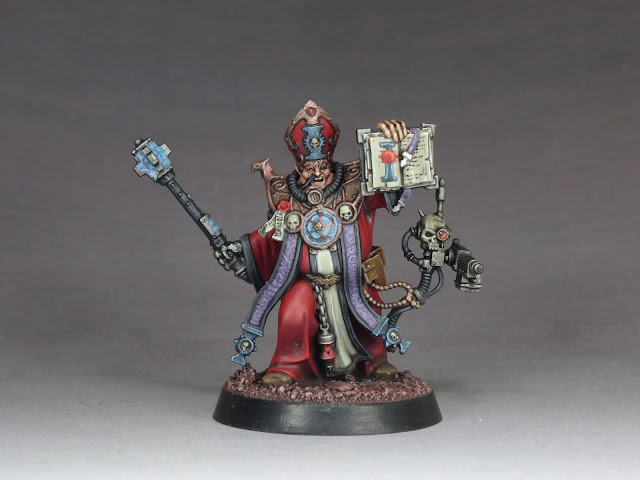 Hey all, so here's my 4th adventurer for Blackstone Fortress !
So far I've managed to keep my promise to paint something for the game every other post and I hope I can keep that balance for long enough !
This time I wanted to paint Taddeus the prurifier, I'll have to be perfectly honest with you and say that at first sight this model really was a league under the others for me, something odd, like it was too detailed and many of the details were just rushed, like often thoug, you really only know a model when you've painted it and although I still feel like some details (like pouches and bags) are really just filler, it makes a lot more sense now that I've had it in hands and caressed it with my brushes !
This model is unmistakably 40k so I've tried to keep a colour scheme that sticks with it.
I feel like the photos here don't do justice to the red fabric, it is different from how I treat red usually and is far nuanced.
I usually like to build strong vibrant reds from a dark purplish red base up to an orangey bright red to give it maximum impact but this time I've worked on saturation only and built the colour by glazing the main red to then edge hilight with that very same saturated red, it looks nicer in real but maybe my photo set wasn't optimal.
I'm trying to learn and train on a couple of subjects with this set so hopefully I'll be a slightly better painter after that ! 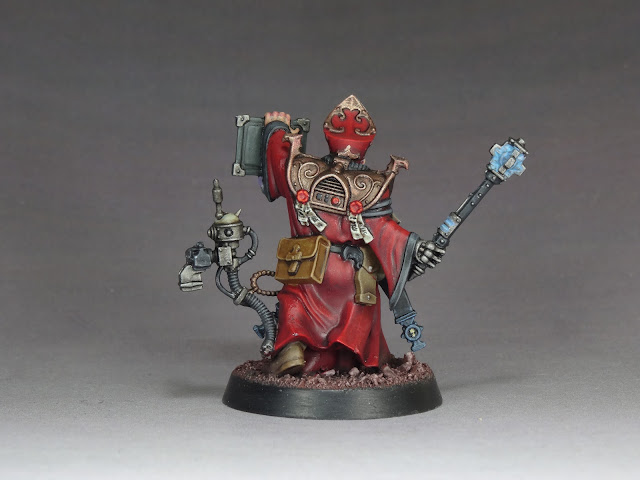 So far the band still has strong individualities but still has a sort of coherence (I hope), I'm pleased with how it's building anyway which is the main thing I guess !
I love how Taddeus still maintains the heavy DnD class trope and I think he couldn't be more of a cleric than he is with his powers and power club, I don't think I've found which class they all really are but the Paladin, wizard, fighter and cleric are no brainers for now ! 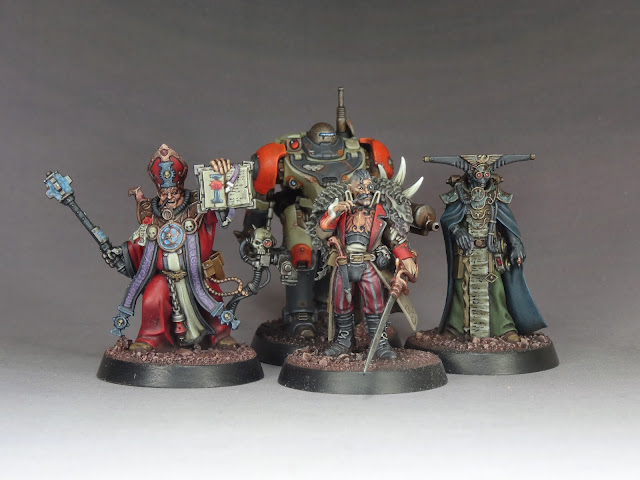 I thnk Taddeus will be happy with friends from the Ministorum from a few years back, they have a lot to talk about so that should be happy days for him ! 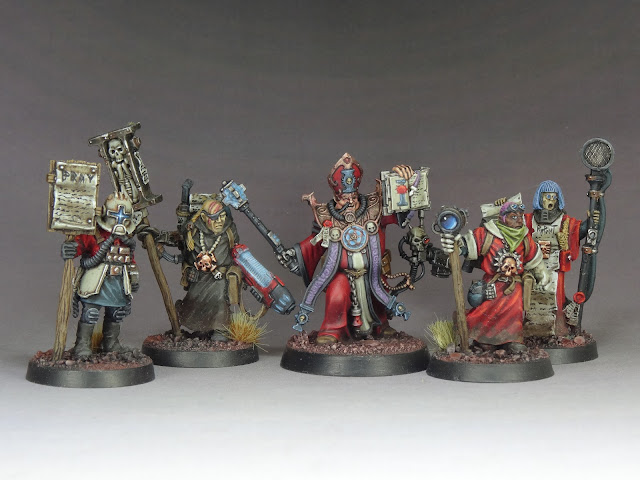 Oh and with the progress being what it is and the end of the game announced, I was lucky to find some useful gaming material at the FLGS ! I reckon supplement boxes are out of teh scope now but that's nice ! 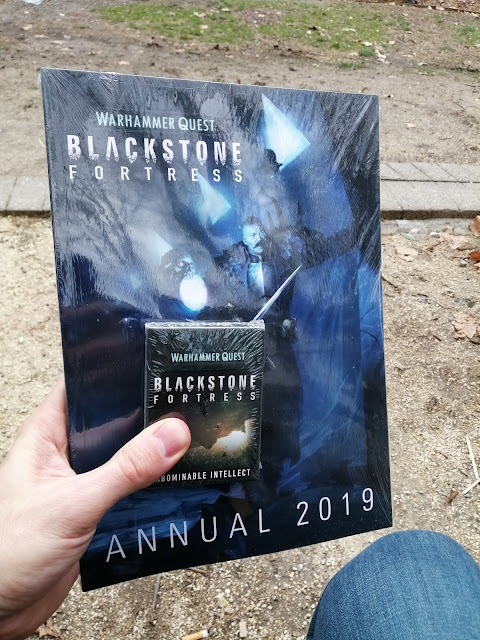