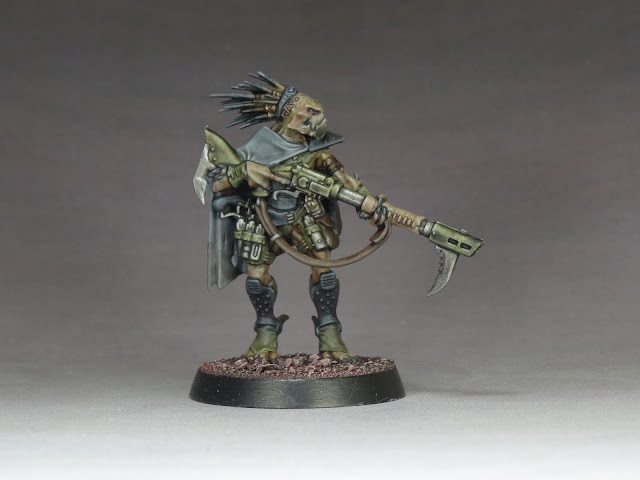 Alright people, so here's a new character for BSF ! I've decided to look at the Xenos and prepared both Dahyak and Ammallyn but running out of some colours means Dahyak got to the finish line first !
This is the first Kroot I've ever painted and I have to admit I discover this race and their anatomy as I went. I have to say I quite fancy this understated pose and real pro look of him, there's the strong and silent type quality you find in Eastwood cowboy characters or a certain mandalorian.
You might have noticed I tried to limit my palette to the max on this one, well I've tried to make the tone selection as tight as I could and decided to work on textures more.
the gun has a coloured metal casing instead of my usual coal and I tried glazing with contrast to reach the look I was looking for which I must say was a complete success. The cloak is also treated with perpendicular light drybrushes to render some fabric look. It does look the part in hand but might be a little too subtle at table distance. I did consider an urban camo on the outside of the cloak because stylistically speaking it would be fun and suit the colours but I was afraid that so many folds would make it blurry (which is good IRL but not as much for tabletop gaming) so forgot about it. 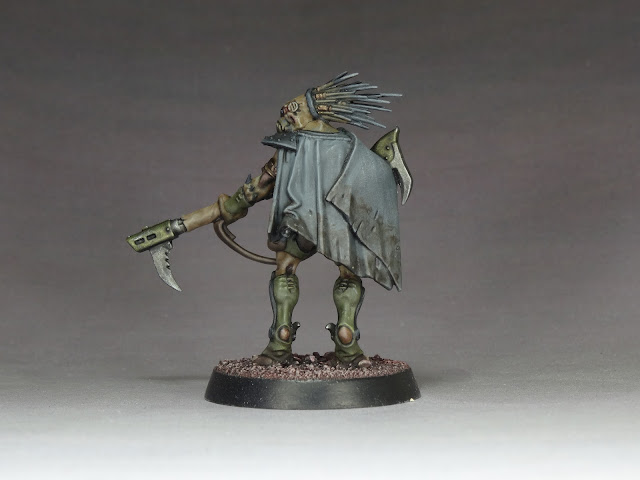 As I was looking for some other characters in my collection for him to hang with, I realised the most obvious answer was the space frogs of course !
I suspect they love the same habitat and might get along just fine when kroots give up on eating them for the geene pool. 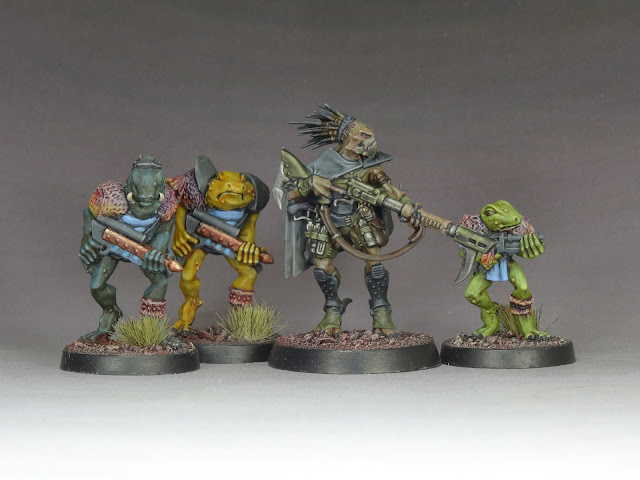 So here we are, that's 6 characters done now ! Things are taking shape ! 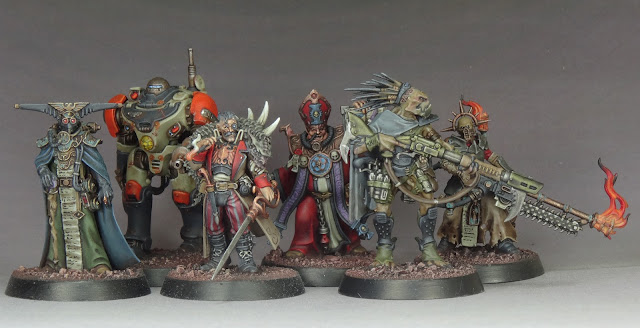 I'm also very glad to say I've finally started on the villains, the cultists will be a long haul so I'll work on some faster groups in teh mean time to keep a sense of achievement throughout the whole process. I figured those guys might be the best to start with so let's see what I can do with them ! 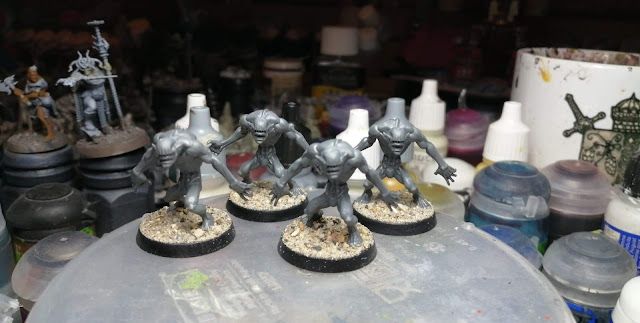 Oh and while there's much better than picture of unpainted stuff, I was quite happy with scoring a box of Escalation. Yes that's another bunch of cultists to paint I know but I think the right way to go with those is to paint them differently, with Necromunda in mind probably. Time will tell. 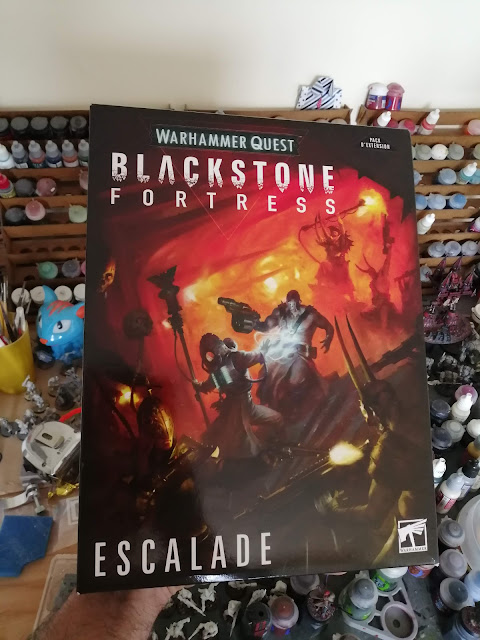