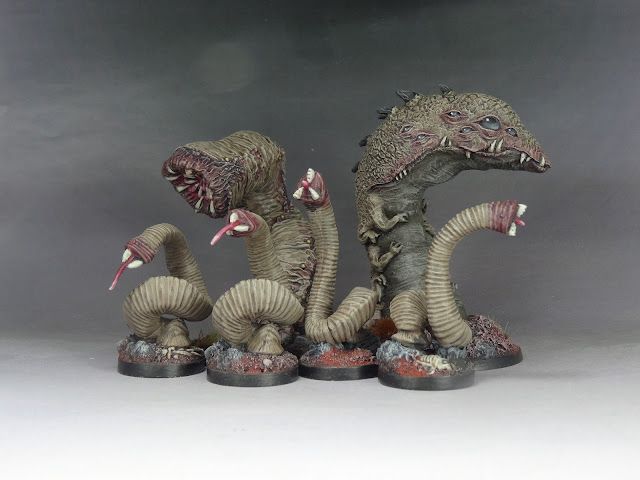 Now I've been slowly preparing myself for a big Stargrave campaign and amongst all the things I need is a list of critters and monsters to get some fun random encounters. So a little while ago, I made a selection of the sort of creatures I wanted to have crawling in the ground and popping right under my characters' nose !

One of the ones I wanted most was this excellent creature, the Terrapilla, from Jaycee Fairclough for the Thunderchild range (now sold by OSM) 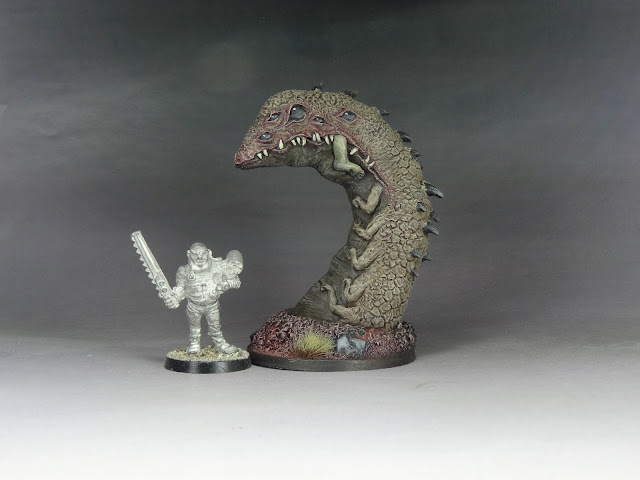 Now I bet some of you will see echoes from Tim Burton's Beetlejuice and the sand worms I guess : 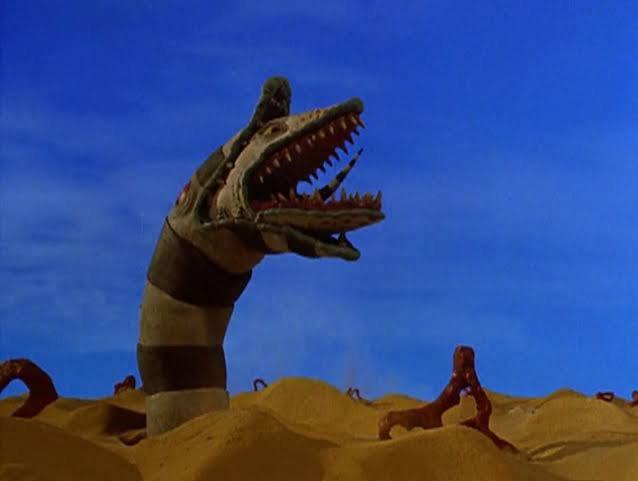 I've added an unpainted merc next to it so you can see the size of that beast (every model I have is packed for a house move at the moment so I unfortunately had no painted miniature for scale). I've given this guy a rather duller colour scheme than Jaycee did on the promo shots : 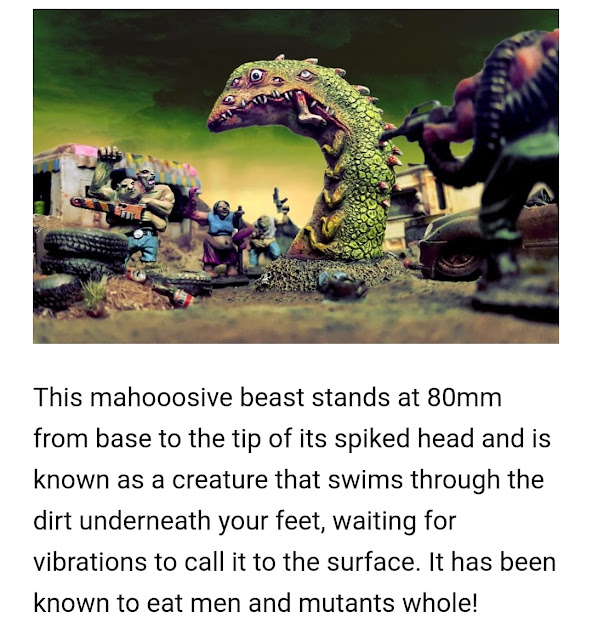 It's a great model that paints fast and easily so really can't ask for more. 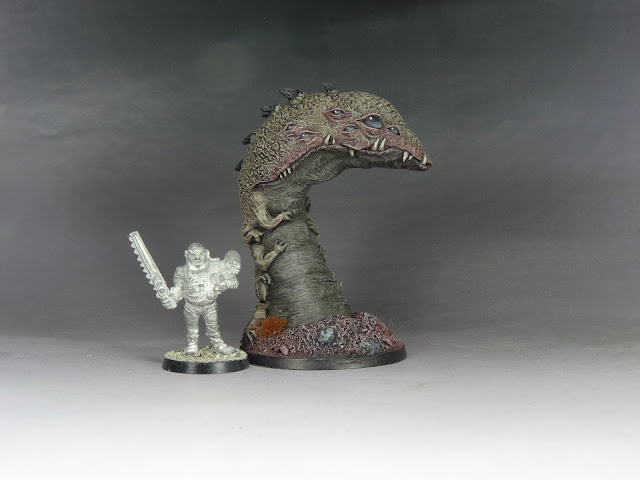 Next is the Reaper great worm, I reckon it's an absolute classic for many people needing a ... well a giant worm. Now I have to say I'm definitely not a huge fan of bones despite its obvious advantages but I have to say than apart the chore of basecoating by brush on an hydrophobic surface, the model was an absolute delight to paint, I've painted it very simply with speed techniques but it could surprisingly be taken a lot further because the sculpt is great with plenty to play with, if you want to keep it simple like I did, then the textures are really painter friendly. A great surprise. 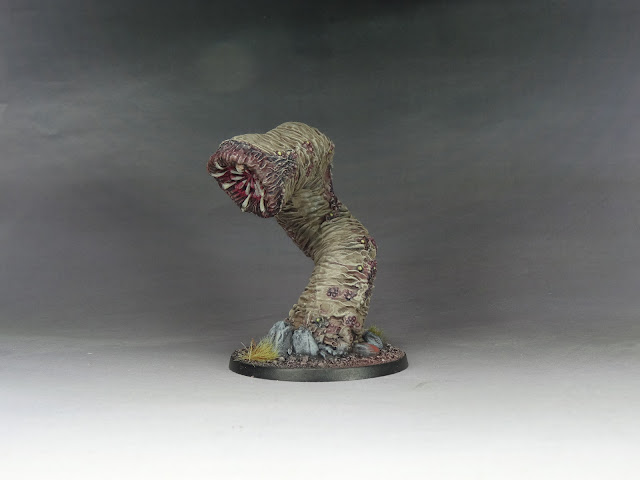 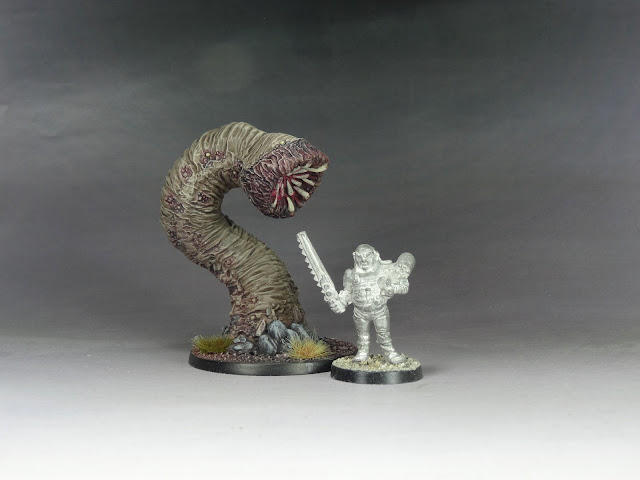 Next are 4 giant leeches to keep the creepy crawly phallic vibe, reaper bones again but earlier type of bones, so definitely not as fun to paint. I tried to bend them into different poses with heat and lock them with a cold bath which worked for a while but I can see they're slowly but surely falling back to their original shape. Not a big issue tough, they will very unlikely ever have a big role other than coming from a toxic pond to threaten our characters ! 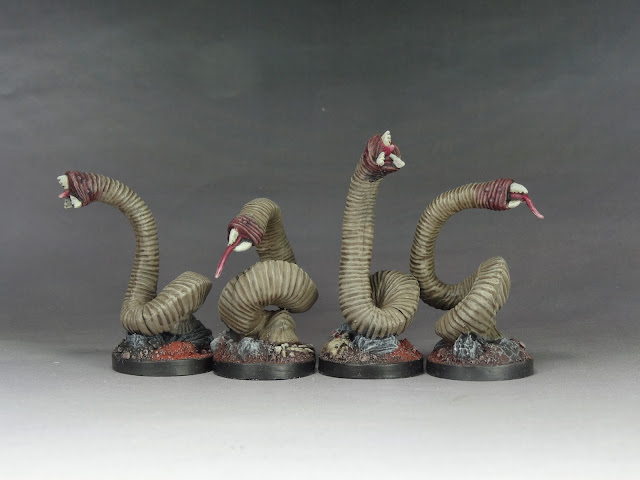 So these are yet another 6 models in the bank and filling the monster basket, those were painted rapidly to empty the painting desk and to move on but it's sometimes good to just get things done with no hassle to build momentum and motivation and these did just that !

See you after I move house and can take back more ambitious projects !