Hey, so here's my second entry for the Gary MOrley challenge on the oldhammer facebook page. The Adeptus Painticus ! Honestly, how's that not the best model to enter for a painting challenge ?

If you're not familiar with the model, it's because it's a limited edition model that was made for the Collecting Citadel Miniature group in 2012 (phew that's 10 years ago) amongst others you can check HERE.

Now I was already painting oldschool stuff then but I wasn't present online much if at all (that changed in 2013) so I wasn't there when it was released. However, I turned 40 a few months ago and got some choice models from friends to soothe the burn and this one was in the lot ! 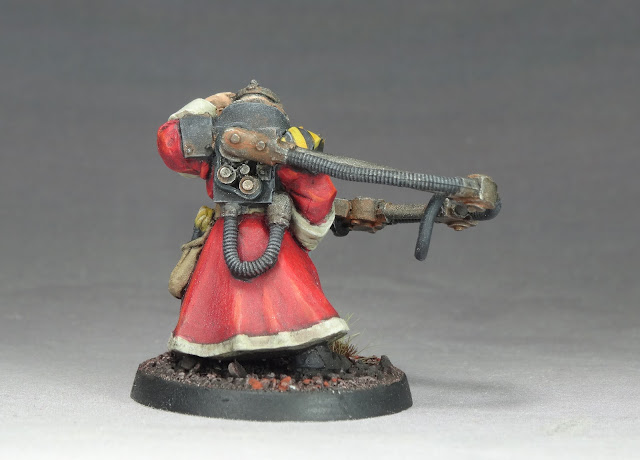 I really love the attention to details Gary put into this guy like the wrinkles at the side of the eyes because he's focusing on details (see below), he's also holding what looks like a space marine model so after first painting it blue, I decided to paint it like the marines I'm painting myself, the scythes of the emperor to add a little more meta in. 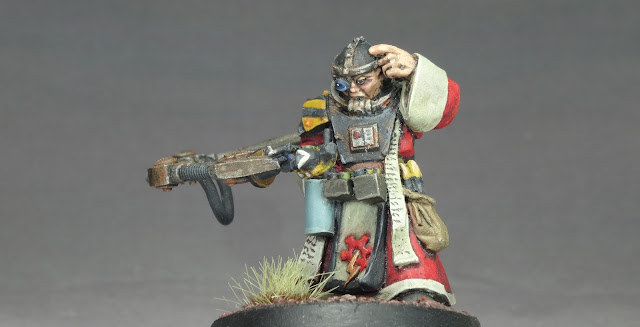 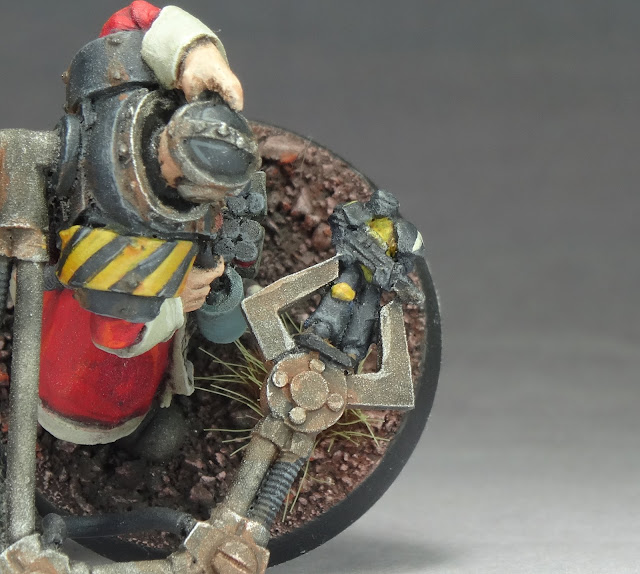 He looks like a teenager amongts my more seasoned adpetus mechanicus crew but he fits in with the colours I reckon.
This was a very nice model, showing Gary's talent and attention to details only a painter picks which made it a very rewarding model to finish ! 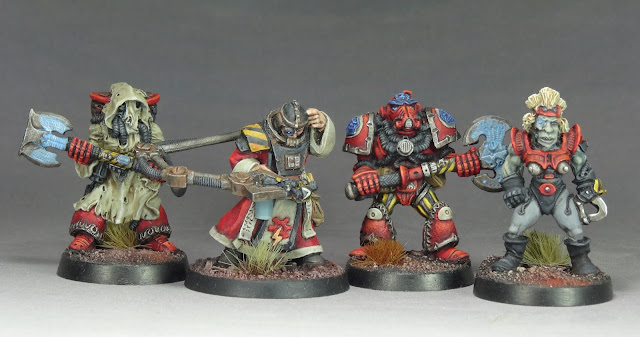