Hey all ! So today I'm bringing you one special model !
The chevalier Ermite de Malmont is one of those hobby grails (no pun, almost) for many, an iconic sculpt, not easy to source and therefore quite desirable. "Stop bragging JB, you got one, OK don't rub it into our face !"
Not quite.
The model has been sent to me by a nice friend for me to paint as payment for some models. I would argue that painting a beauty like that is a reward in itself but so was the deal. Of course, with the million projects in progress in my head and on my desk, it took me quite a while to get onto it but since I launched a paintig contest focused on the work of Gary Morley this month on the Oldhammer facebook page, I thought I'd use the opportunity to paint it !
Now since the model was a gift for a friend, I wanted to make it a little special and painted it to the colours of his Hometown Seraing in Belgium : 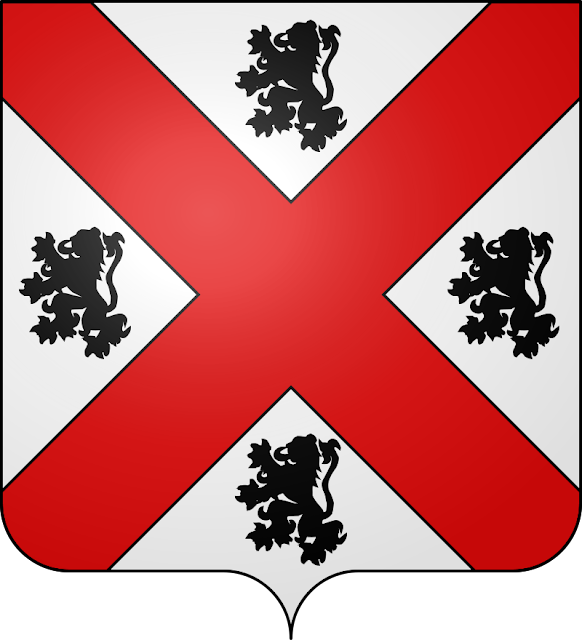 I was tempted to draw the pattern on the tunic but I'm not good enough for that and I fear it would have made things too messy with most of his chest hidden so I went for a more subtle way. 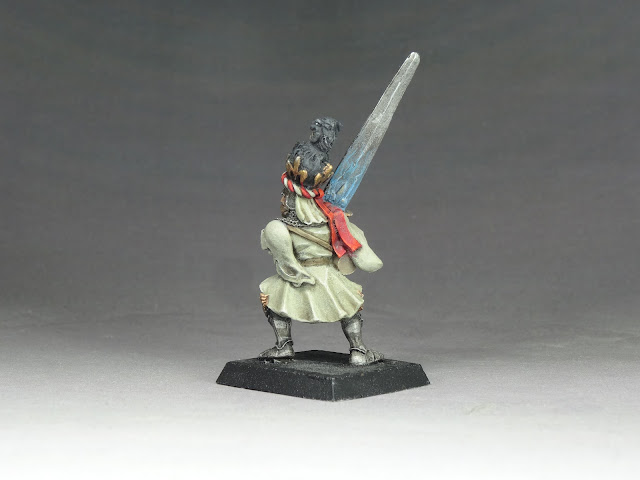 It's obviously considerably less colourful than its 5th ed original period but I can't help how I paint (much) so that's my version and I'll stick to it ! 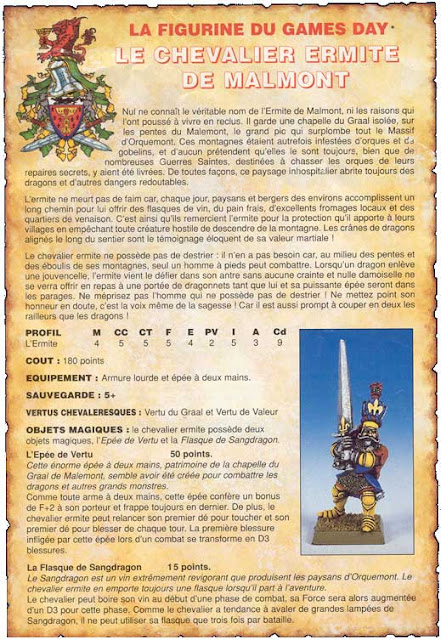 You can see the Chevalier de Malmont is quite a big hitter with his S8 to S10 hits ! 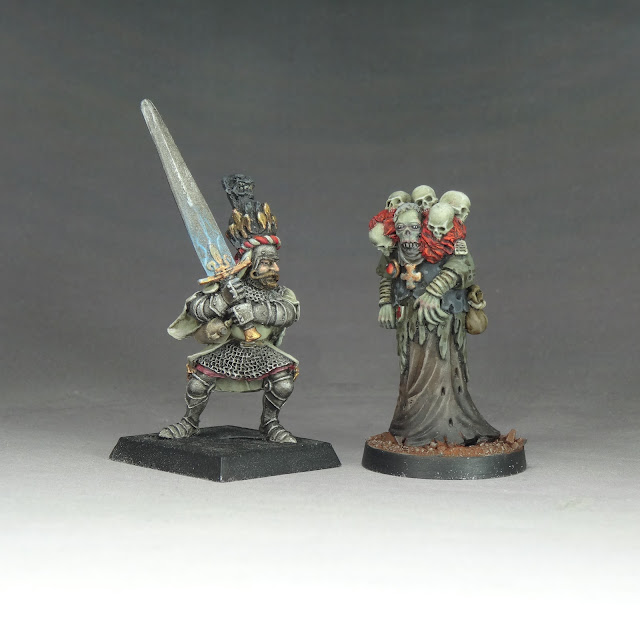 As you can see I've left his base plain as his owner will want to base it according to his other models but I'm really looking forward to seeing him in action ! 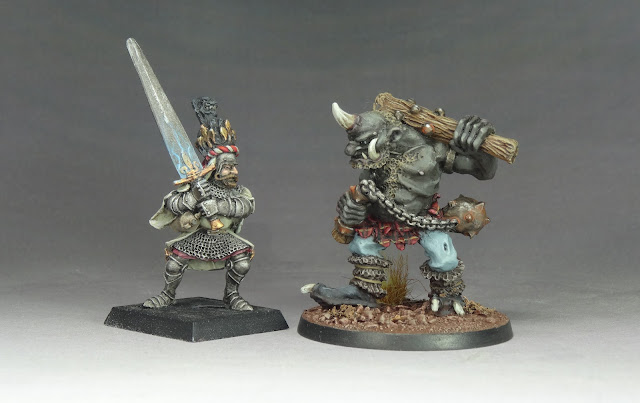