Hey all, just a quick one today, you might have sensed an interest for Space Hulk from my part over time and a little while ago, there's been a paintig challenge on a Space Hulk page on Facebook (how boomer is that ?) to paint one of the original plastic terminators.
And I realised I had never painted one of those monopose monstrosities ! Well only one way to fix that I guess !
Now the original plastic terminator has earned the nickname of Fire Hydrant in our gaming group (and probably elsewhere. I mean, Look at this picture of an Imperial fist with sustained fire : 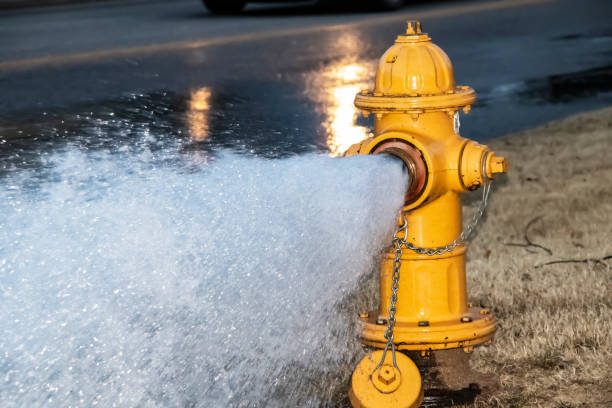 Uncanny heh ?
Painting wise, well I just went the same way as I did with all my scythes of the Emperor really, gritty, straight to the point, not much fanciness, I really just adapted the colour pattern o the shoulders but that's all, I do find the yellow shoulders to look good. 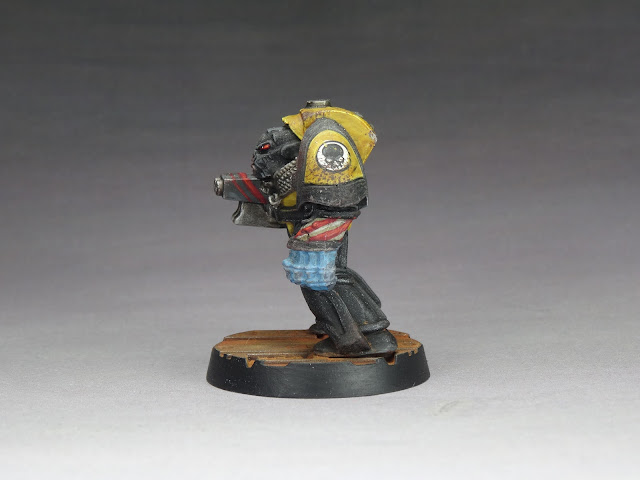 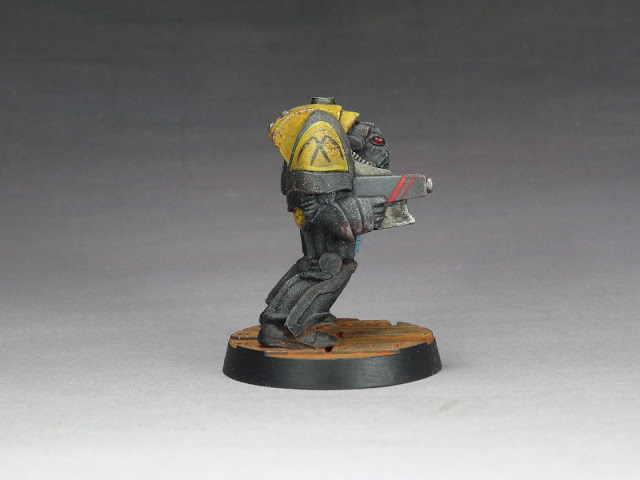 Of course this guy looks odd next to the Godwins but not totally off either. I'm not sure wether or not I'll play him along the others without any justification but who knows ! 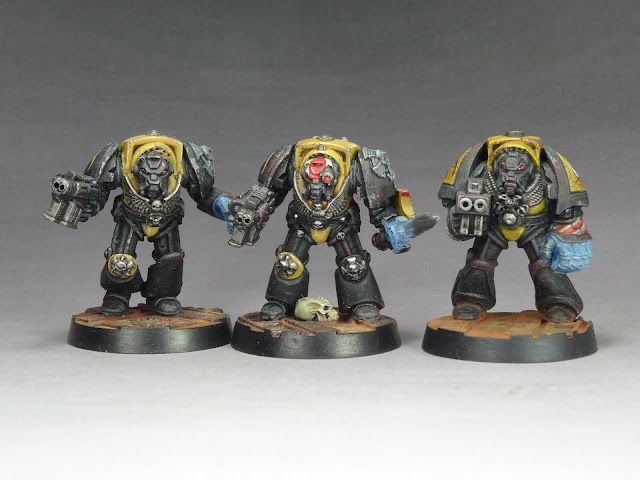 Here he is moving/firing and praying the Emperor not to get jams and roll enough command points like any good terminator ! 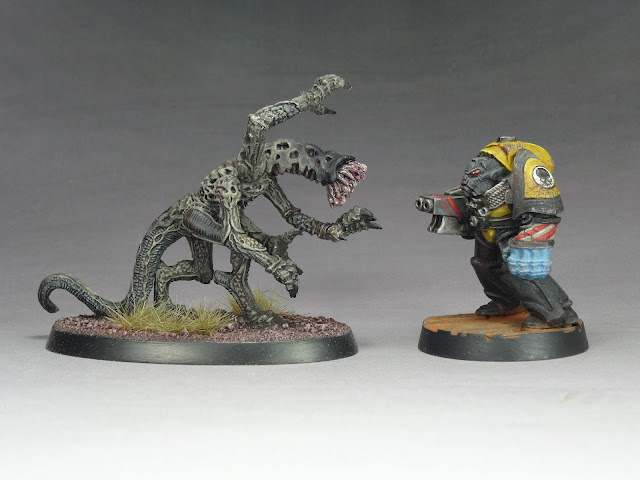