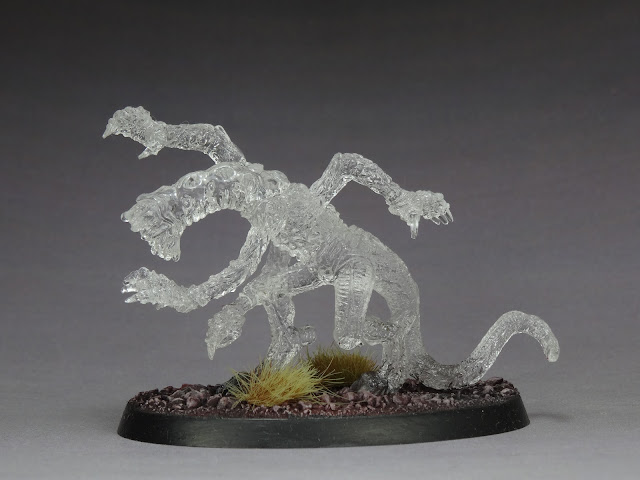 Hey folks, here's an odd one again !
You might remember me painting a fan sculpt of Ymgarl Genestealer earlier, well I was lucky enough to get a clear resin cast of it !
How awesome is that ? Very much indeed.
The clear  resin one was a one piece cast so its middle left limb was playing bowling instead of  trying to squeeze other people's groin like my painted one. Other than that, they're the exact same model but that enables to have a threat you can't reaaly see or aim at.
I'm really eager to implement that in a game. 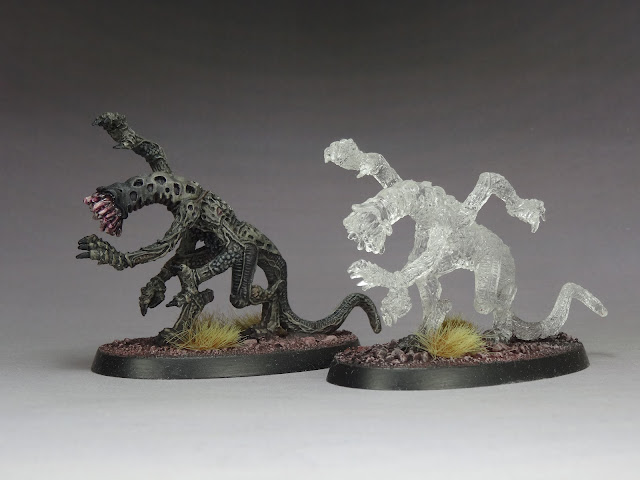 It might be a bit far fetched to call this one painted but I did paint the base and gave it a coat of gloss to make it more transparent since some surfaces were a bit dull from the casting process.