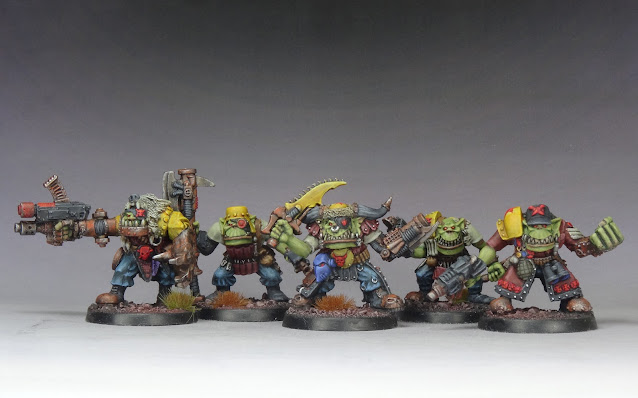 Hey everyone ! Sometimes a painter needs a little break and a good hobby hug in his comfort zone. Mine are definitely somewhere in the arms of Jes Goodwin models or Kev Adams's so after painting a lot of models from my desk and requirements for Blackstone fortress, I felt like fueling my mojo up with some classics and I opted for some bad ass ork nobz from Kev Adams. This will make my orkish force grow even more and the colours are a no brainer since I'll just replicate the same old recipes on this colourful project!
First of all, I just HAD to paint Ghazkul Thrakka's first iteration from Mike McVey for the army Andy Chambars had rolled up : 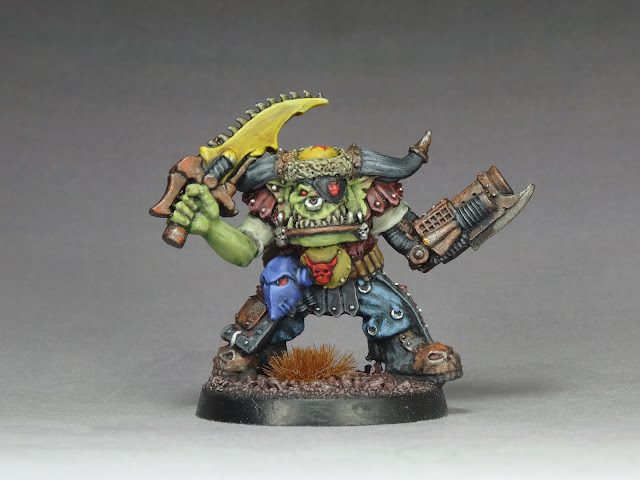 Come on, you surely remember his first version : 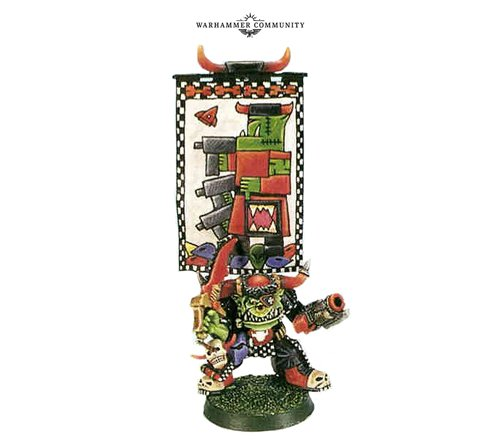 Now since I've also painted his second edition version, it is quite nice to see how the second ed version was such a nice echo, I think I had missed how faithful it is (apart from the regrown eye apparently) 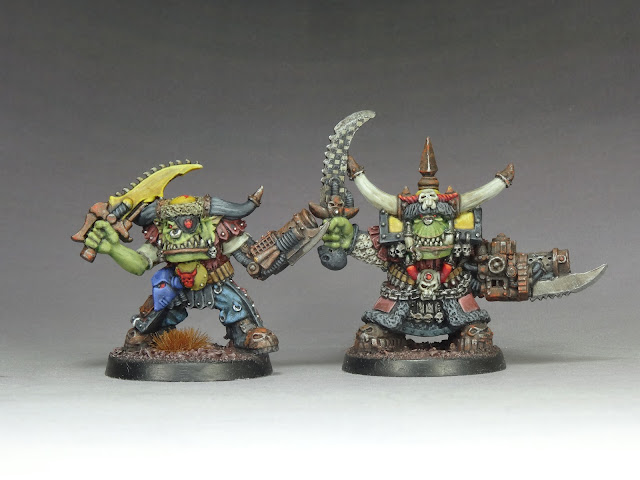 Next is a classic Dok model, I really love the crazy look on his face, a proper maniak. 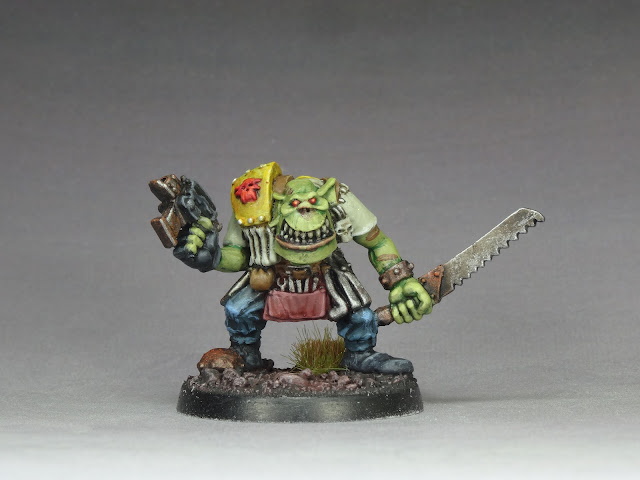 Next is some sort of former Snake bite hunter, I have to say he was pretty fun to convert and I have a special fondness for him. 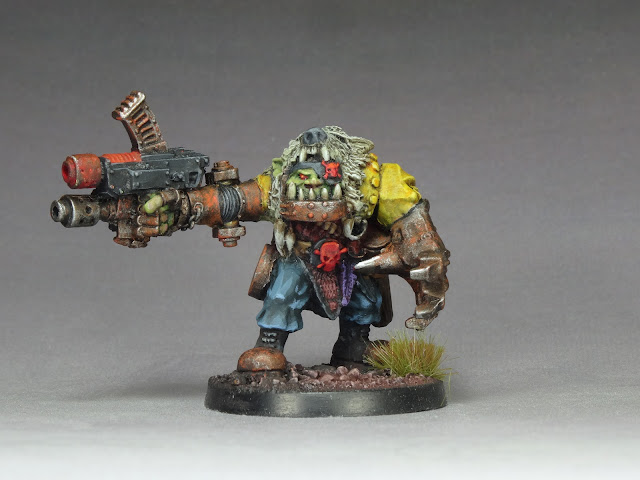 Now here's a classic amongst classics, the Blood axe captain is so good it's actually the second one I've painted so far. 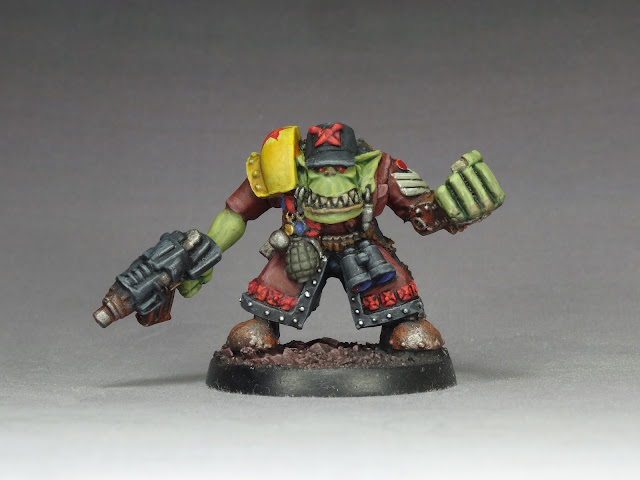 His gigantic flamer axe went to a mek ho I guess can make the best of such a gigantic and impressive weapon : 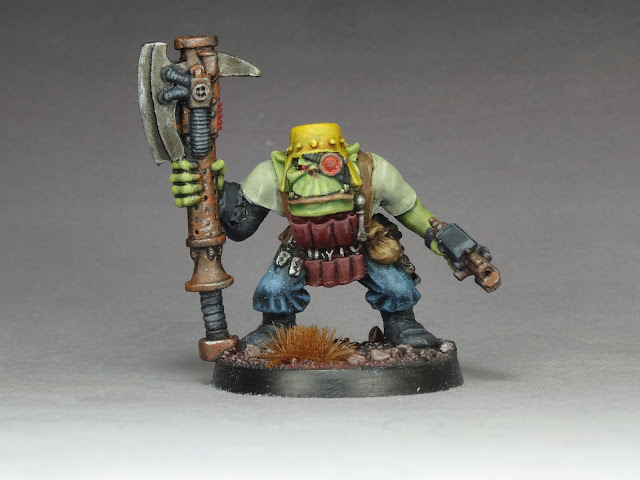 And now of course a family photo along the chaos version I did some time ago for my ork renegades.
Maybe they're the same guy, who knows ?

That's it, pretty straightforward, I didn't reinvent anything here, just moved on a bit further on my ork force and painted something fresh I meant to do.
I've been pretty  careless with those to be very honest, I could have spent a bit more time blending more, detailing more, refining plenty of things but I wanted them done and the heat around is starting to make painting tiresome with the brushes splitting, the paint drying on the wet palette and becoming chalky. I think I'll consider my next models with those criterias in mind to favour projects I can do with washes, glazes or rough drybrushes, the weather isn't exactly blending or refinment friendly and won't be for a couple of months I 'm afraid.

I hope you folks have a great time and happy painting !
Publié par Asslessman