Oriental adventurer for a Sensei band

And here comes a new follower for my sensei. His name is Moulay Abd An-nour and I really enjoyed  painting him and imagining a background for him. I see him as a scout used to rough environments which is why I painted him a pair of blue Jeans and a leather Jacket to give him a sort of traditionnal adventurer look. He has some very fancy weapons one of which being a shuriken pistol. I think it is a interesting weapon in terms of Background since it either means he got it from black-market or that he got it from an eldar (which I strongly think he did) 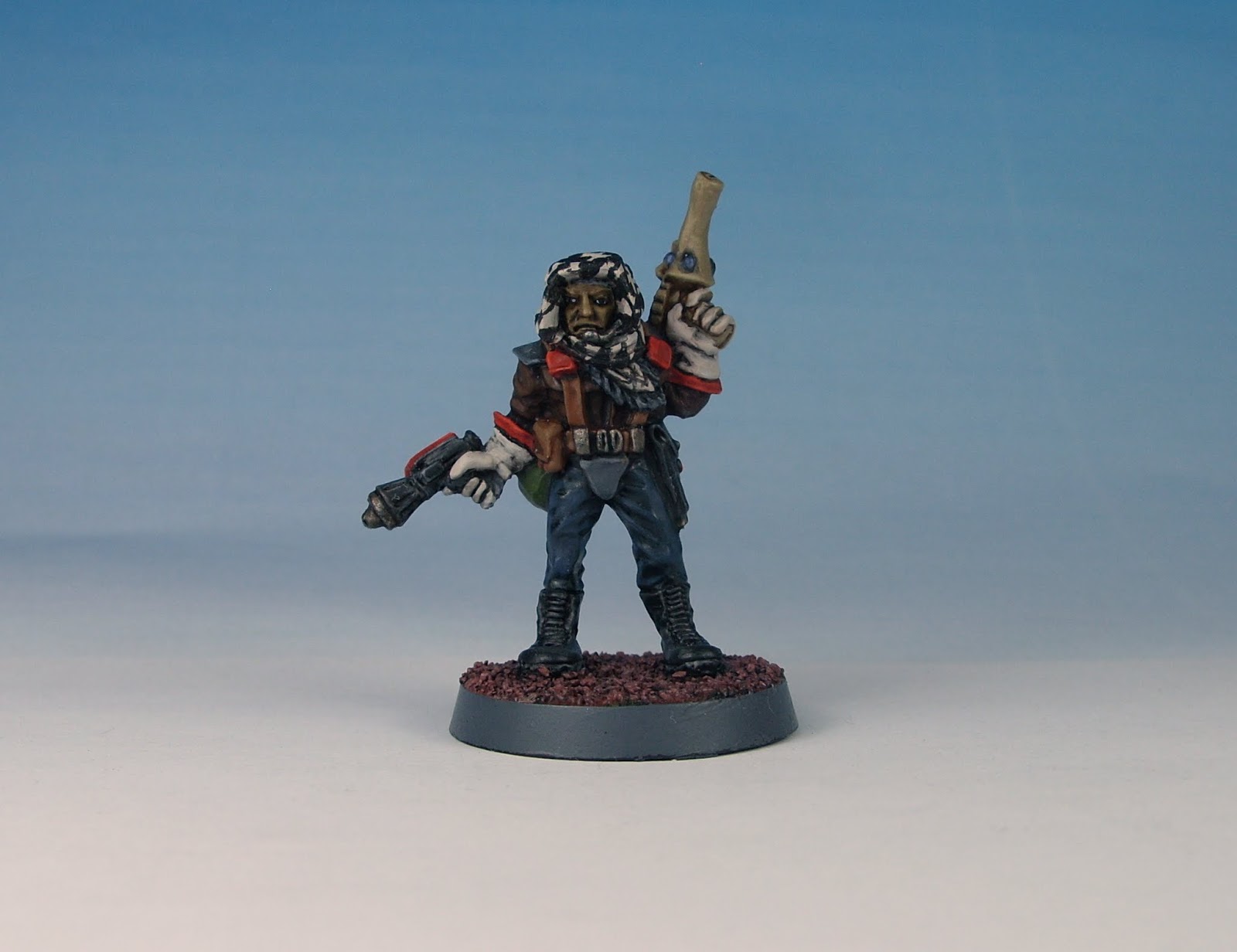 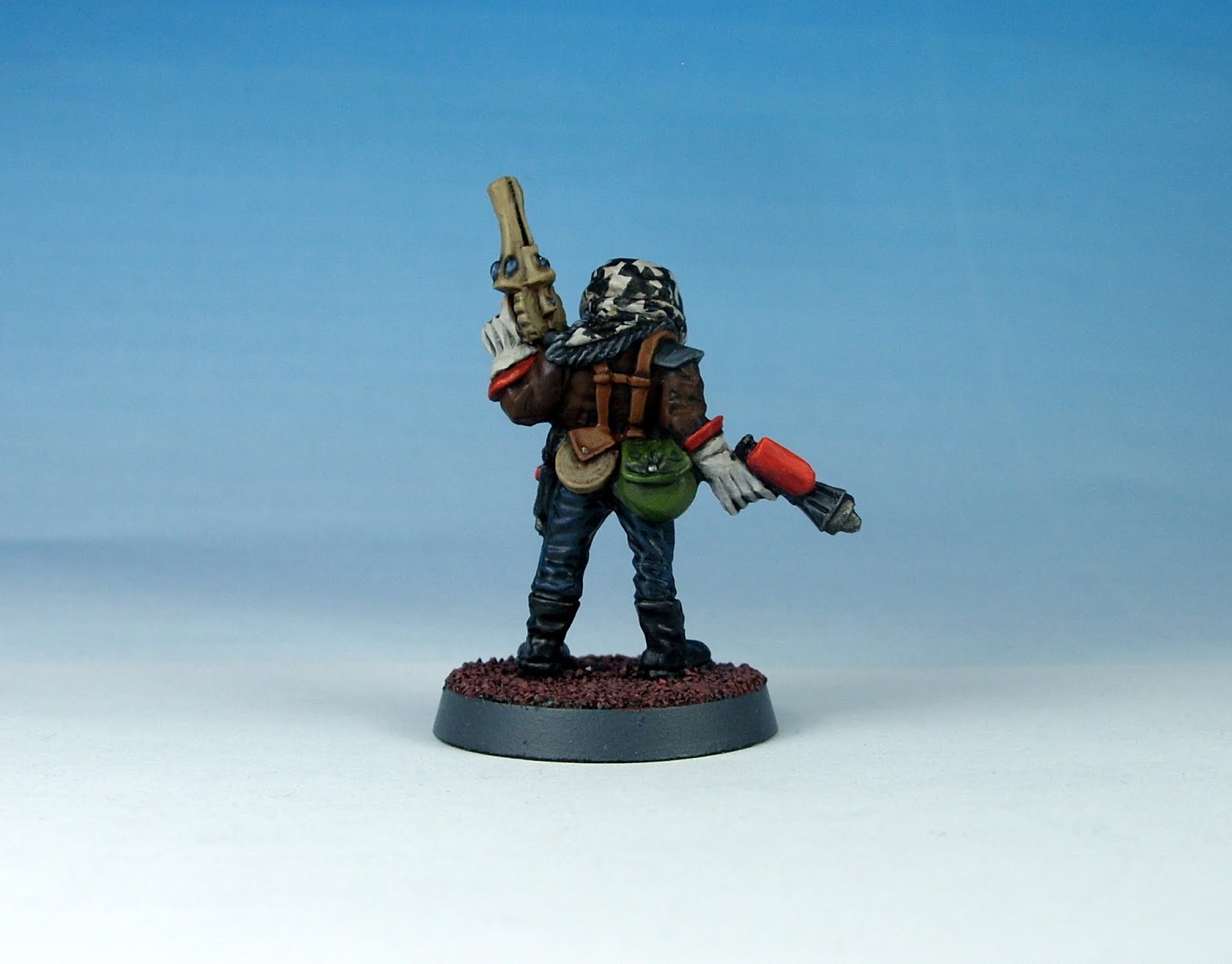 You may have noted that he has a rather dark skin compared to the other adventurers I painted earlier, well, I have to say that a lot of the inspiration for him has come from the scarf he's wearing on the head which I couldn't help but see as a Kefyeh :

It gave me the will to give him some oriental look because I think it looks good for a scout and I do not understand why in the 40th millenium all men should be white anglo-saxon protestants...
My sensei having travelled the galaxy and recruited his followers everywhere I felt normal for him to have some diversity in his retinue.

The traditionnal Kefyeh design didn't suit me though and would have been a pain in the ass to paint. Making regular checkers has been done a lot and I wanted something original so I came up with a really simple and easy design which I think looks good enough :

I practiced it on a sheet of paper and you can see here how it is built : 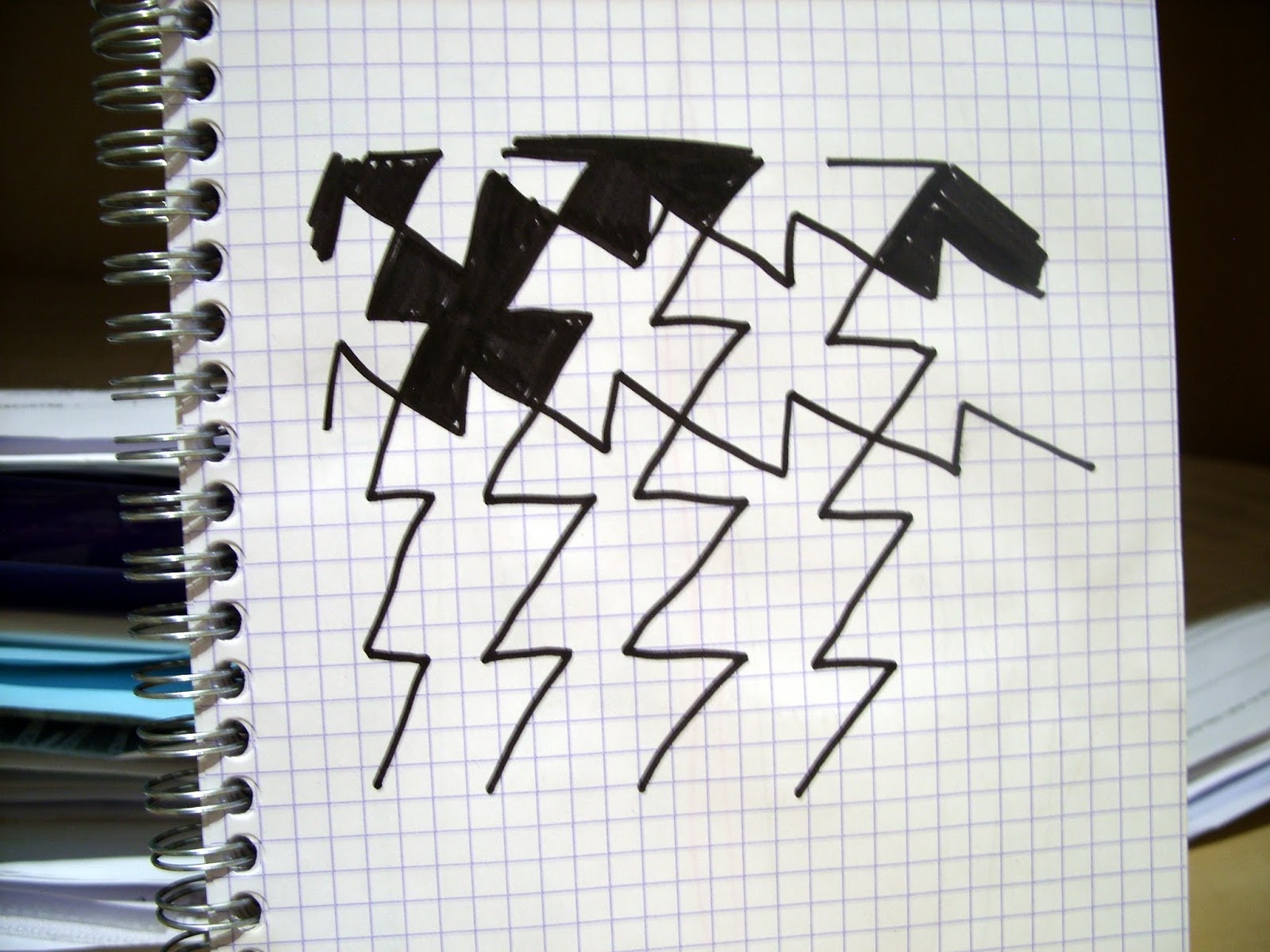 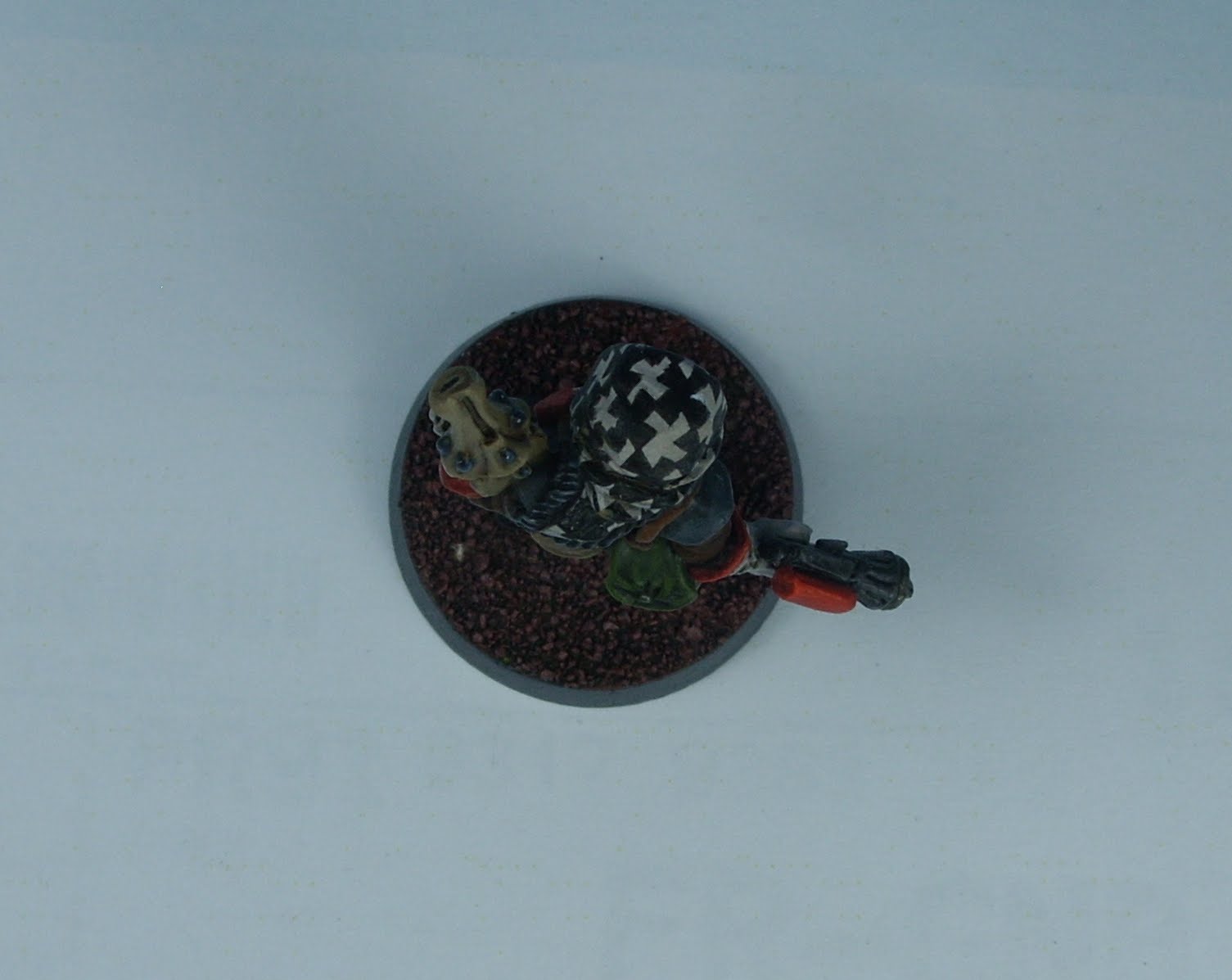 And now, the picture you wre all waiting for, the 4 members of the band so far. You can note that the band is smelling a little rough and virile for now. It is definitely time to add some charm and feminine manners to it. Next member should help fix that a bit... 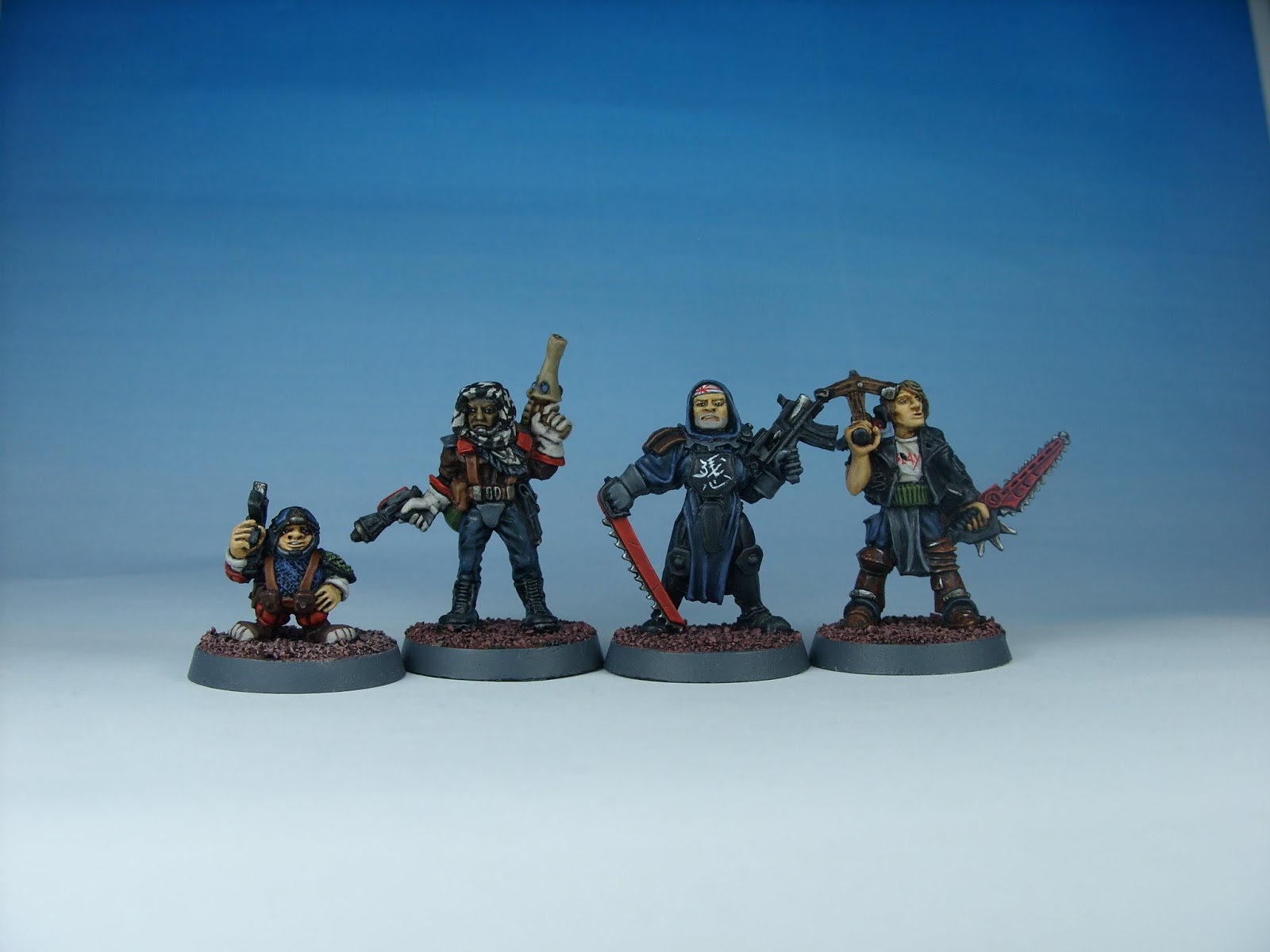