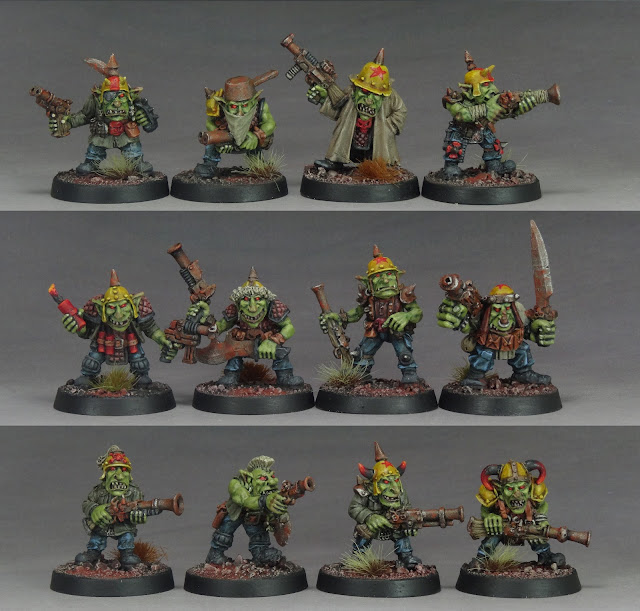 Hey everyone ! With Orctober approaching and a new (and hopefully final house move) house move with it, I thought I'd get some green skins done before everything's packed !
Actually what decided me to do that was an "Army on Parade" sort of event held at my FLGS in orctober where I can submit old models as long as I get a fresh unit done for the event !
So in my pursuit of painting as many shades and sizes of orks for my small force, I went for the gretchin, just a dozen of them. They're from Kev Adams of course since I want most of my greenskins to be his in this collection. You can find them on Knightmare's site if you fancy them.

Kev Adams hasn't lost his touch over the years, his style has evolved of course but I'd say he's still at the top of his game and dare I say at some of his best in some of his latest sculpts. The gretchins are a little different from the typically red era ones (like the one on the right in the picture below) but fit perfectly scale wise.

Their style is closer to the Rogue Trader era orks actually with WW2 gear so that's a nice added touch.

I couldn't hep but notice the similarity between the Space dwarf leader from Uscarl miniatures (sculpted by Kev as well) which is pretty cool and fuel for many stories (they probably went to the same gang boss school or something). 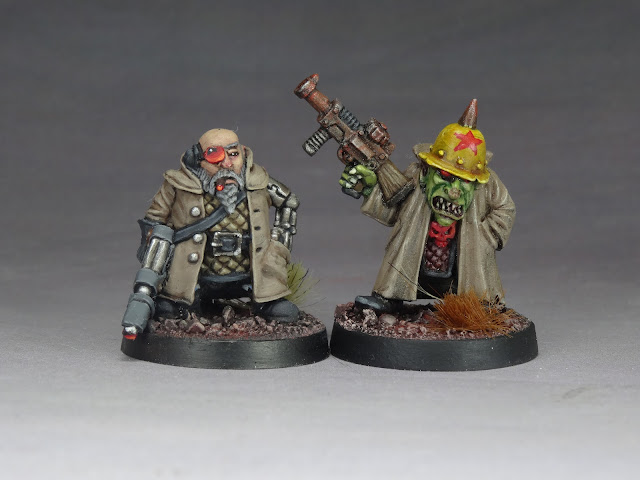 Now a dozen of gretchins isn't much (actually not sufficient but I'll source more later). I did have plenty of grots though to act as servants for my artillery weapons or my characters, all sorts of servants with different sculptors (couldn't get myself to discard the few Nelson or Perry ones) 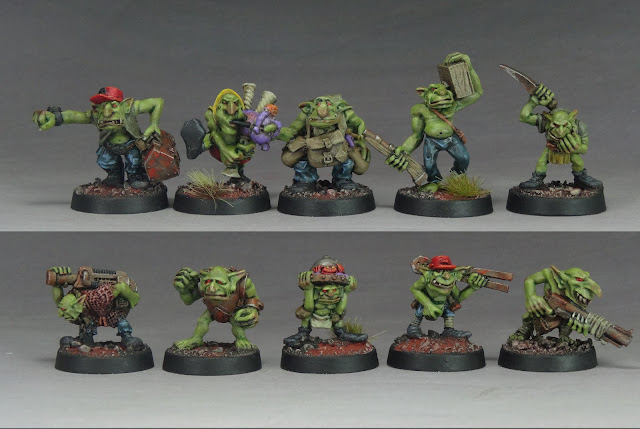 I'm really glad to have a whole crew to give to my boss Grom, actually, if you look at the models above, there's definitely a stargrave band in there with pretty WYSIWYG roles, which is great right ? 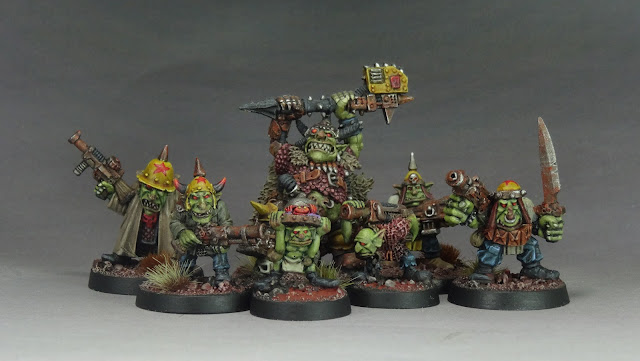 And with those, I've gone past the 200 painted models milestone this year which is fabtastic, especially since there are still a couple of months left of painting !
This is a major mojo boost, hope you all find fun in your painting as well !
Publié par Asslessman