Hey everyone ! I was lucky to get my hands on a set of Ontos Games Röknauts lately as their Kickstarter is running ! The project has funded in 5 minutes without a surprise !

Now I have a fondness for all the fun niche bits of the 40k verse like every other fan and Curis has poured a tremendous amount of love into making some of these concepts tangible with his own take on the subject.
The models really capture what I like the most about dwarf models, they're small but BIG, if youv'e ever painted a dwarf model face, you know what I mean, dwarf weapons, dwarf beards are such funs, noone wants to paint knees or elbows, dwarves just keep all the good parts and make them bigger while getting rid of the lame ones.
Look at the Rökthane below, every bit of him gives you a sense of nobility, strength, toughness and absolute stubbornness but with a heart and belly full of warmth. 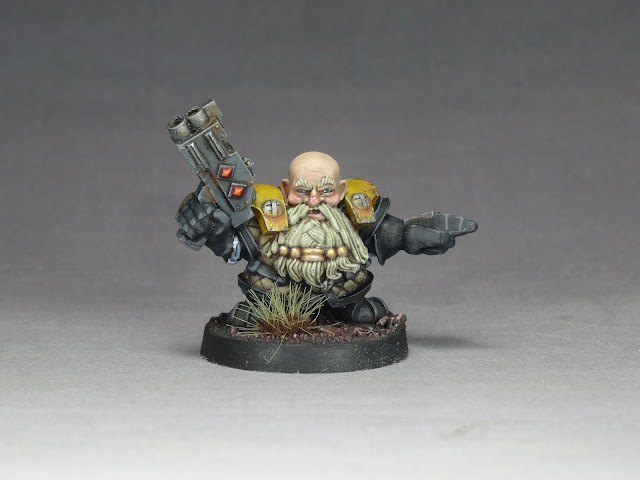 Painting wise I've opted to keep those guys in the vein of those I had painted before, there was no way I could emulate Curis's pro painting so went my way, adding grit and grime to offer another take on them.
Of course the temptation to go full red era was very strong but I'm a contradictive hipsterish kind of guy at times, I do hope to see someone so this though : 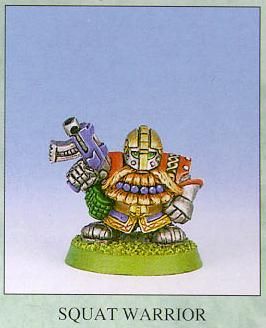 The warriors, while monopose like true red era inspired models, don't feel monotonous because the posing isn't flat and that gives them more than a single golden angle. 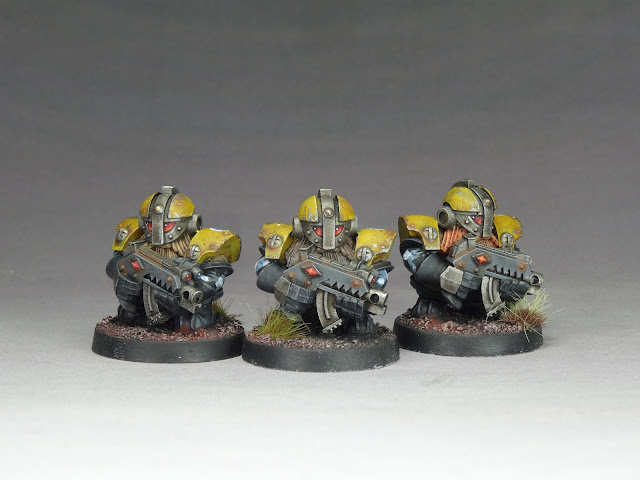 The heavy trooper is a true embodiment of dwarf spirit, casually resting his hand on his hip while wrecking absolute chaos with his monstrous gun, you can tell he's really statisfied about his job and thinking about the fresh ale he's getting after that. 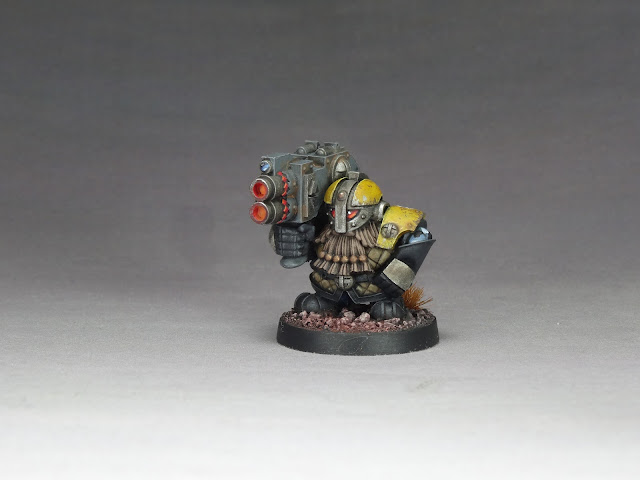 Of course I bet you want to see them facing their natural ennemies right ? So did I ! 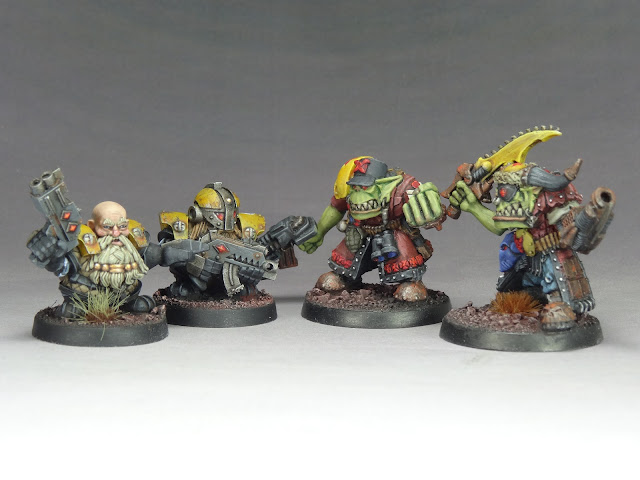 I also like a lot how things are shaping, I'm not building a space dwarf force or anything (famous last words) but it is very pleasing to see several models coalescing into one coherent group. I don't know what's coming in the future for the Röknauts but I'm well eager to see and hopefully paint some more !
Just make sure you go visit the Kickstarter and grab yourself a set ! 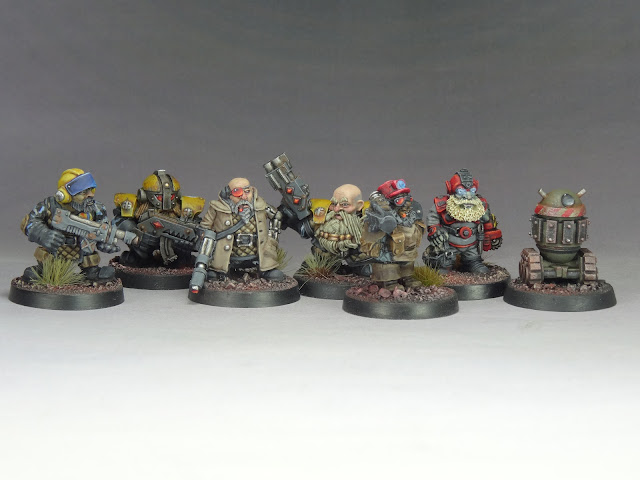