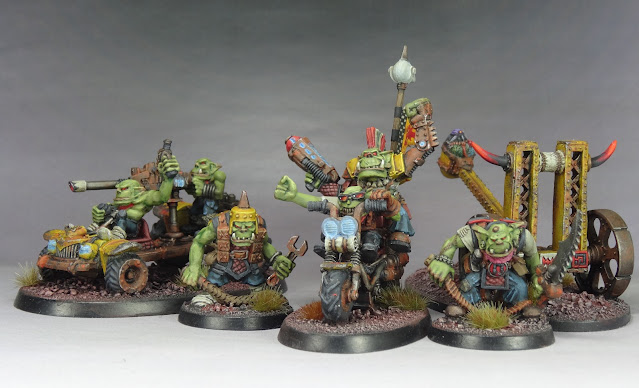 Alright First of all, Happy new year to all and best of eerything for 2022 !
Long time no see huh ? Well I've moved house and been well occupied with real life stuff and MIGHT have take a bit more than I could chew after the last orks I painted !
But in the end, it's all done and that's a huge bit out of the pile and in the cabinet so I'm pretty happy with that !
The previous Wartrak and Scorcha were such a blast to paint I immeditaly went looking for some more and boy I didn't go light handed on this one !
I wanted at least 5 bikes, a buggy and for some reason couldn't resist a squig catapult !
Oh and my wartrak was missing it's rear Hopsplat gun so y'know. 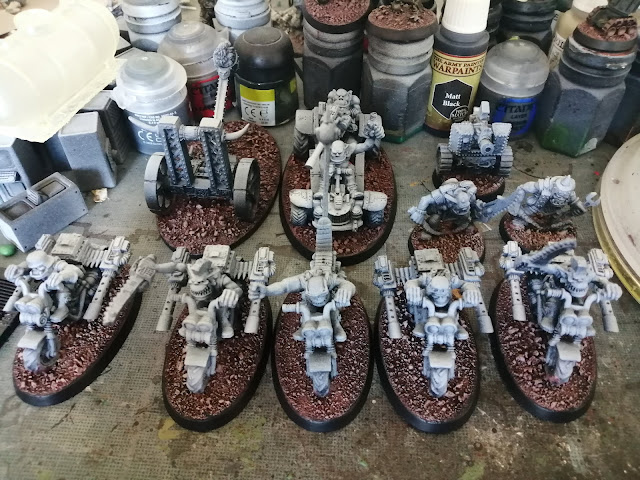 They all got painted in a batch but le'ts start with the Nob on bke because let's face it, he's the most fabulous of all !
The model itself is probably bigger than the bike he's seated on but he's clearly living his best life ! 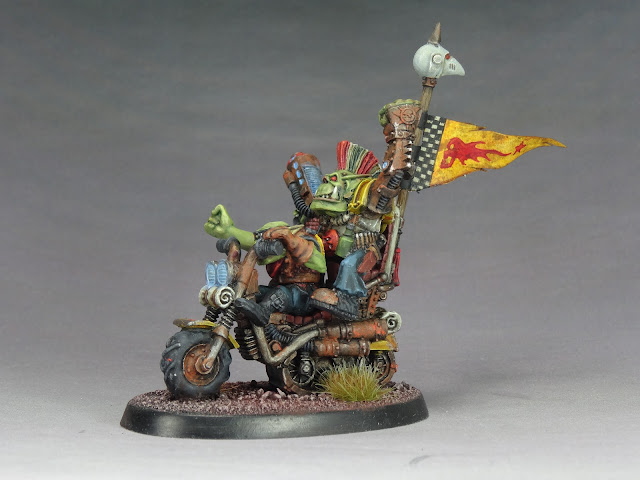 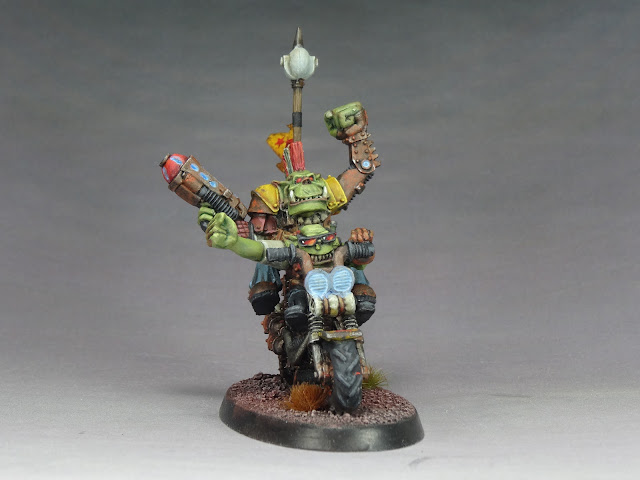 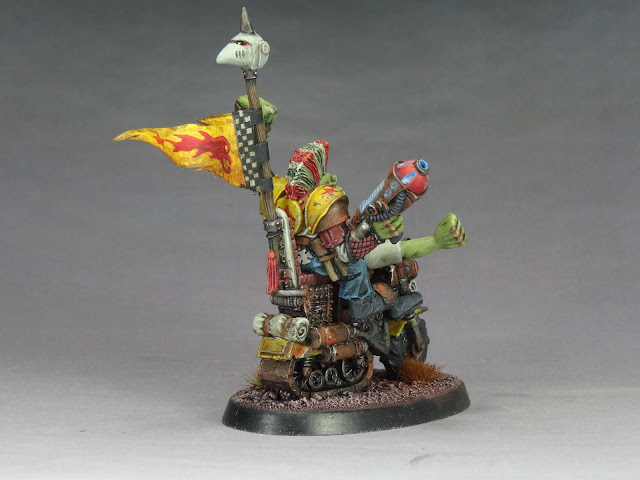 Now of course he had to have at least 4 bikers to boss, these bikes are so tiny yet heavy, the bikers are gretchin sized but the whole is just as fun as the scorcher and wartrak were, perfect Kev goodness. 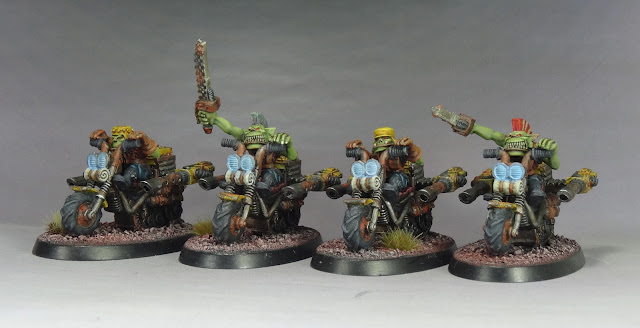 Also missing from the previous batch, I needed a Field splatgun for my wartrak to pull so here it is with its mek/runtherd, don't worry, the grot servants are in the pipes but I intend to paint all the diminutive greenskins in a later batch. 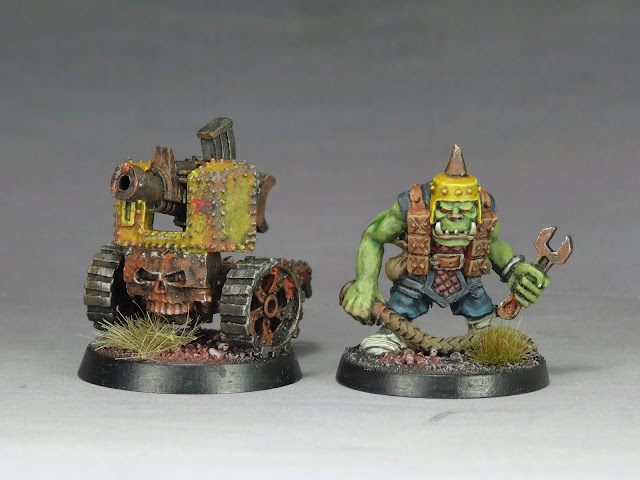 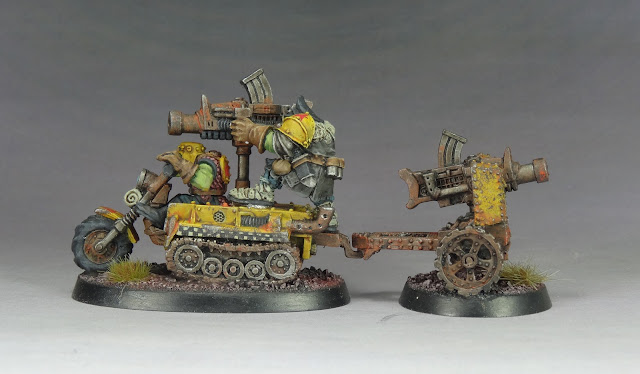 Now the buggy is a model I've often disregarded as inferior, too thin and weird, the orks on it are clearly not amongst the best models, let's face it but in hand it feels so great.
I realise it doesn't look that good in photos and is more than fine IRL. My new photo set up might not be at full capacity here. 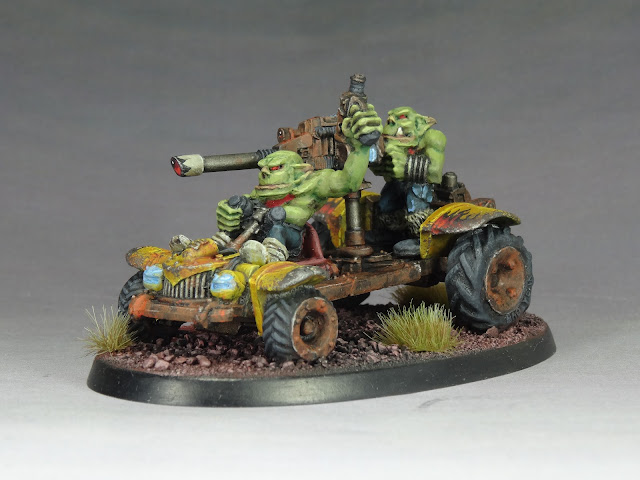 Now the petty among you might think a lascanon is ot very orky and I would like to differ. Orks are practical beings, if it deals insane damage then it's good, I am convinced the lack of noise is countered with hidden loudspeakers that play a loud KABOOM everytime it shoots, easy fix. 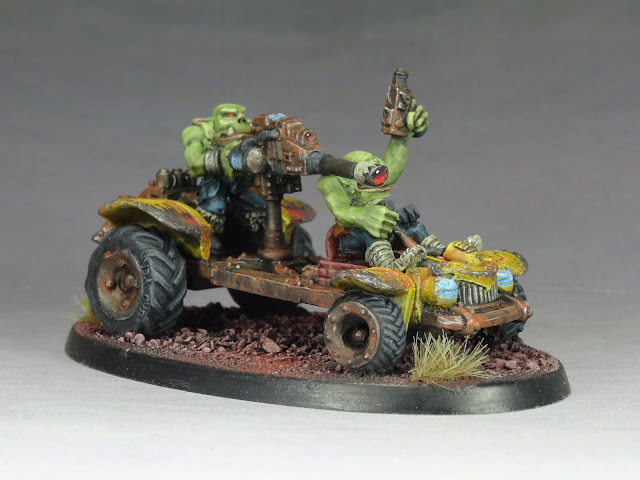 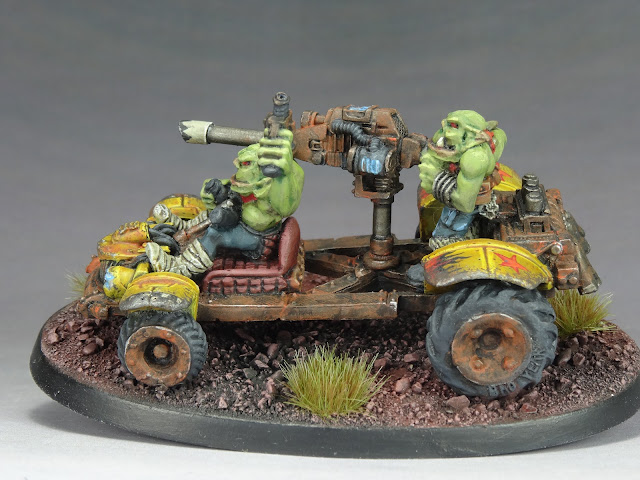 Now the squig catapult was a absolute obsession when I finished the previous batch of orks, don't ask me why, I don't know, maybe it's that illustration or maybe I just have too many squigs and feel mean ?
Anyway, it's a fun model and I reckon a fun one to play as well so I don't need much more reasons than that really ! 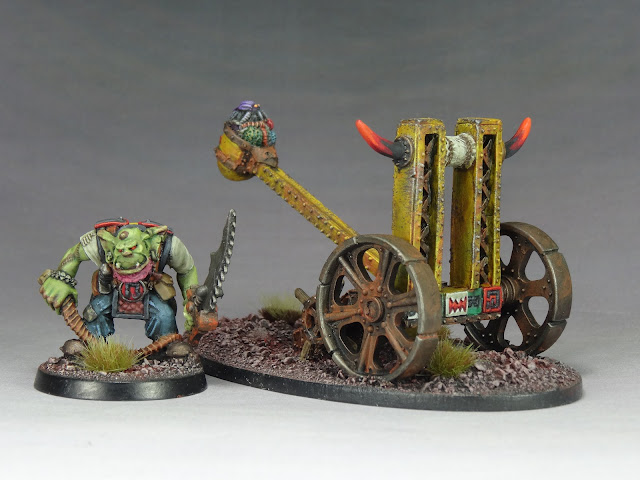 With a new house and new year I thought I could make a milestone and see how the ork force (not army) looks so far, I'm probably midway through what I have in mind so that should give you an idea : 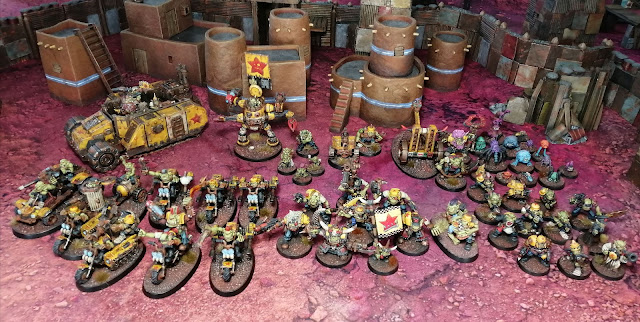