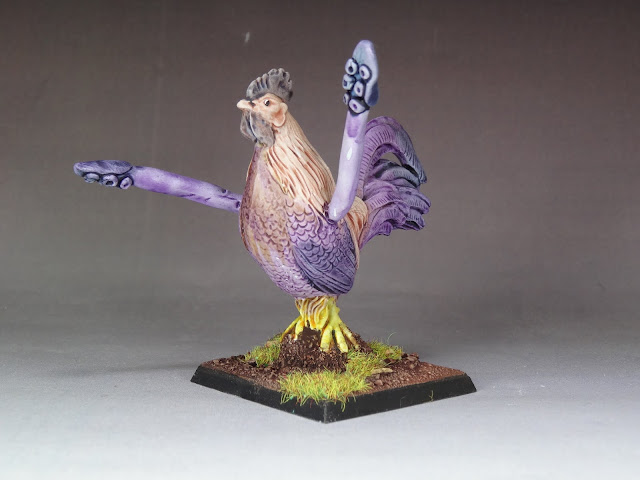 OK, let me get this straight right away, this is going to be one of those stupid posts, just so you know. You don't have to say anything nice about it, I won't mind (much).

OK now James Holloway from Gonzo History has initiated a little contest to create new monsters like those you can see in the original monster manual.
You know, the kind of monsters when you have more imagination than money or models !

The first step being to find a cheap toy, I found exactly what I needed !

I had a rubber cock left from my Cock knight, it had been left aside for 3 years until now. That's the perfect base for a great monster ! 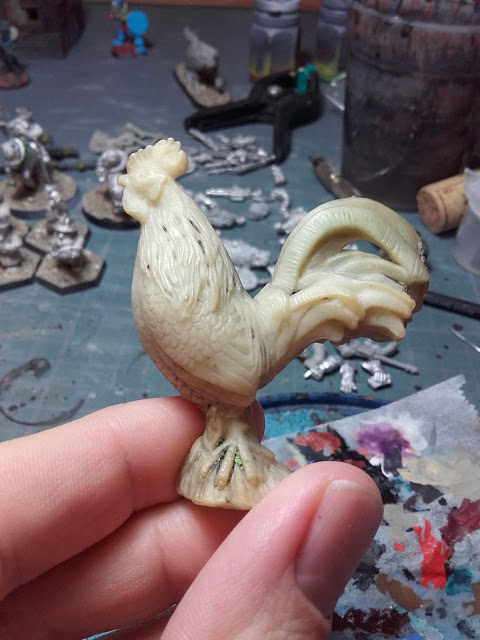 Now I tried to immerse myself with the creativity of my youth and when I was 11 with little skills or ability. Don't ask why but I decided to do all the modelling with my left hand (I'm right handed normally) just to get that "special" look and cringe effect.
Since the contest is about creativity over modelling, I chose to kept the conversion job minimal and in line with what I would have done back then.

That's how I came up with the idea of just granting that creature 2 weird tentacles ! 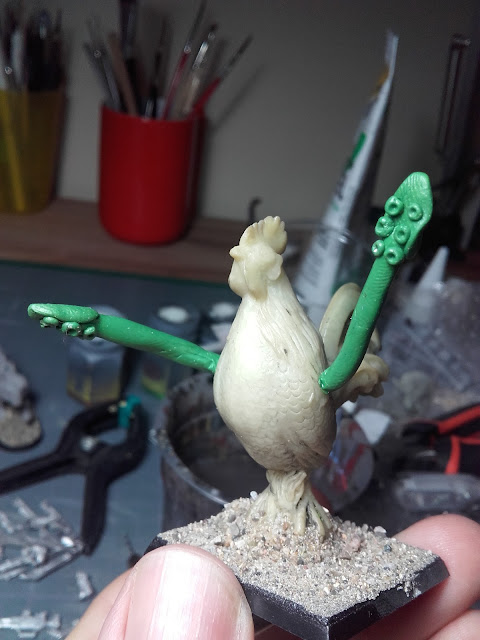 Now a white undercoat (like back then) later, I was ready to begin. 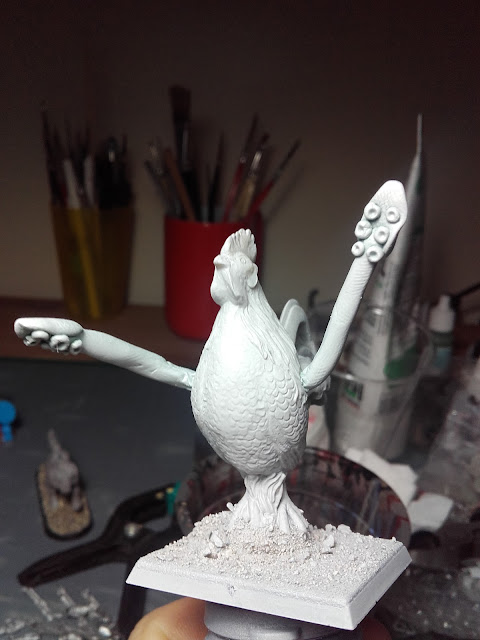 The painting process was minimal, after drybrushing the base, I just threw some washes over the undercoat and then painted the eyes (with my left hand, making the process a real challenge).
Finalised all that with a generous coat of bright green flock and here we were !

Now let me teach you a bit about the Cockatrix : 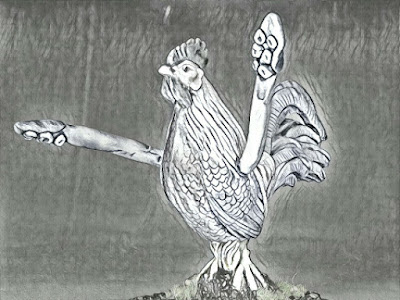 The Cockatrix is a gigantic rooster in pale and weird ever changing colours. It's also noticably different from regular roosters with the 2 tentacles above its wings. Little is known about Cockatrixi or where they are from for there has been little research if at all about them, mostly because they are considered to be one of the most annoying creatures to encounter.
The Cockatrixi have a special defensive power that makes them intangible while crowing. There is no record of any time limit for the crowing and it seems the creature can make it last as long as it feels threatened. Although extremely unpleasant, the noise is not dangerous for anything else than the sanity of those in the vicinity.
A Cockatrix will very unlikely attack physically although if approached while it is crowing, it will wave its intangible tentacles to hit its threat (with no effect).
It has been recorded that those creatures can be used as sentinels to warn of enemy attacks. The effort to tame a creature with such a low intellect and to keep an intangible creature in custody is such that it remains a rare thing. Young adventuring parties will find such an encounter an unsurmountable task though.


So here we are, that's our little detour via Wacko land over, I'll resume normal service shortly, rest assured !
I'll have plenty of short hairy men to show then ! 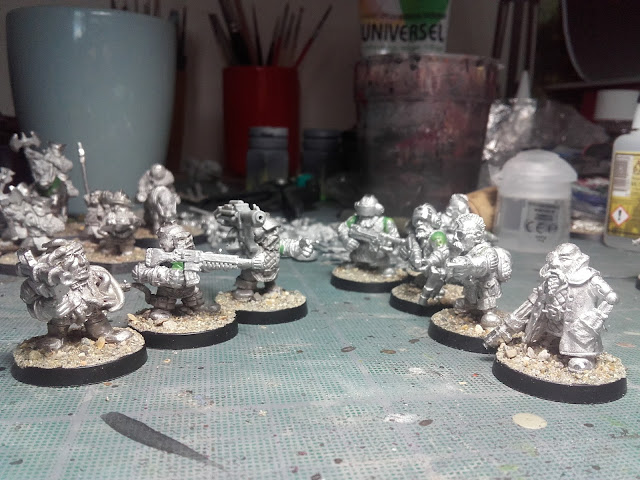