Orks, orks orks, get ready for some love ! 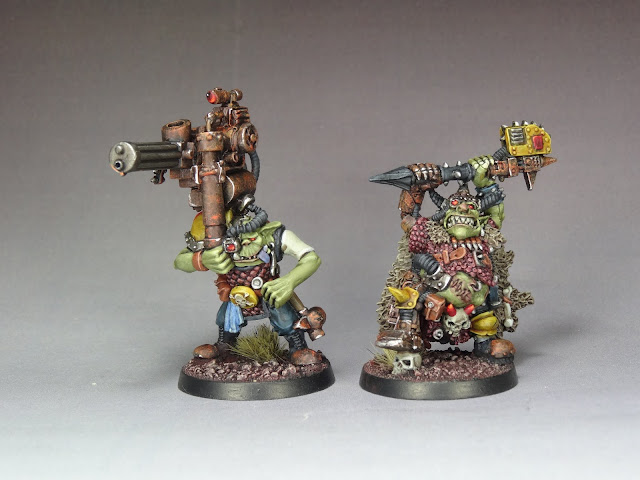 Orctober is a good month, not only becaus eit is the month that saw me come to this world or because of the trees getting coloured in all sorts of splendid colours from green to yellow, orange and red but because thanks to Erny, it's become the international month of celebration of orcoid love.

Now I've taken part a few times in Orctober now and felt like giving it a go once again this year. I didn't have any big plan for it but a quick look at my desk told me I had some fodder (don't we all ?).
As you can see I've painted them to fit with my space ork raiders because I know the colours and it makes the band expand and evolve time after time. 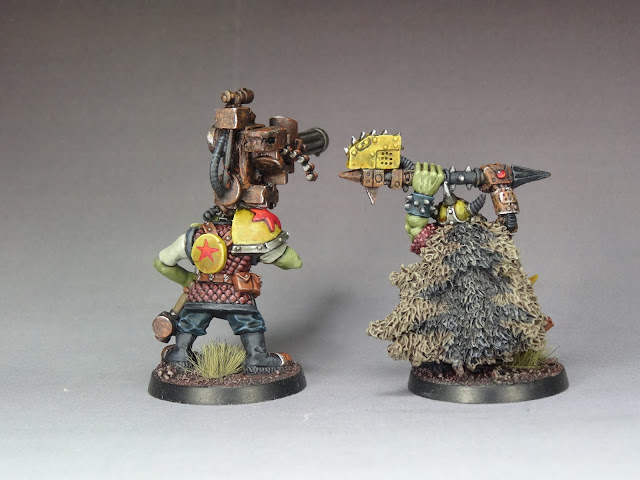 Now the goblin on the right migt remind you of someone and it's only natural. He's Crom "Fatbelly" by Kev Adams, a futuristic take on one of the most iconic characters of the red era, namely Grom teh Paunch : 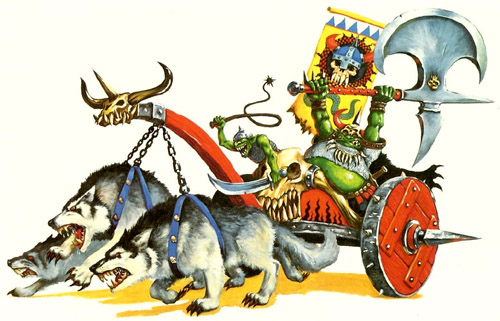 The other guy is a shock attack gun servant I got from Lord Papafakis' stash at BOYL. With his weird proportions and insanely huge shoulder pad I had to give him some stupid gun. I first thought about giving him a ridiculously small one which would have been fun with his tongue out but for practical reason it was just a nightmare so I decided to give him a regular big one but a silly one. 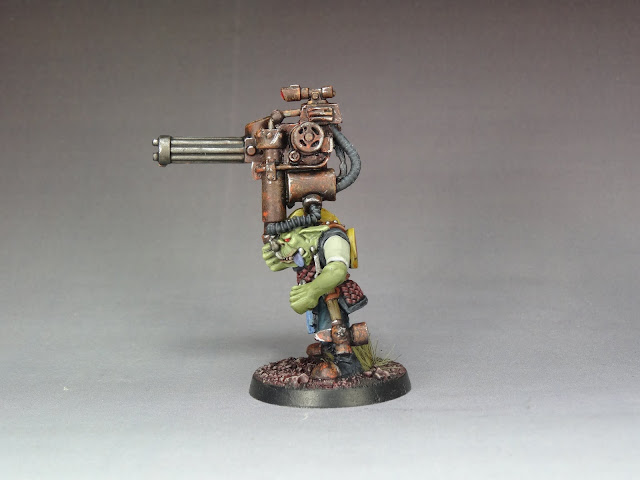 I like to see orks as coming up with simple solutions to any form of problem. So I've thought about a gun upgrade that boosts both the weapon's range and the protection for its bearer...
How so ?
Well just raise the gun. Simple as that. 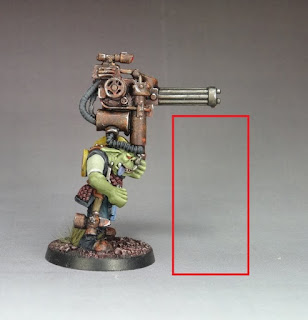 The added benefit is that with a higher shooting position means an extended range as well. Two bords with one stone. Or two beakies with one clip if you like.

Now both my new orks are big boys so I've taken a picture along some of the later Adams Weirdboys, I should have added an original space raider as well but I think orks looks better when they come in sifferent sizes and styles, it suits them fine. 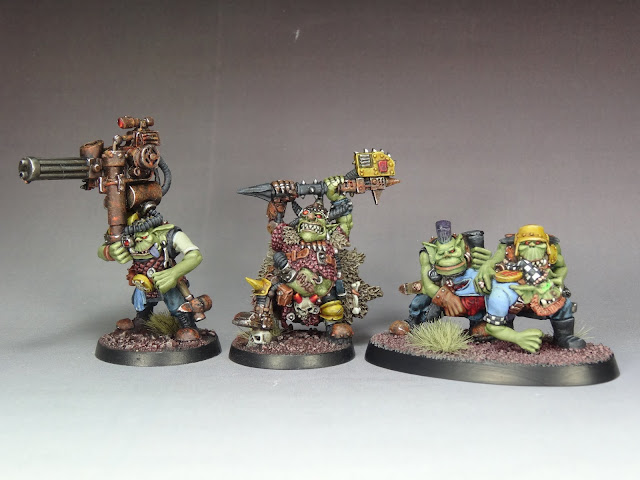 Now let's enjoy the last days of Orctober before something new comes our way...

Oh and guess what !!! I've actually painted more models than last year and we're only at the end of october ! How cool is that ? I'm not getting significantly better but I am getting faster !