My entry for the Temple of Morikun Challenge ! 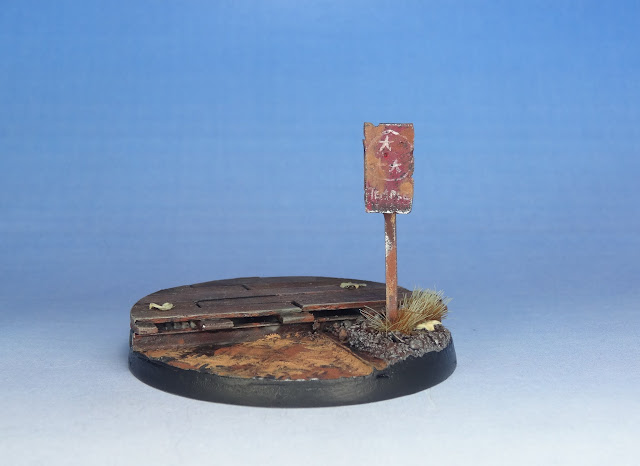 "Why on earth are you showing us an empty base JB ? Are you that lazy you're not even painting your models now ?"

Pleaaaase, let me explain a bit.

You might remember in August 2015 I made a space ashigaru for an online competition to celebrate Morikun's 300000 viewer. Well this year, he's decided to celebrate his 600000th viewer (he isn't losing time as you can see) and he's therefore organised a new competition.

Since he's spent quite a lot of time and energy preparing something huge, I thought it was only natural to submit something this year, especially since I managed to grab something last time. 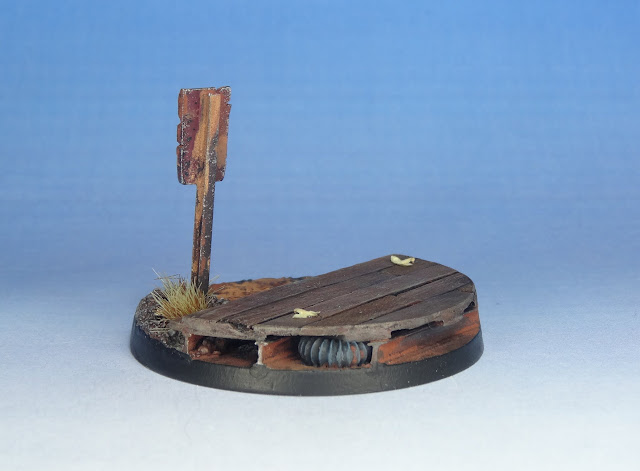 Obviously with more than 2 months to make my entry, I only started a couple of days before like a good proper idiot...

Since the purpose of this competition is to build a base evoking a temple, I had to think a little.

I didn't want to fully depict a temple but suggest it, so I decided to place the action at the entrance of one by adding the floor boards surrounding many temples. The floor boards also remind me of the floors in dojos (where I practice Kendo) so this seemed a good idea.
Given the 1st two points I didn't want a big base so evocative more than depicting was the idea.

So..., floor boards..., well, the coffee room at work is full of coffee stirrers so I took a fistful of them (bad I know) and started making a floor out of them. With that done, I've cut a circular shape in it to fit on my base. I made it a bit bigger to be able to choose the best part and the one with the most strength too. 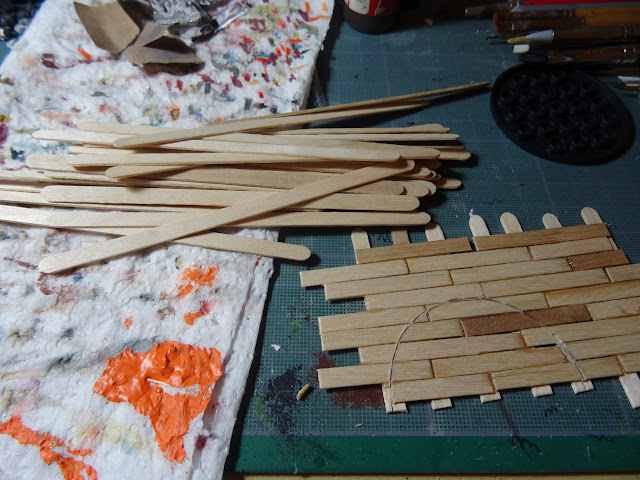 The other part was then to make the ground structure so I added technical metallic boarding with girders to evoke the post-apocalyptic style I wanted. 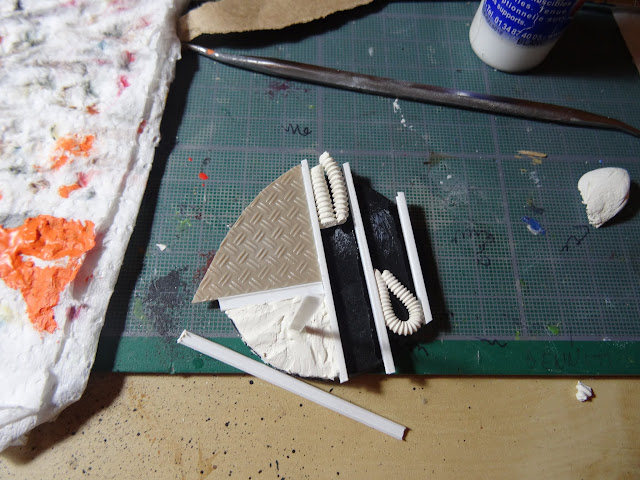 At the end of day one, I had come to that result : 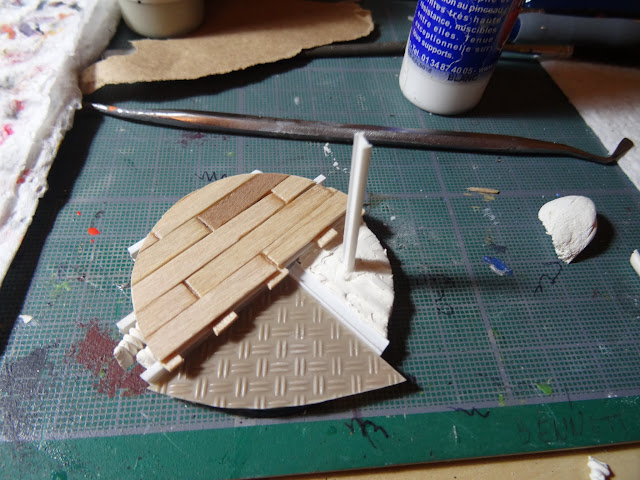 Cut and sand everything coming out of the base, paint everything and throw some pigments in et voilà : 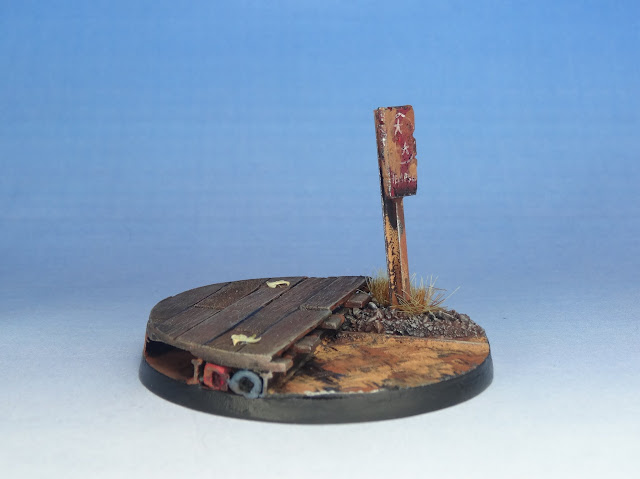 In the end, I'm quite happy with it and it's just the kind of base I like. I know mine are very simple because I want them 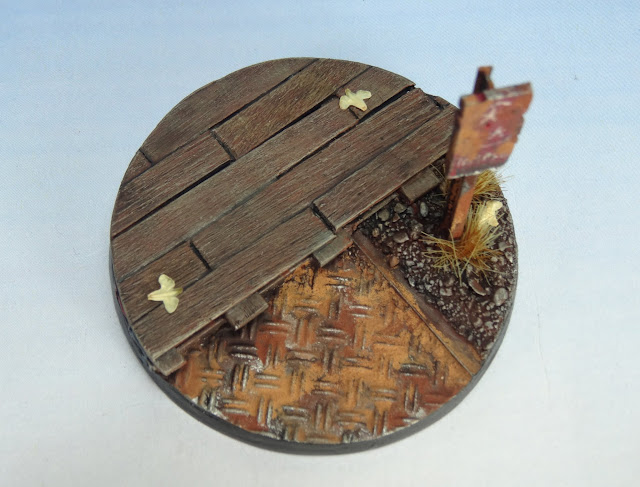 Honestly ? This process has seriously made me consider partially rebasing my 40k models. This is no small task I'm talking about here. I'll do tests to se if I still wanna do that in a while, time efficiency would have to be the critical point but we'll see...

For now, here's a picture of my entries for both of Morikun's competitions next to each other. 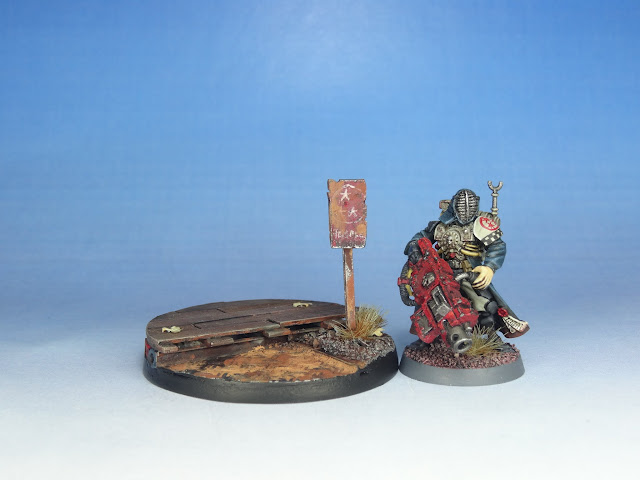 By the end of the week, I should have some really fancy stuff with actual painted models, a whole band actually and with some unusual ones on top of that so stay tuned.