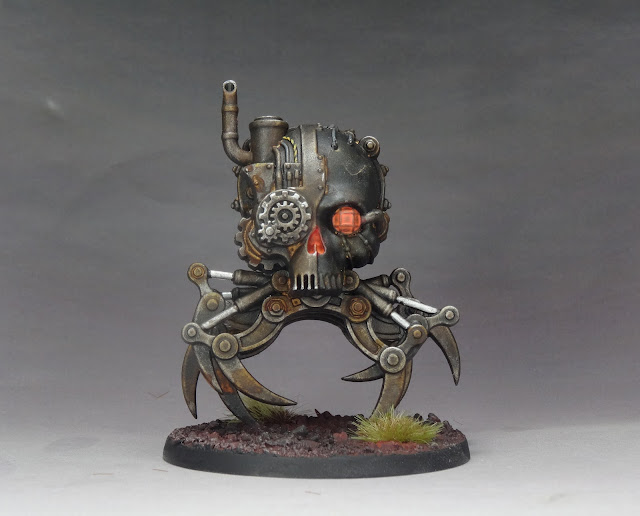 Hey all ! I was looking at the Stargrave rulebook the other day, thinking of what specific encounters would suit each scenario until I figured out I needed a giant skull robot in my life to guard data vaults, terrorise adventurers or just pose and look cool. As you do.

Now pop culture has given us plenty of cool robot skulls in sci-fi and I wanted mine to channel some of the od plastic toys vibe with its big head and goofy look. For those who haven't recognised the piece, it's a crane attachement that comes in the mechanicus gantries set (which I got back in the shadow wars box set, that takes us back). 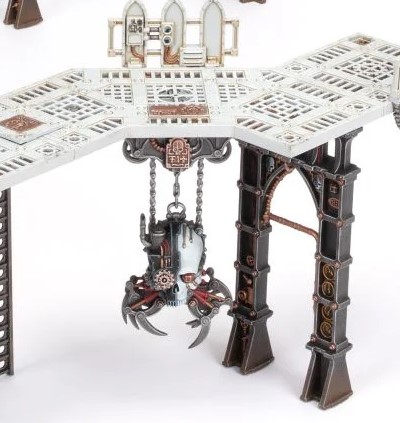 But you know, it somehow made more sense (as much as a giant robotic skull can) to be its own semi sentient thing walking in empty corridors and giving that vintage sci-fi scent to the place : 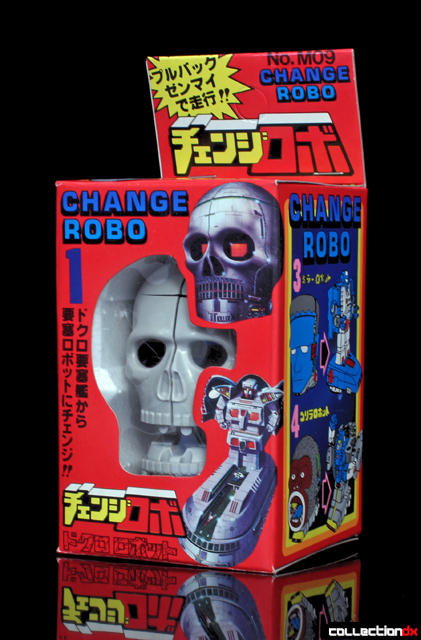 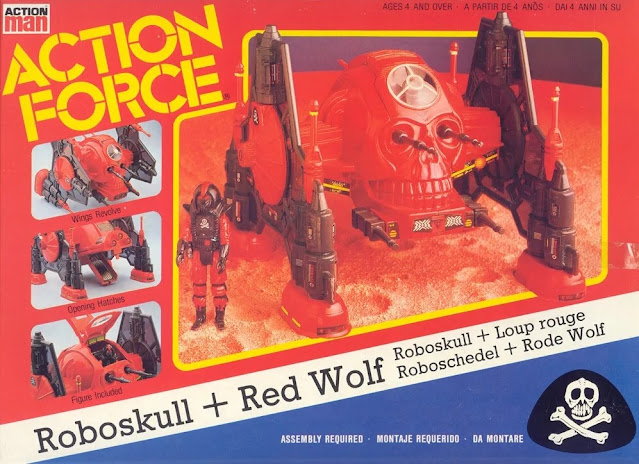 I did consider painting the body red (and still believe I should have) but I reckon black was a safer choice. I would totally paint a red one if I had one though. 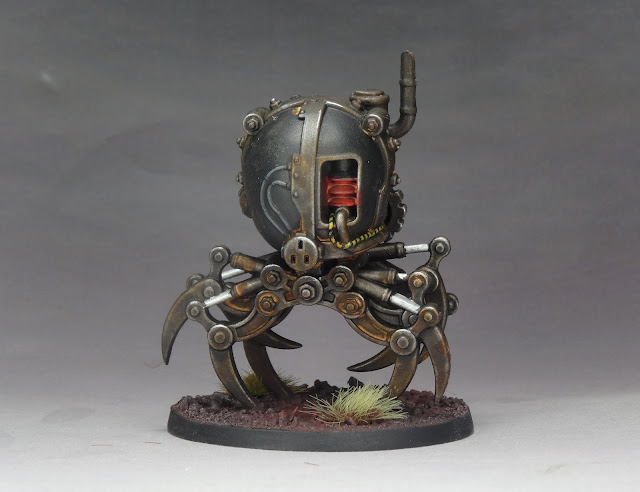 All in all, this one barely took an evening's work to complete and was primarily a test model to work with dirty down rust a bit more and how it behaves with spray varnish, well the result is clear, get your weathering after varnishing : 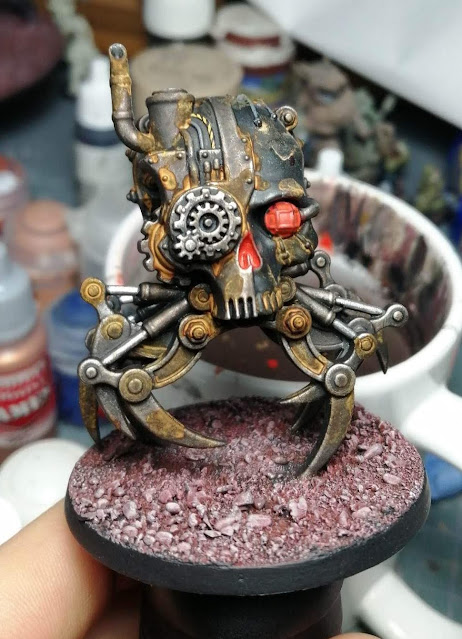 I had overdone it voluntarily to test how it would affect places with a lot or little diry down, it takes off about 80% of it. I also rubbed pretty aggresively the weathered area before varnishing and it only takes off a marginal part so that's all I needed to know. good thing though, I can always come back and add it back now.
Anyway, my giant robot skull can now go play fetch with an inquisitor band : 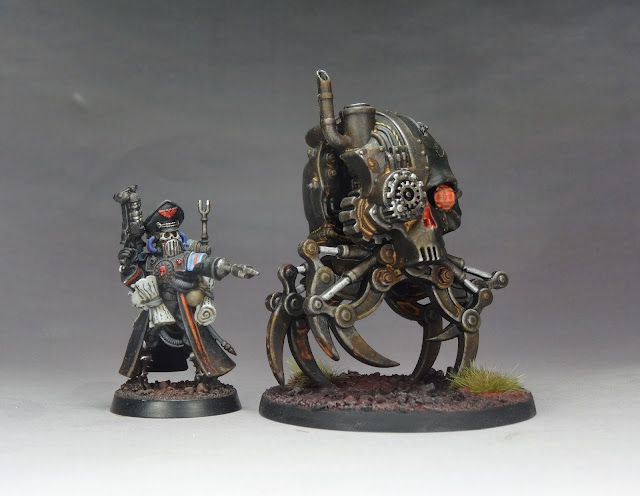 Or guard a data vault from pillagers ! 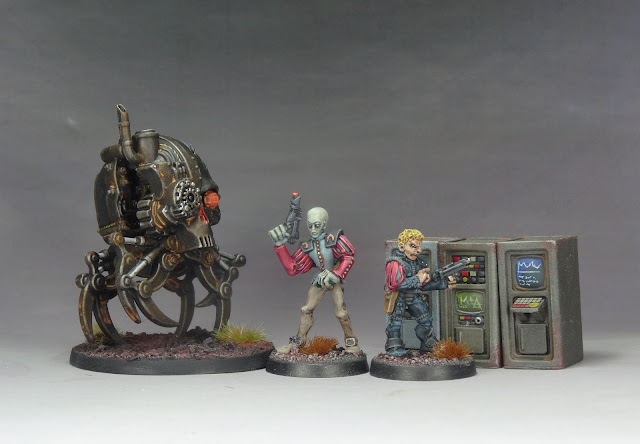