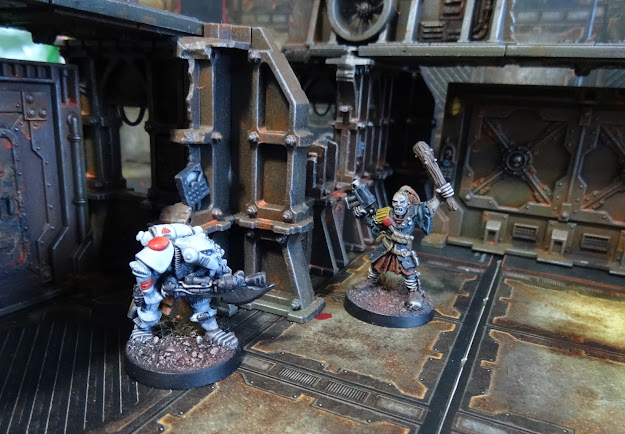 Now while it can be frustrating and confusing, it also comes with the tremendous satisfaction of having stuff that's nearly finished you can just en in a session or two and get that wonderful feeling of achievement !
Well lock down for me has been the occasion to put the finishing touches to a lot of pieces of scenery which might not work on their own but which will be pretty important for future projects. 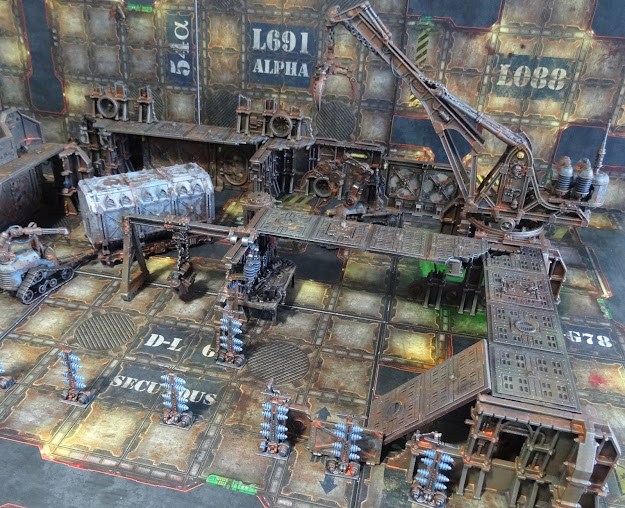 Or maybe they can work on their own after all... ^^
I do intend this set to go with a Full mdf Zone Mortalis kit so this was also the occasion to test several fast painting techniques, like often I don't want my terrain to be too eye catching so I usually go for very simple colours that will let the characters on them stand.

To achieve that I mostly followed Shoeba9's tutorial by loosely spraying dark brown, orange brown and also a bit of kahki green to break the monotony of the big surfaces. I did try to focus the greenish parts more on the undersides and bright brown ones where Rust would gather but there's no real wrong wa to do this stage.
The following one could easily be done by a 6yo kid ... and actually was ! Take a big brush ans just drybrush steel (leadbelcher in this case) to highlight everything, I tend to favor top to bottom strokes on vertical pieces, the other just get the most basic form of drybrush you can think of. 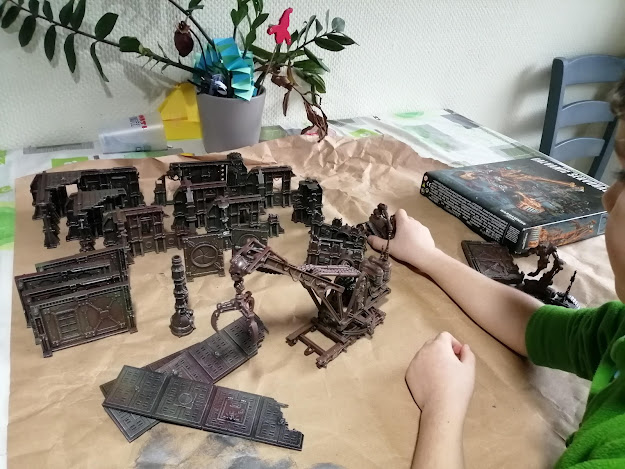 Next was just applying salt then painting the colours to get the chipping effect. In hindsight, I'm not sure salt weathering was the best solution here because of all the intricate details and because I wanted to do hazard stripes, masking over salt isn't exactly the smartest move so I might just go with foam weathering on those when I paint my Zone Mortalis.

Add quick deatiling mostly done with washes or contrast over white and rust effects with watered down skrag brown and cadmium red et voilà ! The aim here is not to look perfect but to look effective at tabletop distance and moreover to be FAST to do !

So here we are, first, we have a full Servo-hauler kit, a must have I reckon, I just love how modular it is with its cross compatibility with all the other kits. 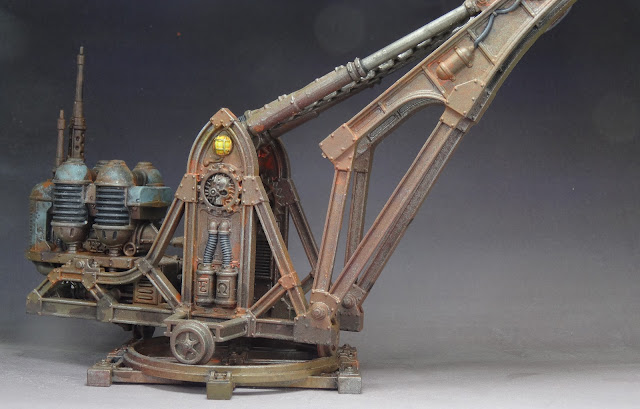 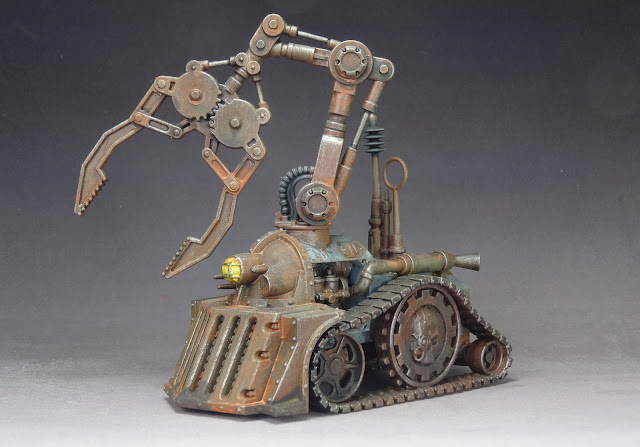 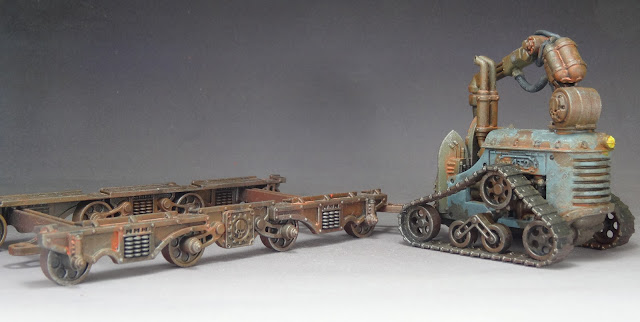 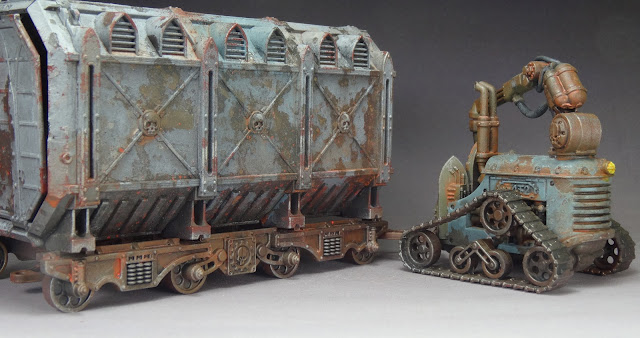 Now another few I've meant to paint for a while, 9 power pylons form the Battle for MacRagge set, I reckon these will make perfect power fences players can disable with power clippers or hacking skills, they'll get some use for sure.

Now I've already paint part of the Mekboy workshop set but since it's base on Ryza pieces, I thought it was the perfect occasion to paint it along the other bits I had, it's a fun set, full of little details and easter eggs andI reckon a workshop will always fin its use as well ! 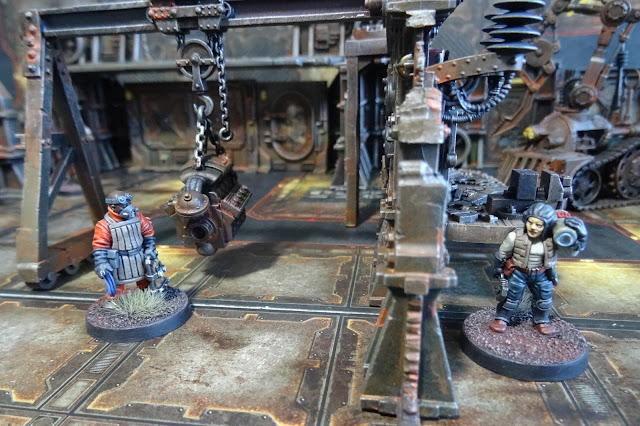 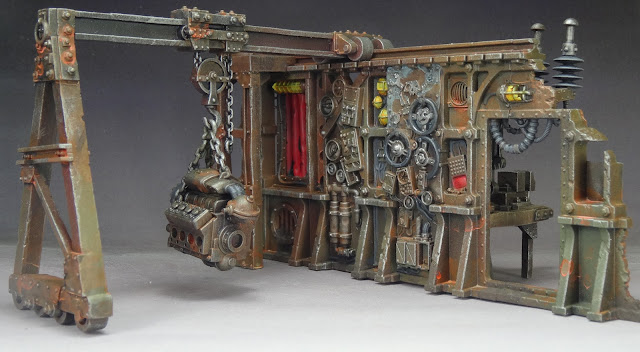 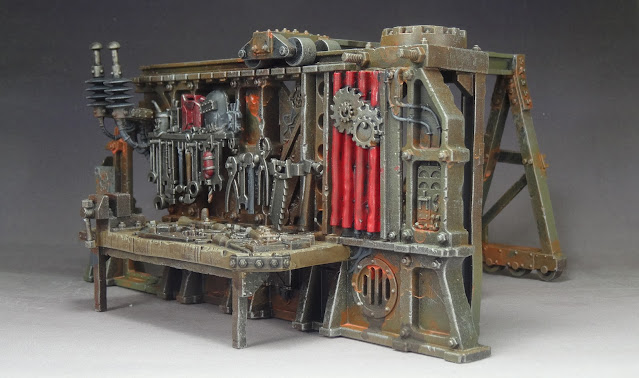 And of course The Ryza Pattern ruins to follow ! 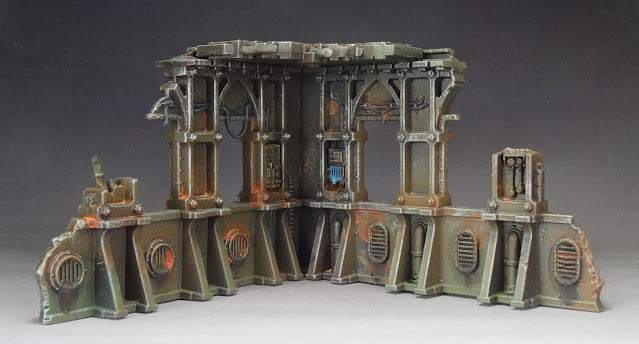 I also had this single piece of Aegis defense line so I thought I'd just paint it along the rest !

And of course all the terrain bits form my Necromunda box left, I know I should probably have the walls before the gates done but I've learnt from painting them and enjoyed doing them so that's not wasted, I think it's effective enough

And because any player knows walkways are absolutely essential in skirmish games, I just painted those quickly as well, you simply never. have. enough. walkways.

So here we are, not much in itself I guess but still a great achievement kick to move onto my Zone Mortalis this summer now ! 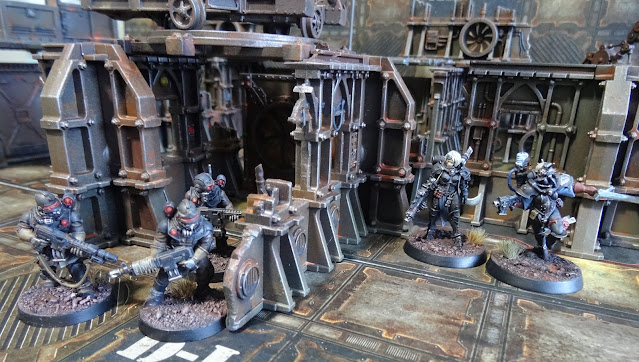