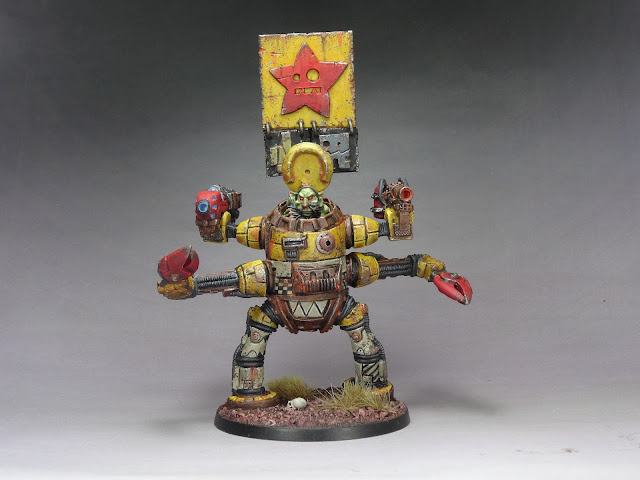 OK so this is orctober right ? And what do we do on orctober ? Celebrate my birthday and prepare for halloween right but more importantly ? ORCTOBER YEAH.
Like every year, I do like to paint something for the occasion and this year I had 2contenders. Lopedog decided for me though by sending me a gretchin pilot for my dreasdnought though, what an asshole right ? urgh...

Anyway, I knew I didn't want that to spoil me the fun of painting something big and noisy hence very orky : a dreadnought.


Now of course the Rogue Trader ork Dreadnought is an absolute beauty of non sense and goofy charm. I do like smaller versions and never got a banner pole but I could see myself adding two little friends to this guy now...

Funnily enough, painting mine according to my usual colour scheme makes it visually close to the iconic Bad Moons version by Tim Prow ! 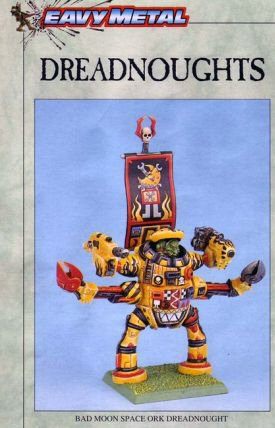 The joints and weird angles mean it's not an easy model to give a dynamic pose to but I tried by making it walk and twisted the middle section with the arms attached to it (I've decided that part can turn around because it's cool). 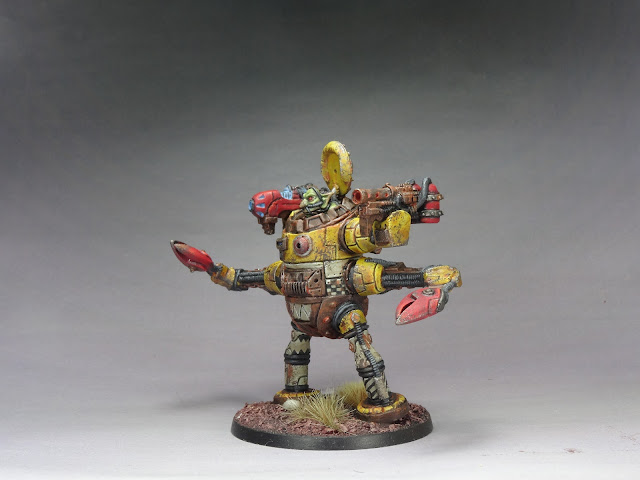 Midway through blocking colours on this guy, I still wasn't sure about the colour balance and it took the whole scheme based with darker colours added to realise I liked it and it suited with my idea ^^' 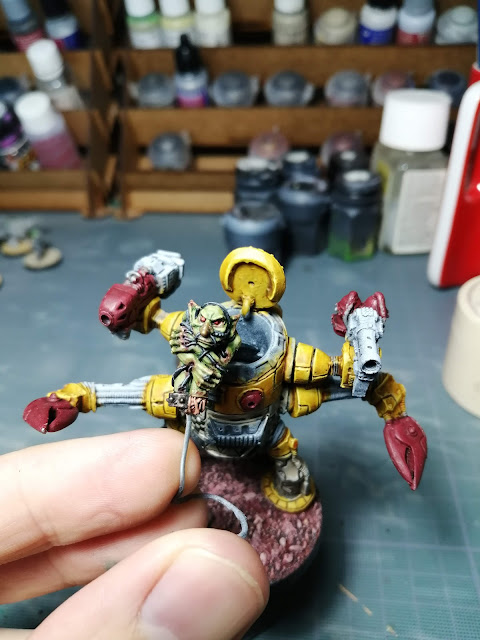 Like often, showing WIP shots to my friends helped me realising there was a drastic lack of banners on my murderbot. And of course you don't want a weak and petty fabric banner for such a triumph of ork technology, you want a STEEL BANNER (as in plastic card steel) !!! 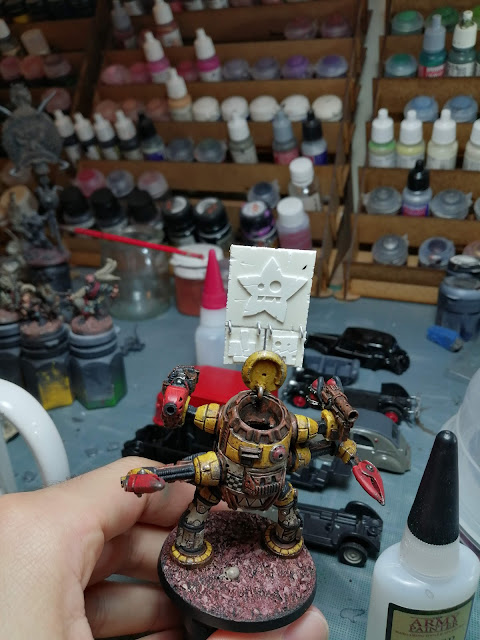 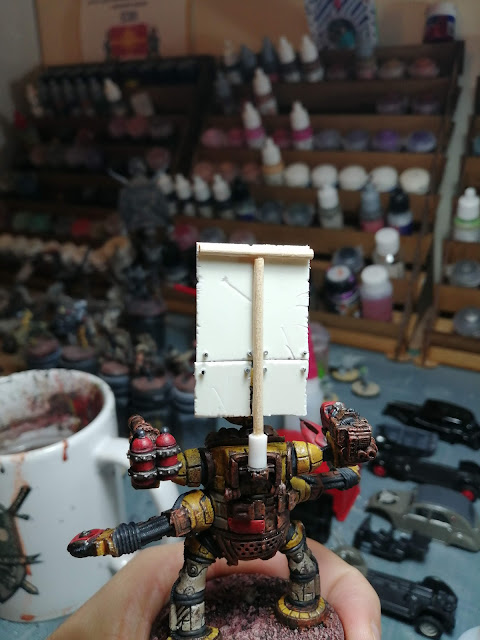 For the design I just wanted to say something really meaningful so placed a giant red star to echo my clan's logo and added the words "GOG KAN" because it is a powerful dreadnought after all !
Now the really good part of this all (I guess) is that it also stops my ork force from being a full trooper force but it now has a vehicle, taking it a step closer to being some bit of an army (although a proper army is probably never going to happen). 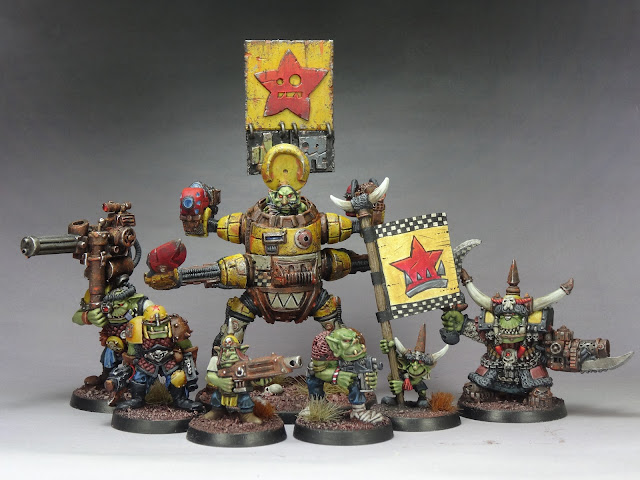 Now I'll be totally honest with you here, I have no idea how it fares on a tabletop and 2 chaos dreads are probably a bit of a  dick move but I do have " painted RT dreadnoughts after all ! I'm in a robot mood right now, and in old cars as well, but that's another project... again !
Thanks for watching ;)
Publié par Asslessman