Alright so I've been a little quiet, working on too many things at once but at least it means being busy (mostly) doing stuff and amongst the many things I was working on, there's this team of Adeptus mechnicus designed by Bob Olley.
After the really pleasing challenge around Trish Carden a few months back, I've decided to ask Bob Olley to judge another friendly competition based in his work this time ! So this month was the #paintabob marathon for plenty of us and great fun it was.

I really wondered about which models I would pick as Bob's sculpted a mind blowingly large amount of stuff and I finally settled for his iconic Adpetus Mechanicus range.


7 models at once might not be the smartest thing to sign for but honestly this is a set you want to paint in a go as a group rather than one piece at a time (YMMV). This set is as iconic as yuo get and for me totally representative of Rogue Trader.

It was fun coming back to some of those models, I first painted  the left techpriest 25 years ago when I got it and made a mess of it (he even lost the top of his axe in the process) and I also painted the right one for our dear Mr Kinch a few years back. This older version is actually the one I based all this new paintobs on this time ! 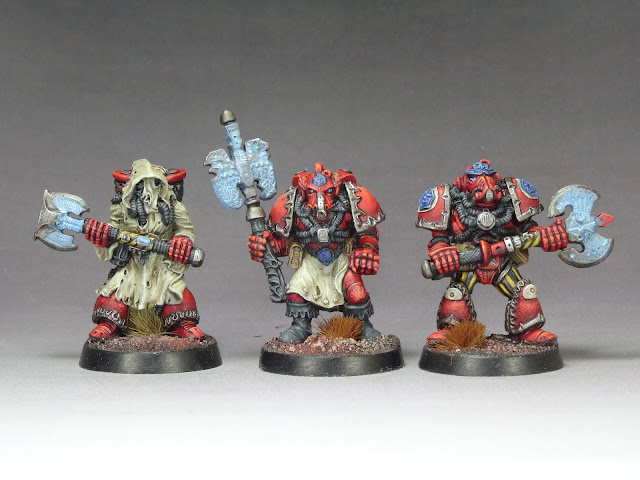 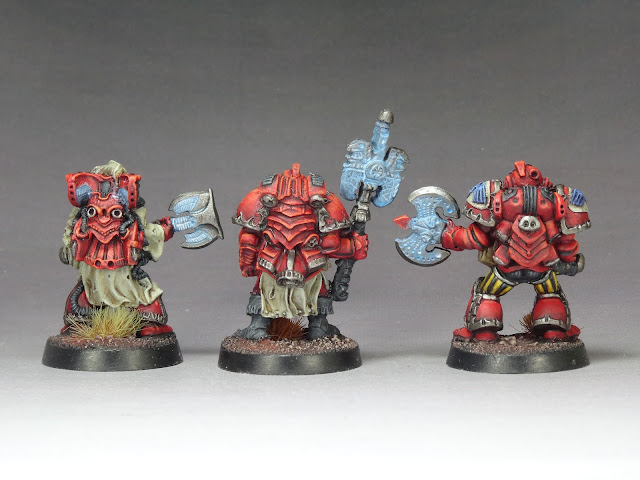 I think those sculpts have every Olley signature moves you can think of, intricate organic details, folds and details everywhere, just keep in mind those guys are wearing mk6 power armours and see how crazy the design is !
It was very tempting of course to copy this fatastic piece by John Blanche but many have done it way better than I could before so I kept to the plan and inverted the scheme (oh and in rogue trader, white is colour for the adeptus mechanicus anyway).


Now the servitors are quite something, of course these aren't as famous as the other sculpts, probably eclipsed by the Jes Goodwin version (I'll have to paint now). I have opted for a sick blueish skin tone to reflect the tons of chemicals these guys might be onto and the bleached hair as well, as a little nod to everyones favourite replicants Roy Batty and Priss. Those guys have an insane amount of details sculpted on them with cables running in the hair and all that, defintely puzzling models at first, it took some time to block all colours in but when this was done then it was a pure delight to just follow the path ! 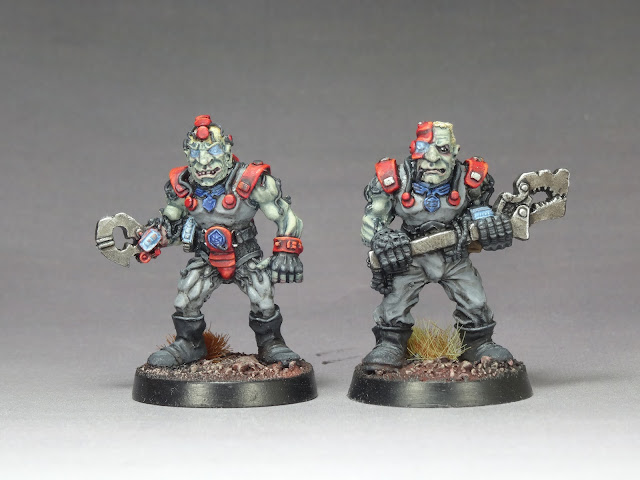 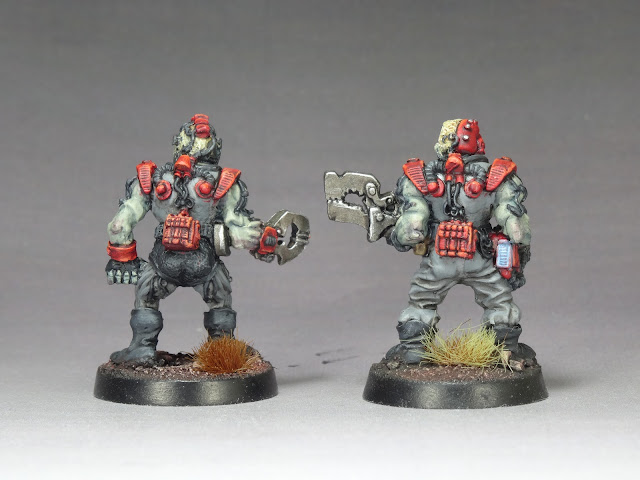 Now these 2 are even less fmaous as you almost never see any painted or played, tehy're peculiar for sure, especially the female servitor. Of course, the real trap when you first look at the model without seeing the painted version at the beginning is to assume she's wearing and armoured monokini with breast window. Don't do that, just don't.
The squats is very fun especially since he's the least admech of them all with barely just a bionic saw in place of a hand. He has a set of very traditionnal tools at his belt which is rather fun I find. 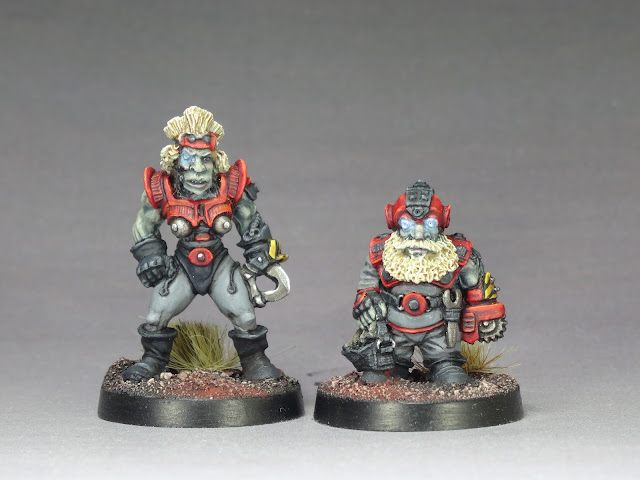 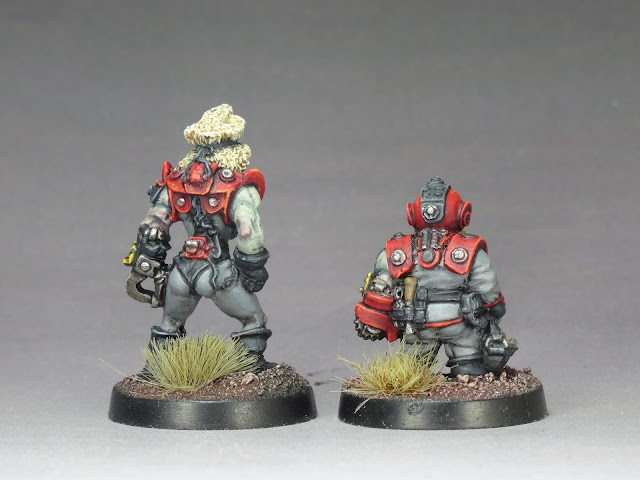 So here we are, I'm pretty pleased to have this unit ticked off the list to be honest. I know I rushed a fair bit in the end to move onto the MANY other projects I have in line but I know I'll add a few more admechs and it will be much easier to do so now I have a solid base to build on.
I love that none of these guys have a gun and although they have massive power axes, they should make great NPC's should I need some !