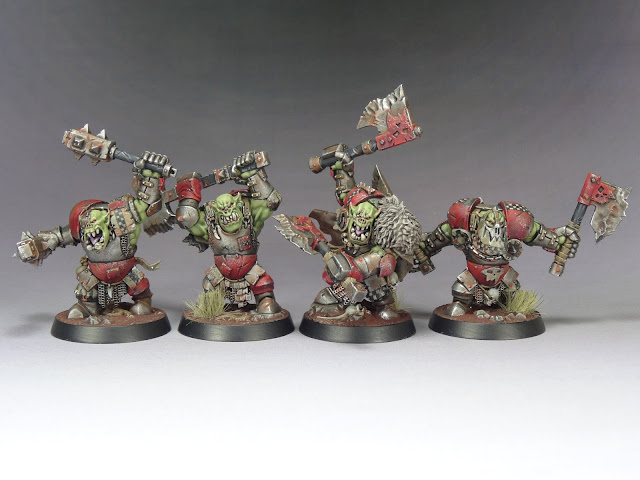 Sometimes you do things you never thought you'd do. I never thought I'd paint anything related to Age of Sigmar, and here I am with my 3rd band belonging in it. I never thought I'd get the orruks for Shadespire, but here I am.
I didn't like the way they looked, didn't like the way I could hardly tell them apart, I didn't like the look of them.
But some things just happen, in my case, it was going to meet my dear friend Sho3box and playing Shadespire with him, facing his orruks with my Stormcast.
Playing against them quickly made me realise the Ironskull's boyz were actually the easiest to tell apart model wise since their names are basically just a description of them, then seeing them painted by him made me realise they were not that bad as models either. And finally, playing against them confirmed what I feared : they're the kind I like to play. Ruthless, blunt, forgiving, tough...

The 2 main guys are already good fun, Gurzag is possibly one of the very best leaders in the game, being extremely resilient and hitting hard as well, Bonekutta is also the guy you send in to be mean : 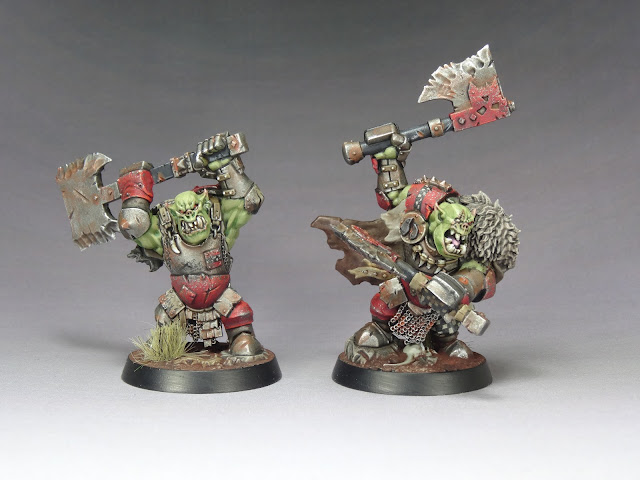 Now Basha and Hakka (who I often call Slasha for some reason) are the Bebop and Rocksteady of the game, they're basically the same  guy (though Basha should be careful about that belly of his if he want to fit in his armour). 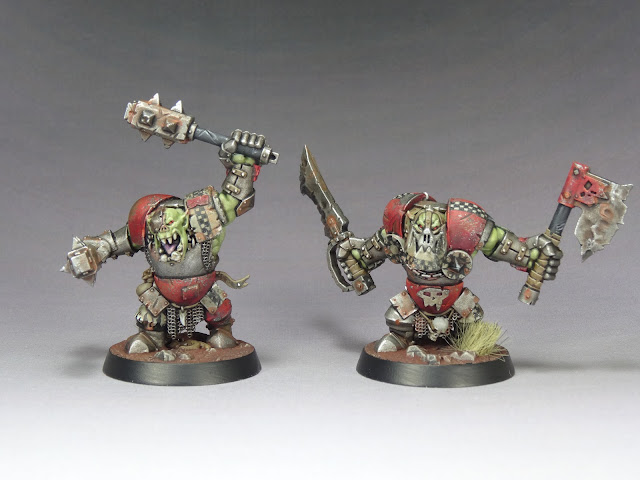 Now painting wise, I was tempted to go with something unique with those guys but since I'd like to have my sets to fit with each other, I've opted for something (a lot) more classic. I'm slightly disapointed the photos won't get some of the nuances on the armour (I did spend some time on those reds before over weathering them).
I knew I did'nt want to go the full banana way (never go full banana) and thought it would be cool to echo the old red era style for orcs. Of course red armour isn't anyhing original sinc it goes well with their green skin but you know...
I tried to keep the green skin pale enough to make it stand as well, I do like to think orc skin goes paler as orcs become strong and old... ^^
For once, I'm quite happy with the painting but the photos don't show any of what I like in the models, I guess it's better this way than the other though.

So that's a third band done and I'm quite happy about it, I have another 2  and that should be all ! 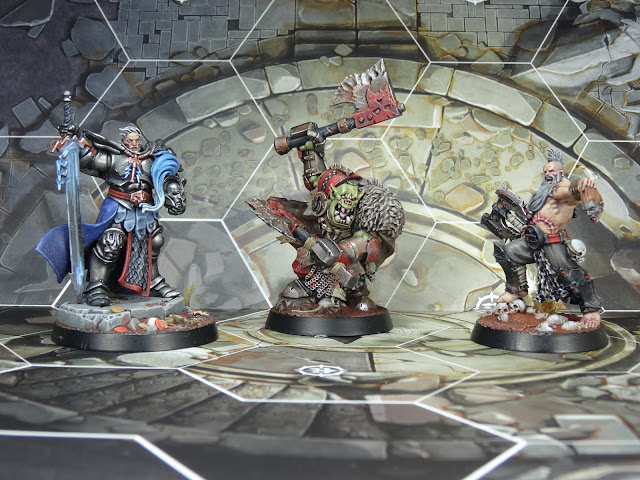 I've left some deadlines and commitments behind me but BOYL is coming our way  and I have a few things left to do so I can't let the steam go down for now !

Happy painting to you all ;)
Publié par Asslessman