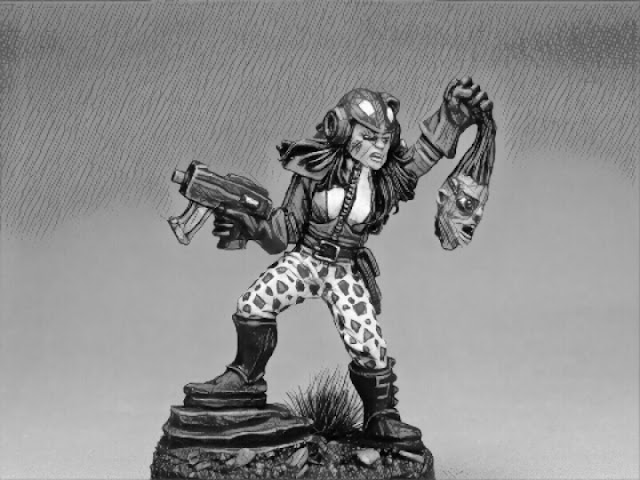 Results over manners. That could be the definition of Olivia's state of mind and practical way of handling missions. Not that any of her employers have had anything to say about it so far.
Olivia is a special character, not only because she's one of the most fearsome female imperial guard models you've seen in a while but because she was the gift model at this year's BOYL.

You might remember her from the black and white pages from the Rogue trader rule book : 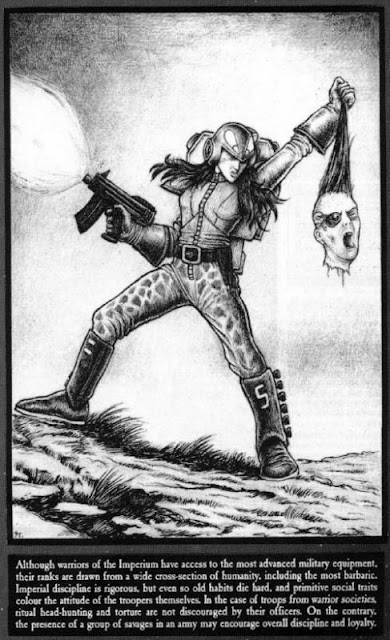 Well the model was so good and people were already starting to paint brilliant examples so I decided to paint mine early !
As you see, I've tried to stick as closely as I could to the original illustration with a few artistic choices regarding the colours that might be hers in real life. 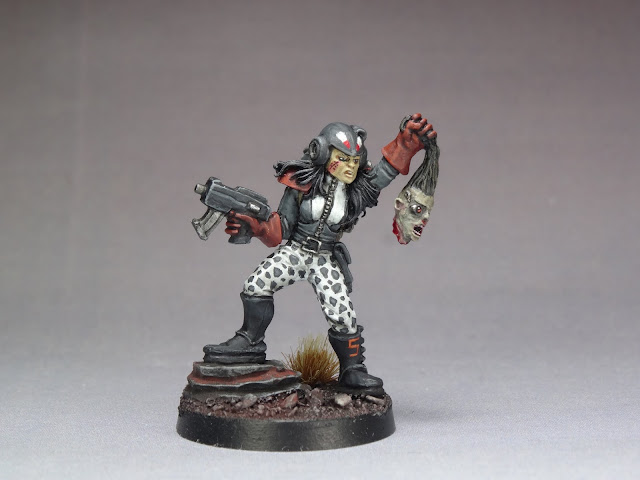 She's proven to be a joy to paint and quite an easy one too since she was done in an afternoon (in between Twin Peaks episodes). 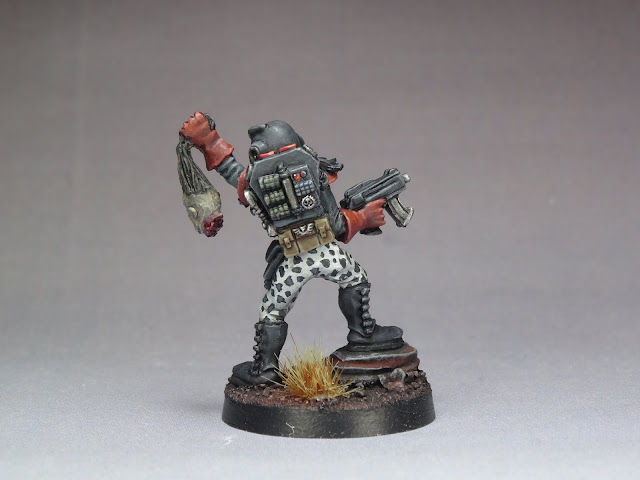 Olivia will join a group of Rogue trader inspired models. I've decided I'd make a unit fully made of characters appearing in the rulebook ! 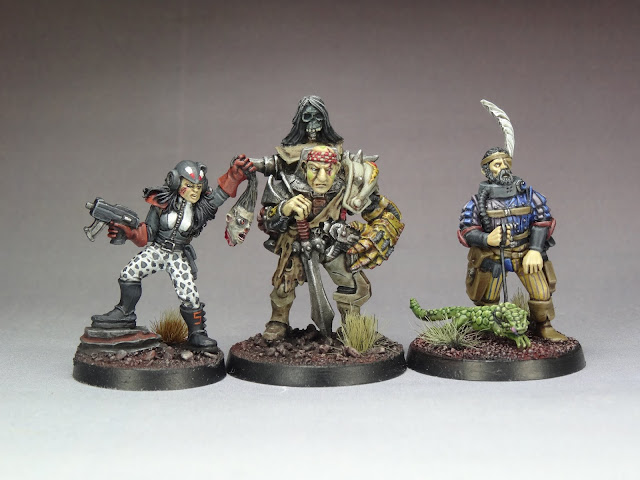 They're all new models I'm afraid but there's no age to celebrate the oldschool goodness, is there ?