Silos for scenery - Thank you Morikun ! 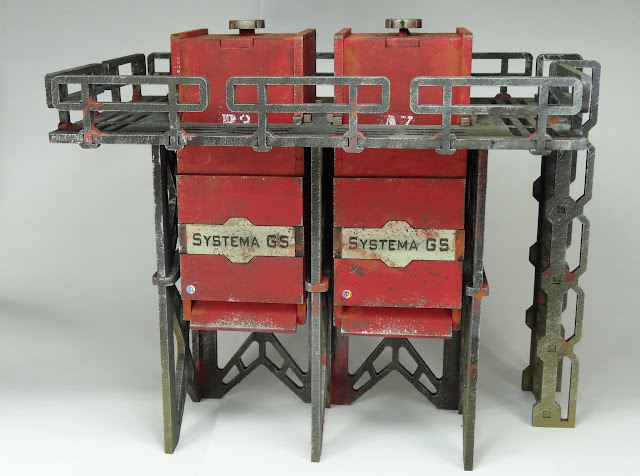 Some time ago, I entered an online challenge on Morikun's blog like I had done before.
I was quite lucky to get a couple of rewards for my entry and amongst them a very nice lasercut mdf kit from Systema gaming.


The assembly was pretty straight forward. If I had to compare this kit to the one from French Model Workshop I did earlier, I'd say it's rougher and way simpler. The roughness does imply a fair load of preparation once youv'e punched the pieces out to remove the traces left.
This also means some joints between parts are very visible and the detailing is a bit less interesting. It's nice to have stuff availables on both ends of the price range and both are good products in my opinion. 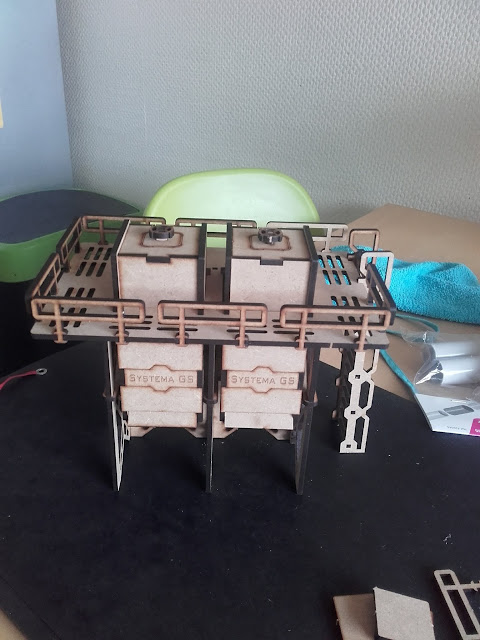 It must have taken me under an hour to get all the pieces punched, prepared and assembled (with PVA) and the whole thing primed.
I then moved on to blocking the base colours and did it with a brush (nap time of the kids meant I couldn't get the airbrush out...).
So after applying 2 thin coats of red on the silos, I moved on to applying some transfers to make them look better before proceding to weathering...
Now pay attention to where I stuck the transfers and  sealed them with varnish without any form of dry test... 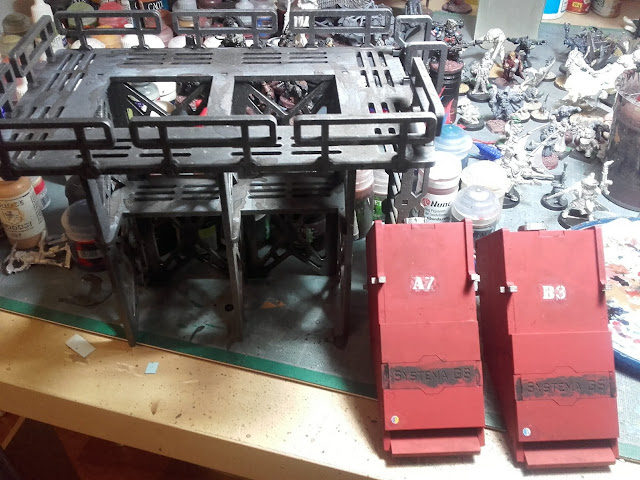 And laugh at the EPIC FAILURE... 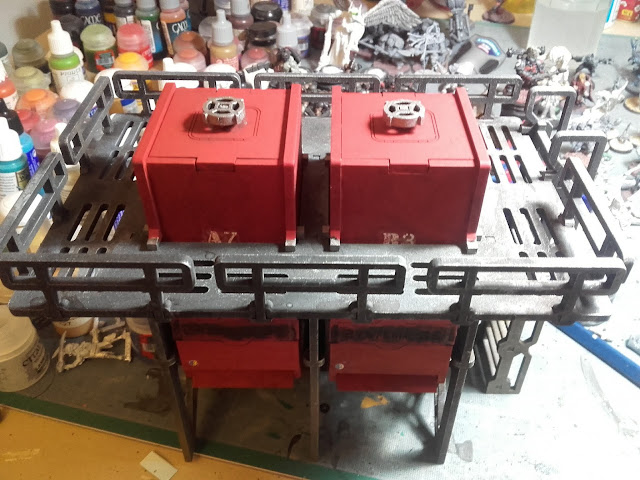 Aaaaaanyway, after playing with blister foam, some washes and a bit of pigments, I had my silo painted. The total amount spent on painting must have been under 2 hours including pauses to read, go on the net and drink a bit of tea. 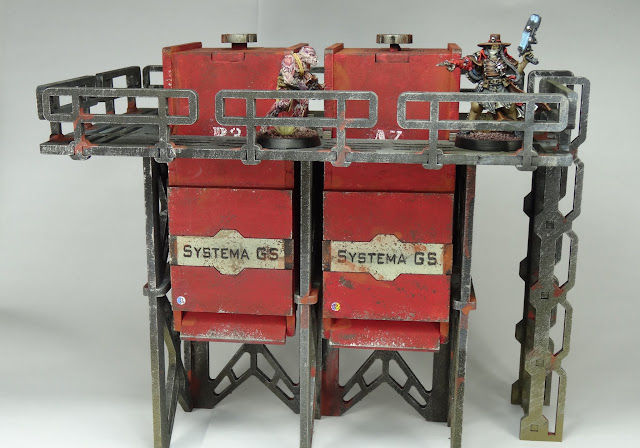 It's a pretty basic kit obviously but I do fancy it and think it will be useful. Oh and it was free so that's total win from where I stand. 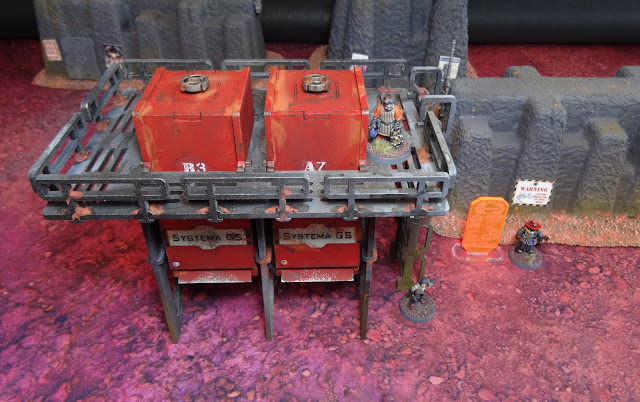 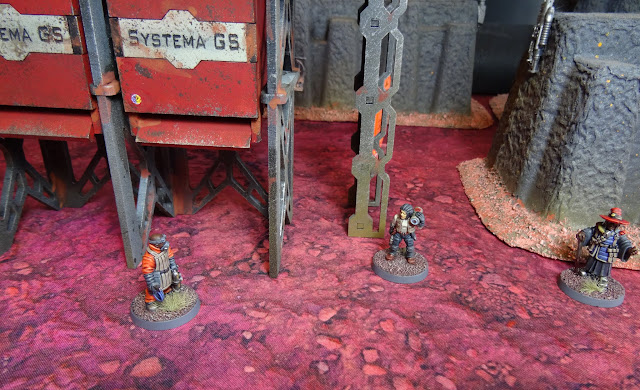