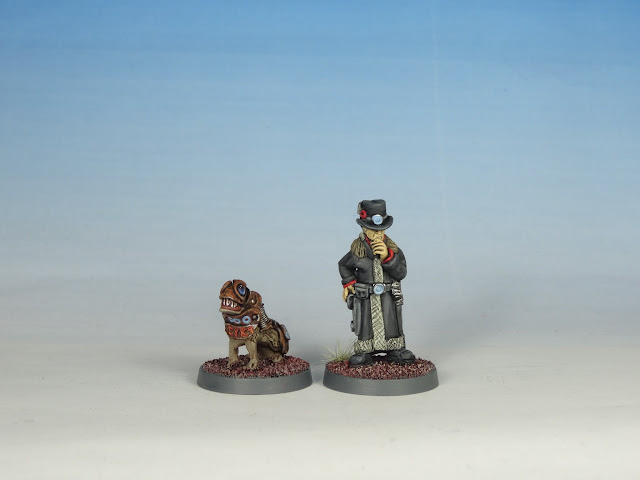 Brushes were starting to itch a little after quite a while away from them and spending too much with the modelling knife and putty (more about that soon). I've decided that a little reunion with painting would be a good and amongst a fistful of models I've just primed there were these 2 guys that were very appealing.
These models are from the Kickstarter "Outlanders !" designed by Paul Field (the excellent Mason on LAF amongst other places) and that go with the other models from Blind Beggar. 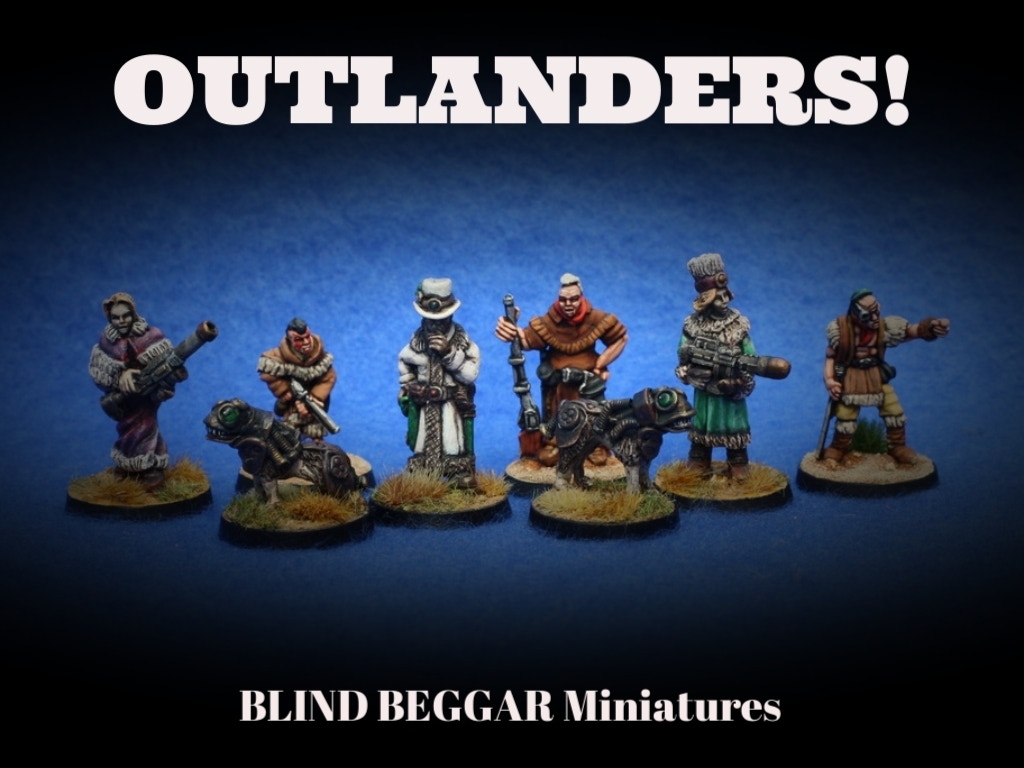 Mason has kindly proposed to get me a set of the models in advance and I have to say I couldn't really say no !


This last kistarter is centered around providing colonists from the furture. I really like teh idea behind those as I think even in the future, real colonisation can only be done by settlers and adventurers. This part of our imaginary universes is of greater interest to me than the wars fought around them.
Those outlanders have a bit of US Pioneers, steampunk and post apoc in them and they are just perfect for the purpose of colonies.

Now that I've said that, you will have understood that my contradictory self had to paint the first 2 otherwise...
I fully intend to paint the others as colonists but these 2... I had something else in mind... I just love the perplex look of him and the dog fits him so well.

Then I've realised that before the Rogue traders and inquisitors are called, someone has to make the call. And that someone must have enough power and credit to do so. You just can't send a rogue trader and a whole fleet ready for the Exterminatus on a whim...

That's how Petar Felk was born... 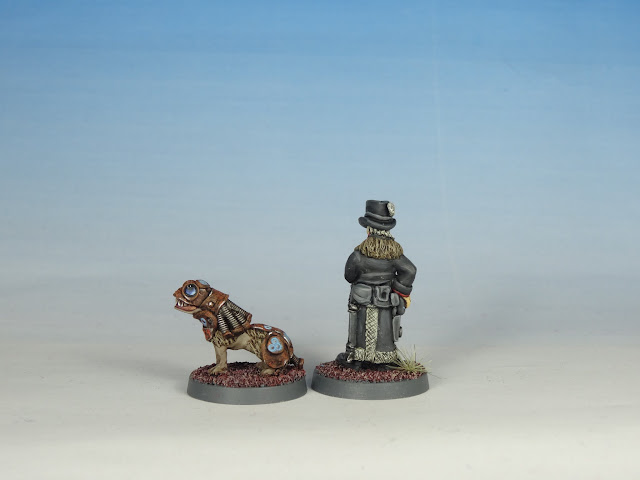 "Petar Felk is an imperial investigator. Affiliated to the administratum most of his work is to check and investigate every suspicious intel that gets back to his hierarchy. Any call for sects, suspicions of mutants, chaos or even neighbour tax frauds, investigators are here to determine what the next course of action is. Most of the time, the action will go to local law enforcement (adeptus arbites) but sometimes it may have to go  a little higher...

Investigators are often regarded as people of low power and influence but theres nothing as wrong as that. On their judgement and decisions lie the fate of many... It's not exaggerated to think the balance of peace on a given world relies on those men.

Petar Felk is one of those old agents who's seen far too much and who weighs every action and word before thinking about it."


As you can see there's a lot of possible uses for such a character and I think he'll be as enjoyable to play as he was to paint.
For the record his dog is a regular dog modified with the famous Cyber K9 kit that was meant to fix injuried dogs. The kit was extremely easy to use and quite affordable for anyone with the right names. It is said some humans even used it to fix themselves but with very hasardous results.
The one following Petar right now must be the 7th or 8th so he's kind of lost track and just calls it "dog". The mind controller in his hat actually does most of the controlling for him and the CyK9 unit proves a valuable asset for an aging agent that's grown bored of running after people and grabbing their testicles to reach their mind.

If you like the model, go check it and the others on the Kickstarter ;)

So here we are, hope you like this, more to come very soon ;)
Publié par Asslessman