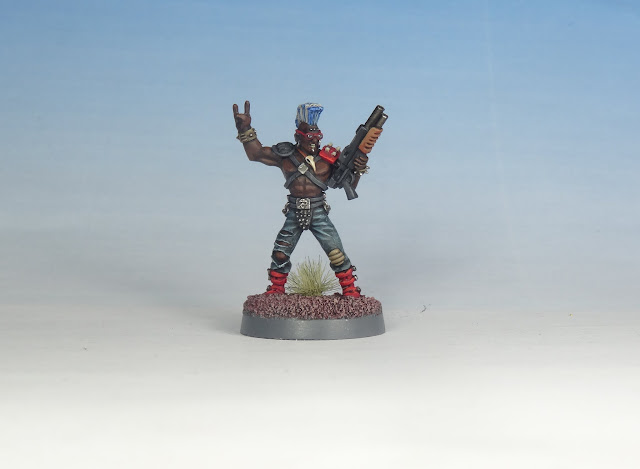 I'm really glad to present you this model right here. If you don't know the model, it's quite normal as only people who attended Oldhammer events in UK, USA and France (maybe some other countries too) had the opportunity to get it (Extra special thanks to Airbornegrove for sending us frenchies some to celebrate our first french gathering, you truly are a gent sir).
The model was designed by the legendary Mark Copplestone and commissioned by some of our fellow north american Oldhammerers along some other members of the Oldhammer forum.

See, this is exactly the kind of initiatives that makes me love this little world of ours. Some people decide to spend time, money and energy just to make sure we lazy asses get a free miniature when we attend our Oldschool convention. I'd also point that the people who made this happen didn't speak about it much or tried to brag. Reminds me of a saying "Those who speak the least do the most". 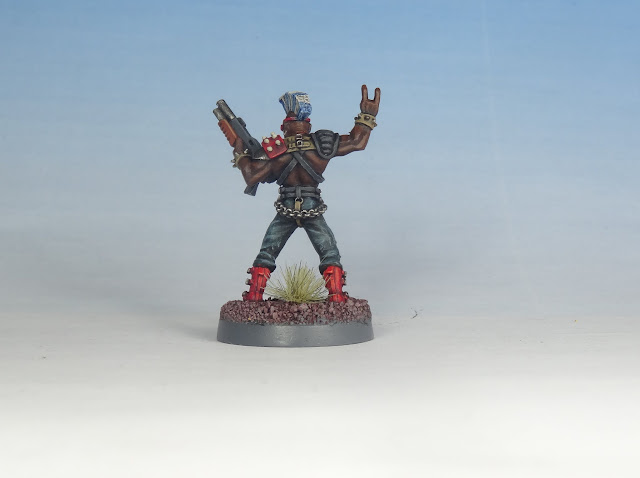 So let's talk about the painting now. First of all, I have to say the model is particularly detailed and precise. It's an amazing sculpt and the casting was hopefully up to the level of Mark Copplestone's work. I'm not usually happy of my painting but for once I'm quite chuffed and on top of that I had a very very pleasant painting time. It's the kind of models that really lift you up technically.

Since a couple of versions are already out I had to choose my own scheme.
The model being initiated by american members, I kind of wanted to give a little nod towards the origins of the model.


The model itself has a clear post-apoc/dark future/mad max vibe and for some reason it reminded of the legion of doom : 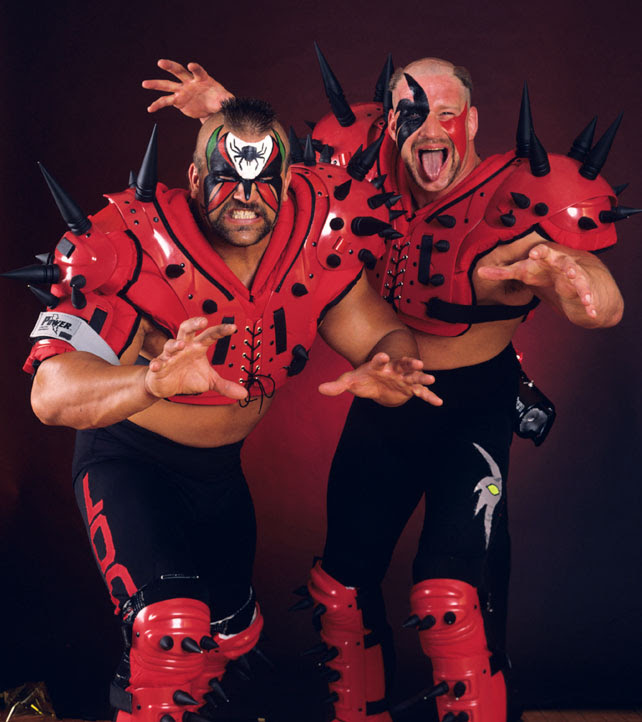 Wrestling is one of the earliest elements of american culture that fascinated me as a kid in the early 80's and those wrestlers from that era really had everything to make youngsters like me dream.

Another obvious element to integrate was the american flag but since I didn't want it to be too obvious (for some reason I think it would look weird to have a guy in the year 40k+something to have an american flag) I tried to change it a little bit.

So I decided to reverse the colours and paint white and blue stripes on the mohawk and white dots on a red background on the shoulder pad. I think it really gives the same feeling without making it a simple replication.
Of course, now I'm gonna have to give him friends... 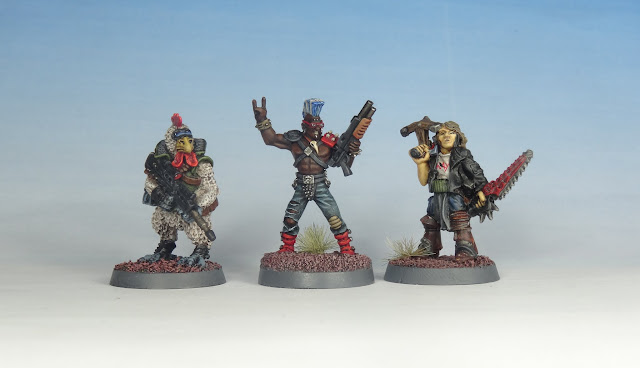 Good thing is, EM4 does sell some Copplestone goodness that fits with this guy like crisps and beer. Add a couple of oldschool references and you have some pretty sexy group of punks... 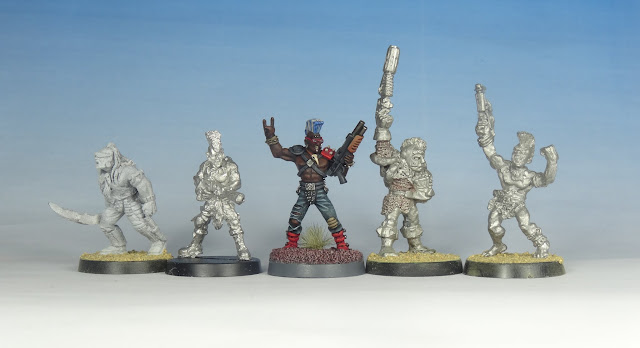 From now on, I'm going to focus on a couple of models I have to paint for some diserving people but I do have a couple of odd and sods on the menu as always... ;)