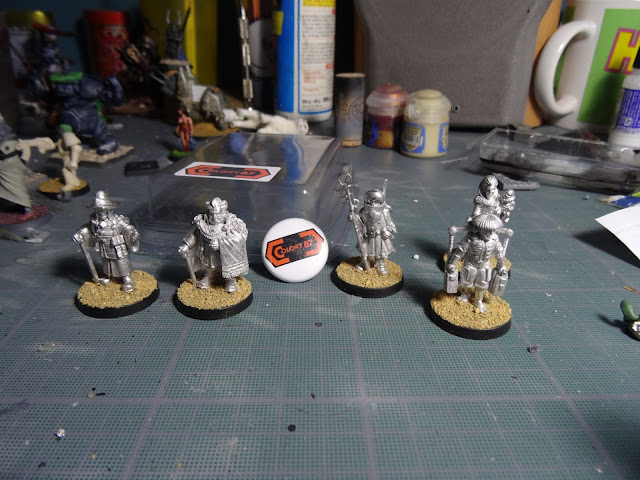 I prepared the models and based them the morning following and tried to decide which one I was going to paint first...
I thought I'd settle for the 2 nobles to keep in the same mood as my Helmawr gangers but then I decided to opt for a stand alone model and who else than the space frog man to make a start with? He's a frogman which in itself is enough to light a burning desire in any oldschool fan's heart but I'm french and he kinda looked... well to my taste ! 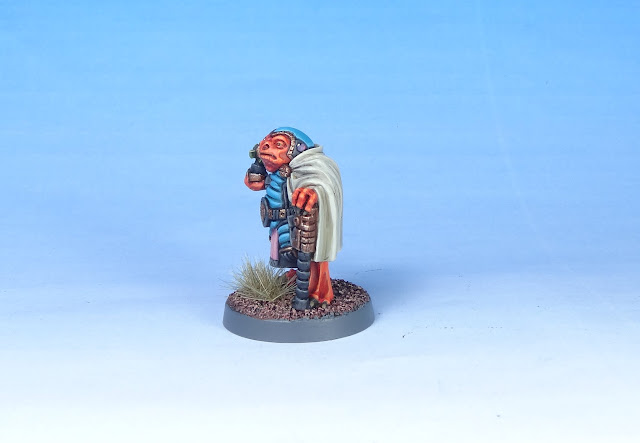 Painting wise I nearly considered painting the skin green but quickly let that idea aside to settle for something a bit more eye-catching. I decided an orange skin would look cool and just as I was trying to figure out which colour to paint the clothing, I remembered Axiom's Blood Bowl slanns were orange and blue so it made sense to give a little nod to those (oh and as a man of taste he knew these 2 colours work wonders together...). 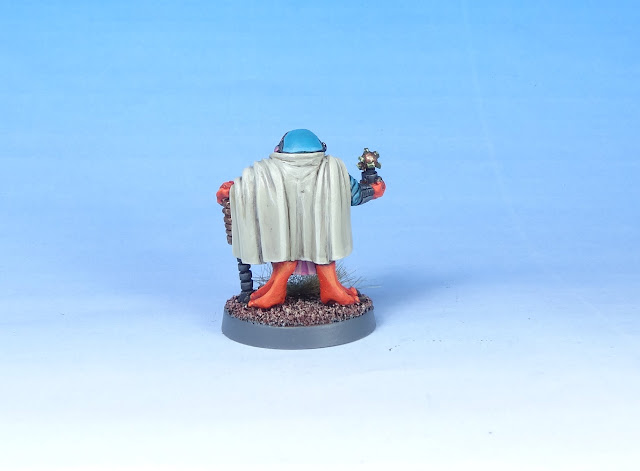 I have to say the model almost painted itself and though I tend to use that expression for many sculptors like Bob Olley or Jes Goodwin, this was absolutely true from start to end. As a matter of fact I found the level and quantity of details to be heavily reminiscent of Jes Goodwin but with a whole different take. The quality of the casting was also very pleasant (thanks to a great caster and brand new moulds, the benefit of small releases. 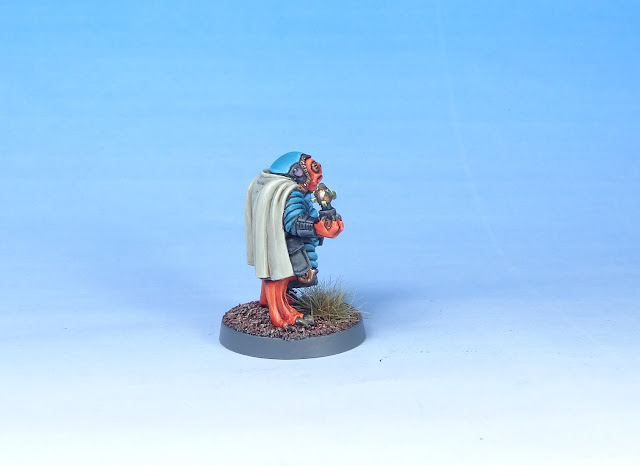 If I'm not mistaken this example might very well be the first painted ever (not that there's such glory to have from that) and as expected Whiskey "speed devil" Priest did manage to paint the very first Colony 87 model ever in no time !

"Zaba Krobosh is an emissary for the intergalactic Slann committee and his missions often lead him in contact to alien diplomats of all sorts from humans to eldars, squats, pisceans or even orks at times.
Operating far away from his motherland doesn't seem to affect Zaba much, not much can affect him as a matter of fact. like all those of his kind, Zaba is always prone to cold blooded responses and he never lost his nerves in any situation so far. His connections on underground extreme football games (he is rumoured to own a team of feral slanns) have helped him gain enough funds to keep the means to maintain his influence in the political spheres." 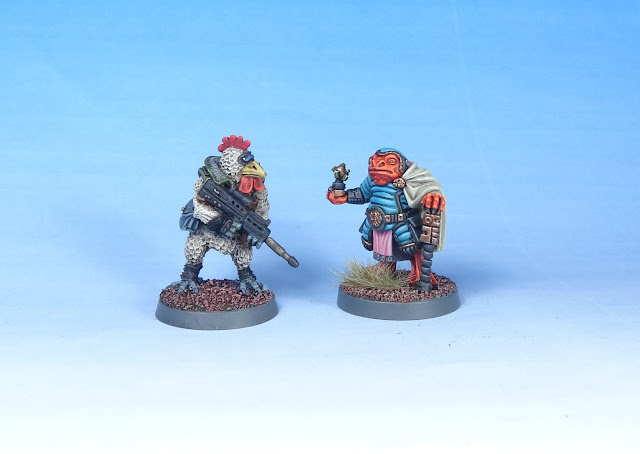 I know this model sort of jumped right to the top of the paintqueue and I will soon get back to my normal program but I hope you'll agree the model demanded some attention ! On top of that, nailing a model in less than a day was a major motivation blast and who can spare those really ?
Publié par Asslessman