Do you remember the 27th night of Orctober?War was changing the mind of defendersWhile chasing the clouds away
Our hearts were bleedingIn the key that our souls were singingAs we fought in the nightRemember, how the rockets stole the night away, yeah yeah yeah
Hey hey heyBa de ya, say do you rememberBa de ya, dancing in OrctemberBa de ya, never was a cloudy daaaaay
Read more: Earth Wind & Fire - September Lyrics | MetroLyrics

Ladies and gentlemen, here we are, at the end of this beautiful month of october (more because I was born in october than because of the weather let's face it...).

I painted my very first greenskins for the orctober event and I painted the only ones I had. These came in the form of 3 skarboyz (from 91) and a 2nd ed gretchin from the starter box.
Since I had actually no experience in painting orks (or orcs), I decided to have a good look in this very good tome "Waargh the orks" is. It proved a very nice read and I actually learnt lots of things, one of which being that orks actaully had quite a good background at some time. I really loved the "no non-sense" approach of ork philosophy and th elogic behind the ork spread across the universe.
I also had a lot of interest in Ork phisiology with the description of eye colour, the rubber like skin and lots of these. It's these points I kept in mind durng the whole painting progress, trying not to be influenced too much by the painted modelsin the book (though I used the banner and devices depicted. My Skarboyz are as goff as can be I guess but looking through the book ade me realise that if I was to make myslef an ork army (highly unlikely though), I would definitely do a bblood axe one. The picture in the book with the mek repairin g the dreadnought is absolutely brilliant. Dark, not too grim with this slice of surreal which make it perefect for me : 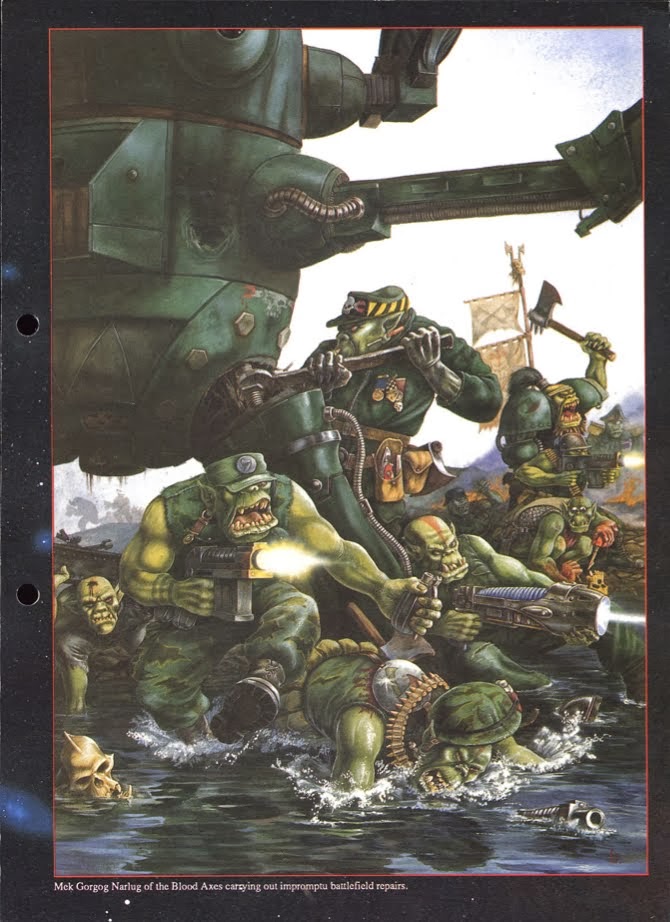 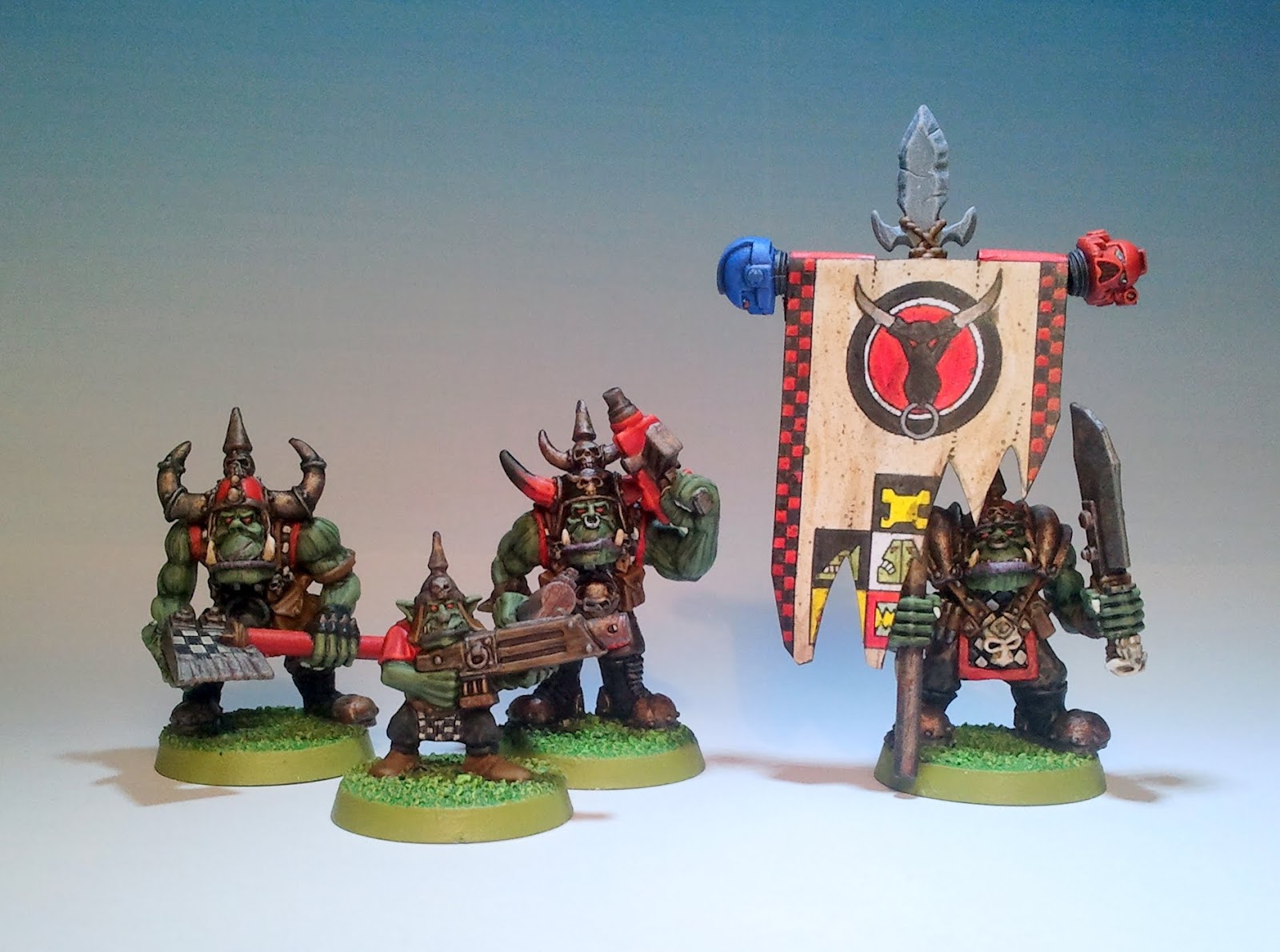 You can see that I didn't manage to give them the original arms as intended. I tried several alternatives with beatsmen, catachan, real human donors but none were looking good to me. I decided to adapt Brian Nelson style arms and though they definitely lack the "old vibe" I find they look quite good on these models.
As for the skin, I was trying to achieve Subedai's orcs look which I like a lot but I overdid the rubber effect on the skin and the final result is not entirely satisfactory, trial and error I guess...

The banner was made by mixing banners form "waarg the orks" with MS Paint and using Nico's tutorial about banners. I have to say it proved a pure deligt and I nailed this banner with no pain at all in little less than 1 hour. I f you haven't tested it yet, run to your painting table and try it. It's completely different from Orlygg's method and though no method is better than the other, I'd just say the former is far much quicker to try though the result can be better with the latter. 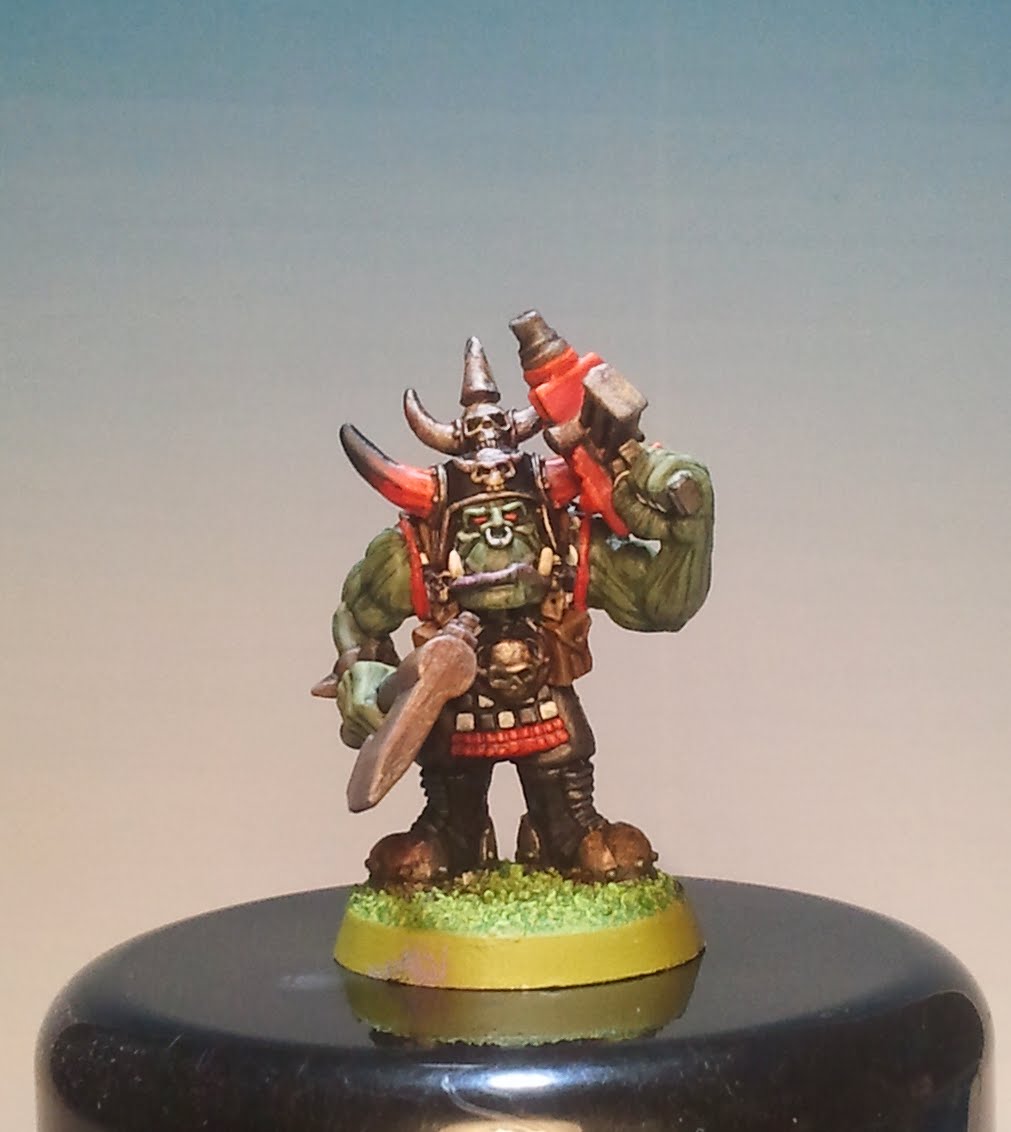 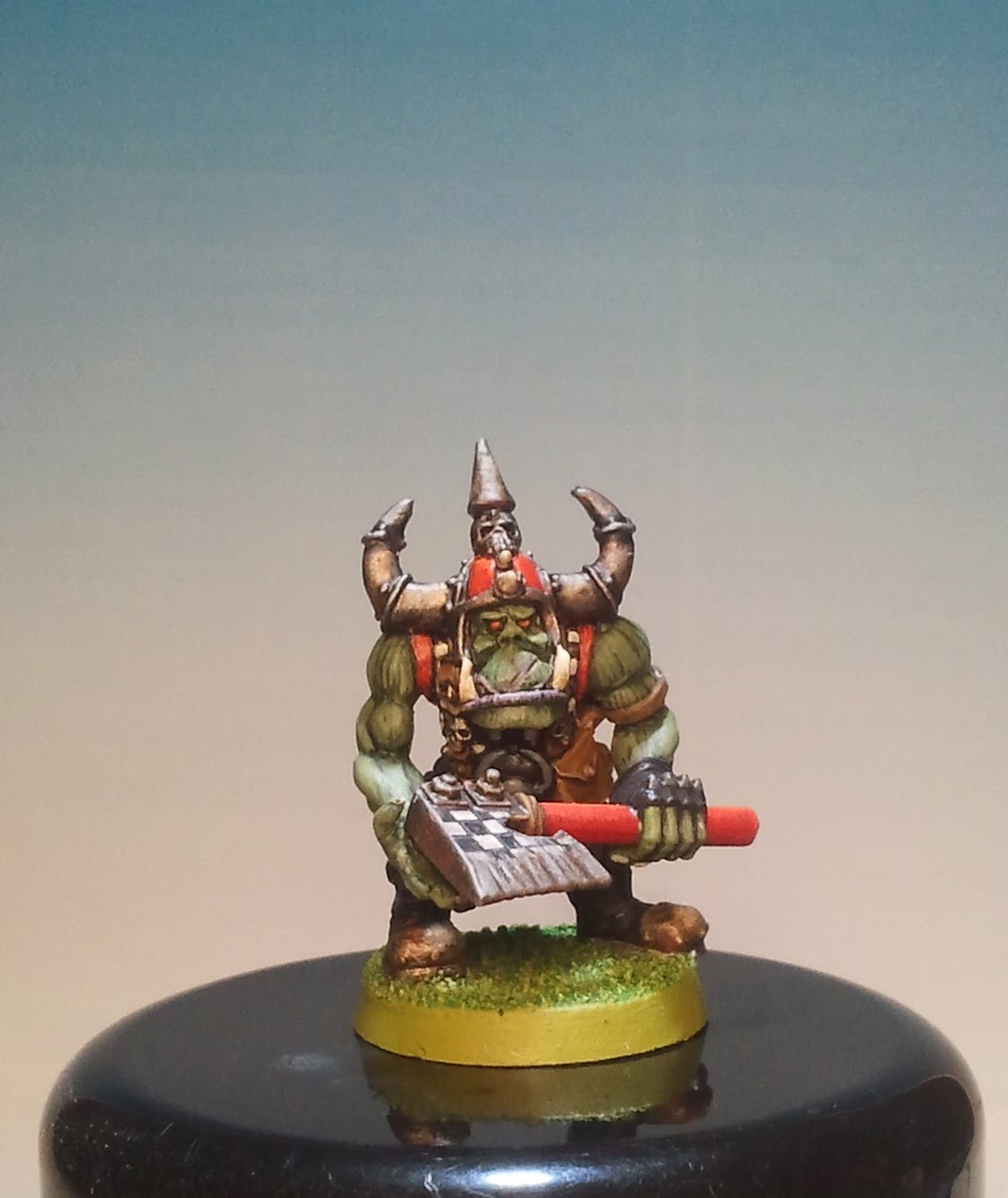 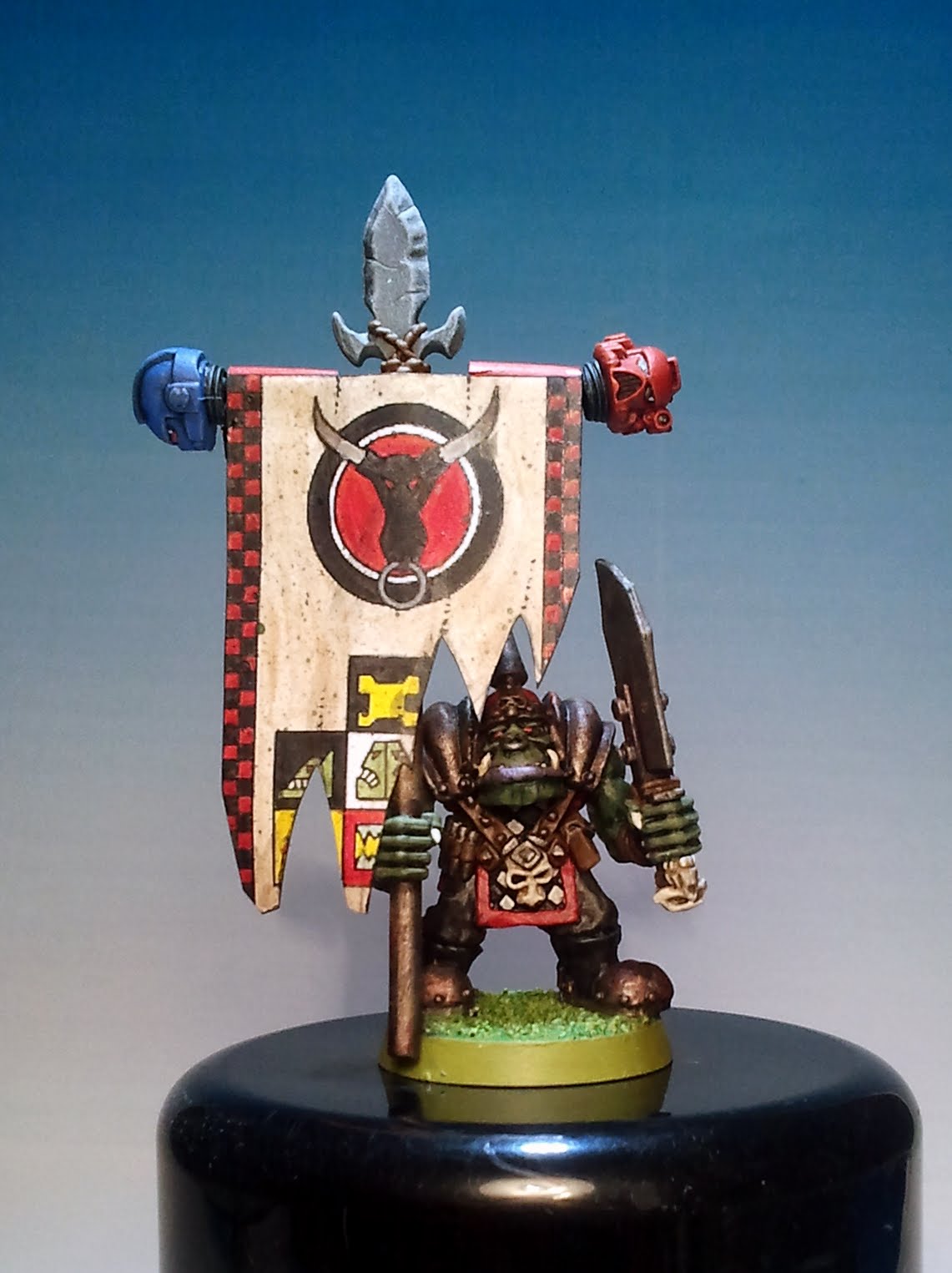 Looking at them once everything is finished, I realise they don't look "Goff" enough, I tried to limit my palette to the mandatory colours but I think I overused red a little (maybe it's this recent Khornish spree of mine lately). They could have benefitted from more black (especialy on the banner which was started a bit too much with Nico's tutorial in mind.

I hop ethey can find a good home with lots of other orks to conquer the world since I won't add any ne friend to this little party.

No let's just wait for the other entries of this orctober and see if we get a Zomvember or an eldrember someday...