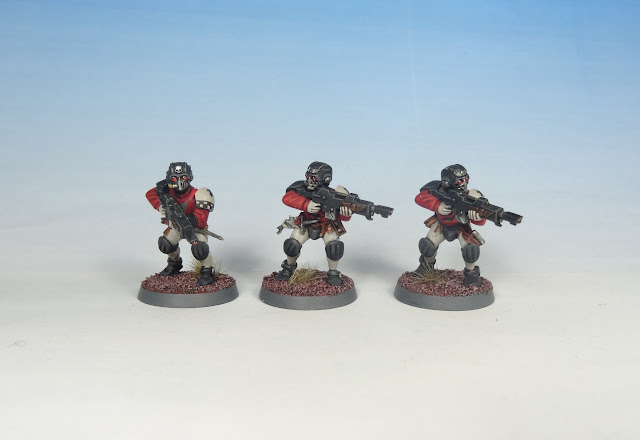 Quick post just to show a little group of models I finished for my Helmawr gangers.
Making a Helmawr gang for confrontation is a heavy choice. The most easy models to get are the leader which was never catalogued and only sold in the US and the trooper which is a limited edition figure... oh and the basic gangers are unreleased (pictures taken from the CCM Wiki) ... 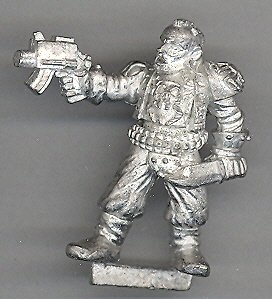 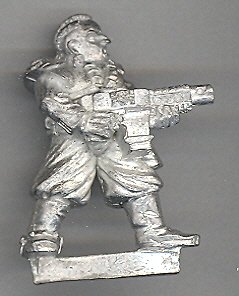 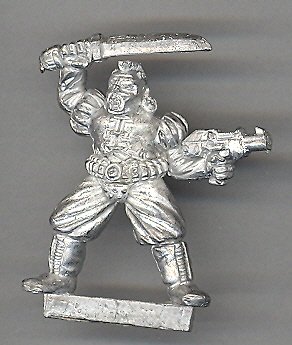 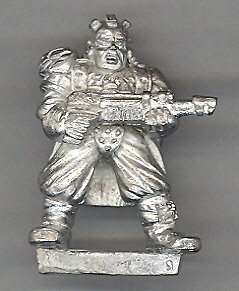 That leaves you the choice between having a lot of money and patience OR having imagination and a bit of modelling skills. You will have figured out that patience and wealth are not exactly my forte so I've decided to make my own gangers. In doing so, I also wanted to get away from the existing gangers if by any chance I was to get some in future (a man has got to dream).


That's why I opted for an easy kitbash mixing imperial fantasy soldiers and some 40k Imperial guard bits (yeah I know Astra Militarum). The mix gives quite a good compromise of grimdark and burlesque I find and I wanted them to sport masks to make them more anonymous and generic. 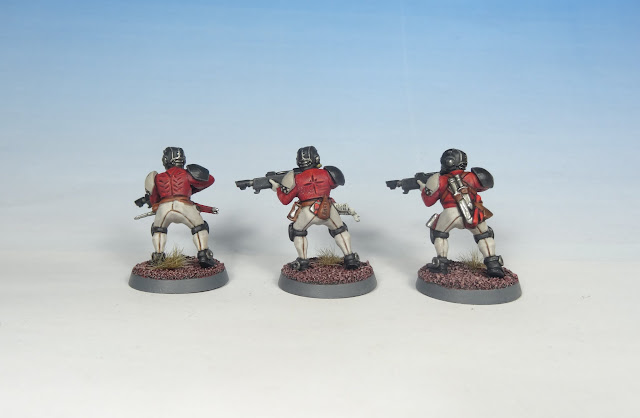 Gaming wise they will probably be used as raw recruits for confrontation (the equivalent of Juves in Necromunda)
I simply painted them in the exact same colour scheme as the rest of the band to tie them all together which worked quite well I think. I used the same shoulder pad design for them as for Pierce Gavestone (on the left) to show they're directly affiliated to him and report to him.
In all honesty, the paintjob on those plastic kitbashes was quite loose without any will to spend much time. That's why the highlights are way cruder than those on the rest of the group and why I didn't try to make them any better than this. I find they're more than OK as is as their main purpose will be in game when the others are better sculpts and will always be cool for more scenarised shots and all. 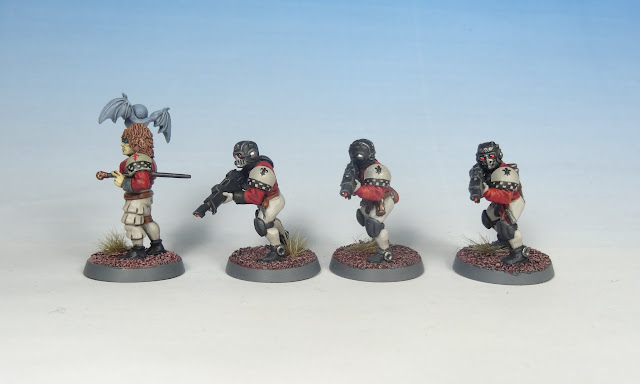 That brings the total of models for this gang to 8 and I still have one model to add though I'm not sure I want to add it, now I'm seeing the group as it is... I'll paint it anyway (it's half done) and will see where it goes... 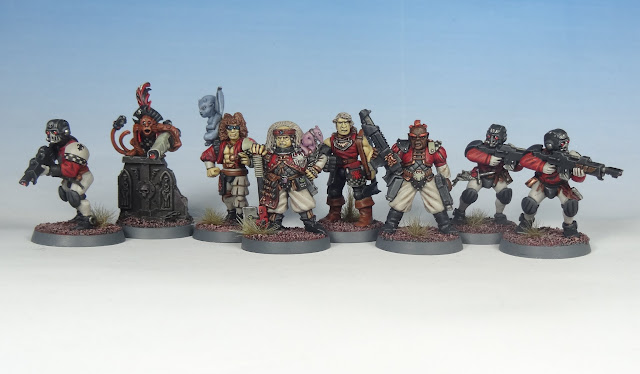 I'll determine the winner of my little give-away this WE I think as I've gathered 25 ideas (just like last year).
Then I'll have plenty of cool projects, I just don't know in what order to take them. I'll just listen to what the models tell me and we'll figure out something I guess !
Publié par Asslessman