Working on various stuff at the moment I feel like having some breaks sometimes. An what do I do when I want to have a break from painting? I do some modeling, MWAHAHA.

Some quality TV time with my wife has got me the perfect occasion to do some sculpting on the lads below. While watching "the Hunger Games" I tried to unite a few concepts in one : 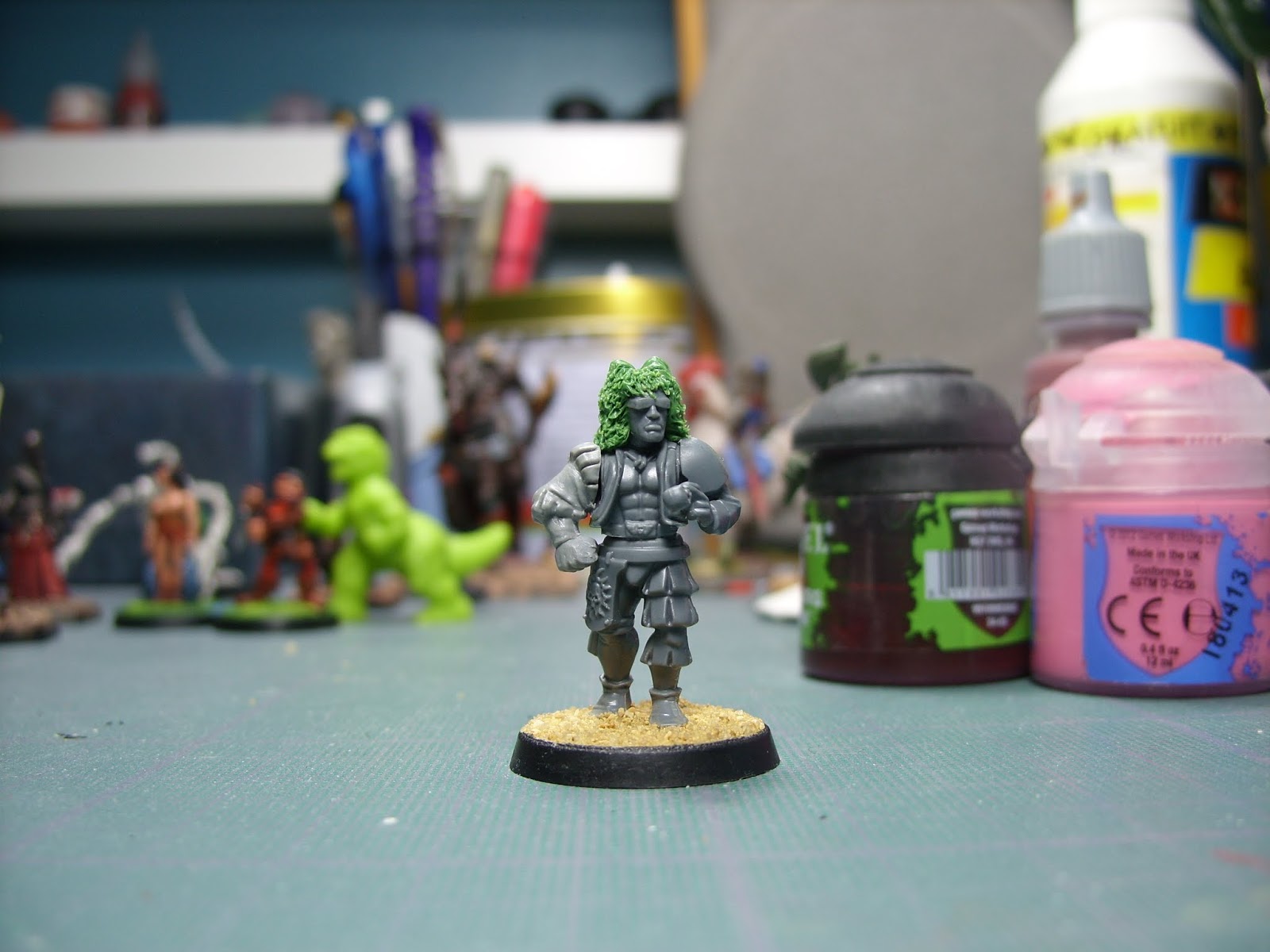 You may not really see the concepts in this so here are a few hints :

a little bit of him :

a little bit of them :

an all of this to catch a bit of what I saw in this gorgeous drawing by John Blanche : 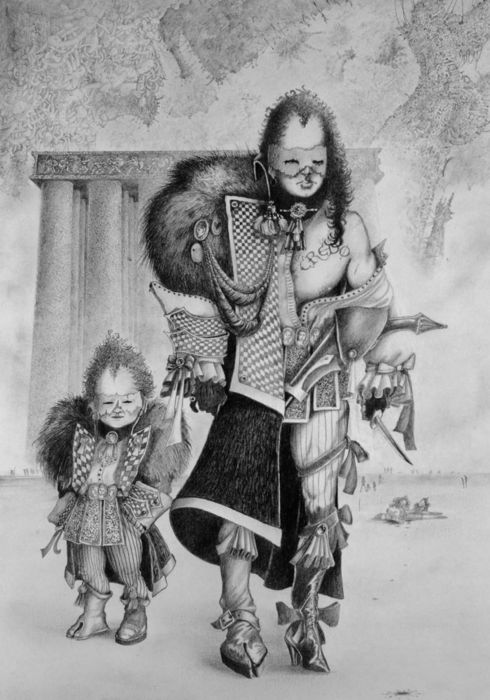 Of course the model is not meant one second to be a copy of the drawing, the aim was just to find an easy way to build a character with the same kind of attitude and feeling. The painting will greatly help me here and I will explore some things I've left aside for now.

You may have noticed the model above doesn't have any weapon. I believe his abilities are in commanding and ordering around so he definitely needs a reliable henchman. Speaking of which here he is :

Well equiped, muscular but with a touch of pathetic elegance. I will try to make him look like a hardened veteran who has earned his nobility in warfare.

While the camera was out, I wanted to show pictures of models I received from a friend on the oldhammer forum :

I just love the nobility of this model, the neck is a bit too long if you're a bit picky on details but I find it gives a great panache to this model. The paintjob is really nice though the pics won't show, the side of the base displays some water to remind where the fish comes from and the skintone is absolutely right and well done.

This one is also a really good one, the rogue has particularly mischievous look thanks to the painter's clever idea to give him green eyes. I'm looking forward to finish some of my fantasy adventurers to get them in some game ir at least in some nice scenery.

Let me just thank him, (you know who you are) and express how great it is to have such a community around.

Next one is a little toy I found in a toy box. You may have collected the likes of him in your youth. It is a monster from the "monster in my pocket" range. I was really kin on those an one cosmix too.

These seem to be valued as fondly as old lead models are. If I wasn't already head deep in the lead collection, I could definitely see myself collecting those :

Mine is number 6 in the top right corner. He has a "25" tattooed on the leg like all of them. I I remmeber correctly, they all had such nubrs to show their "level" and I believe 25 was quite good :

If you're wondering why on earth I would want to paint someting like this, well just think about the good peplum movie taste it could bring in a rogue trader game, think about :

or if you're more on british comics :
See? these are my little hobby holidays, I just spend a couple of hours tops on this and now I feel better and ready to nail whole units...

Oh and here's one for the road, it's an old one I rebased some time ago. When I got it, I didn't know what it was and therefore didn't know he was supposed to be an orc (didn't even know it was a Nick Lund miniature then) : 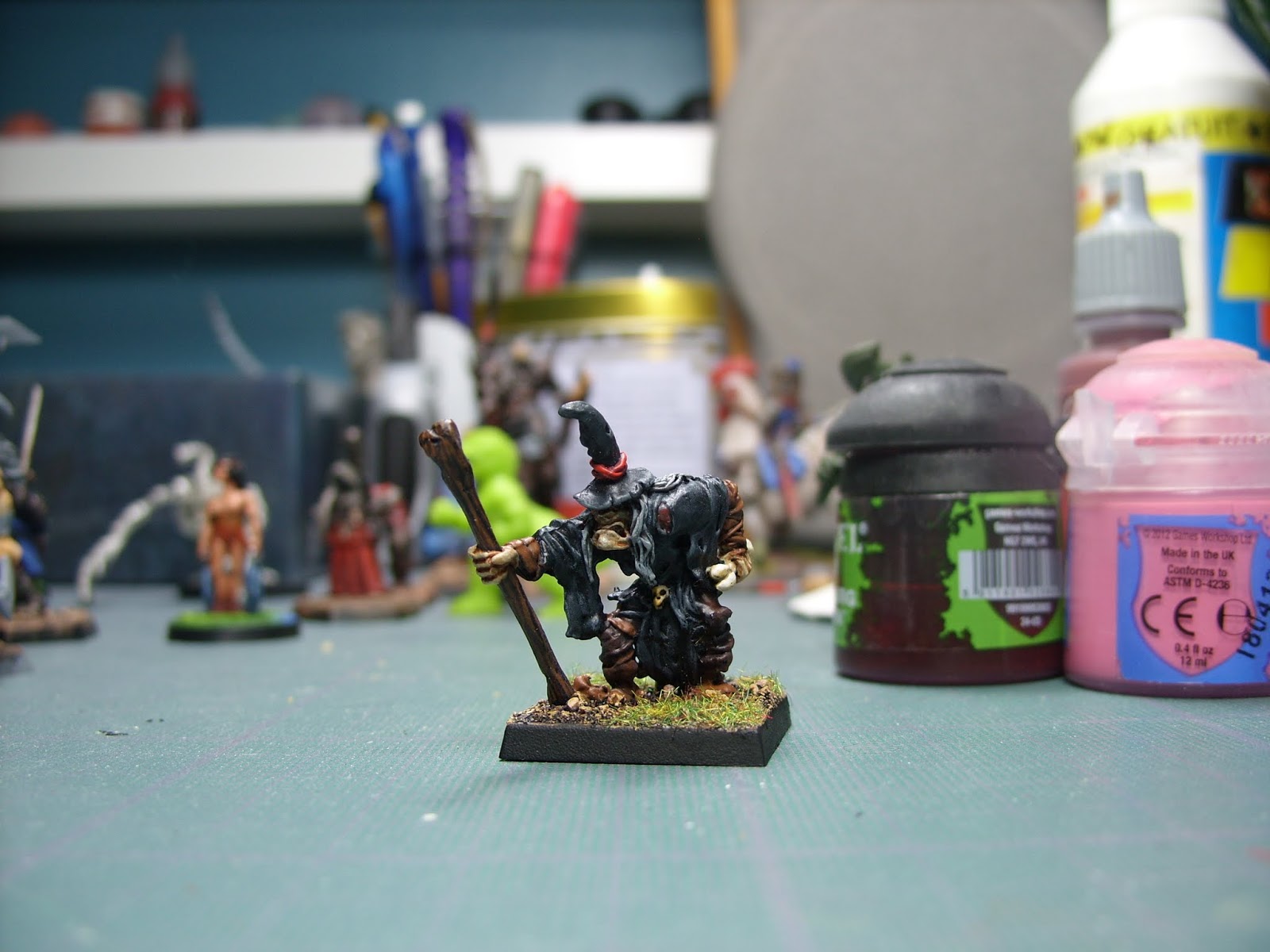 Here is what I missed :

At least we can agree it is quite a unusual paint job right?