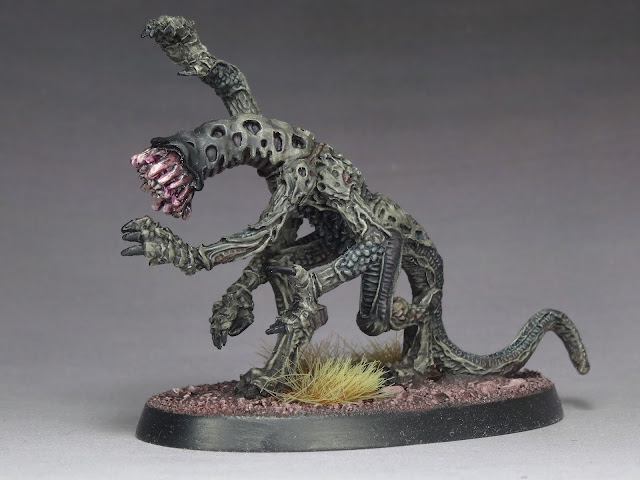 Hey all, now what would be the most iconic monster of the 40k universe ? Well I bet the genestealer will end on the podium right ?
Now of course you probably know how I like to take the most obscure angle on a concept so when I got the chance to get my hands on an Ymgral Genestealer fan sculpt, well there was no real thinking process, just an instant urge to paint one !
Now if you're not familiar with the Ymgarl genestealer, it's simply the original genestealer from the Rogue Trader book that was simply called genestealer then but described as coming from the moons of Ymgarl.
This guy is a clear offspring of its time with the heavy Alien influence with added Cthulhu sauce added on top. So while the description mentions it's blue, I wanted to go for something organice and a bit nauseating, something that looks like a guy with rubber suit channeling Alien, real leeeces and the cosmic horror of Lovecraft's lore.
That means I wored from a wraithbone undercoat (contrast primer) and worked my way yp with glazes and washes to achieve the effect I wanted, that provides slight colour variations I found intersting given the size of the model.
Oh and of course my good friend Jon had already painted hi before anyone else and had forced me to come up with something different than his fantastic version :

Now that's quite a huge model so I based mine on an oval base to have as little of the model coming out of the base. 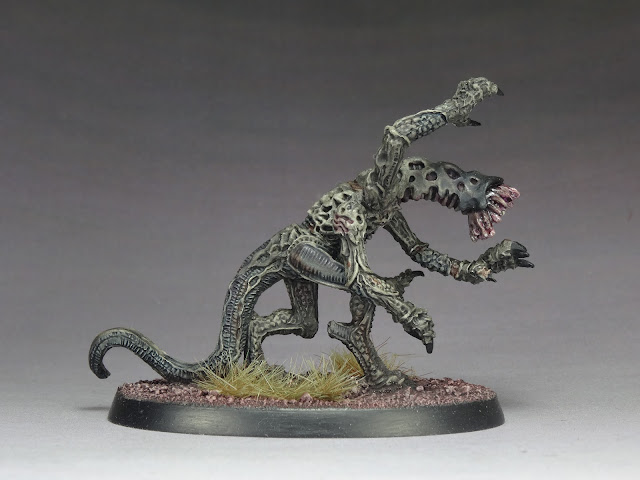 I have to say I'm very eager to have this baby chasing characters in the depths of the underhive or any space hulk, he has that end stage boss quality I reckon ! 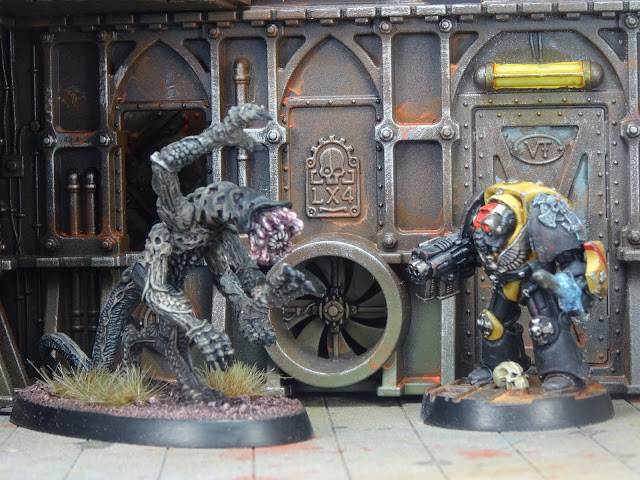