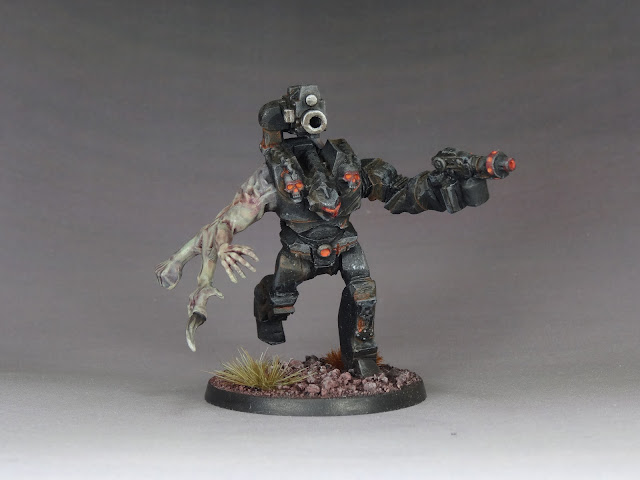 So, robots...
Robots are extremely cool period. Chaos is extremely cool as well period. Now Chaos robots are bound to be just super duper cool right ? Well they are.
See, I've had this Colossus wreck in the leadpile for ages and it was so damaged I just figured I could try and hack it to repose it with little risk.
Many will remember the "special" alternative  AI programming rules for robots but I have to say I loved the many styles of them :

Now of course, the Colossus is extremely familiar to those who love the ABC warriors and their leader Hammerstein with his trademark hammer for hand : 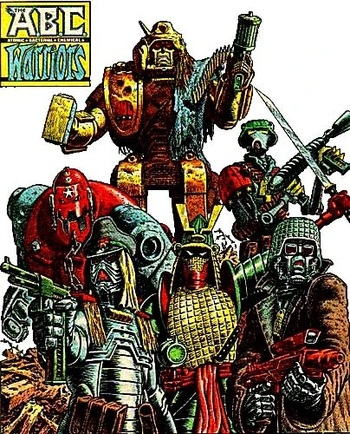 Thing is though, I somehow lost tha hammer hand. And it looks silly let's face it, no elbow or anything ? Really ?
Anyway I need my robot to feel corrupted so I tought some organic arm sprouting out of its shoulder would look cool and somehow reminiscent of something I LOVE (like Gooseflesh inducingly good :

So that's what I came up with : 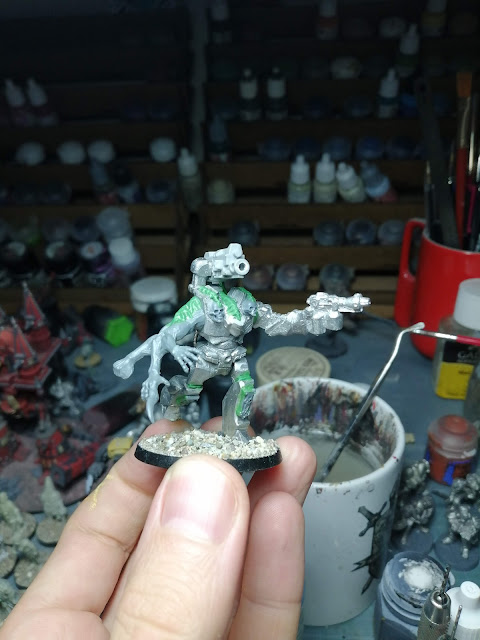 The bloter is a modern era version for the simple reason I didn't have any other togive him, I felt like connecting teh weapon to the frame with a sick organic intestin would convey the sense of fresh corruption I was after : 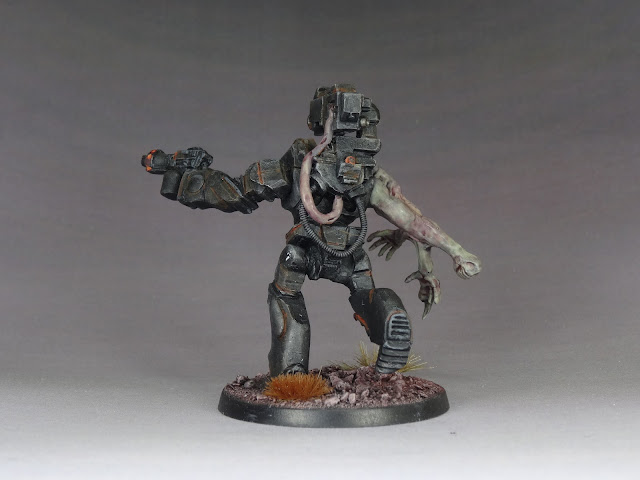 In my quest to cover as many entries for this army little force (I don't do armies you know), I'm quite chuffed to have this one covered, this makes the need of a few techmarines even greater now but evrything in its own time I guess ! 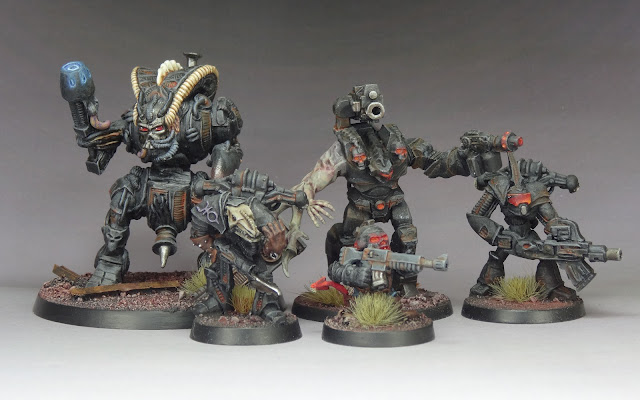