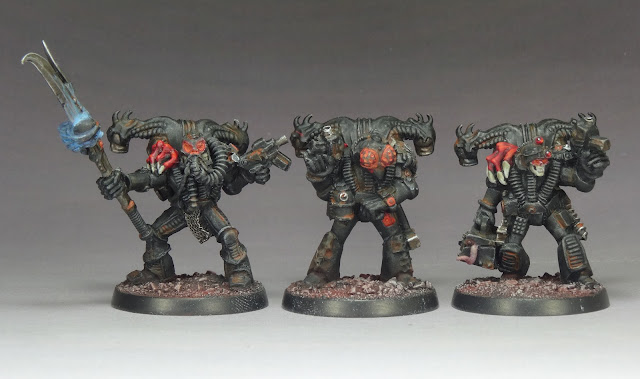 So little time ago, I felt the urge to get rid of a robot conversion that had been wandering on my table for waaaay too long. Little time after that , That damned Nico came up with some amazing renegade conversions that left me unable not to get back onto my own renegades.
Thing is, I've had a group of techmarines planned for a while for this arm force (not doing an army) since I have plenty of vehicles and some more troops requiring some.

So I quickly took them out, foolishly forgetting one in the box (yes I should have painted 4 actually) and converted them a bit to make them look suitably chaotic. I didn't want to alter them too much to keep the tech identity.

To make them stand as techmarines, I decided to paint the mechanicus hand in a demonic bright red (still unsure about what this symbol means tbh) : 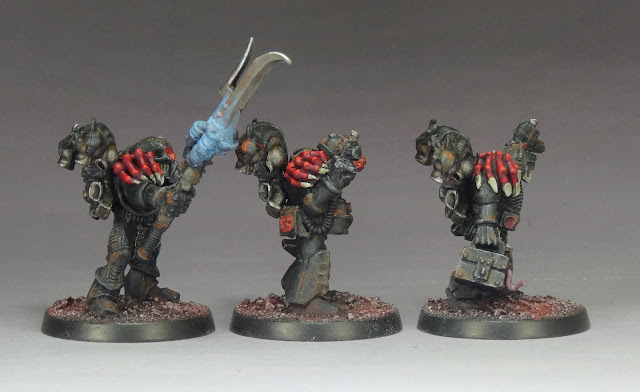 The realms of chaos books have this thing about each force having at least as many techmarines as vehicles (and you can only get a D6 of the former), so I would need quite a few to begin with.
Now you must have realised one of the guys is a little different. First, he's basd on a mounted techmarine torso with renegade legs and headswap (with a space jockey looking head I realised aftewards) and he's sporting a special weapon. 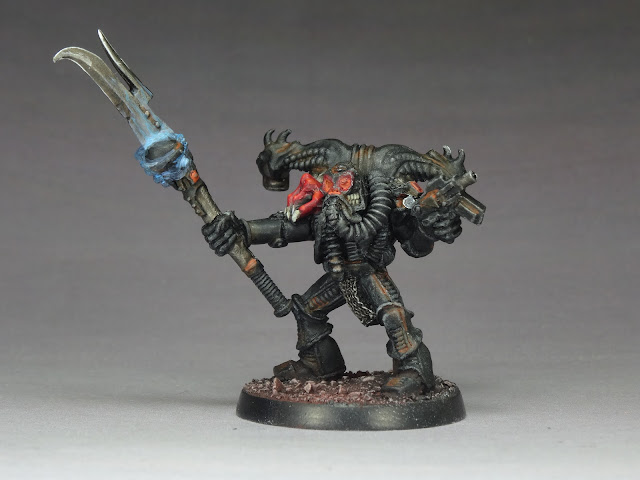 Now why is he sporting this ? Well I wanted spawns  and bestmen and guess what ?

That's right, both require a techmarine to look after them ! I think at this point, you'd probably need half the marines to be techmarines to handle everyone... but look they all have a special sort of cattle pod :

So here you go, I had to have at least one of the techmarines displaying a spwn goad to lead their flock to battle !
Publié par Asslessman