Halo Troynib - Life of a mutant in the underhive OK, so like always, when you have a deadline, you always believe you have plenty of time just to realise 2 days before you don't. ALWAYS. 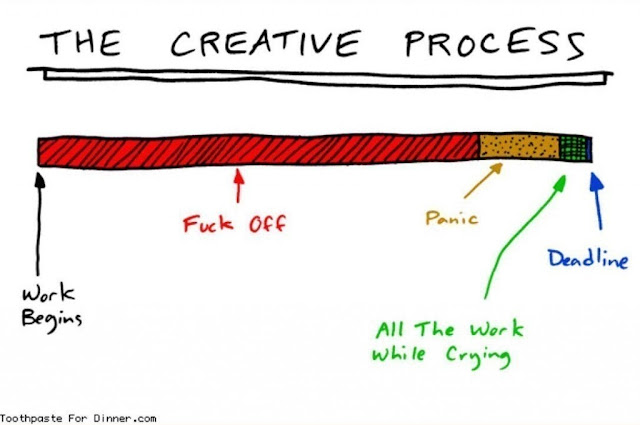 This time, there was a modeling challenge on the Emporium FB page and though I really considered giving up, the idea to get my model judged by Andy Chambers was too exciting to falter.

The idea of the challenge is to get a mutant converted and painted so that meant I had to determine mutations. I actually had the idea before so like any oldschool player, I just went and picked the mutation that suited the model best.

We'll all agree it's not exactly her gaze that's hypnotic but I couldn't get past this reference to one iconic movie (I hope I don't have to remind you about Total Recall) : 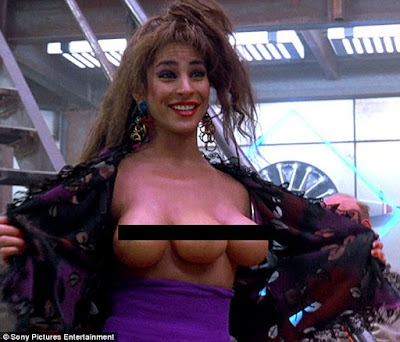 Now all I needed to recreate this golden piece of oldschool sci-fi was a chaos Blood Bowl cheerleader and her High elf counterpart, using the torso of the former atop the legs of the latter. Add a converted head and arms and here you are ! 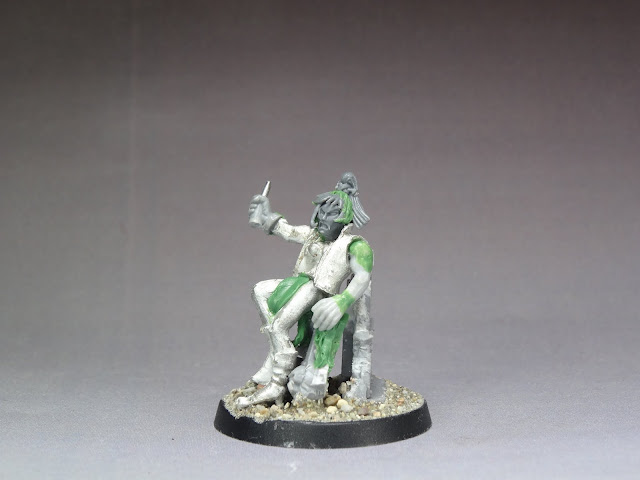 Just to give her more character, I also gave her a can of Spook, the iconic 40k version of Soylent Green all the underhive craves for. 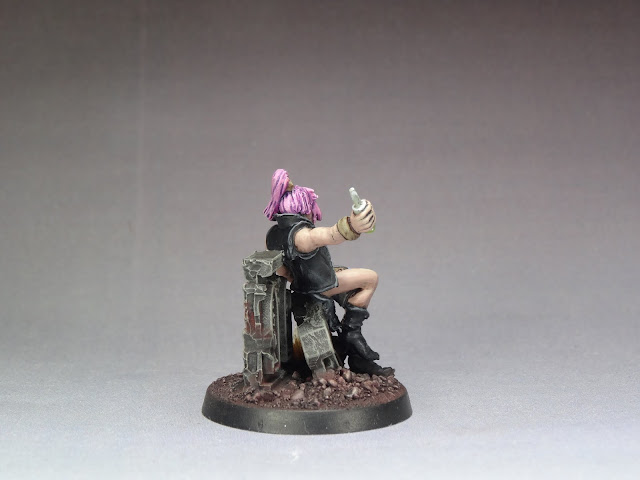 "Halo Troynib has had to cope with a lot in her life. Being born from an eldar father and human mother and raised in the toxic wastes of the Red Zone being just the frame of it. While many of her companions were disfigured and left with horrible mutations, Halo, probably saved by her eldar genes, "only" had to suffer from an extra breast which although unpleasant for a lot of aspects has earnt her the ability to play on people's (mostly males) weaknesses.
A strong character, eager for fights and anything that's gonna earn her the cash or Spook she needs, she's as unique as any of the underhivers." 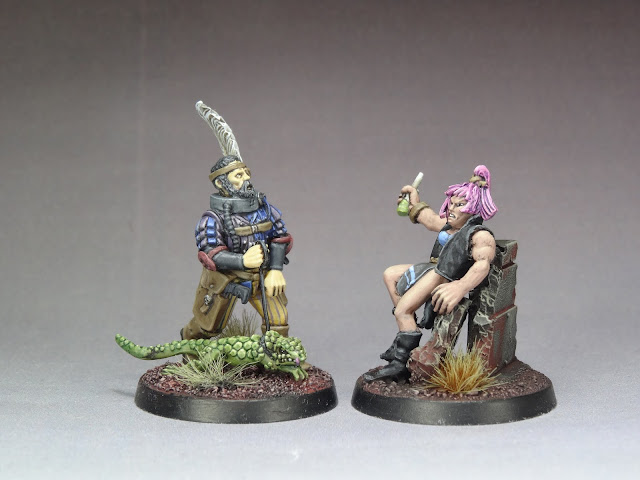