Today's model is not particularly old for a change but it is one I've found attractive (from a modelling point of view mind you) since its release.

Since I got back to Rogue trader, I actually haven't painted a rogue trader so far. I know starting with an inquisitor figure may seem odd but what I love about Rogue Traders in this game is that they are highly eccentric individuals that are commissioned to accomplish plenty of mission for the Imperium (meaning they come in all sorts of styles and genres). 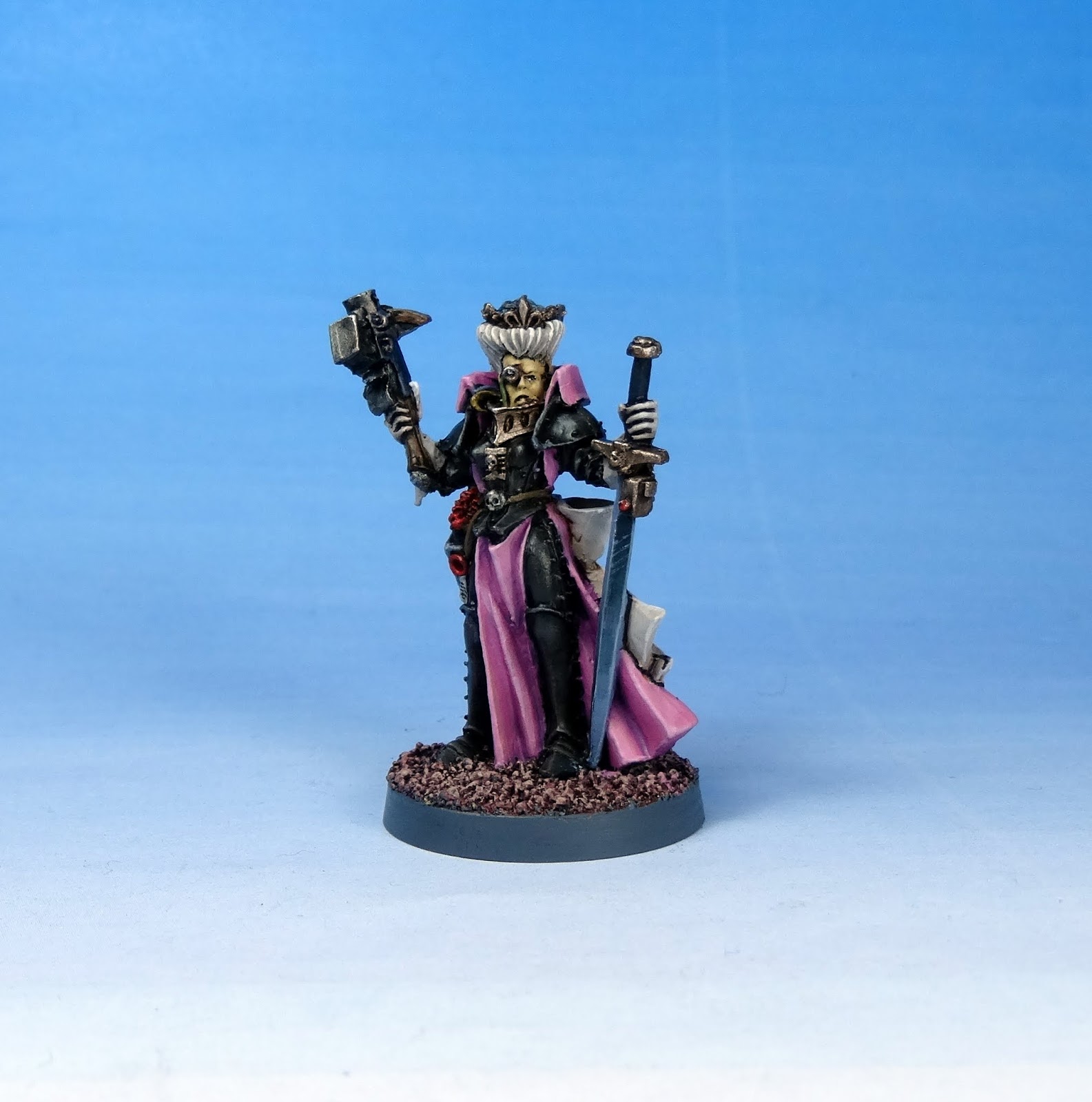 I chose this model because I really like the nobility of it and it's exactly that point that makes it a good Rogue Trader for me. Camilla Weis (that's her name) was born with a golden spoon in her mouth and she decided early in her priviliged life to fight boredom by visting remote places in the Galaxy. Her noble standard and relations even got her to be paid and commisionned by the Imperial authorities for it. She has somehow built a contract with inquisitorial authorities thanks to her mutation free genes (Thanks to living in a friendly environment) and she usually explore new planets or inspect known ones and then reports on potential chaotic threats so that the inquisition can decide to send proper inquisitors or not, depending on the reports (That would make her an external auditioner in today's sordid society).

But what are Rogue traders?

The Book of the Astronomican provides some very funny examples of Rogue traders illustrated by the excellent Ian Miller who introduces a good deal of Grim darkness on top of the tongue in cheek description of these individuals : 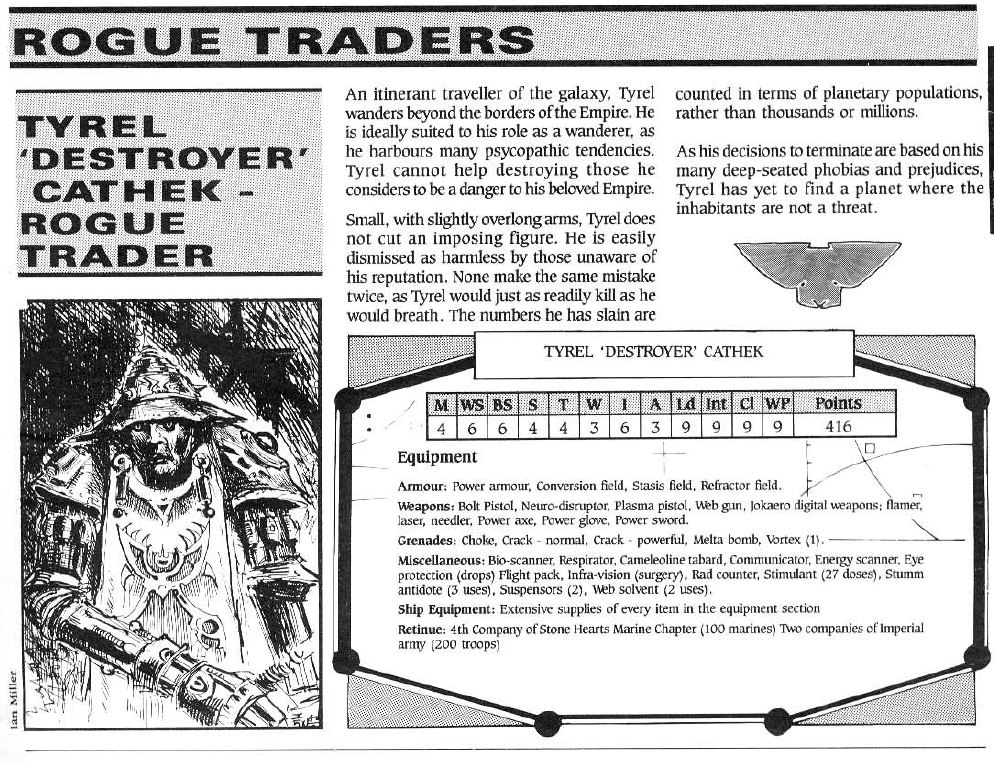 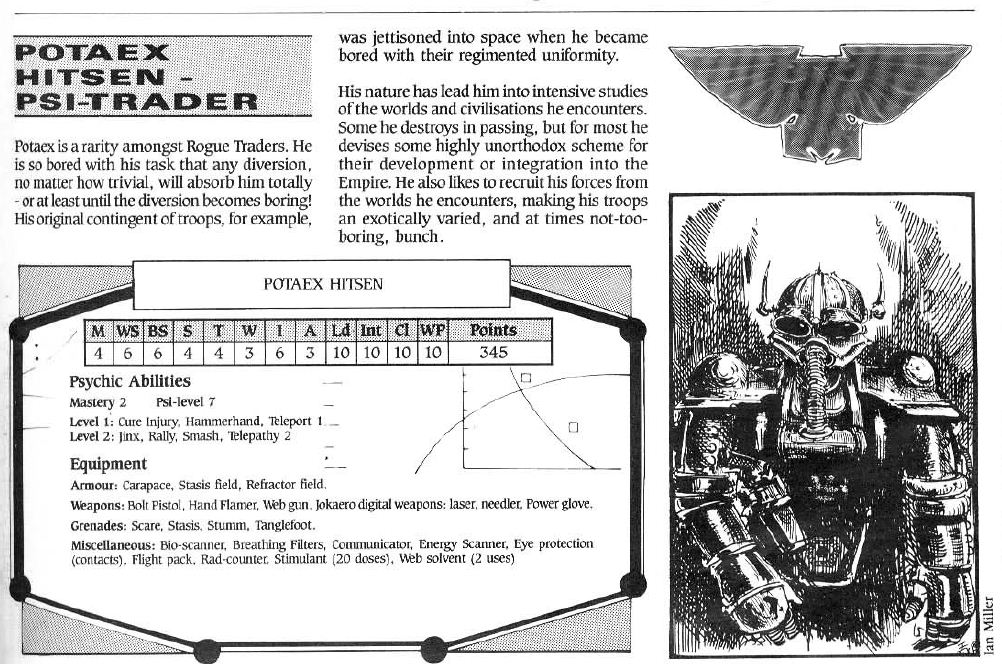 And you can see style wise you can really go to town with those :

Painting wise I had no real hoice for Camilla, as soon as the model hit the table, my 4 years old daughter immediately realised she was a girl and THEREFORE had to be painted in pink. After some heated discussions we came to an agreement that I could paint her armour black and give her a pink robe (that was tough). 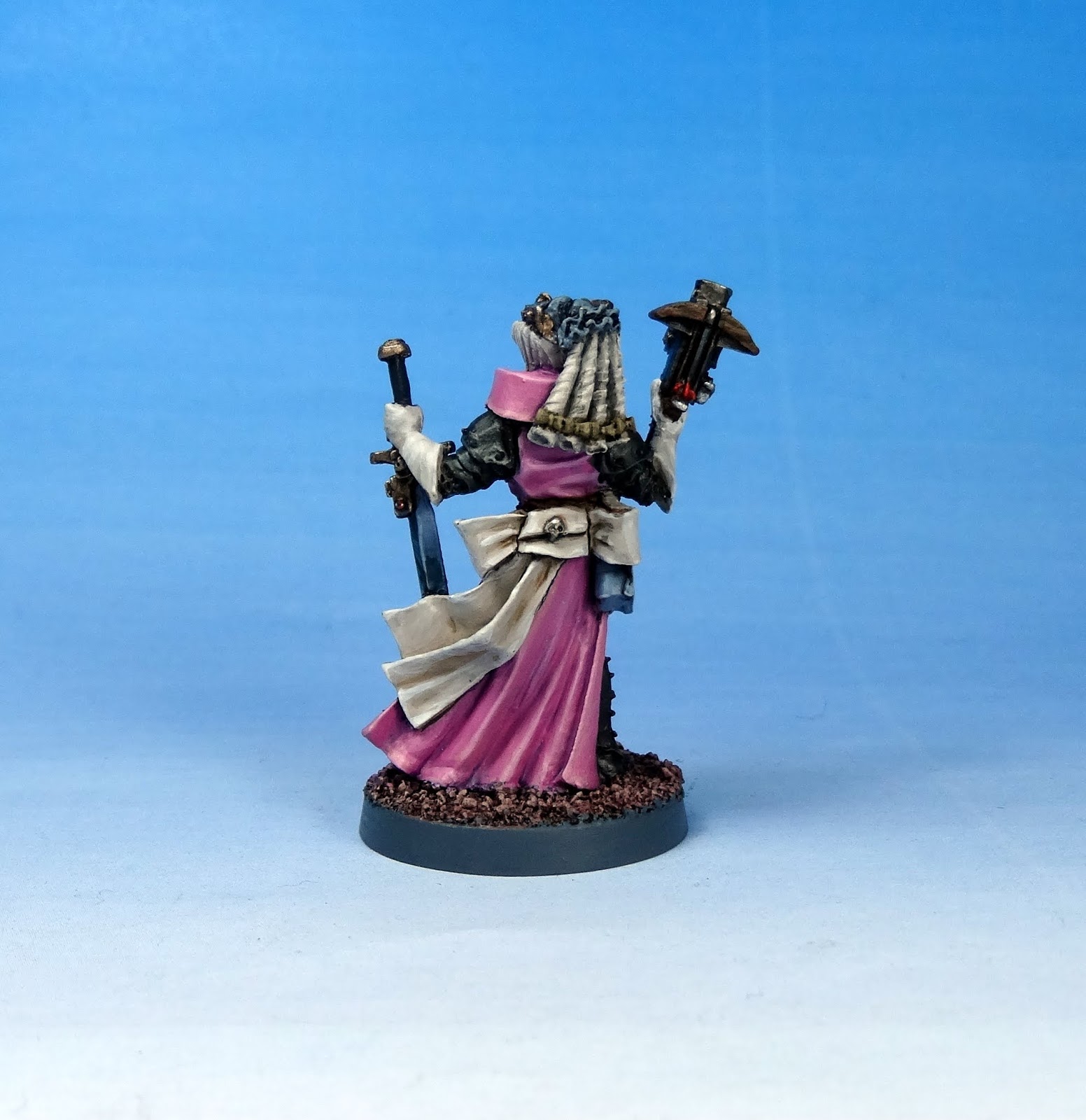 I have to say that I started this the VERY bad way and pink is definitely not a colour I'm familiar with... Thanks to some precious advice from talented painters I got out of my misery.
You can notice I tried something a little fancier than just boltgun metal + washes on the sword, it's inspired from NMM techniques but using blue tones to suggest some sort of energetic crystal. I'm not really convinced by it but I'd say it's neither really good nor really bad so that will do. 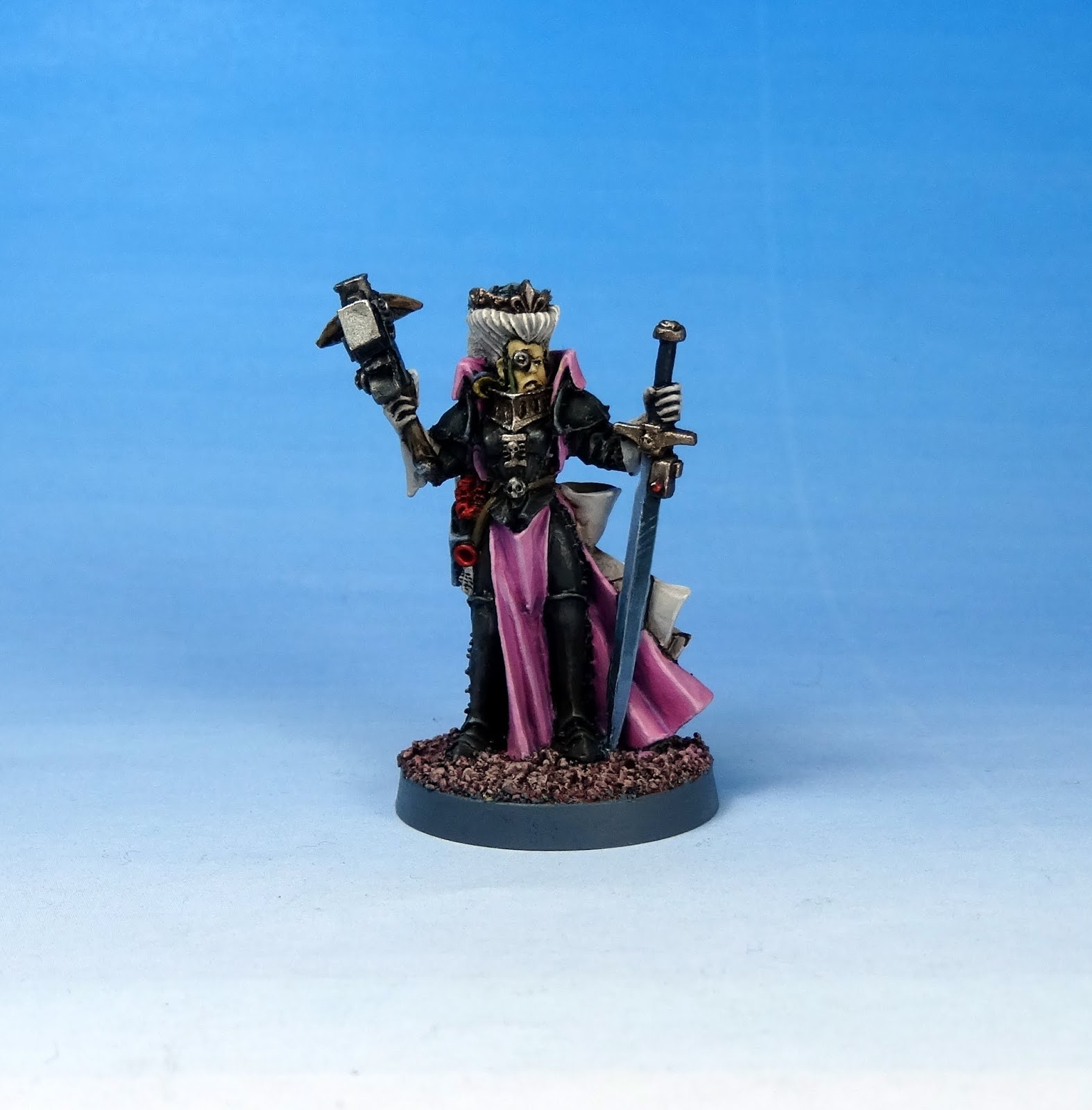 While I definitely want to give Camilla a small retinue, I believe I can take my time to think about who I want to join. For now, she has met some representatives of the Squat Heavy industrialist Union which she has hired for some scouting and surveying on planet Pom 13. There's a worm in that apple and she has to find it to make her report to the inquisition. Working with the inquisition is as rewarding as it isunforgiving, if she misses one stain of corruption she can be charged for even worse than the corrupted she's meant to find...

Anyway, with Camilla out of the painting range, I see a little clear sky ahead to start some cool projects and put an end to some very old and abandonned ones...

New things and Old things, that is what awaits you in these pages !
Publié par Asslessman