First, here is a song I like but with no connection whatsoever to this post apart from its name :


Don't try to find any link with anything below but I just posted it because I find it excellent and I do what I want.

Now, it IS business time because I'm back from Holiday and I can get back on the painting range to do my stuff. The room and the hobby area are tidy and everything is ready to spend some sweeet luvin' time with my little lead friends. 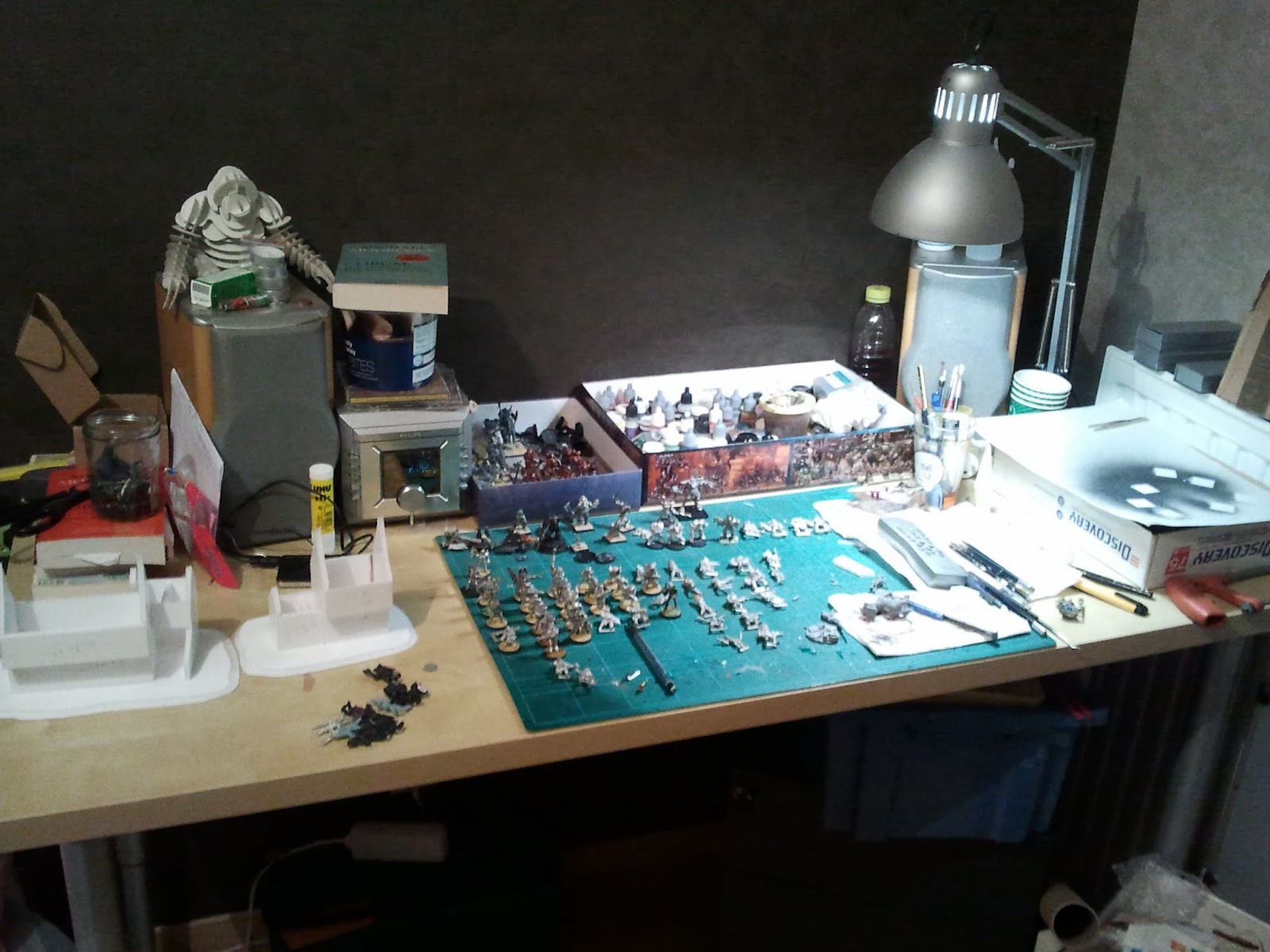 Having spent a small week in UK, I've been able to come back with some very good loot (no lead though, I'm afraid).
First I decided to get back to the basics and get my eyes on some Moorcock goodness. I have read some but in french and a long time ago. So this time I went for the english versions and I intend to read the whole "eternal champion" series before each model of the range. 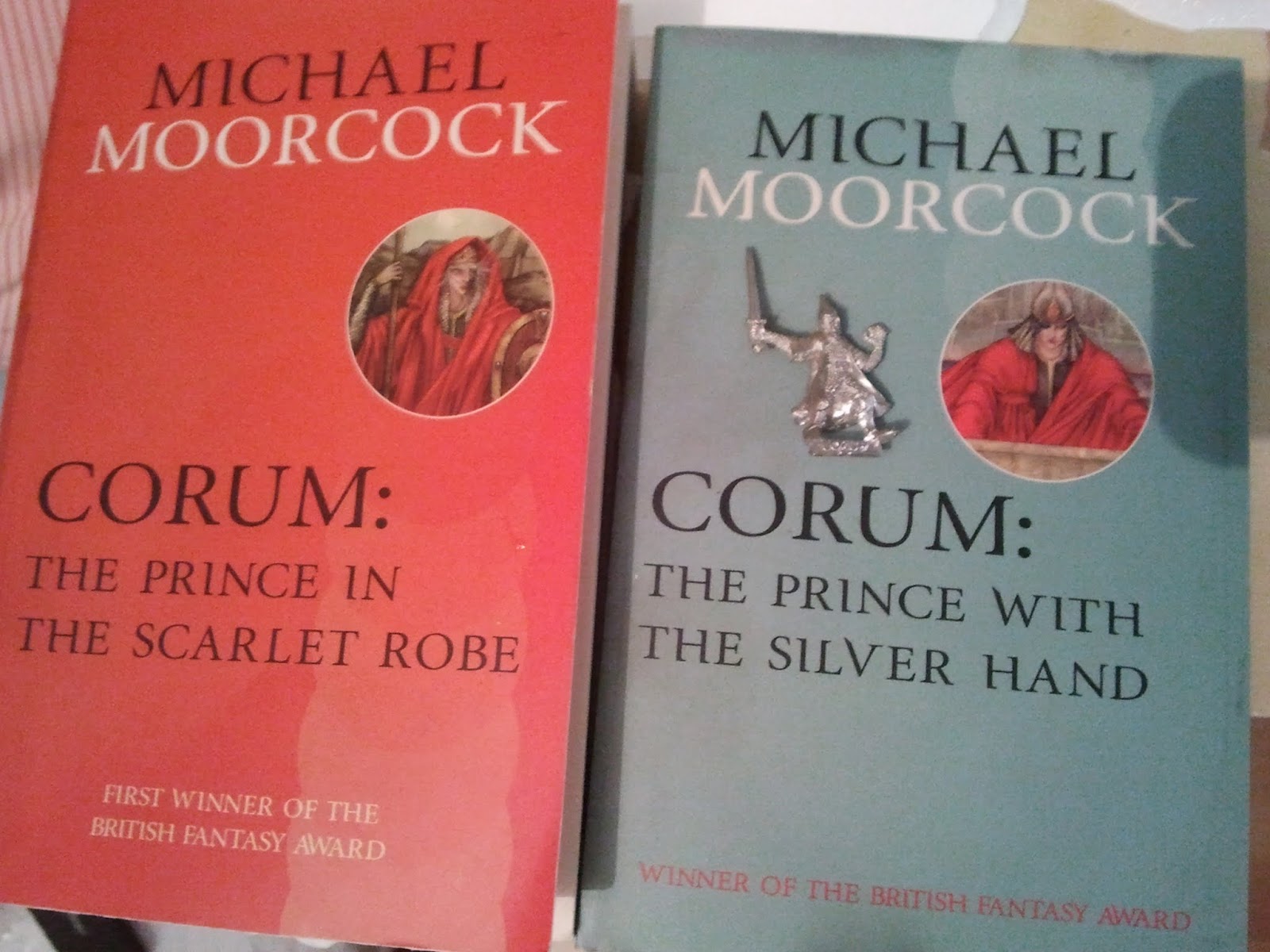 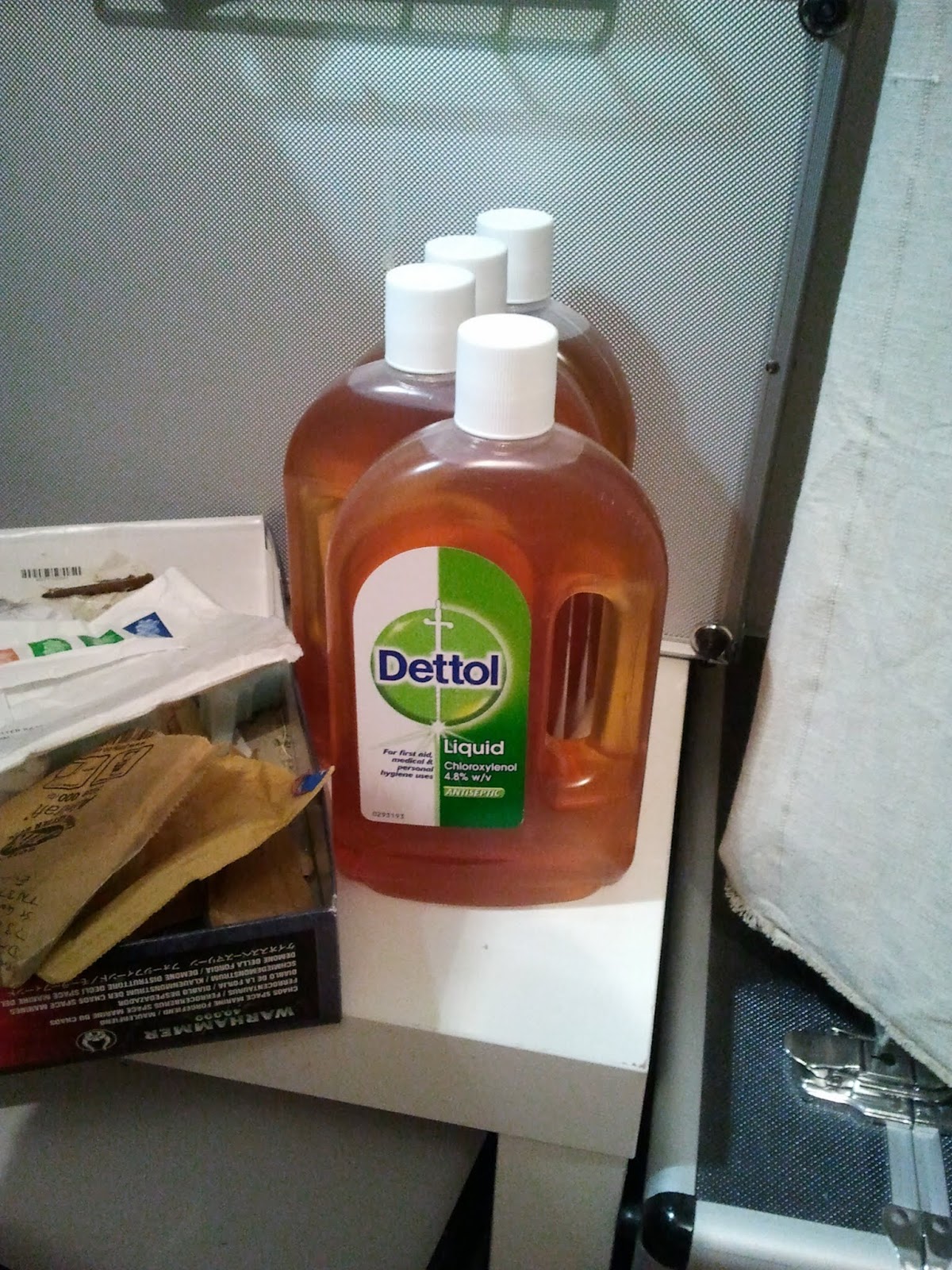 Another VERY essential loot was something some of you will consider laughable but I baught 3l of Dettol. I've hard such a hard times getting my hands on some in France that when I arrived in England, I immediatley rushed to the nearest Sainsbury's to buy 4 bottles (couldn't find huge ones). As I'm writing these lines the liquid is already working its magic on some old Chaos Marines backpacks and RT Imperial guard arms and lasguns...
This morning, I gave a look at the jam pot in which I poured everything and I almost had tears seeing the 6 layers of shitty paintjobs peeling off the plastic. Now I want to dettol every plastic mini I have. 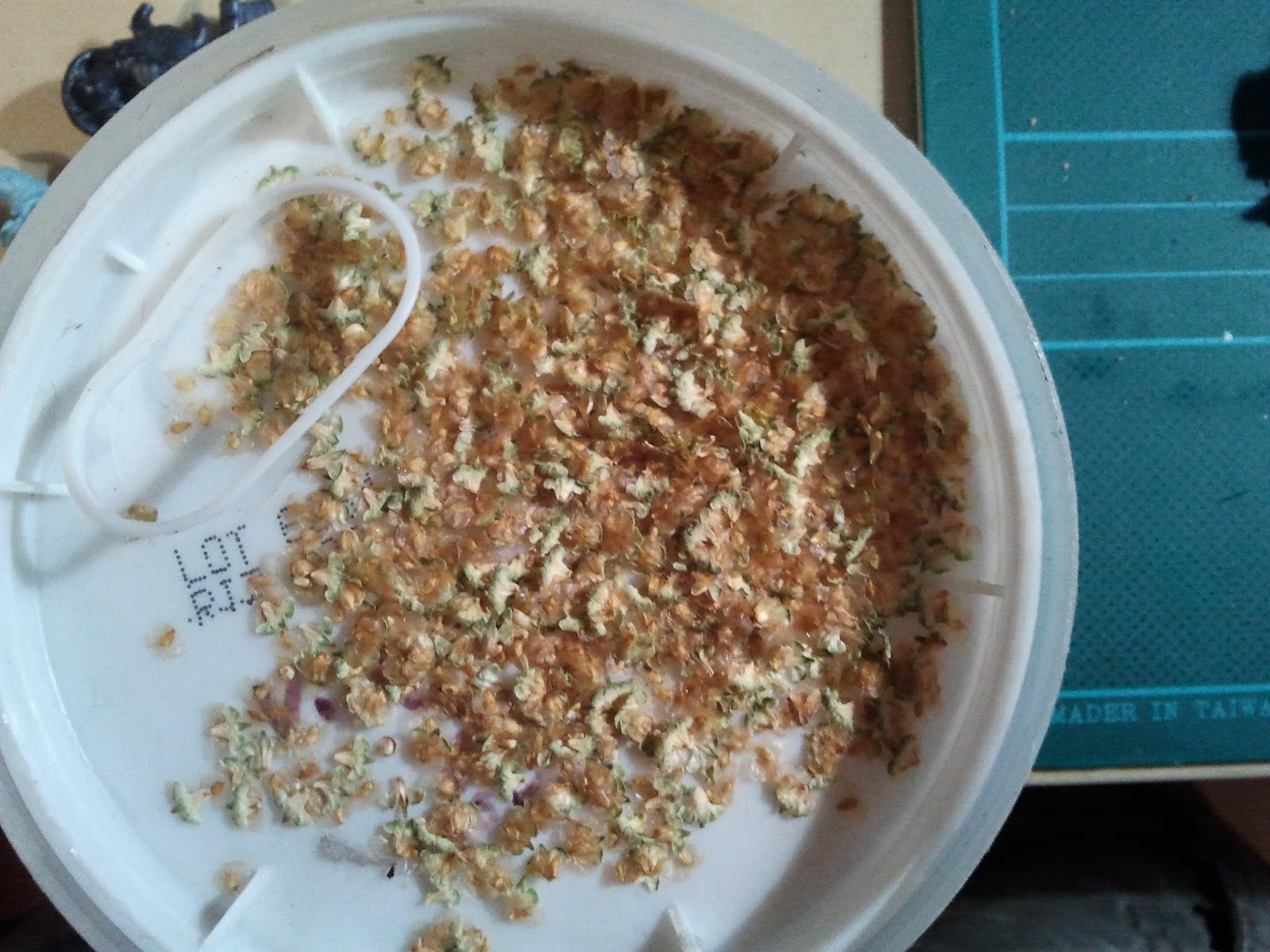 Another useful loot I've found (in France) is birch seeds. A fruit holds a truckload of seeds and therefore I have more than what I'll need. With the ground tea I found, this will help me build some very nice autumn bases for characters such as the eternal champions or any fantasy adventurer.

Now apart from that, I still have some Khorne champions to finish but this is heading the right way. The RT chaos marines should also receive the final touches needed with the proper varnish jobs before going all to the photo range I just built.

I took the time to glue my WHFB buildings form the White Dwarf before buying balsa wood and starting to do some timber work. 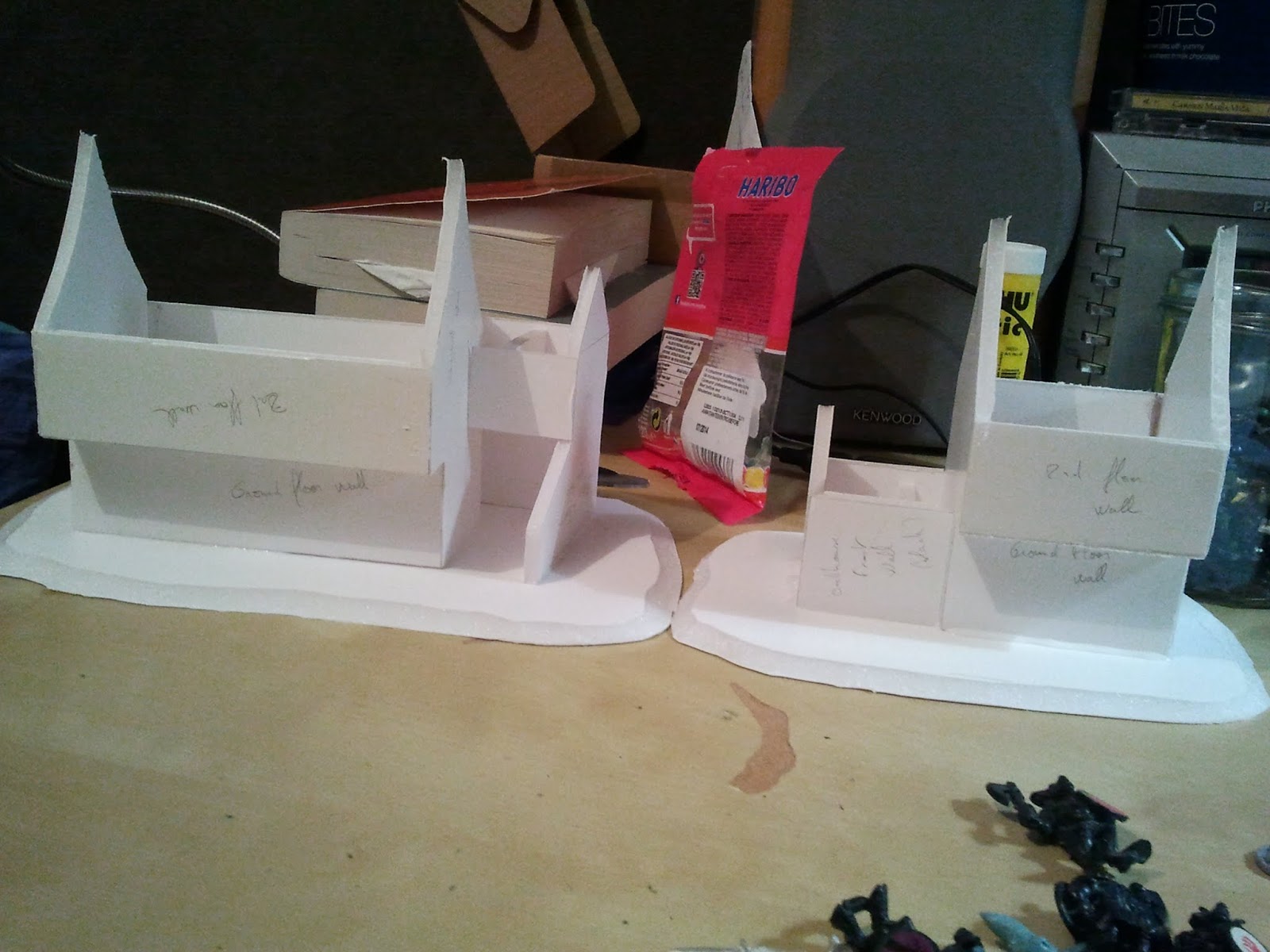 With all of this I also took some time to arrange and line up all the miniatures I've gathered for my confrontation/roleplay campaign. I've based most and I've divided them into groups, choosing a leader and a henchman for each team (following the conforntations rules)

- 1 team with a sensei leading a bunch of good lads (sort of robinhood of modern times)
- 1 team with a crazy arbites judge leading some nasty imperial guards and other tough guys
- 1 bounty hunter team
- 1 scavenger/mutants team
- 1 pirate team
- a bunch of imperial citizens with astropaths, techs,etc... to play some NPC's
- the start of a Bratt gang with necromunda van saar juves, they will represent inhabitants form the highest levels of the hive)
- a team of traders/merchants/prospectors
- plus a bunch of imperial toughnuts with an assassin, some inquisitors and cariatids...
- some eldar NPC's like a trader (female) and an exodite 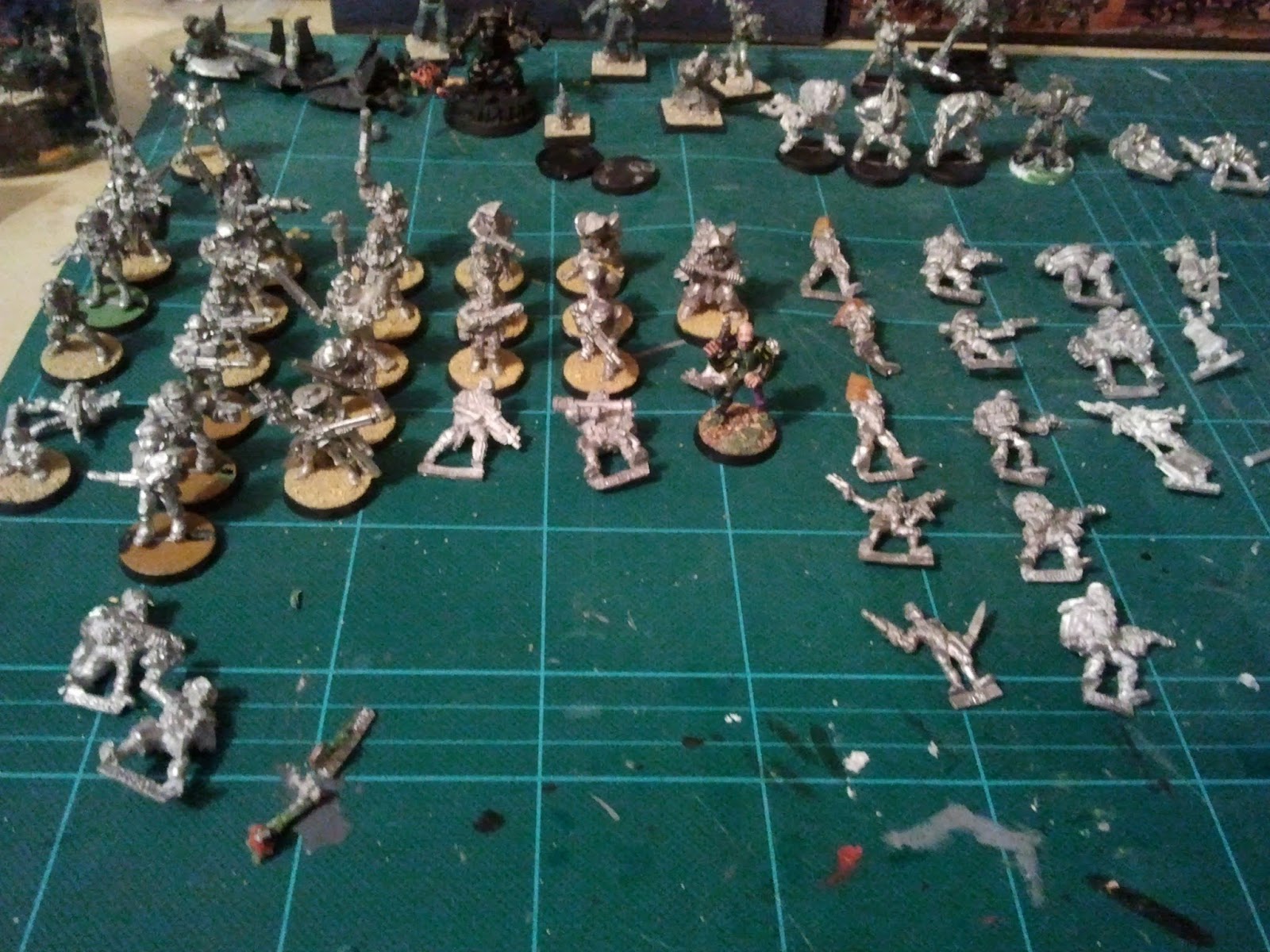 This project is far from its end but I already have some good story elements and some good teams with plenty of character. I'll present each team in its time with some background to have your opinion on them.


Now this post nears its end, I just wanted to show you a detail I had not seen before and though this is clearly no high level humour, I thought I had to show you what emerged of 10000 years in the eye of terror for some marines... 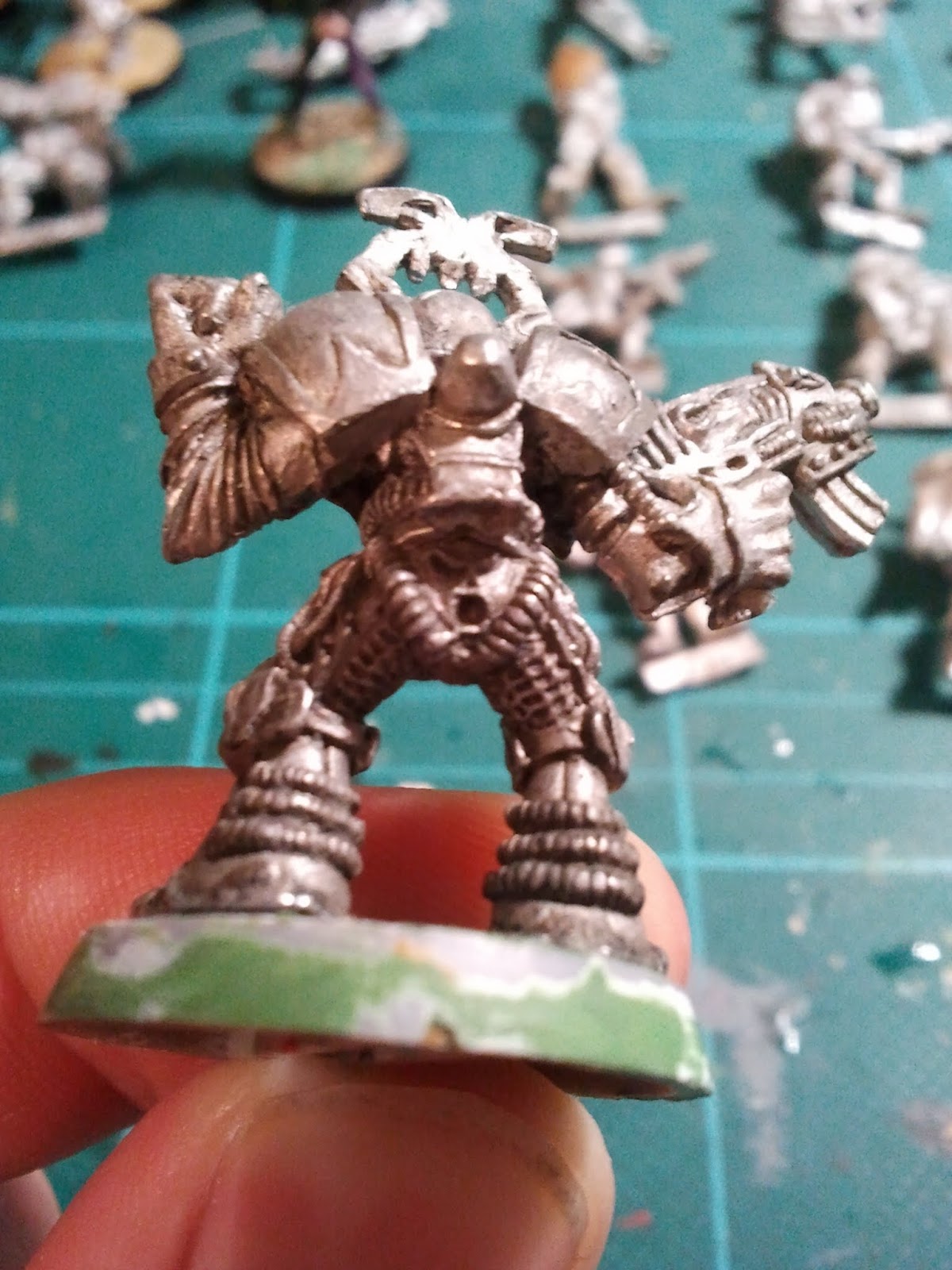