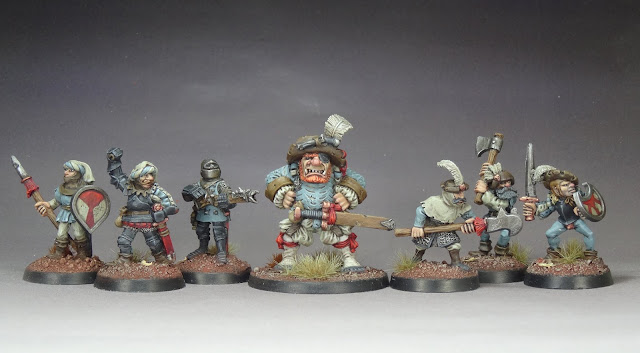 Alright, one project done ! After doing the first 6 members if this band in groups of 3 I thought I had the colour scheme well in hand to finish the last 7 in one go !
this takes me to a total of 13 (eeew scary...) and provides me with many options to grow the band throughout a campaign I hope.
I was quite happy to have these old fighters done since they were kind of an impulse purchase at BOYL to do a Mordheim band, it only took me 2 years to complete it after all !

I've written a list (somewhere, must find it)but I guess it's pretty clear who's who with the ow rankers being lightly equipped : 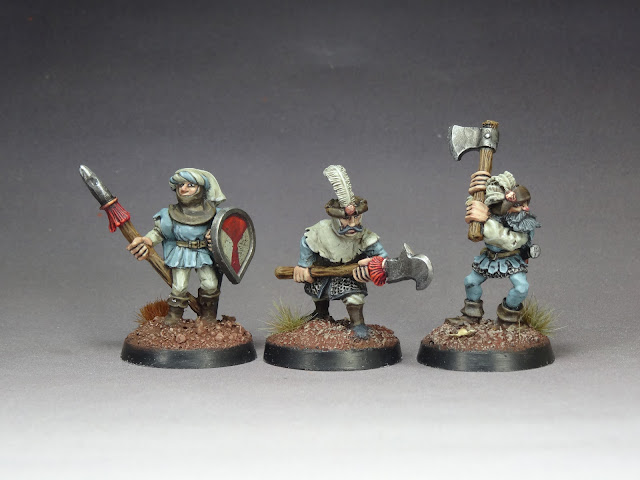 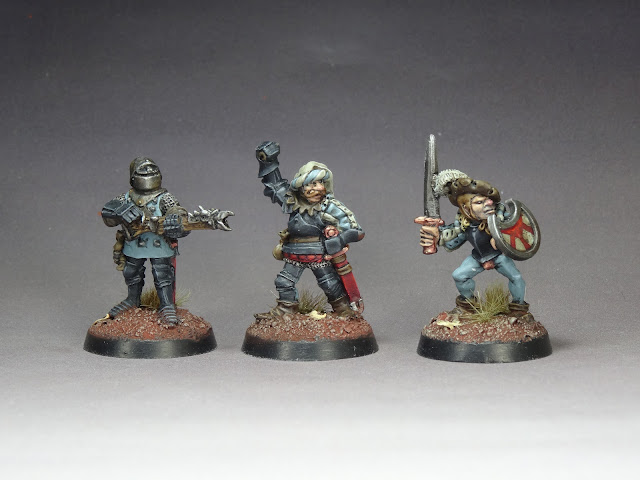 And the swag master himself ! This ogre was an absolute revelation, it's one of the greatest sculpts i've had in hand and although his left sleeve had some miscast issue he was absolutely fantastic, the details and everything clearly show a lot of love and attention went into it. 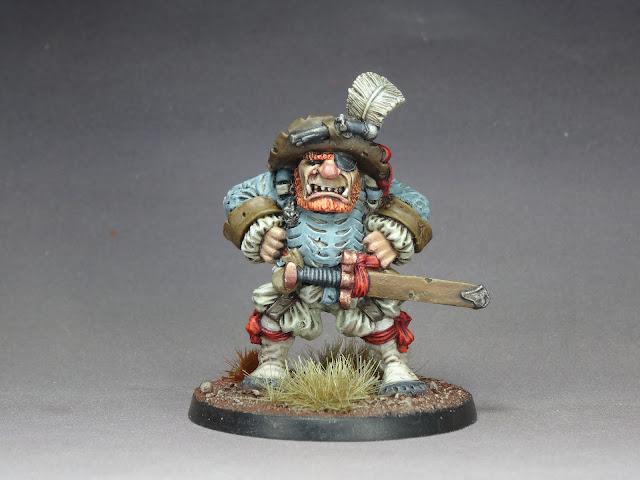 Now here's the complete gang ! I've tried to link several different models with different styles into a coherent group with a strong palette, the idea behind this was that mercenaries share colours and part of style but they don't earn the same and therefore don't have the same amount of wealth to display, It's a balance between having a strong visual unity and having clearly distinct individualities in the same band ! 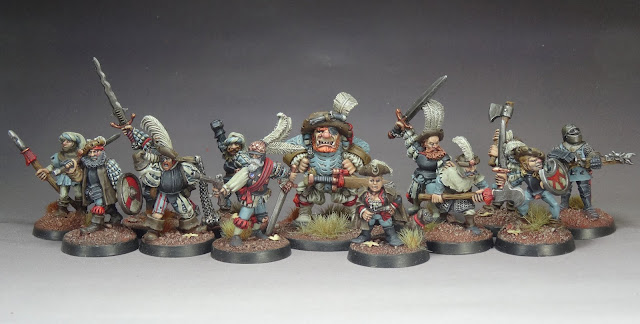 Anyway, I hope you folks make the best of that social distancing (if you happen to be in a place where it's a thing), lots of remote hugs to you all !
Publié par Asslessman