Death Eagles - Scythes of the Emperor 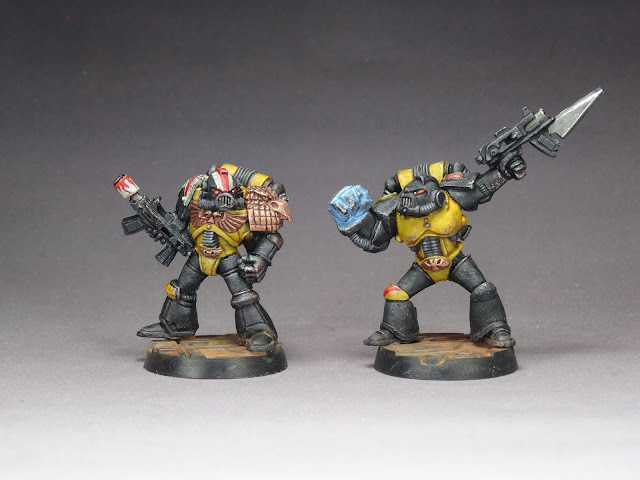 OK so recently I've had a huge interest because of my friend Curis's excellent marines and the relase of the 5th chapter of Astartes, now that meant I had an itch to paint some and the only way to scratch was to do these 2 Death eagles kindly donated by my friend Adrien.

Now of course I'm missing the third one with plasma gun : 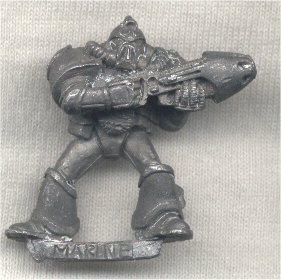 I didn't really have plans for those so I thougt the most obvious way to go was to make them scythes of the emperor to go with my terminators. 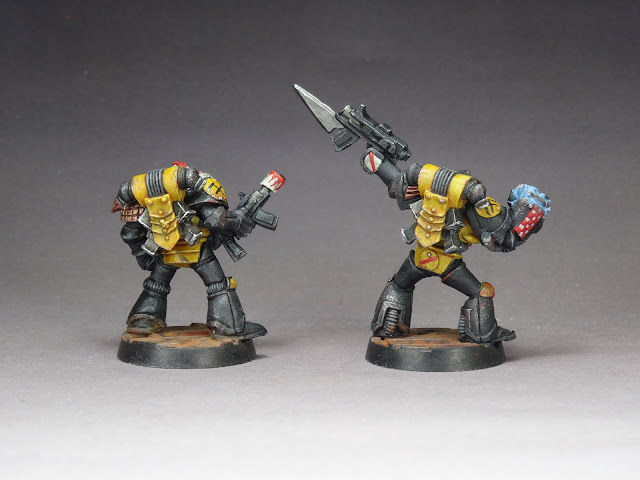 Since I'm a complete moron, I obviously forgot to check with the terminators nearby and when I reached the yellow parts, I decided it wasn't bright enough and glazed them a bit to boost them, only to realise I had decided not to do that on the terminators hence he annoying change of tone between the 2 (and I definitely prefer the yellow on the terminators).
But hey, they're painted and I'm pleased, this won't help me resist the will to paint a squad of scouts though... 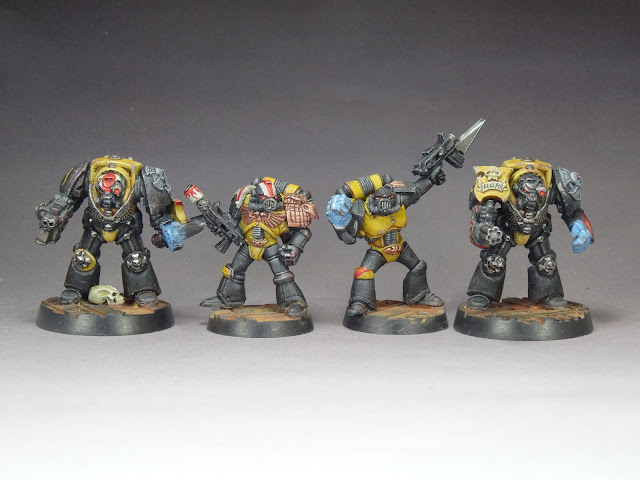 In the meantime, have fun asn stay safe all !
Publié par Asslessman