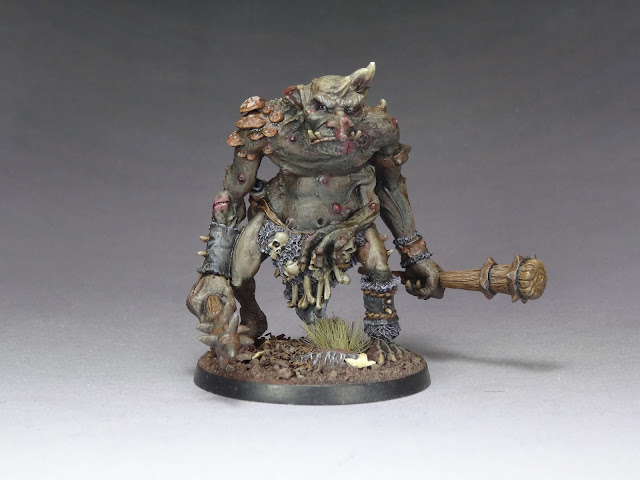 Hi everyone ! A little change this time and an unexpected one on top !
For some reason I found myself needing to paint a troll (to celebrate an event on a FB page full of them) and wondered which I could paint and if I had one at all ?
After a quick search I realized I actually had this gorgeous guy from the first Pantheon of Chaos Kickstarter : 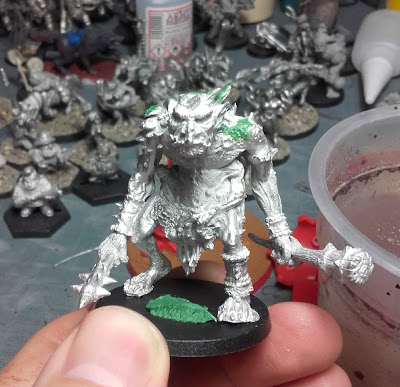 Now for some reason, looking at those vast areas of flesh, I didn't feel like painting the way I usually (mostly basecoat/wash/highlights/glazes) so this time I worked in an unusual way (for me).
I took advantage of the zenithal white prime over black to give the skin a light glaze of the skin colour and then worked with glazes and a few washes exclusively. 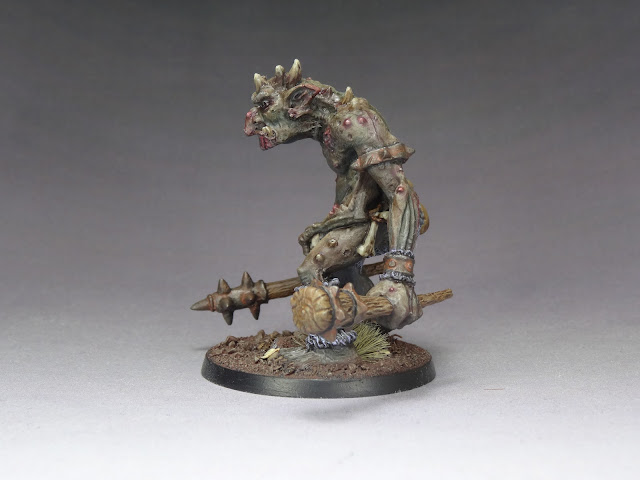 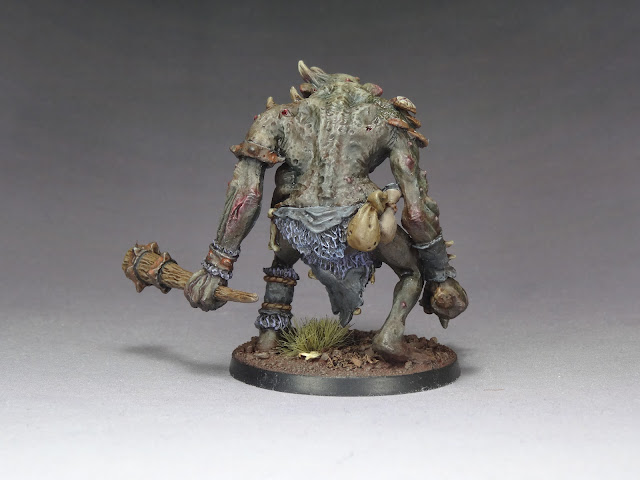 The base colour for the skin was a desaturated brown and I worked all the shadows with glazes of marine blue and the raised areas which would catch the light with a light orange : 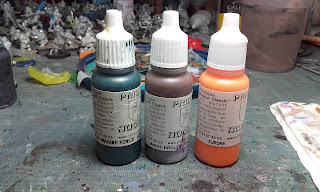 I then added some glazes in some strategic areas and then gave a very thin wash of sepia and brown (very diluted with medium). a few touch ups here and there for the highlights and here I was. Only the metallic areas were done the usual way with a metallic base coat, washes and bit more work. 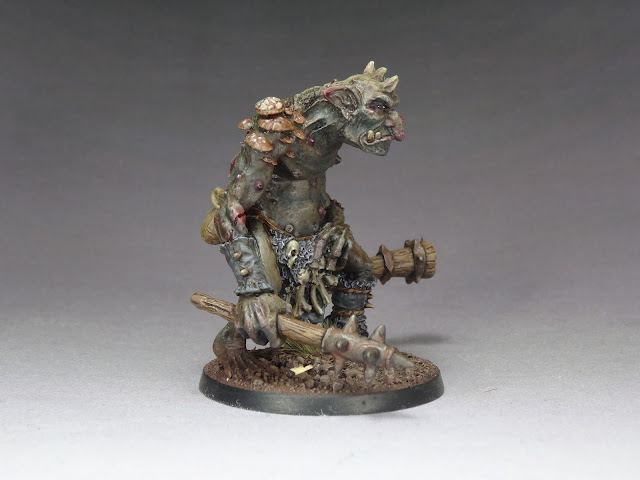 I have to say the photos don't show the nuances of the skin as much as I would like but I really did learn a lot in the process. I realise the constrast is rather poor with most parts quite dark since I mostly worked on desatured/saturated and cold/warm contrasts. that's something I'll have to keep in mind next time I work this way which I will without a doubt. 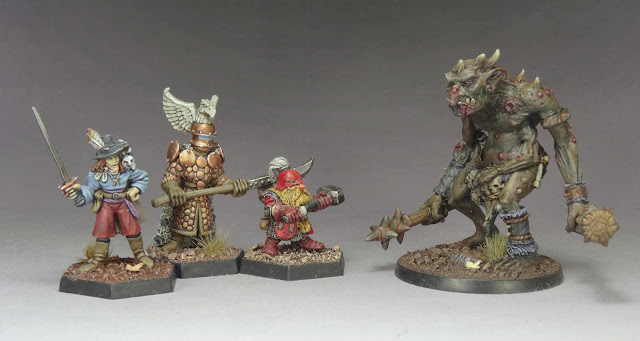 Overall, I didn't want this troll to be specifically chaotic but more a freak of nature so I tried to keep a Froudian palettea dn very autumnal colours (well, that's the season y'know). 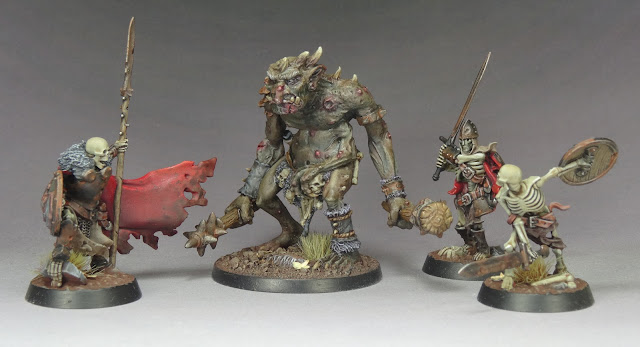 So what's coming next ? Well cool stuff of course ! Some I've been looking forward to for some time and some I didn't expect but I'll enjoy both without a doubt !