Papa was a rolling unclean one - Rogue trader Great Unclean One 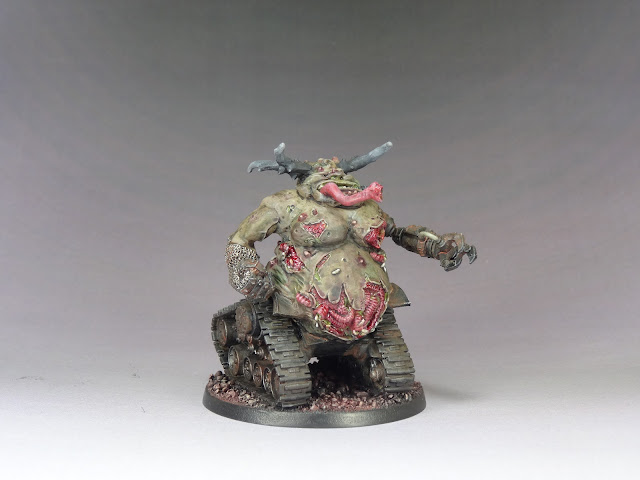 And just to finish this first tale of several gamers, here's a Greater demon of Nurgle with a Rogue Trader twist !
Having already painted a Bloodthirster and a Keeper of Secrets I still had 2 left to paint to complete my pantheon so I thought painting the fat papa would be cool to go with the palanquin I had just finished !

Like the others, the conversion was an old one don during holidays 2 years ago : 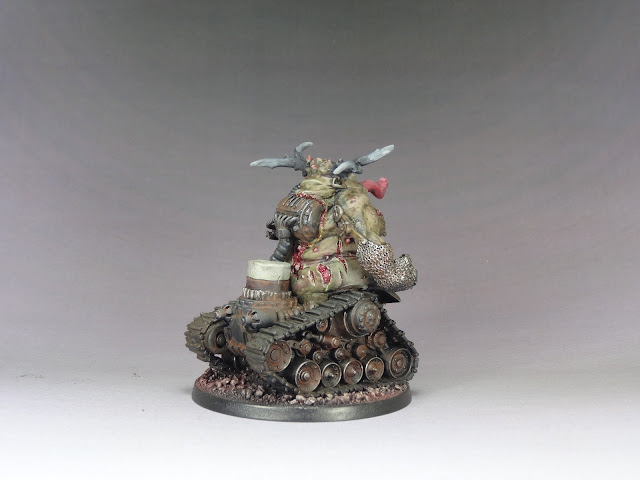 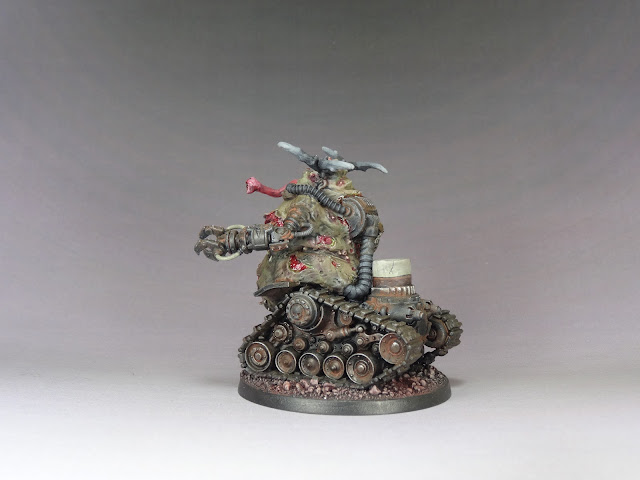 Painting wise I've fallen into a trap I usually try to avoid by all means ! I don't really fancy big models with a large area of the same colour, it looks dull to me. So when I worked on the skin of this big fella, I tried to give it many nuances to represent a decaying skin and make it more interesting. Problem is, it still looks too uniform to my taste...
I think I should have painted larger areas in different colours instead of making it subtle. Now he looks like an old turd on a cheelchair which is a good think I suppose but not exactly what I had in mind either.
Well he's done anyway so that's the main thing ! 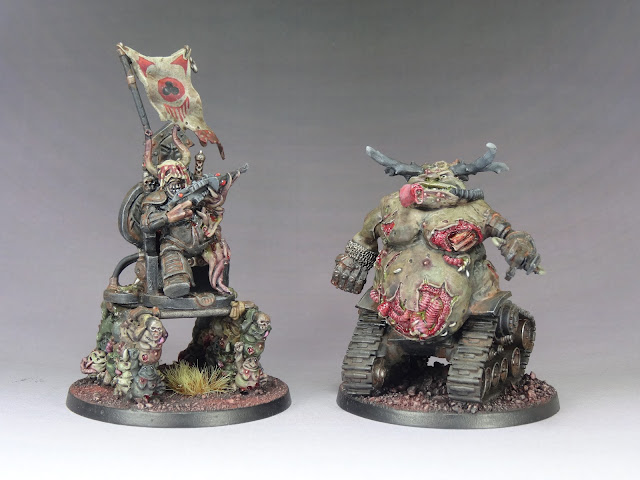 Just one Greater Demon left to do and I'll have the main pantheon covered ! Isn't it great ? ^^ 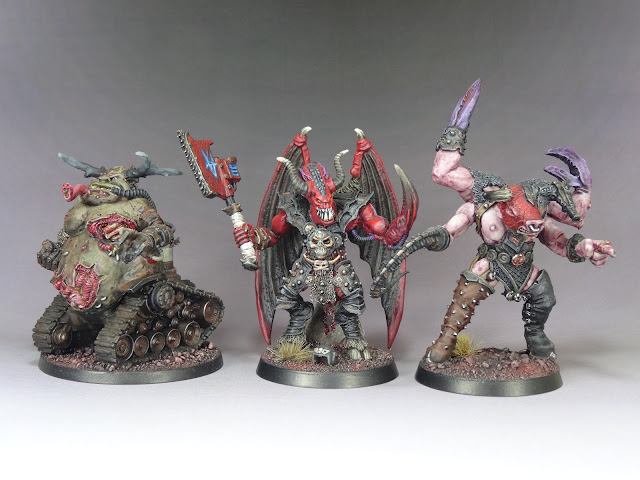 After ending a few commitments recently, I'll go back to all friends I've neglected for way too long !