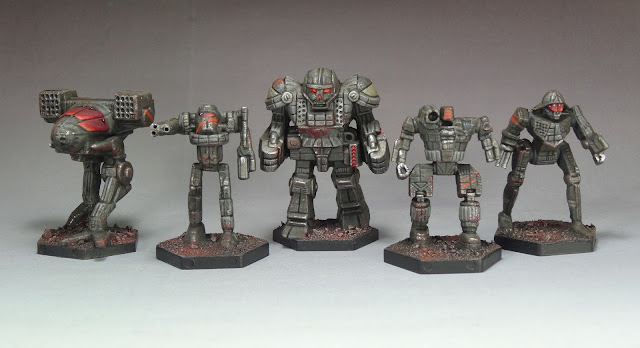 A week ago, I had absolutely no idea these would be painted or that I would even have them...
That's what it is to have great people around you. Let me just explain a few things.
This WE, a fistful of friends and I are gathering at a convention in North-Eastern France to have a few oldschool games and amongst them, my pal Goulven has offered to GM some Battletech (providing table and miniatures as well).
Now It's been more than 15 years since I last played any Battletech and the time before this one was so long ago I cannot remember.
Fast forward a few years up until last week when I was in Ireland in the exquisite company of my friend Cheetor/Sho3box and here he is getting a bagful of models to pick from... 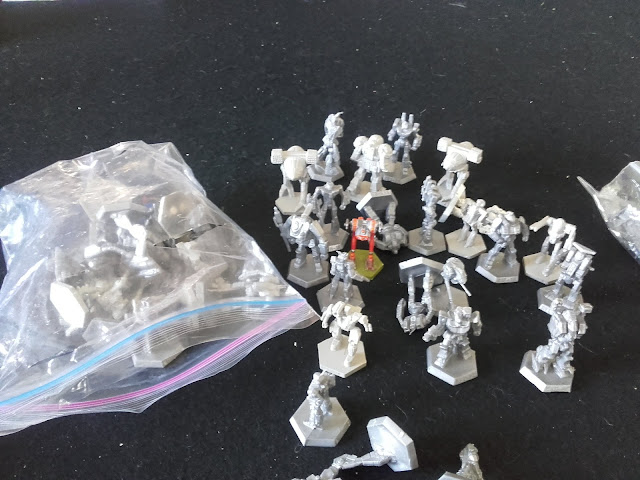 Yep, as much as I like enjoying a game run by a good friend, I do like to have my own models and there are projects you want to give a go to without fully committing...
So I thought seizing the opportunity to paint a small group of robots was a good one !
Of course it's also a silly idea since I have still plenty of things to prepare for this WE but you know... 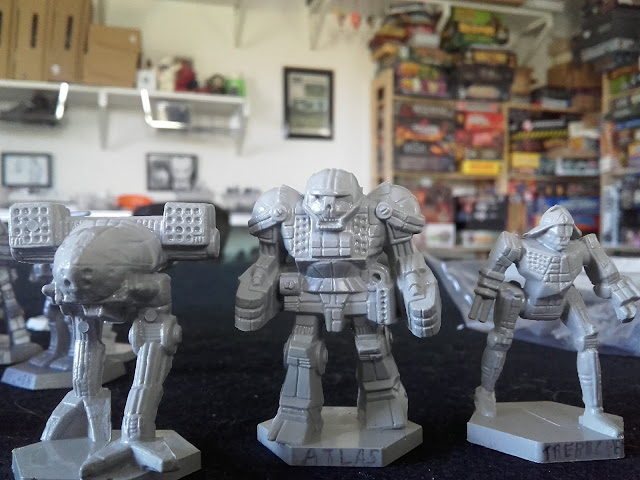 As you can see, the models are pretty rough, there's nothing to do about it but embrace it so after some cleaning, I just opted for some fast rewarding process. Yes the injection points are visible and could have been hidden. Yes a few places are hard to read and the blending on the optics and windows could be smoother but they're done and good enough for a table and they took me like 3 hours tops, leaving me time and energy to finish more scenery for our games so I think it's a good compromise in the end. ^^

Since I just had a bucnh to paint I selected which, it was out of question to get the soft plastic ones because even I have a limit to how stupid I can get. So I picked my favourite from the plastech set. 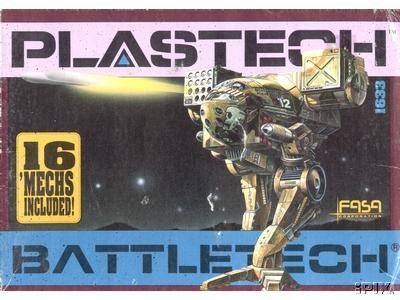 Now the first I picked was obviously the Atlas since it's probably the most iconic of all : 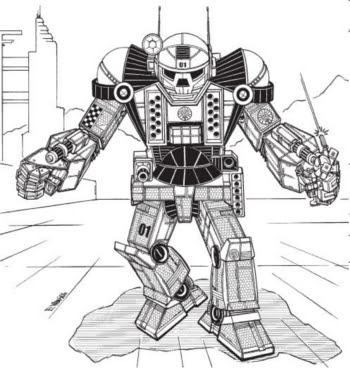 Then another classic with the catapult : 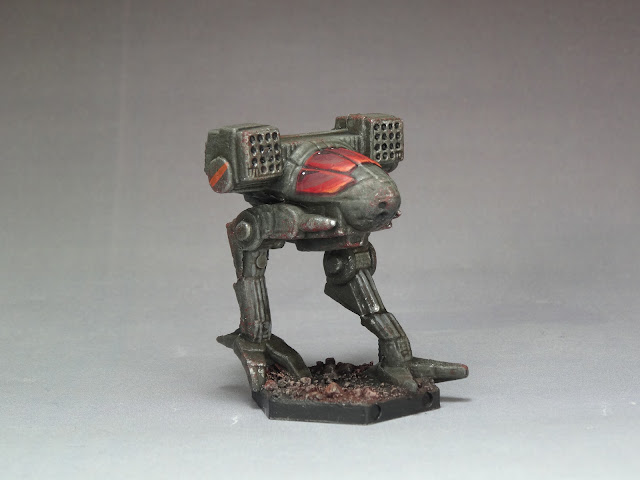 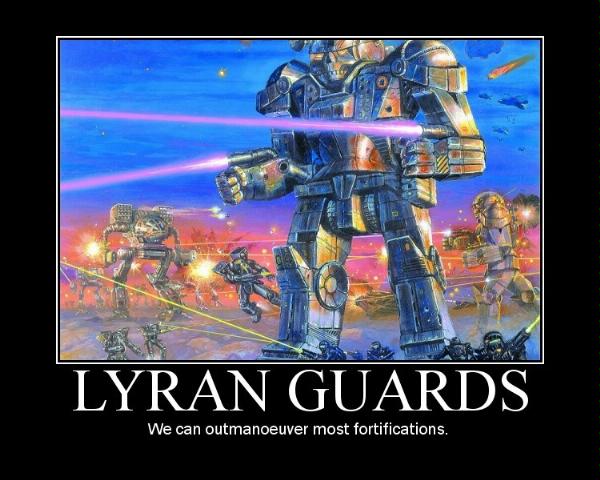 Then came a Trebuchet : 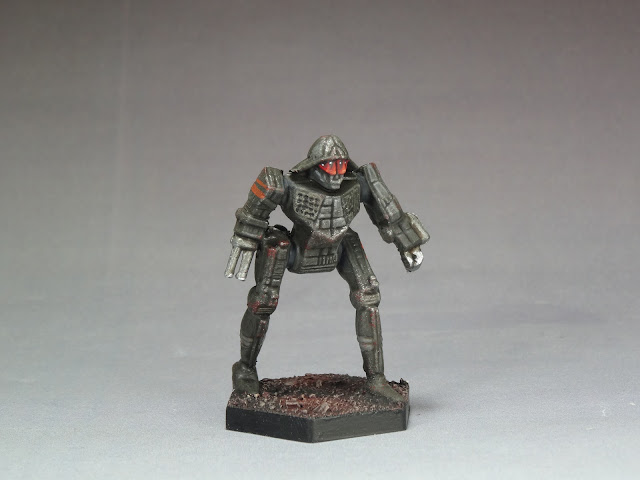 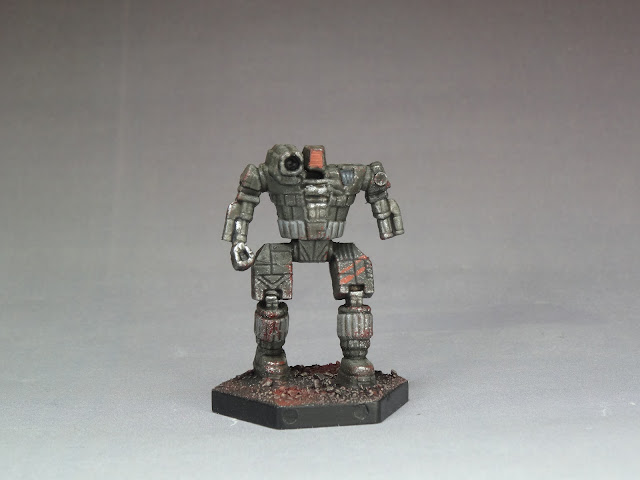 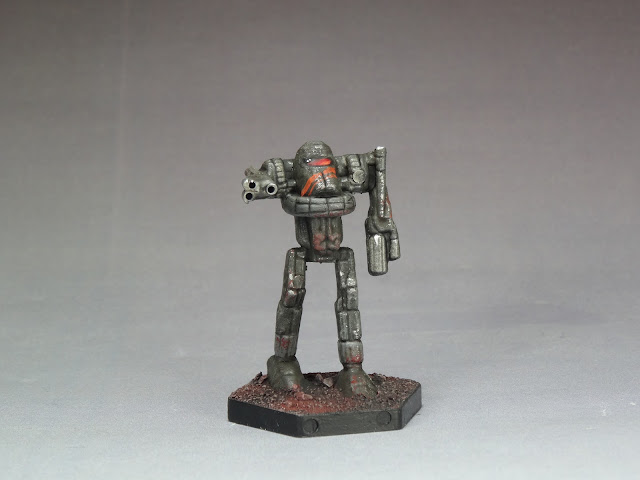 So here they are, a bunch of good old Robots which will have an opportunity to camp in lakes, drinking Perrier and eating ice-cream to cool off while shooting stupid amounts of ammo.
Pics of the battle to come. ;)