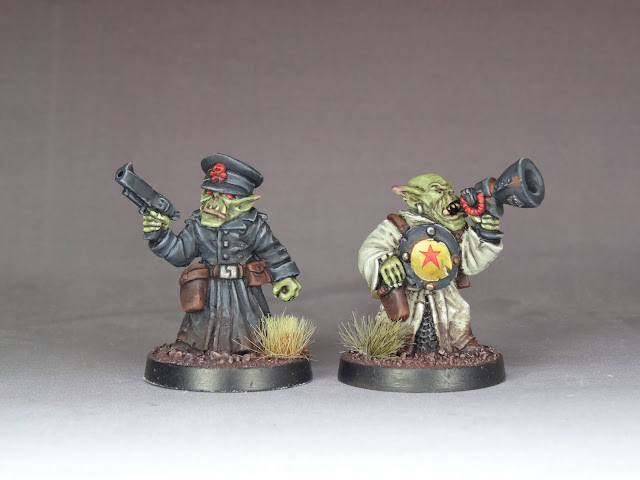 Last Christmas, I gave you my hear... no no no wait, sorry. Last Christmas a group of friends I have the pleasure to be part of have decided to have a little secret Santa amongst us with the very simple aim to each give and get a surprise model we'd paint in the following month !
Everybody loves surprise models right ?
Now I was the lucky recipient of a funny little ork Kommissar ! 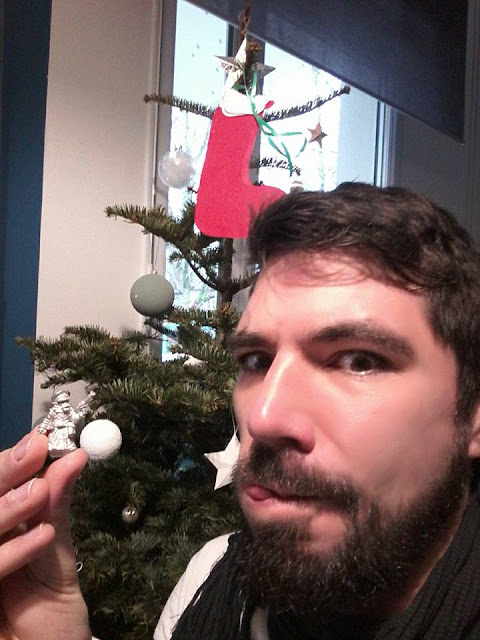 Of course, this guy went right on top of the paint queue to be done in the given time. Seeing how some people had been VERY generous, my (not so) secret Santa judged one ork Kommissar wasn't enough and just as secretly sent me an ork cheerleader as well !
Now when I received the second guy, the first was already painted and ready to be blogged but after a little thinking I realised the 2 were just the Yin and Yang of orkish motivation !

Being a Kommissar, the first had to be that sinister and threatening guy all in black. That meant the other had to be white and a bit more Jolly (although most of his songs and motivational speeches would be considered as offensive and plain rude by all over species).
Think of them as lesser incarnations of Gork and Mork, the 2 sides of the Ork psyche. 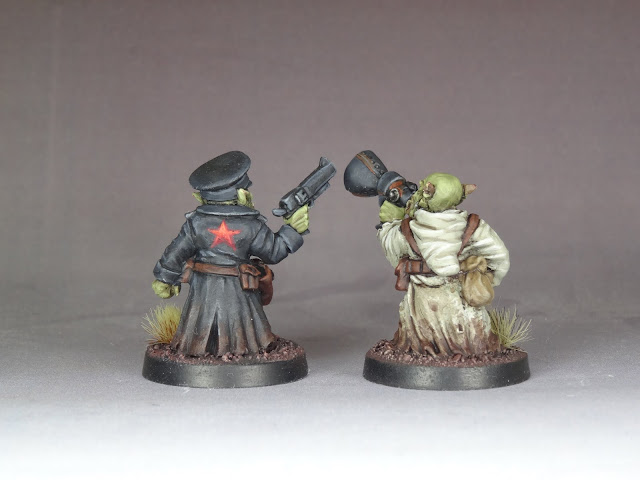 I don't know much about the sculpts, they're quite simple and rather crude in some aspects but I do know they are full of charm and I like their different build and style even if I find it blends just right in amongst other greenskins ! They're straight to the point and paint themselves which for me places them in the "great models" box. 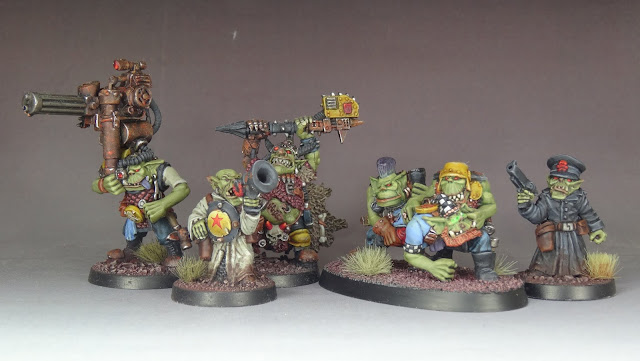 January is still being an extraordinary month of painting although it's due to bad reasons but let's see the bright side of things right ? Right now, it feels good to hold a brush and I'm fairly happy with what leaves the painting range so far so let's ride that wave !
Publié par Asslessman