Duke Lion, Hero and member of the Oldhammer legacy band 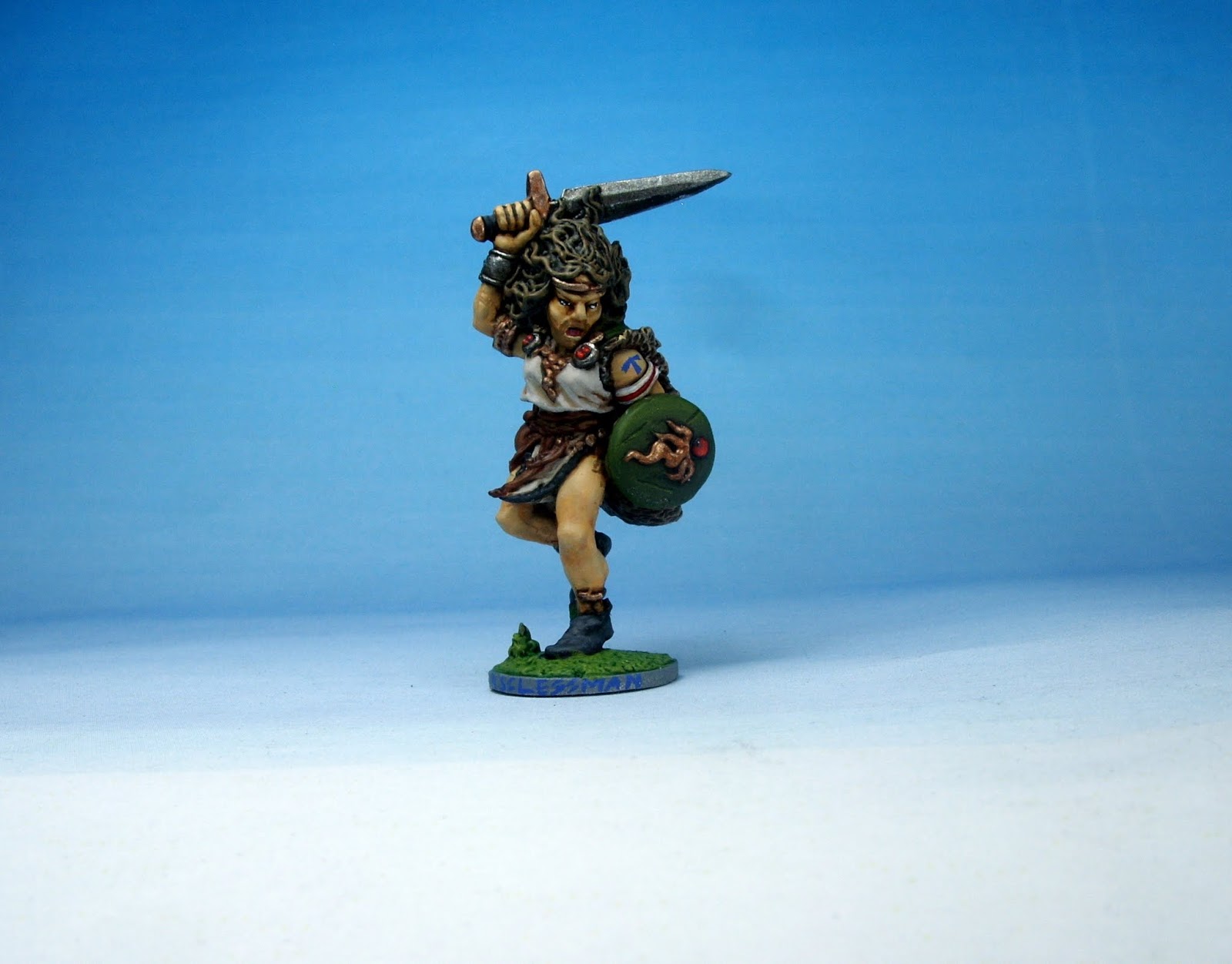 There's been a challenge launched on the oldhammer forum lately which is one of the best to have ever taken place. We owe it to Axiom who decided to organise a group project where every contestant would paint and submit a model to a team which would be attributed randomly to one of the contestants.
Not only does this challenge offer the chance to win a complete band but it also enables the members to work on a project with the same rules. All the choices have been made via democratic vote (and some rebellion) and we finally ended up with a band of heroes of Good from all kinds of different races and all kinds of different horizons, all tied by the will to act heroicly for the good cause.

You can see everything about it in the main thread HERE with all the contestants and entries so far and you can also see Axiom's entry (the challenge organiser) and some better explanations HERE.

The model I decided to enter is an old Asgard reference sculpted by Jes Goodwin himself and which you can get from Alternative armies along some other references of the sort.

You can note that the model's name is "FIREDAUGHTER" ... Well, I may have missed part of the information given in it... I actually remembered the name just when I went to the alternative armies site to get the link and I suddenly understood why I felt he was quite heavy chested...

Funny thing about this is that the beard I decided to paint is the absolute last thing I painted on the model while looking for something to add. I could have ended here but I just thought : "why not add a poorly shaved beard?" and here it is.
Well too bad for me, Firedaughter is no more let's make place for DUKE LION ! I think the mistake is not a big thing. The bulk of the model and the pose are perfectly masculine to me and just look at Conan and other barbarians, they often have breasts twice the size of their feminine counterparts... (and if some want to be real picky, let's say a band having half-orcs, dwarves, elves and slanns in it can also a trans-gender barbarian...) 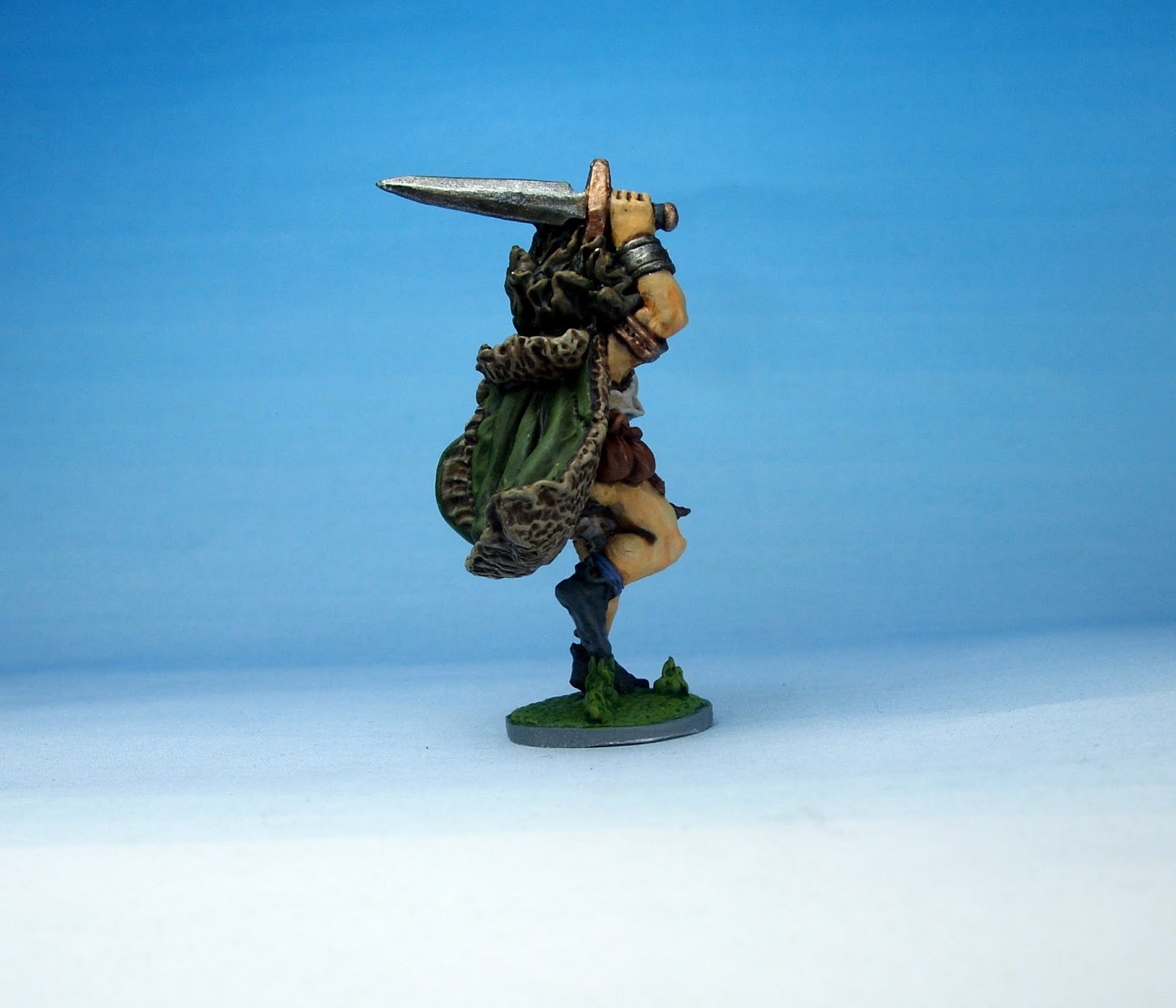 The colourscheme was very easy for me to choose since it is one of the restrictions of the band (meaning I had no choice). An olive and bone colourscheme has been voted and that suited me just fine. I gave a bright nice skin as befits a true hero and I added some jewelry and fancy attire to liven up the model and to show what a hero he is.

The Tyr rune tattooed on his left arm is also part of the common traits we have to use in this challenge.

I thought about painting it in broad on the cloak but I preferred to opt for a more discrete (and let's face it, easier) display with a tattoo.

I'm really happy with how he turned out even though the sculpt had serious casting problems.

Now the Duke is up and ready, he can join his fellow companions :

Seeing this I just feel the urge to make myself a paladin like the one on this picture... 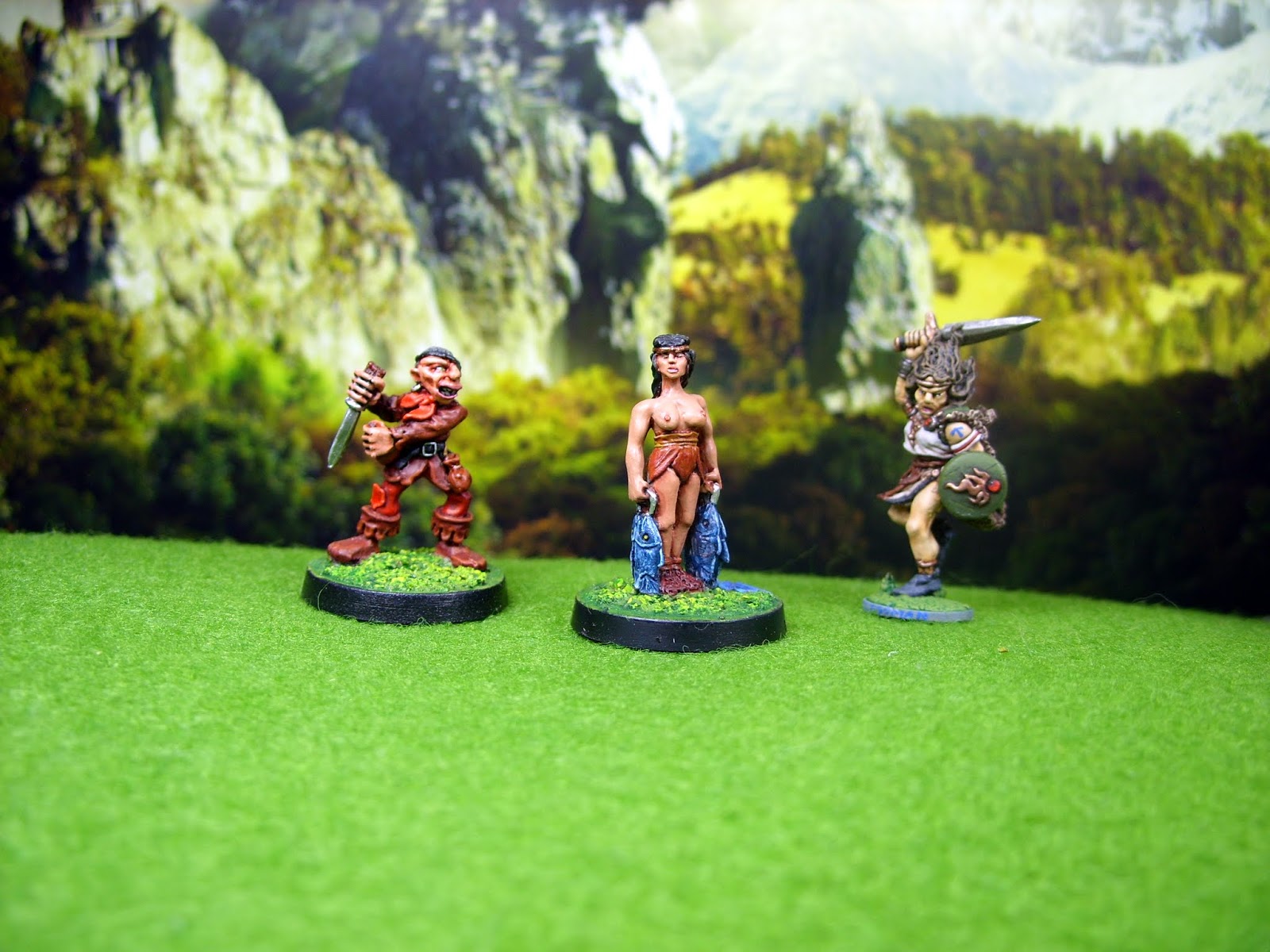 On his way, be sure Duke Lion will save the innocent from evil...
And that he will oppose every evil-doer he encounters... 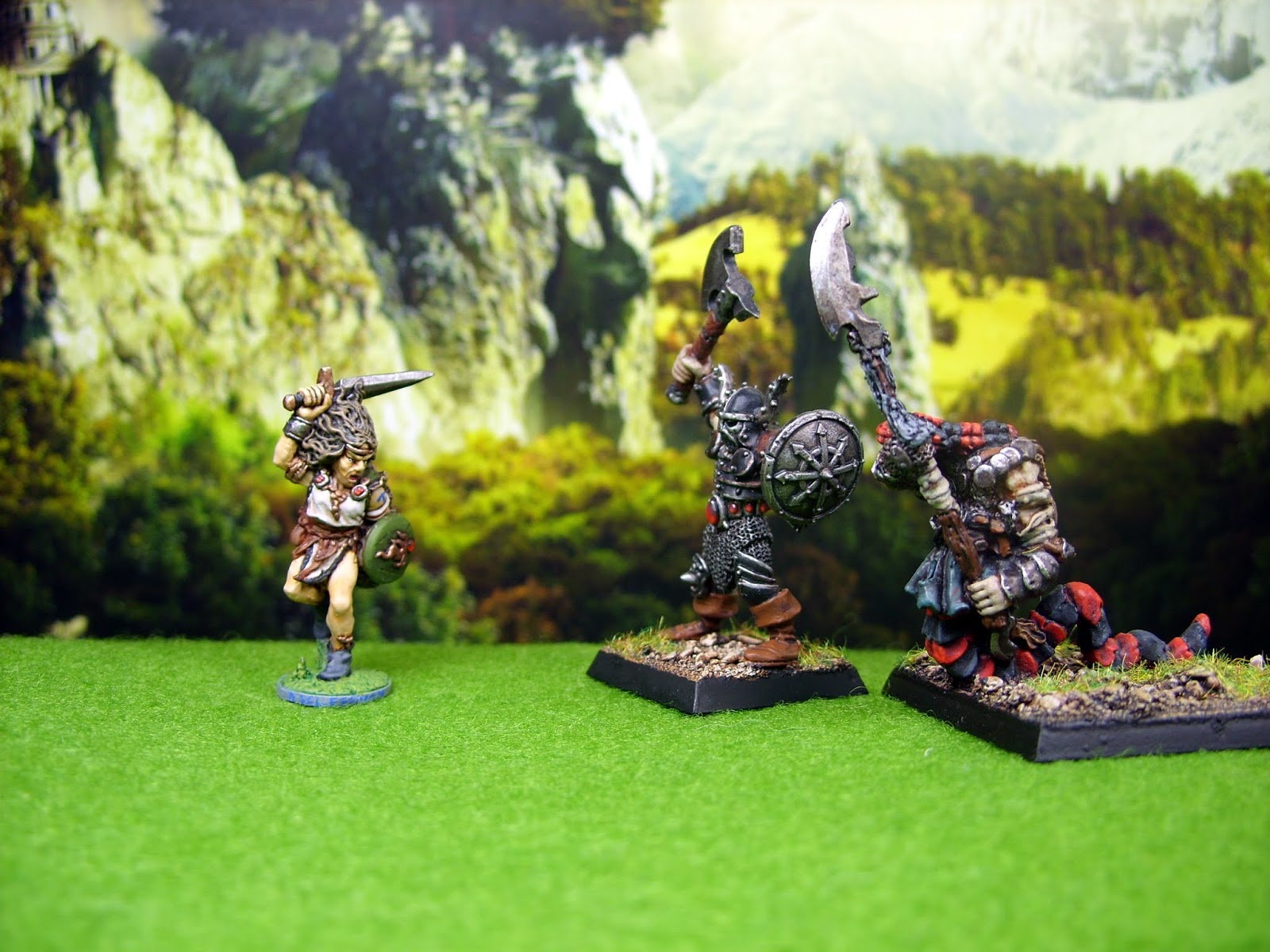 I normally tend to put music clips at the beginning of my posts but this particular song (though I love it a lot) seems to either make cry on laughter or irritate people (especially the very long bridge...) so here it is anyway.

Next time, expect to see some of the very little light left in the 40k Universe, a true follower of the Starchild and a hero of Good like no other...
Publié par Asslessman